Team Pursuit – what happens now? Australia with a chance for bronze despite crash in qualifying

With silver medals in London and Rio, the Australian men’s team pursuit had hopes to stand one step higher on the podium in Tokyo. After a crash in qualifying on Monday evening, that’s not possible. The best the Aussies can hope for is a bronze medal in Japan. 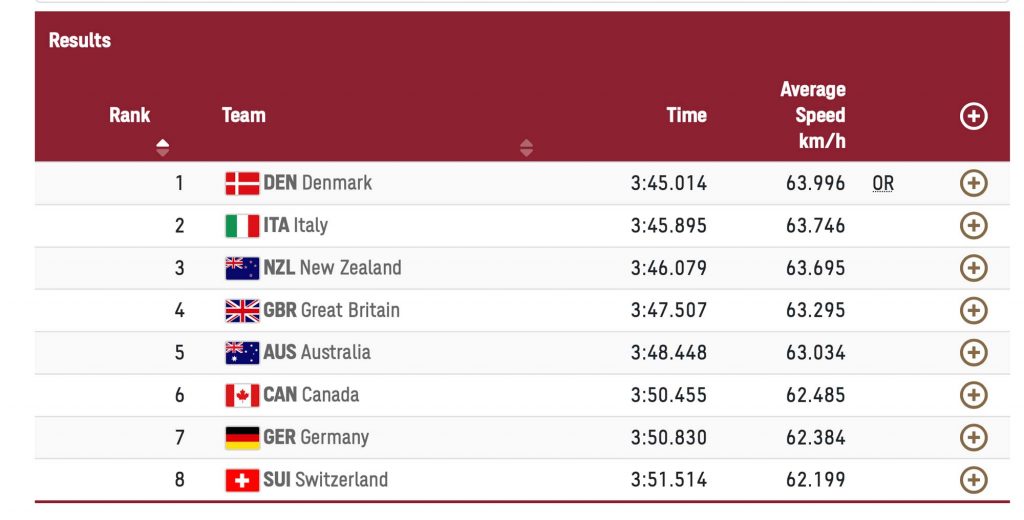 The rules spell it out but it’s easy to get confused about how the team pursuit medals are decided. What we do know is that to win the title it’s best that all riders stay on their bikes. That wasn’t an option for the Australian starter in the qualifying session in Tokyo. Alex Porter had just finished his first turn at the front of the quartet – also including Leigh Howard, Kelland O’Brien and Sam Welsford – when dreams of gold came tumbling down. And it all happened because of the failure of a costly component.

Equipment failure – a snapped stem on Porter’s bike – meant that the Australian team’s first ride was cut short a little over a kilometre into the four-kilometre event.

Nursing nasty wounds from the incident Porter marched into the pit area, clearly – and not surprisingly – fuming about what had just happened. Not only was he injured, but his hopes of a gold medal were being shattered by something that was beyond his control.

At this point in the competition, exactly who cops the blame is irrelevant and, frankly, it’s also a distraction while racing is ongoing. But when the dust has settled, there should be a considerable inquiry about how this happened and who is responsible. 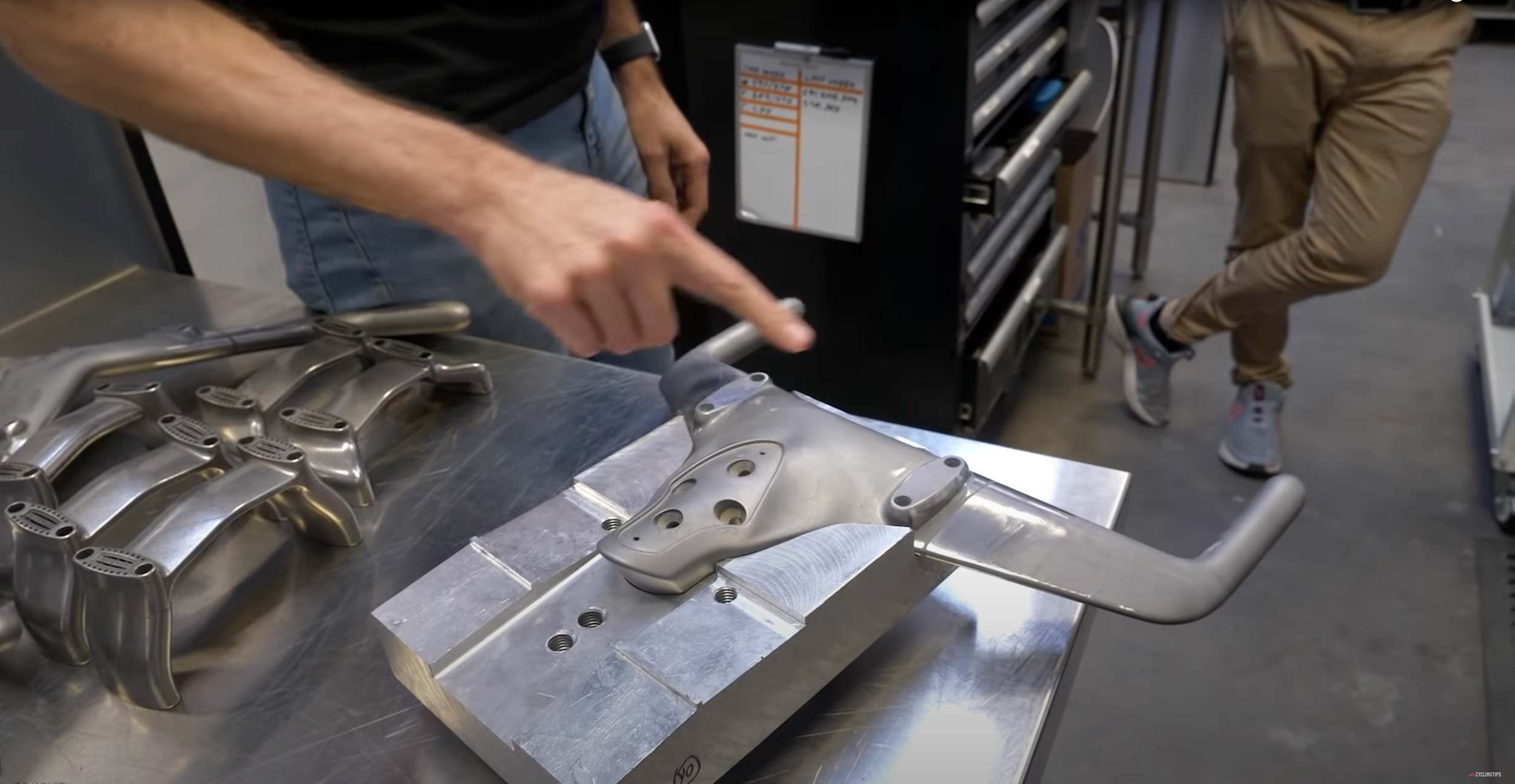 CyclingTips recently published a feature about Bastion Cycles, and the 3D printing of particular bicycle components. The handlebars featured in the video have a strong resemblance to what was used on Alex Porter’s bike.

For now, there is speculation about the manufacturer of the part in question and the logical conclusion is that the stem comes from a third-party supplier, not the Australian cycling team’s bike sponsor, Argon 18.

There’ll be more written on the broken stem for years to come; in the meantime we wait for confirmation from the team, the mechanics, the coaches and the equipment supplier to find out who did what, and why it failed.

There is, however, no escaping the reality that the Australian men’s team pursuit squad missed a golden opportunity in Tokyo. And although the same quartet as the original one – including a wounded Porter – would ride for a time again (once the medals for the women’s team sprint were decided, and after the British team had completed its ride in 3:47.507) the best they can achieve is a bronze medal in Tokyo. 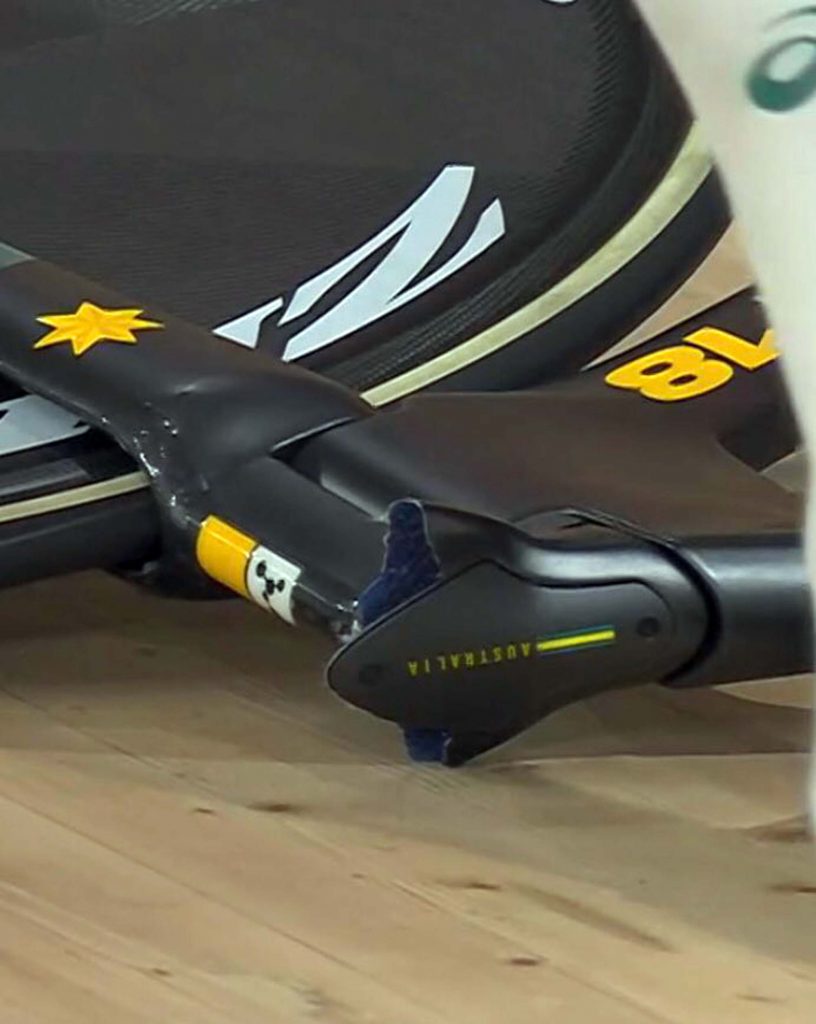 So, what happens next in the first round of actual pursuiting (two teams on the track at the same time, rather than one at a time as it was on day one when qualifying provided a time as part of a seeding run), is as follows:

For Australia, there is a chance of a bronze medal and although there are other riders in Tokyo to come in should Porter’s injuries from his crash prove to be too severe, he was the designated starter and Porter was expected to be part of the core group.

Luke Plapp is likely to ride on Tuesday but exactly what the order will be remains to be seen.

Between the crash and the chance to ride for a time after the delay, the Australian team pursuit coach, Tim Decker, did shuffle the order of the riders.

Porter, complete with facial wounds (and after having conducted a concussion test), still had the starting duties but Sam Welsford moved down the line, to be second wheel rather than fourth – as he had been for the kilometre-and-a-bit of the first ride.

The riders who are in contention for the bronze are sure to be motivated and we can be thankful that only one of the team is injured because of a crash caused by a catastrophic failure of a component. Porter was at the back of the group when his stem snapped and he was the only rider involved in the crash.

The latest chapter in what seems like a never-ending saga of the Australian men’s team pursuit’s quest for Olympic gold is still being written but it won’t end with the gold medal they had been hoping for.

In Beijing, the Aussies faced off against New Zealand in the bronze medal ride. The Kiwis won, and Australia scored the chocolate medal – fourth.

In London and Rio it was AUS vs GBR in the gold medal ride. Both times it took a world record for the Brits to beat the Aussies… remarkable racing and British success both times.

In Tokyo, it seems that the world champions of 2020 – the reigning world record holders – are the team to beat. Denmark holds the aces. And Australia is mopping up the pieces of another interrupted campaign.

As for the Australian high-performance director labelling it “entertaining”, that’s another story for another time… when, once he’s exited the program, all that has been left unsaid about Simon Jones may actually see the light of day. For now, we continue to cheer for our team and wonder: can one of the favourites of this beautiful discipline score a bronze as a consolation? There are two more days to go before we get the answer.