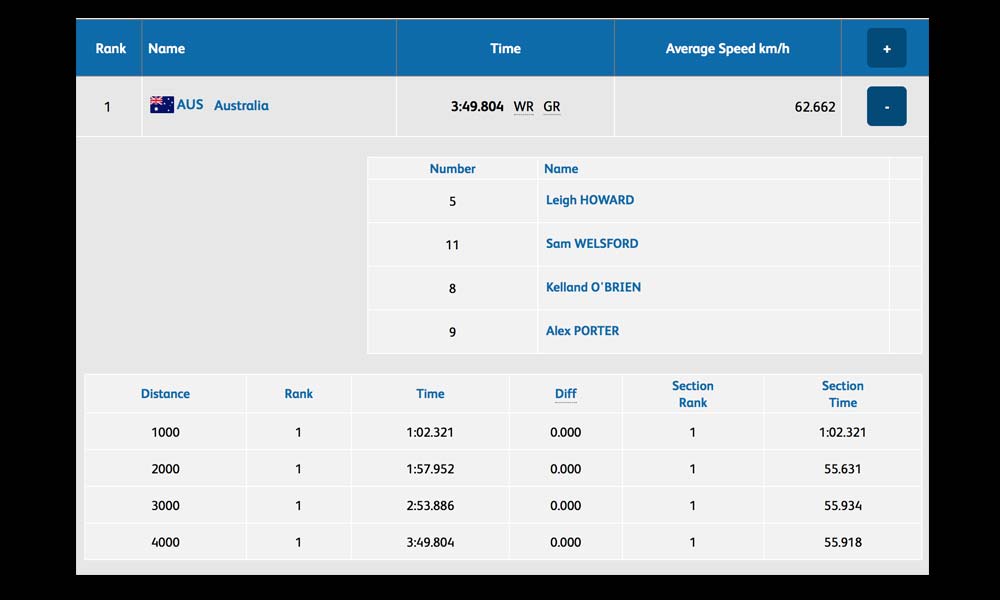 This is Australian track cycling’s moment to savour: a world record, the first team under 3:50, in front of a home crowd… oh yeah, and they won a gold medal.

Kelland O’Brien came in for the final on Thursday evening. He replaced Jordan Kerby who raced qualifying earlier in the day – will ride the individual pursuit on Friday. But Sam Welsford, Alex Porter and Leigh Howard were there again: two rides in a day.

It was the Olympic final in 2000 when the four minute barrier was broken. The Germans did that and it was remarkable.

These days, juniors are posting times like what won gold in Sydney. These days, the four minute mark is “pretty good”. These days, it seems that there is no limit to the speed that four young blokes can conjure in the right environment.

Tim Decker did the call. He is the coach who deserves the credit. He helped make this happen.

It was a formality, it seemed, to get the 3:52 in the afternoon session. A few hours later, it was a little messier. But it was oh-so beautiful to watch.

It began with a false start. The Poms, on the other side of the track, spoiled the rhythm a little. Alex Porter* seemed to get out of the gate perfectly the first time. Then, because of the hiccup – and the need to re-engage for the restart – it seemed implausible that the magic 3:50 mark could possibly be eclipsed.

Leigh Howard didn’t do a ball-tearer and peel off when he was cooked, he just missed a wheel as he swung back down with about three laps to go. At that speed, at over 65km/h, getting back on the wheel when there’s daylight in front? It’s a big ask. He tried. He faded and then he sat down near the black line and watched his mates ride away and onward to victory.

Okay, the gold medal…? Yes, that’s the icing on the cake. But really, it’s the time that we’re talking about here. It’s the fact that, for the first time since the 2008 Olympics, a nation other than Great Britain owns the world record.

This is a time to celebrate and talk about for a long time yet.

Congrats guys. We salute you… and look forward to hearing how you saw it.

*Note: it was originally reported that Kelland was the starter: it was, in fact, Alex Porter as we have been reminded…

Proud mumma bear, just letting you know Ride Media that Alex Porter was the starter for both rides 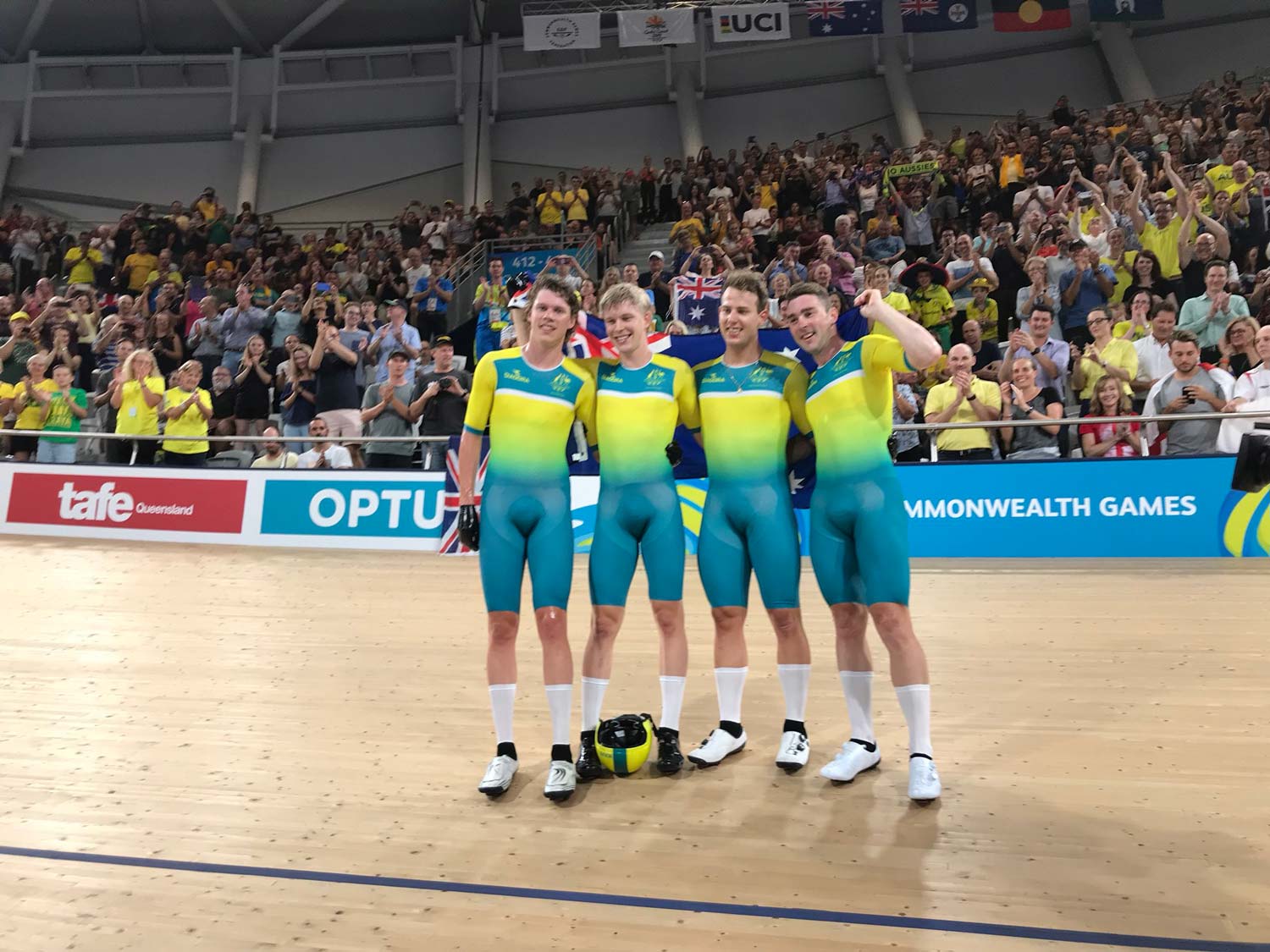