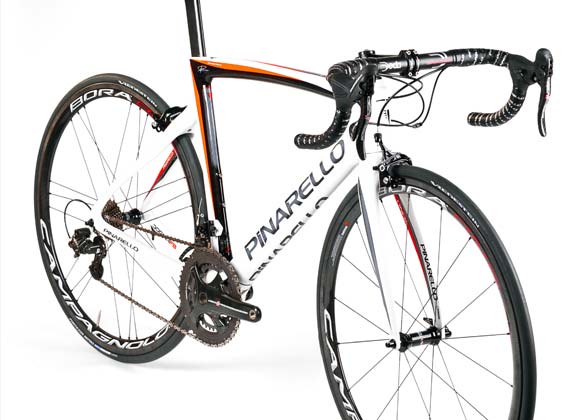 The third of the five bikes on test in RIDE Cycling Review #70 is the Pinarello Dogma F8, the frame used by Chris Froome to win his second Tour de France title. Our test bike came with a significantly different set-up to that used by Team Sky – with Campagnolo Super Record rather than Shimano Dura-Ace, for example… so it’s not a comparison, rather an opportunity to sample one of the most desirable bikes on the market. 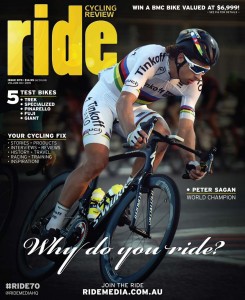 At the time of the Dogma F8’s release (in June 2014) it was a ground-breaking aerodynamic product that was the result of a collaboration between the pro team and its car sponsor at the time, Jaguar.

We have published several features on Pinarello and the work the Italian company has done thanks to its long-standing partnership with Team Sky (see links below) but for the online extras for the bike test in RIDE 70, we have a gallery of 45 images.