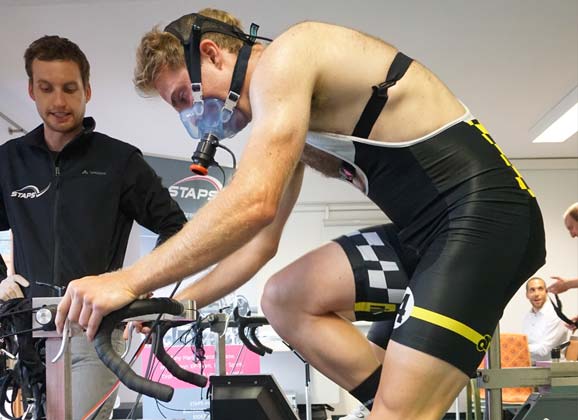 RIDE 69 features numerous bike launches from the pre-Tour de France period when companies were rushing out releases in advance of The Big Race. Jack Lynch was at the presentation of several launches including Trek, Bianchi and Cannondale. While in Austria for the unveiling of the SuperSix Evo Hi-Mod and CAAD12, our tech editor was subjected to a VO2 max test in Kirchberg. It happened on an afternoon of a day that featured a big test ride in the morning so, by the end of the session, young Jack was at his limit. Here is a summary of the session to give you an understanding of the physiology of our main test bike rider… 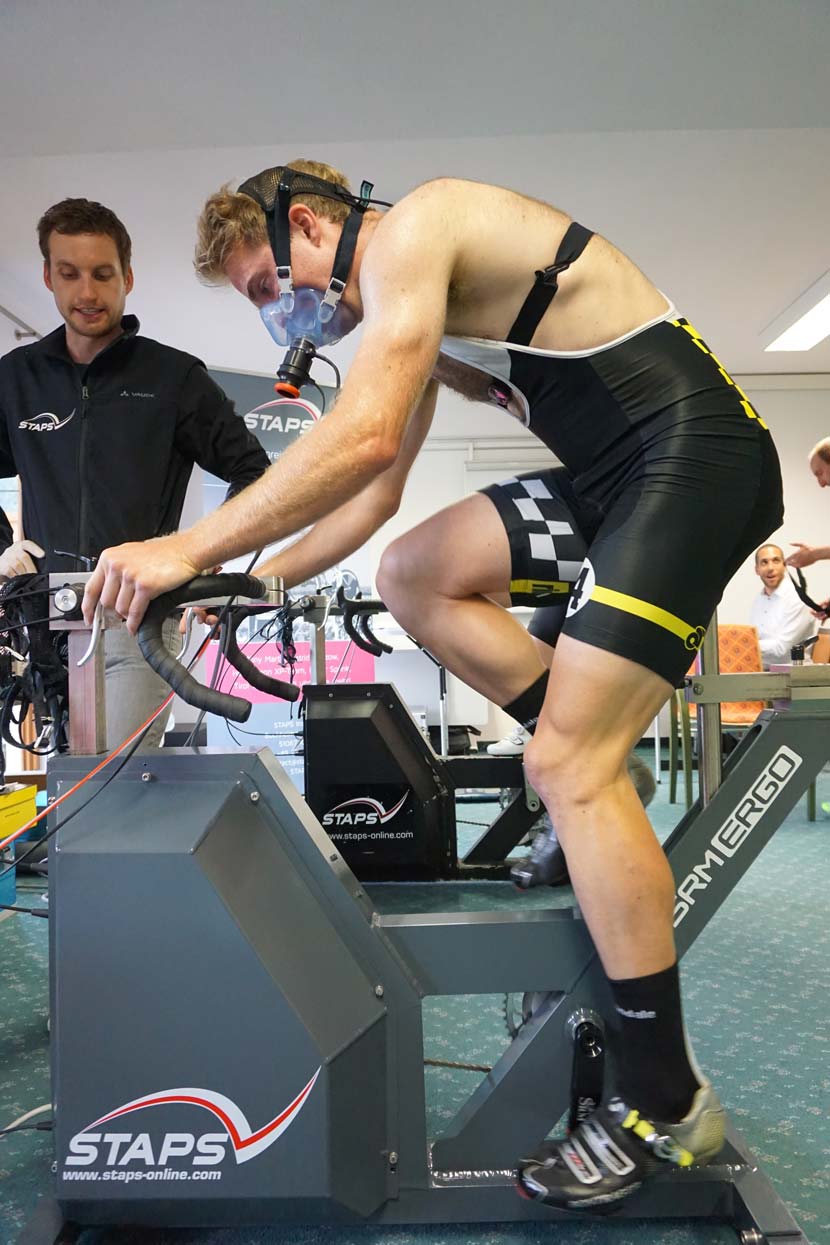 An ergo session with Cannondale…

By the time I arrived in Austria I had been riding in Europe for nearly three weeks. When overseas, regardless of how the legs feel, the mind is always keen to explore and ride new roads. As a result, I had been putting in more kilometres than what I was used to. Yes, they were sandwiched between trips to wineries, pizza shops and cycling factories, so I was feeling tired but at least well-fed and strong.

The Cannondale launch in Kirchberg was supposed to replicate a professional team’s training camp, including plenty of riding, food, massage and testing. Timing was pretty tight as everyone was keen for a massage, some wanted to test their athletic mettle and we only had two nights to get ourselves organised.

After a long morning on the bike across mountainous terrain, I decided to take advantage of Cannondale’s offer of a massage. It was not quite what I expected when meeting with the familiar-looking therapist who was clad in Lederhosen. “Busy morning?” I enquired, after being instructed to remove my clothes.
“Yeah, kind of,” was the Austrian’s response. “I usually work on reception so… you know…”
I chuckled to myself and thought, ‘oh God, what have I gotten myself into?’

For the record, Michael the Austrian massage receptionist did an okay job considering his inexperience. I was thankful that he didn’t rub my legs too hard because I was subjected to physical testing immediately afterward. Anyone who’s had a sports massage understands that some time off exercising is recommended post treatment.

I went into the ‘test lab’ – the hotel’s conference room – with butterflies in my stomach, as is customary before any form of expected extreme physical exertion. The expressions on the other journalists’ faces after completing their efforts were telling, and I knew I was about to be in some pain. The mini-lab was assembled and managed by the German sports science facility STAPS, which has helped many elite triathletes and cyclists including Tony Martin and the Cannondale-Garmin team.

Testing was pretty standard. My height, weight, and skin fold readings were recorded before getting started. (This was a little confronting as I hadn’t weighed myself in over two years! Surprisingly, I think I was about the same as I ever was – no ten-point diet plan, just living life.) Then it was 10 seconds of flat-out riding on a trainer from a standing start – you’d be surprised at how much you can hurt yourself in such a short period. After this, the tester took a sample of blood from behind my ear every minute for about ten minutes to establish lactate clearance rate.

Then, it was onto the VO2 Max test. This is a test I have always been interested in but have never done on a bike in a laboratory. It was a pretty funny scenario, my STAPS testers were encouraging me to ‘push harder’ and to ‘keep going’ and I laughed at them saying I was fine and not to worry. 30 seconds later, I was in the bin. I had stopped pedalling and could hardly walk.

I asked Marc Sauer from STAPS how he and his team knew I was about to capitulate to which the answer was, “it’s all in the numbers.” This made me think about the professional riders and how the information produced by power meters and heart rate monitors can influence the way they race. Not for too long though because it gave me a headache and I was keen to see my results!

My VO2 Max result was considered ‘very good’ on the STAPS scale, as was my body fat percentage. Sauer told me that the difference between my modest amateur performances and a WorldTour berth was my body’s ability to deal with lactic acid. Based on these results, I am able to clear 0.66 milimoles of lactate per litre of blood per second. An untrained person, I was told, can clear about 0.30 mmol/l/s and the world’s best riders are able to rid themselves at a rate of 0.90 mmol/l/s.

So how do I change this? Unsurprisingly, it’s very difficult. To make improvements I was told to fast for twelve hours or so before embarking on a 6-8 hour ride and not eating on the bike. I don’t fully understand how this helps but, apparently, if I do this three or four times a week for six months I will see marked improvements – hmmmmm, no thanks.

A fun outcome of STAPS testing is that the scientists give you a prediction of how long you’d take to ascend Alpe d’Huez. For those interested, mine was about 52 minutes. If I improved my lactate clearance slightly it would be around 50 minutes. I think these times are a little exaggerated but it would be interesting to ride it one day and test STAPS’ accuracy.

I asked Marc Sauer if my body’s fatigue would have impacted my results at all. It surprised me to learn that it apparently wouldn’t have . I was always told that a ‘true’ test of fitness must be prepared for as if it were a race. Sauer said there were slight variations but it varied person to person and that I should be happy with my numbers and not worry about ‘what could have been’.

The take home message from Cannondale’s testing opportunity is that I shouldn’t quit my day job. As I’ve always said, pros are pros for a reason – they’re freaks! Testing provides motivation and helps you understand your body a little bit better. There are plenty of public facilities that will test a recreational cyclist for a fee. It’s worth investing in if you have any interest in your athletic potential.