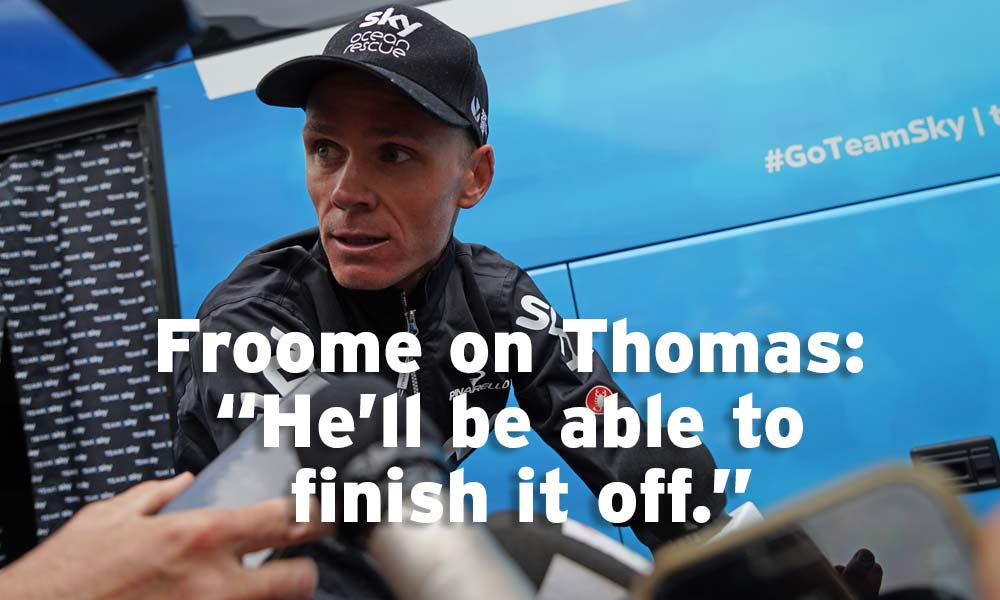 Any doubt about who the real leader of Team Sky is at the 2018 Tour was erased on the road to the high point of the race. Froome says it’s Thomas…

They started stage 17 in first and second on GC, only 1:39 apart. Geraint Thomas and Chris Froome, in command on the final Wednesday of the race. Then came 65 fast, tough kilometres: up, down, up, down, up…! And in less than two and a half hours, the leadership question at Team Sky has been answered.

Thomas finished third at the highest point of the 2018 Tour de France, the Col du Portet. He gained four bonus seconds. He distanced his main rival, Tom Dumoulin, by five seconds. Then, crucially, Froome reached the finish 48 seconds behind the Welshman. The abdication seemed to be coming and, after stage 17, almost everyone at Team Sky admits that the time for a leadership change has arrived.

“It was a very intense day but I’ve got no regrets,” said Froome, moments after emerging from the Team Sky bus to cool down.

“G has ridden such an amazing race and he deserves to be in yellow – and, fingers crossed, he holds it now until Paris.”

And that, as they say, is that: as far as everyone is concerned the leader at Team Sky is also the leader of the Tour with only four stages remaining.

It was shaping up that way but everyone seemed to be hedging their bets since the first day in the mountains when Thomas took a stage win and, with it, the yellow jersey.

Slowly, but surely, the pendulum has swung in favour of Thomas, even Chris Froome acknowledges it now and he wishes his team-mate all the best – while also promising his support – as the peloton approaches the finish in Paris on Sunday. 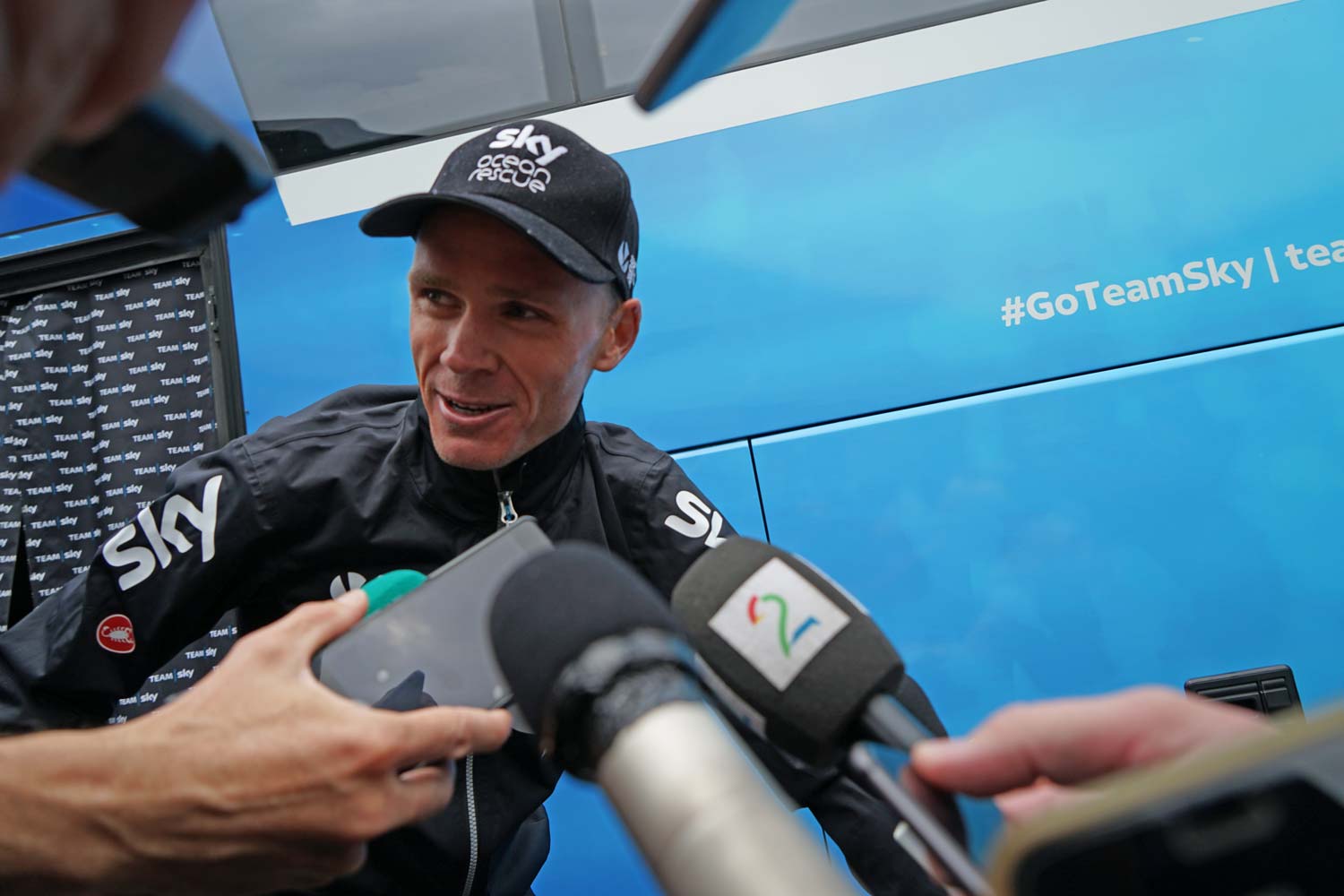 “That’s professional cycling,” said Froome when asked if it would feel strange for him, as a four-time Tour champion, to now slot back into the role of super-domestique.

“That’s what a team is all about. I’m happy just to be in this position. I’ve won the last three Grand Tours I’ve done now, so it’s certainly been tough build-up for me but I’m still going to try and fight for the podium and try and obviously keep G up there in yellow.”

Team Sky had the weight of numbers on the final climb of the short stage with the youngest rider in the race, the Colombian phenomenon Egan Bernal, doing an impressive job with the pace setting.

When he eventually spoke to the media, Thomas singled Bernal for his performance, stating that he would put money on the 21-year-old one day “winning this race”.

Tactics came into play when Lotto NL-Jumbo started to show take a chance. Primoz Roglic, who is now eying off a place on the final podium, surged ahead early on the final climb, this action prompted a response from none other than Froome, who sat tight on the Slovenian’s wheel, never even looking like he’d do a turn.

“I saw Roglic moving at the beginning of the climb,” Froome told me, “so I thought I’d at least neutralise that move and put pressure on Tom to have to close it.”

Roglic, fourth on GC at 2:47, would lose a little time to G on GC – because of the bonus and an additional surge towards the line – is another TT specialist who is climbing incredibly well at the Tour in 2018. But it’s the time trial world champion, Dumoulin who is proving to be the biggest challenger in a race that continues to be dominated by Team Sky even if Froome has been replaced in second place by the Dutchman who is now 1:59 shy of Thomas’ overall lead.

Froome has been The Next Best Sky Rider in the past (ie. 2012 when he was second to Bradley Wiggins) and he’s slotted back into that roll five years since winning the Tour title for the first time. He’s happy that it’s a friend as well as a team-mate who he will be working for. More than that, he also believes that Thomas is clearly looking capable of holding off the late challenges from Dumoulin and Roglic… all the way through to the tough TT on Saturday and onwards to Paris.

“He looks really strong so I imagine he’ll be able to finish it off,” said Froome, before adding: “We’ve just got to try and look after him now, these next few days.”

What advice would the defending champion offer the rider who, in current form, seems likely to become the third British Tour winner? “I don’t think he needs any,” laughed Froome in conclusion. “I think he’s doing just fine.”