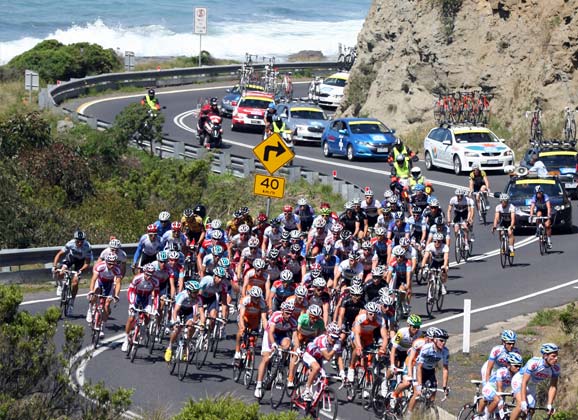 The future NRS: how about some community consultation?

Discussion is alive. The future of the NRS, however, is a little dire. What was once a prosperous series is now shrinking and it’s clear that people are interested in how to remedy the problem. With a little bit of consultation with some people involved in the National Road Series, we have conjured five suggestions on how to fix the NRS. We believe there are many good ideas out there in the cycling community… and hopefully this opinion piece will offer you some inspiration to also submit some ideas. 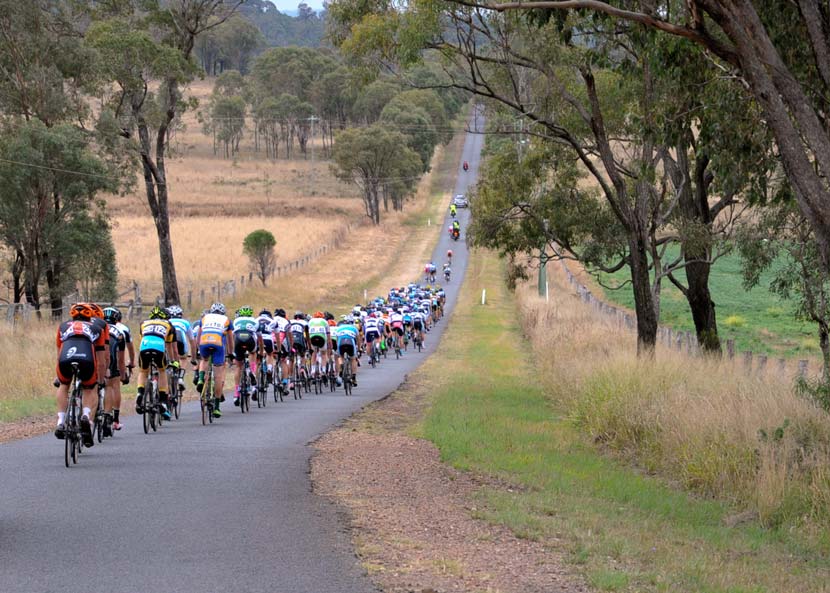 With the announcement that the Tour of Toowoomba, winner of the 2015 event of the year, won’t be run in 2016 as it has become a ‘victim of it’s own success’ we see an already shortened National Road Series shortened again.

The rumour mill suggests that Battle on the Border and the National Capital Tour may not be far behind Toowoomba, joining a list that already includes the Adelaide Tour, Tour of the Murray River and Tour of the Goldfields as races already struck from the calendar.

To be fair, the new organising committee of the Tour of Toowoomba state they will be back bigger and better in 2017…

Should we put a wager down that someone suggested adding a mass participation ride to the event?

Whatever the solutions may be, they will not placate the sponsors of teams who were sold on X numbers of races, not  X–Y-Z, where Y is representative of the Tour of Toowoomba, and Z is the unknown future of other events.

Some race have disappeared, others look likely to face the same fate – we wait to see if any other races are scratched from the schedule.

So where does it all leave us, the Australian cycling community?

And let’s make no mistake, cycling is a business.

Cycling in Australia has been built on the passion, dedication and graft of volunteers, so let’s not place the blame at the door of club presidents, committee members or corner marshals.

Even though cycling is romanticised around the globe for it’s roots, traditions, and doing things the way they have always been done, lets launch a stinging attack on tradition and break away from drudgery for just a moment.

The most successful businesses in the world model the successes of businesses that came before them. It’s like the ‘walk off’ in the original Zoolander. Replicate, then elaborate.

Rather than sending executives on junkets to Rio, why don’t we send them to the US or UK to have them see how they run their criterium series?

In the UK, they run an evening criterium series in regional city centres in front of massive crowds. In Australia, we seems to seek the obtuse time and location for crits. It’s like we run them behind a primary school in a tiny town. On a Thursday. At 11am.

Well, not quite – but even the so-called ‘Super Crit’ is held in an industrial estate…

Why? Is it a secret society?

Think of the regional cities that could play host to a five-day tour with a midweek twilight criterium, three road stages, and a Sunday morning criterium to allow teams to get home the same day. Ballarat, Bendigo, Hobart, Launceston, Newcastle, Mildura, Broken Hill all come to mind, hell so do Toowoomba and Adelaide…

The Tour of the King Valley did this to great effect in 2015 with its stage two criterium being held in Wangaratta city centre in the afternoon, hopefully other stage races look at the success of that stage and want a piece of the action.

There are so many team managers and riders who have raced across the globe, can we get them in a room and ask them what works and what doesn’t? Please?

If a punter goes to Adelaide Oval with a bat or a football they are not allowed to play for the Redbacks or Crows, and rightly so. Yet if the same punter buys a licence and a bike and can get themselves to a race, they are allowed on the start line.

Yet in the men’s National Road Series in 2015 there were more than 40 teams. Forty! Four of those teams were fighting at the pointy end for stage race victories, another four or five were competitive and capable of taking stage wins or jerseys, and the rest were following a noble goal of creating a platform for young riders to make the next step in their careers.

The problem with that goal is the team still needs sponsors, and that means there are 40+ teams all battling for bikes, wheels, components and money to get to events.

Let’s model the European soccer system and have 10 teams in the NRS with a promotion/relegation system. Smaller teams can learn their craft and get a taste for winning in state competitions such as the well run Victorian Road Series and earn promotion to dine at the top table.

Surely this would provide a strong bargaining chip when it comes to applying for police permits when organisers can argue that there will only be 70-80 riders all of roughly equal ability and less cars in the convoy.

Before anyone tees off and says not all teams can travel to race in the Victorian Road Series, well, if you can’t drive to Victoria a couple of times a year, can you travel to NRS events in Queensland or WA?

How many times do we have to hear that on-board cameras are banned by the UCI, yet we see their footage regularly in UCI races?

Has anyone asked the UCI if we could use a GoPro or 10 in the NRS? Would they even care?

If there’s not going to be any TV broadcast in 2016, sponsors would love to see their dollars being put to use any way they can, and live Twitter updates of who is in the break aren’t going to cut it.

That’s not to suggest that it should be open slather, but it’s an idea, the technology exists, the audience exists, the enthusiasm exists. Start small.

Allow some trusted teams and media outlets to run some cameras and make their own edits. Then as more teams cotton on, put them on a trial period so the footage can be somewhat controlled. We’re all grown ups, teams and riders should be treated as such until they prove otherwise.

Surely amongst all the riders there are some doing uni or TAFE courses that involve cameras or production and would love an opportunity to hone their skills while helping their team.

Instagram, Periscope and Snapchat are the future, all support video. People don’t want to read sterilised race reports anymore. How about we provide an appropriate media market for the times that we’re living in?

Who remembers that TV show in the 1980s called ‘It’s A Knockout’?

Four teams competing in physical challenges and in one event that the team perceived as their strongest, they could play their Joker Card to score double points if their team won that event.

Obviously there are a lot of logistics to figure out, but hey, if before the start of a summit finish stage you saw Andrew Christie-Johnson walking up to the Chief Commissaire with an oversized joker card, you would know something funky is about to go down… Even if it’s obvious, it can animate the action. And surely that’s a good thing for what ultimately is sport as entertainment.

5. Cooperation can be useful

Okay, let’s accept that there are egos and personalities and riders from various generations with different interpretations about what cycling should be or could be. That’s a given.

Cycling has a big community but it could be bigger if it was a little more leftwing; all for one and one for all – that kind of thing.

Remember people, everyone is the most important component of successful sport: the athletes, the team owners, the race organisers, the media, the spectators… without one the other doesn’t really exist.

So, for the sake of achieving a common goal, refrain from criticism for the sake of conversation. And don’t hesitate to offer some praise when something good has been done.

Quite simply, people respond better with encouragement so be good to one another…!

Are these steps perfect? No. They’re not meant to be. The point is, everyone sitting at their computer leaving snarky comments about what this person or that organisation should have done has an idea of how to fix the problem.

When a friend or relative is sick it doesn’t matter if they have been a jerk to you in the past, you put that aside and you help them.

The National Road Series is like a little brother or sister that is going through a tough time, and it needs all of us to put a loving arm around its shoulder, pick it up, dust it off, and help it grow and continue to produce some of the best cyclists on the planet.

We would like to encourage further commentary on this topic.

There are many stakeholders and everyone involved is passionate about the topic.

If you have anything to add, please click the ‘Contact Us’ button on this site and send in your comments.