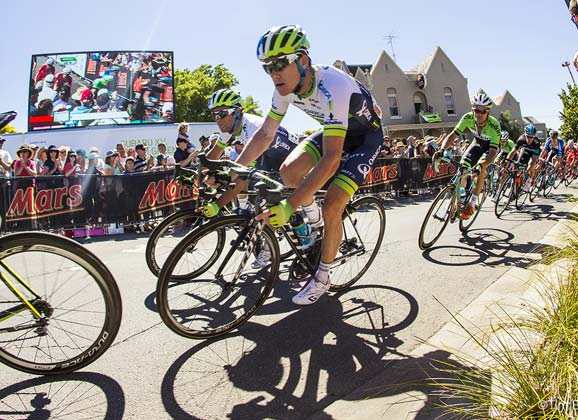 The power of Simon Clarke 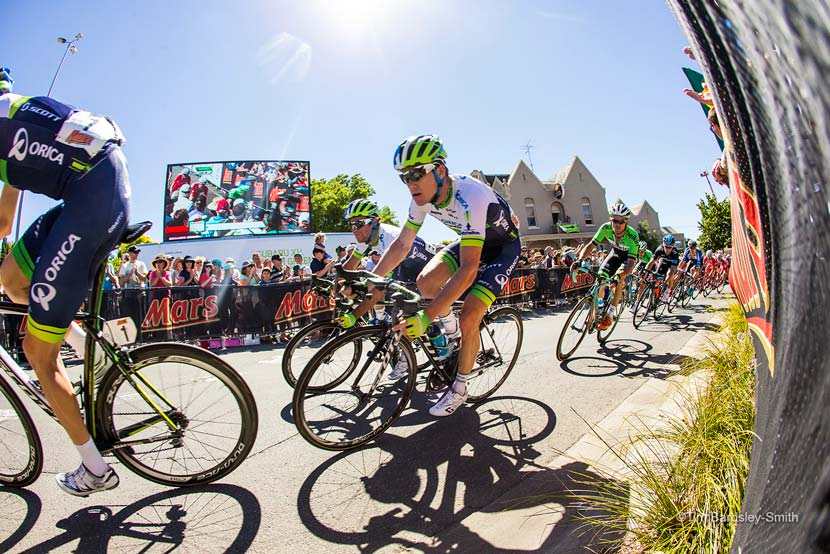 Analysis of a national championship performance

Combined record crowds both on course and watching the SBS coverage of last weekend’s national championships road race were treated with an absolute spectacle. The early break found freedom on lap two and contained not only the defending champion Luke Durbridge but also other big names such as Giro d’Italia stage winner Adam Hansen, previous Australian champion Will Walker and rising star Steele von Hoff.

Last year RIDE Cycling Review was privileged to have professionals Hayden Roulsten, Jan Bakelants and Serge Pauwels share their race power files. This year Orica-GreenEdge star Simon Clarke has also been generous enough to share his race power file. The 2013 Vuelta a España stage winner and King of the Mountains is a rider on the rise, so to get an insight in to what output he precisely needed to not just ride with, but also attack, the breakaway in such a high calibre event is a rare treat.

Measured on his SRM power meter and Power Control 7 head unit, the summary page for the ride looks like this. 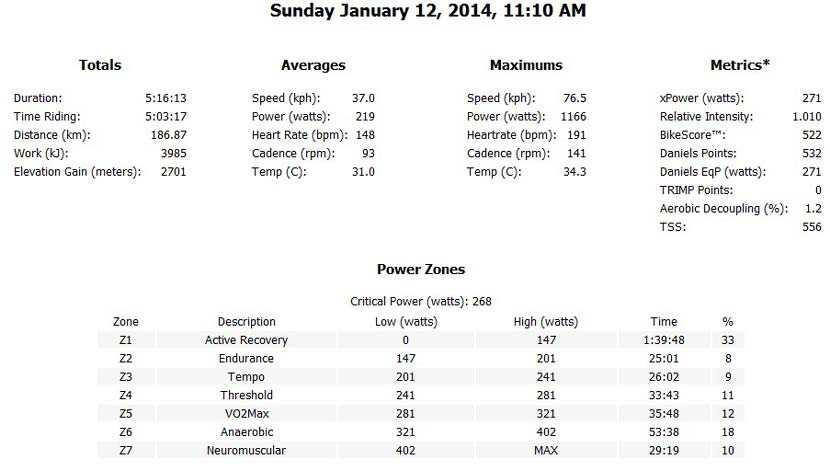 First glance tells us it was: hot (31 degrees average), long and energy sapping (3,985 calories/15,560kJ of energy burned in taxing temperatures).

The critical power – which readers of our previous reviews will recall is a synonym for functional threshold power (FTP) – is only 268 watts. Remembering the calculation takes 95% of the best 20 minute power and uses Simon’s stated weight of 64kg. He was only one kilogram heavier than his Tour de France weight in 2013 which indicates the rider from Melbourne is in good shape.

However this FTP figure was depressed – due to several factors including the nature of the course, the lengths of the laps and the wind. Never longer than 17 minutes, Simon was never required to push for a constant 20 minutes. Not even an offset calculation using the rider’s three- and five-minute powers were enough to provide a true reflection of FTP. Leaving us then with a FTP lower (and a TSS much higher) than reality.

Each ascent of the full climb (not just Mount Buninyong Road, which formed the race KOM points) was roughly six minutes long. Breaking Simon’s ride down to show his 20 best six-minute power efforts reveals a power to weight of 5w/kg was needed each lap simply to stay in the break. More to step off the wheel (intervals #2 and #3) with nearly 6w/kg (interval #1) required on the second lap to help establish a gap for the breakaway from a peloton that was still close enough to bring them all back. 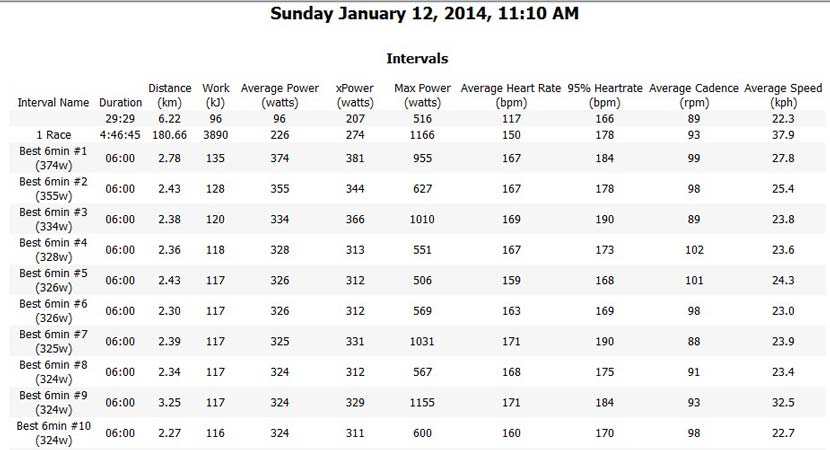 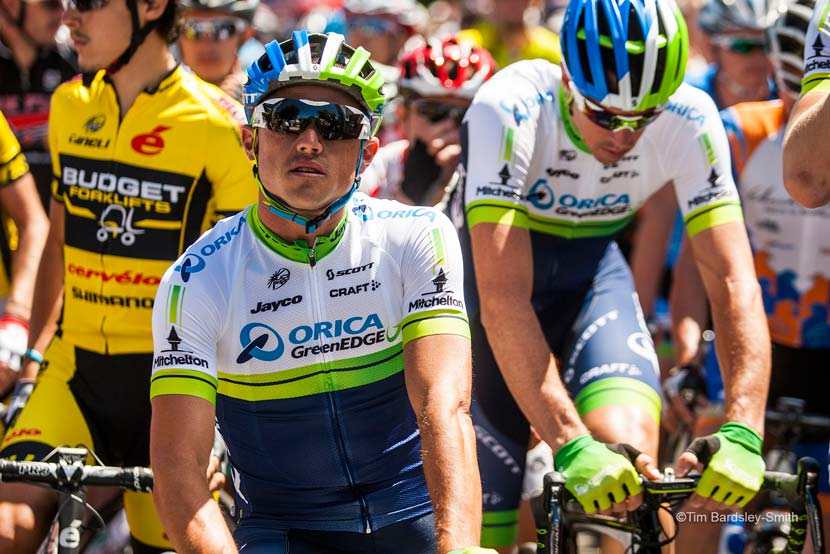 Further analysis shows also where Simon hit out and attacked the breakaway (on lap 16). At that point of the race it still appeared like the breakaway would again stay away. He produced his ninth hardest six-minute interval (#9), underlining the effort both he and Will Clarke put in to thin the selection down. A peak power kick of 1,155W was also hit, which at 64kg and over four hours in to a race of that intensity would have left some break away riders with screaming legs.

At six minutes in length, the majority of the power for that duration is being generated by the body’s aerobic metabolism. However don’t be fooled, even climbers like Mr Clarke still need a well-trained anaerobic system. Consider the 10 best 10 second intervals for Simon’s race…

These were all over 10w/kg and all bar three came in the final hour of racing. Of all the figures, the ability for Simon to produce these sorts of elevations in power after four hours of racing (and burning over 12,600kJ) is truly world-class. Viewed in isolation, there would no doubt that some strong riders who could match the power to weight over 10 intervals – it’s producing them after four hours of heat, exhaustion and racing stress that demonstrates how the cream rises to the top.

We know the break was ultimately caught on the penultimate lap and Simon’s quest for the 2014 national road title ended (he shut his race down and soft pedalled his final time around the circuit). But make no mistake, the man who finished seventh at the world championship road race in 2013 is a rider in form and could prove a very handy domestique in next week’s Tour Down Under… or perhaps the leader of the Australian team.