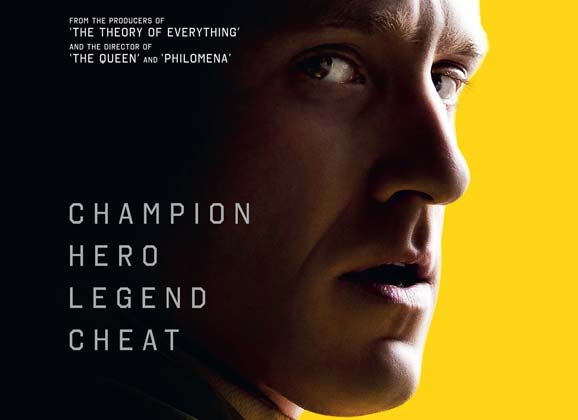 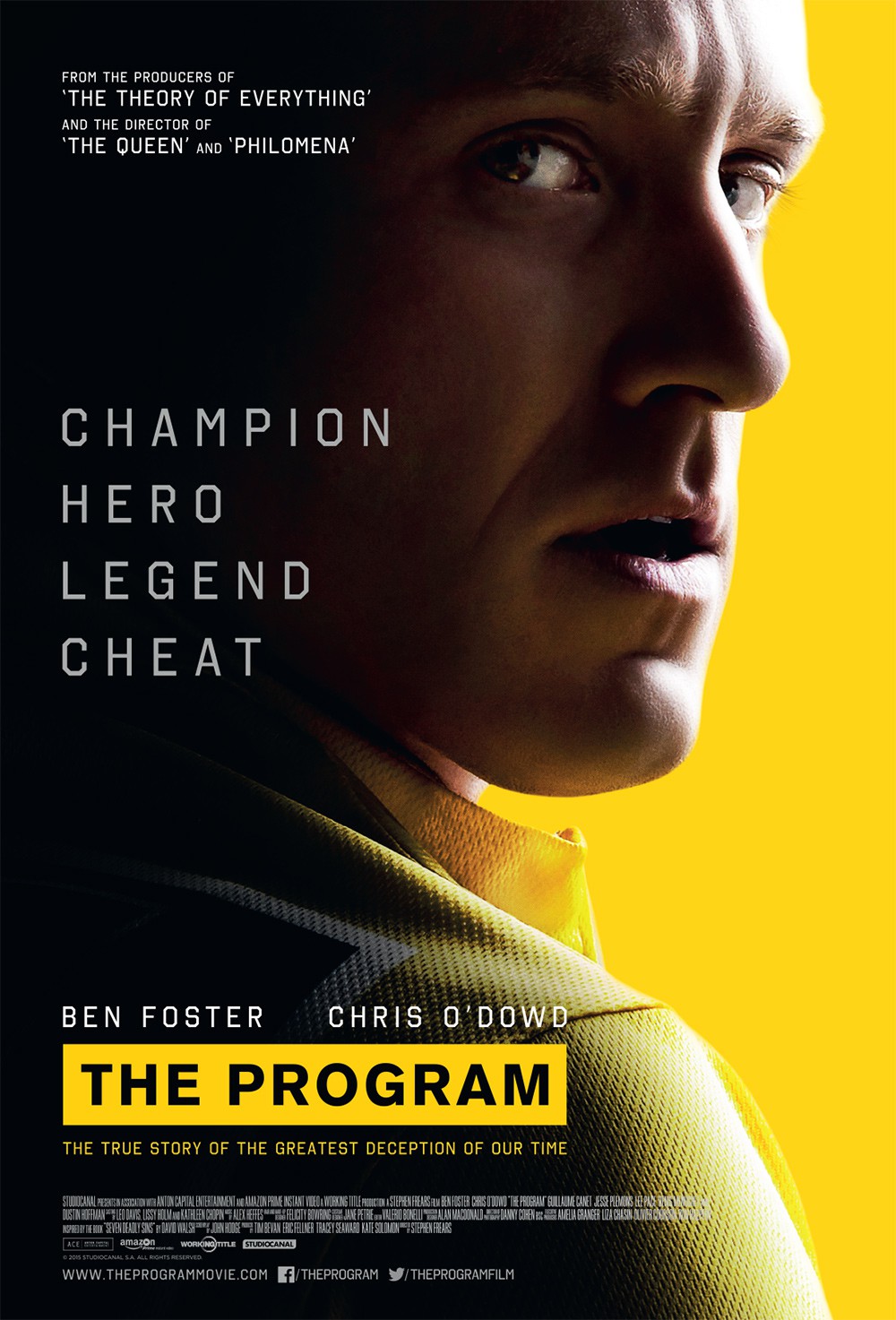 For any cycling fan, it is near impossible to arrive at the movie theatre, buy a ticket to The Program, and munch on a choc-top without having already formed an opinion about this film. Most have read Armstrong’s It’s Not About the Bike, Floyd Landis’ Positively False and other cycle-fiction from the turn of this century hoping at the time that they were truthful accounts. Today, universal condemnation has replaced adoration and novels like The Secret Race (by Tyler Hamilton) are now taken as gospel.

They say that ‘the book is always better than the movie’ but the true, real life Armstrong story is too fanciful to be left to literature, documentaries and fading memories (so say the movie execs).

As a film, The Program is fairly lacklustre.

As a historical look into ‘the Armstrong era’, there is a bit to be desired but it gives the basics of what is understood to have gone on at that time.

The Program is a basic portrayal of good versus evil.

Good is David Walsh, the Irish journalist and author of Seven Deadly Sins* who tried to bring down the evil; Lance Armstrong and his US Postal Team.

Walsh was bullish in his search for the truth as the cycling fraternity fawned over the champion cancer survivor. Armstrong was portrayed as the instigator and influencer on the apparently young and impressionable other members of the U.S Postal team. With Michele Ferrari, Johan Brunyeel and Bill Stapleton looking after him, there was no stopping Lance’s evil.

There were moments in which Lance was shown to be a multi-dimensional and interesting character. Ben Foster’s Armstrong displayed genuine compassion when visiting cancer-stricken children, and it was quite touching. Later, Armstrong winced as he told a white lie about his resilience in the cancer ward.

These moments generated emotion yet were fleeting in a film largely caught up in the facilitation of – and later the exposure of – a lie rather than the emotional consequences that come with it. Sure, Armstrong is known to be a narcissist who will stop at nothing to reach the top step of the podium, but the filmmakers could have given him something of a moral compass, even if only to add depth to the movie.

The dialogue was questionable at times but Foster’s representation of Armstrong’s mannerisms was spot on. He captured his intense eyes that glared at those who stood in his way, his confident diatribe as his head aggressively flicked from side to side, even the way he gripped the microphone during the press conference is to be applauded.

It’s not Foster’s fault (or any of the actors’ in The Program for that matter) that he was unable to get to five percent body fat, but it did make the cycling footage seem a little unauthentic. The actors must have been between five and 15 kilograms heavier than the riders they were playing. Combining real footage with actors was a bit confusing but the re-enactments were done well enough that viewers could understand what was going on. (Jesse Plemons, who played Floyd Landis, was the most convincing version of his character appearance-wise.)

The actors may not have looked like cyclists on the bike but the sets, costumes and bikes themselves were amazing. There were only a couple of scenes in which a non-period shifter or bottom bracket could be detected and the cycling kit, helmets and sunglasses were accurate. It was a lot of fun seeing the T-Mobile squad back on the road taking on US Postal up Mont Ventoux! 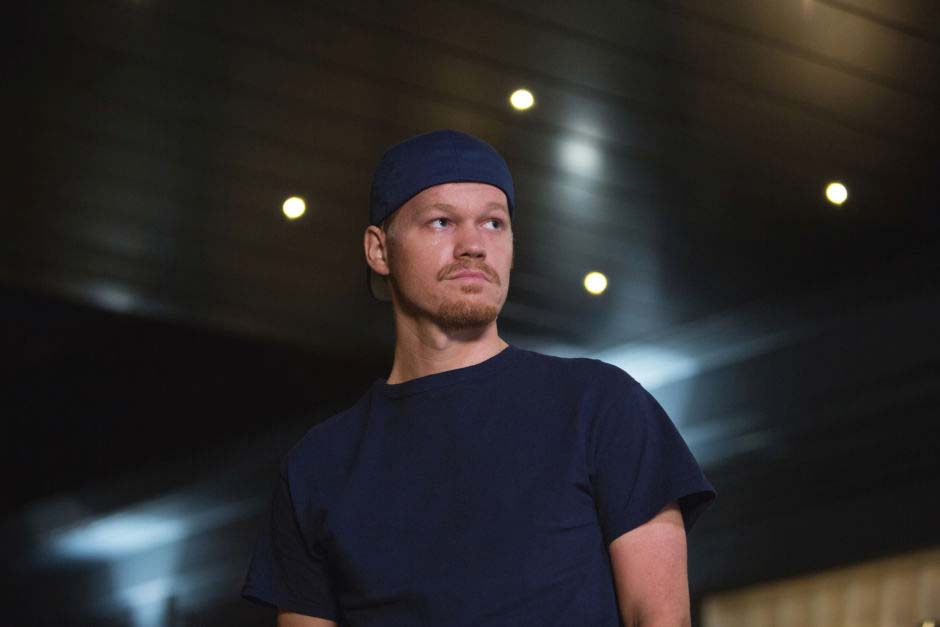 Jesse Plemons, who played Floyd Landis, was the most convincing version of his character when it came to physical appearance.

Within the narrative, it was bizarre to see Floyd Landis as the moral compass in the movie and for there to be just one passing mention of Tyler Hamilton.

Emma O’Reilly played a small yet important roll, as did Frankie and Betsy Andreu. Travis Tygart was depicted as someone Landis came to when he wished to ‘confess’ which is a sad injustice to USADA’s most well-known employee – he was more than a sounding board during the Armstrong saga.

Michele Ferrari was Lance’s main ally and, although his dialogue was at times laughable (as was his accent), his influence on Armstrong was clear and his character was strong. A cameo from Dustin Hoffman as professional bridge-player Bob Hamman came out of the blue but Hoffman’s acting, along with Chris O’Dowd’s (playing David Walsh) left the others behind. (Australian cycling fans will get a thrill out of seeing cycling journalist Rupert Guinness interacting with David Walsh.) 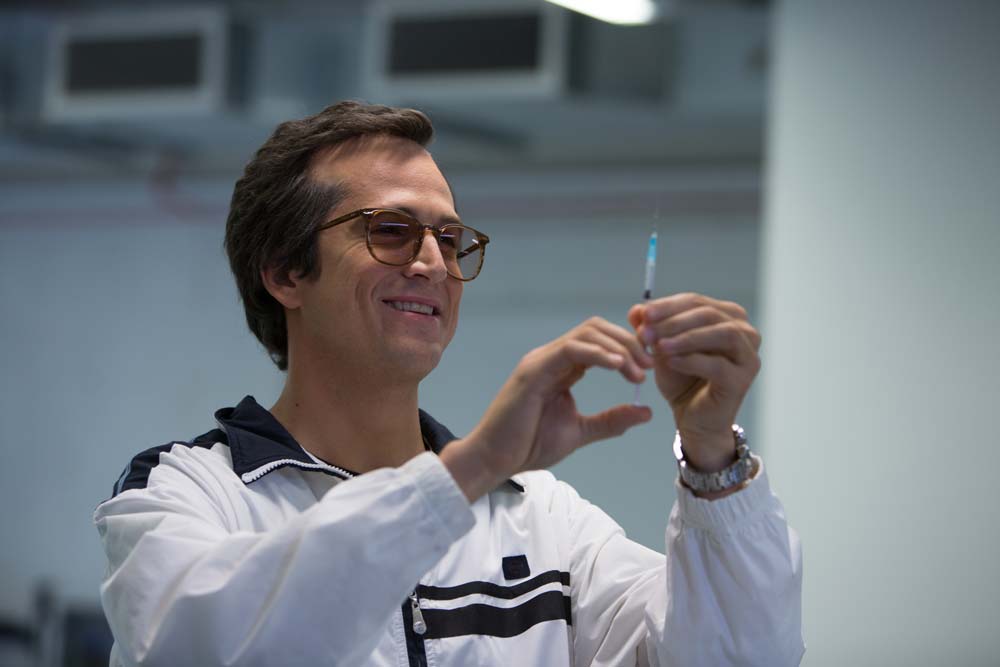 There was a brief moment where Lance’s first wife Kristin appeared and it was followed by a snippet from their wedding day. But there was no dialogue about his mother, Linda, except when Ferrari asked Armstrong if he loved winning more than he loved his mother (in a genuinely tense moment, Armstrong failed to reply). The lack of female influence was conspicuous in The Program and perhaps this is how Armstrong felt at the time, but it made it hard to give his character any profundity.

It is very easy to pick apart a film like this as, at some stage, we all feel we have had an experience with Lance Armstrong. Whether as the cancer survivor, the cyclist or the liar, everyone already knows something about this man. The Program endeavoured to tell a complex 20-year story in 100 minutes. Dozens of protagonists were involved during Armstrong’s career and it proved impossible to get the full story across on screen in just one movie.

The subject is well known and the film added no further drama. Whether this was because the story stayed too true or strayed too far from reality is up to the viewer. It is a shame because the Armstrong movie’s script writes itself – so we all thought – and now this predictable screenplay is what will represent this memorable era of bike racing.

Every cycling fan should see The Program. It will be the talk of the bunch and everyone will ask for an opinion during Christmas lunch. Don’t go into it with an idea of what you consider the perfect Armstrong tale, just watch and enjoy. This movie will be watched differently based on a person’s views and experience with Armstrong and it’s a brilliant discussion-starter.

*Seven Deadly Sins is where The Program’s writers gathered most of their information. USADA’s 1,000-page document after its inquiry into Armstrong was also listed as a major source.

Amongst many writings, Walsh co-authored L.A Confidentiel: Les secrets de Lance Armstrong with French investigative journalist Pierre Ballester. It was published in 2004 amid great controversy and Armstrong sued the book’s authors, publishers and any supporters of the work for defamation.

Pierre Ballester’s contribution to bringing Armstrong down was not once referred to during The Program.