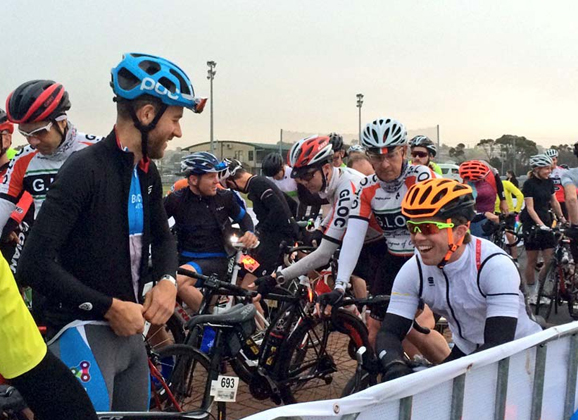 The Ride: stories from a day on the bike

We talk a lot about the race scene but cycling doesn’t always have to be about competition. Two mass-participation rides yesterday will provide thousands of stories that will be told for years to come. The Sunday Ride offers something for everyone. We consider a few participants and their adventures… 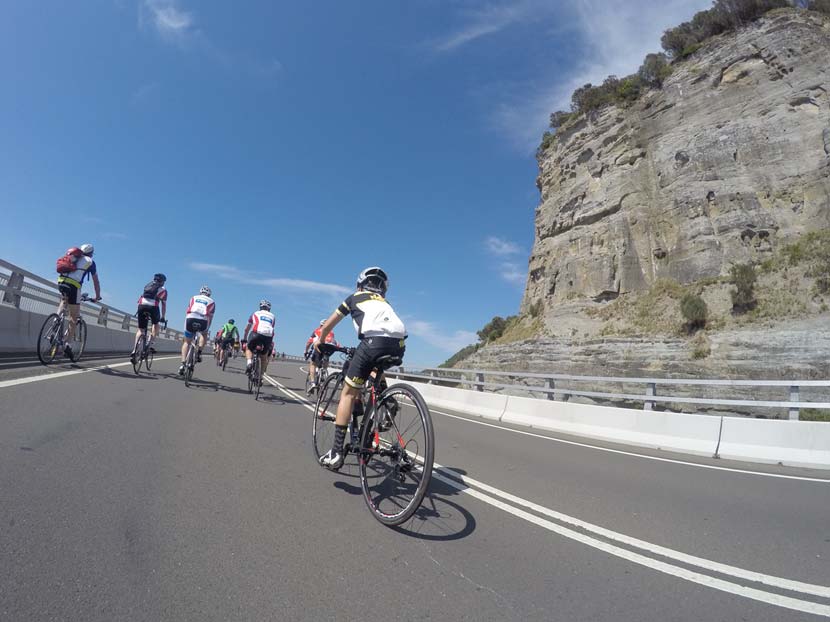 Sunday morning. Pinch and a punch. It’s November. The All-Blacks are the world champions. There are hangovers being nursed (or prepared) but for many cycling enthusiasts, the sunrise signalled the dawn of a new challenge.

That was the plan for many on 1 November.

In Tasmania, 556 of the 703 cyclists who registered to ride the Peaks Challenge Cradle Mountain turned up to the start in cool conditions in a glorious location. Of these, 60 wouldn’t make it to the finish. DNF. There’s nothing wrong with that denotation on a day when a sequence of tough climbs and 235km of riding were on the menu.

What makes events like the Peak Challenge so engaging is that it’s a genuine test of strength and spirit, something that makes everyone involved feel like they’ve been part of something special. There are faster riders and slower ones but there’s not even an order of arrival on the “result” sheet.

You can find all the names in alphabetical order. You can search for people you know. You can see their times – for the complete ride, as well as the four times climbs (Union, Cethana, Cradle Mountain and Spellmans) – and even offer a comment if you feel the urge.

With some scrolling, it’s possible to discover that Dave Evans – he who works for SRAM and simply loves riding his bike – was the fastest over the course.

Evans completed the course in seven hours 58 minutes and six seconds, just ahead of Dan Bonello. In essence they’re “winner” and “runner-up”, but this is a ride, not a race. It’s a challenge.

There are timing devices and live tracking. There are road closures and feed stations. There are the satisfied and the demoralised.

It’s a ride. And it brings people together.

Watching from afar (on a computer in Sydney), I tuned in to see how Jack Lynch went. He was flying the RIDE colours… or, rather, riding a Specialized Tarmac bike (with disc brakes) while wearing Cuore clothing custom-made for staff of RIDE Media. There’s only a few of us in the office, and we have an interest in the weekend activities of each – largely because most of it relates to… yep, riding.

Jack did well. We knew he would, although he denied it often in the lead-up. He finished the 235km in 8h31m39sec.

Later that evening, he would pack the bike into a box and prepare for the flight home.

We’ll listen to his anecdotes a little after lunch on Monday. By then, many more stories will have been told in workplaces and via social media about The Weekend Ride(s).

Everyone who did the Peaks Challenge – not just the finishers – will have a yarn to share. 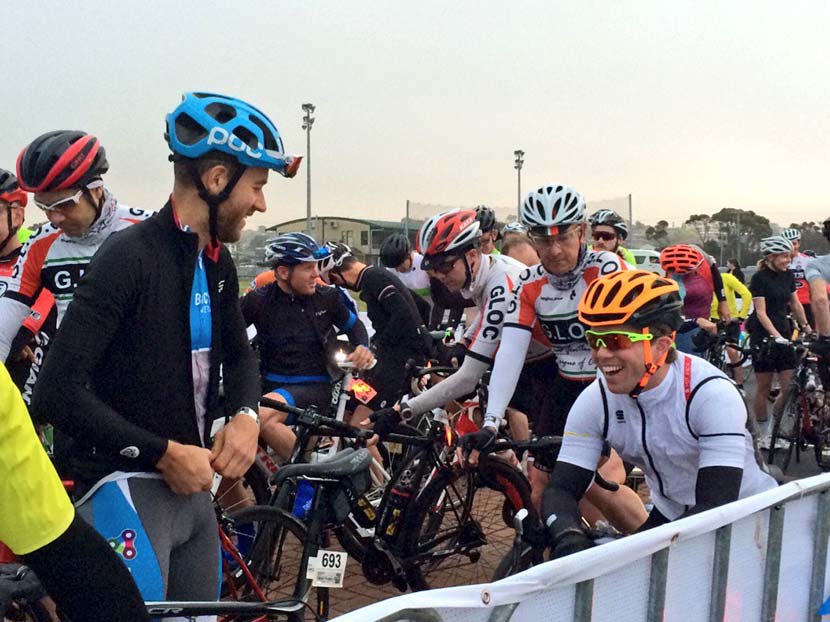 Elsewhere riders of all shapes and sizes joined other likeminded souls. They would click into pedals and set off on adventures that would conjure stories.

The bike allows people to get exercise while seeing some of the world. But it also provides an experience. Sometimes it happens in solitude, at other times a bonding takes place.

The Ride is a beautiful thing.

It can be a challenge or it can be a regular jaunt. It can be long or short, hilly or flat, timed or free of technology. It can be done for a reason… or no reason at all. 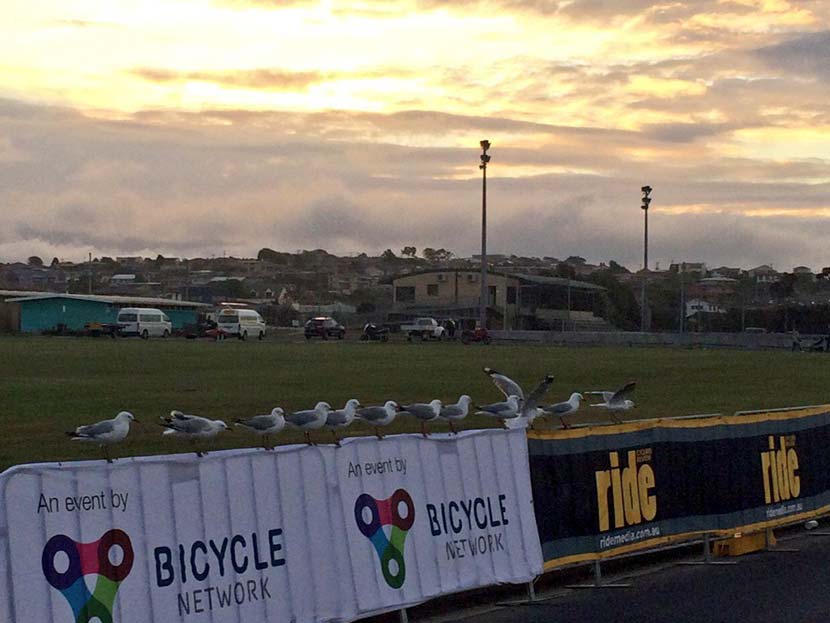 On that same Sunday morning, over 10,000 riders gathered near Sydney Park. The MS Sydney to Gong has lured in cyclists to a charity ride every year since 1981. All manner of bicycles were pulled out of sheds and their owners primed themselves for a day in the sun.

With the wind at their backs, they set off for Wollongong. Through the Royal National Park, up hills and down, over the Sea Cliff Bridge and onward…

For many it was a day of discovery, the realisation that for relatively little effort it’s possible to cover 85km on the bike in the company of friends.

My eldest son is 10. He was so excited about the prospect of The (Gong) Ride that, the evening before it, he woke every hour to check if the sun was up yet. Eventually he’d click in and set off on a new Focus, his first full-size road bike. A bit over four hours later he would offer a two-handed salute as he approached the finish structure.

That morning’s activity offered satisfaction for one Arnold boy, and an overwhelming sense of pride for his father. 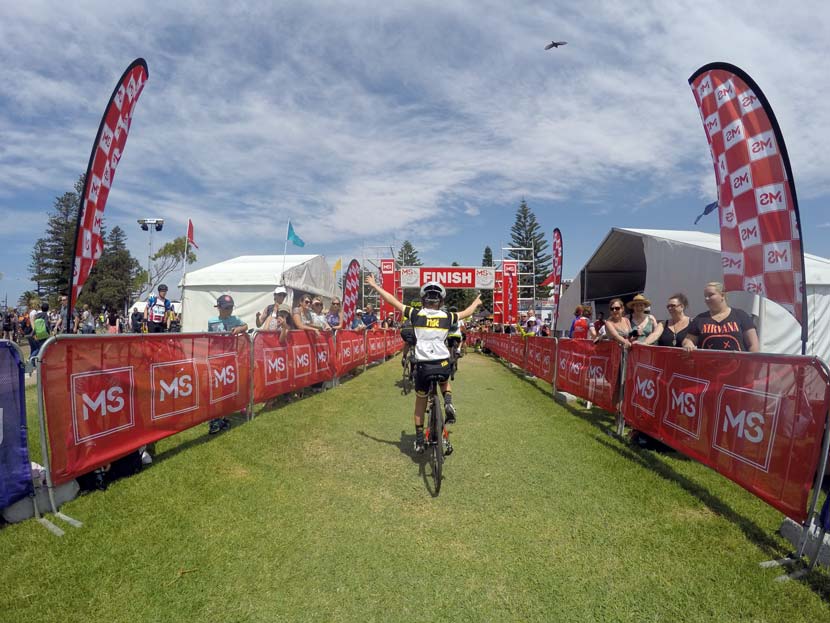 Meanwhile, in the Bailey household another father and son partnership prepared for a criterium: Philip and Harrison Bailey have been going to bike races for years. Through the junior ranks there’d be a few good results, a few crashes, a few losses – but always plenty of enthusiasm.

Philip drives taxis so Harrison can race his bike while completing his education.

The young man rode to Wollongong in the morning and raced a criterium there that afternoon. “Boom!” he posted on Facebook later that day. “Stoked to take out the MS Gong Criterium…”

The Ride was fun, so too The Race… and, of course, The Win. 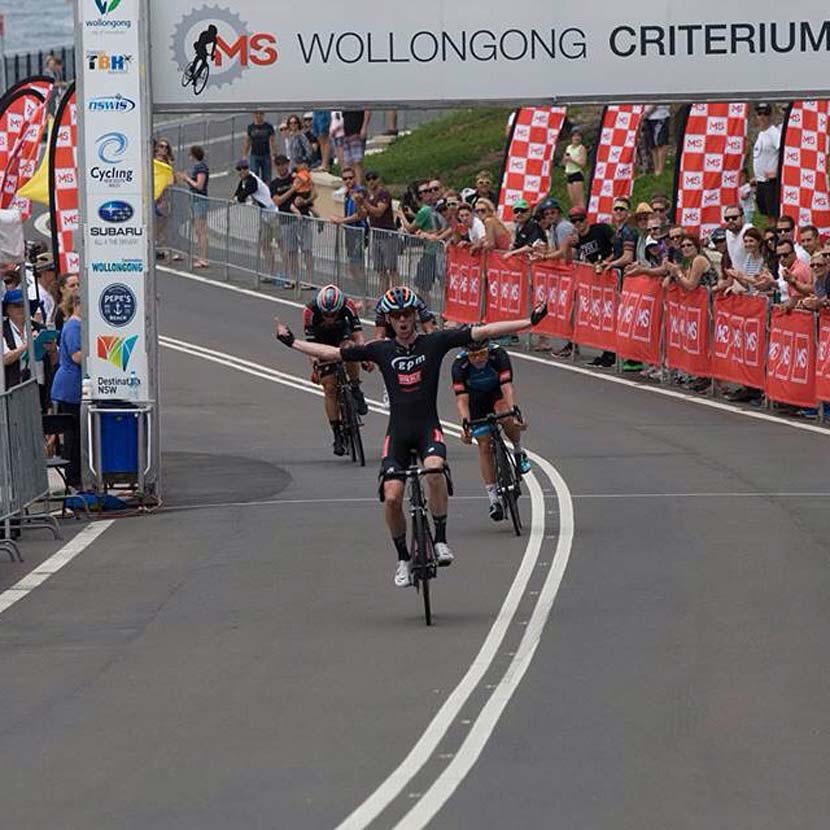 At the end of The Ride, comes a moment to reflect. For the professional racers who we regularly write about in RIDE Cycling Review, the challenges come regularly throughout the season, that time when cycling provides something of a routine. Train. Eat. Sleep… Repeat. Then race. Etc.

The Ride is different for everyone but much of it is the same.

Evans and Bonello have a friendship and a respect for one another that served them well during the Peaks Challenge. They cooperated until the final metres… and then became rivals – all for the sake of post-ride gloating rights (and little else). When they crossed the line, they were satisfied.

Lynch will get his chance to explain the Bicycle Network’s inaugural event at Cradle Mountain in his post-ride report for RIDE – and share some pointers for his next Tasmanian adventure, the Cycle Isle Gran Fondo at the end of the month.

The Arnold Boys will continue riding as we’ve always done and try to coax the Cycle Isle ride organisers that a 10-year-old should be eligible to be part of a relay team on 28 November.

The Bailey Boys will prepare for the next challenge. Harrison, the one-time work experience kid (and frequent bike test commentator for RIDE), has received a trophy from Brad McGee – the Australian national team’s sporting director – so he knows that people with persuasion are paying attention. 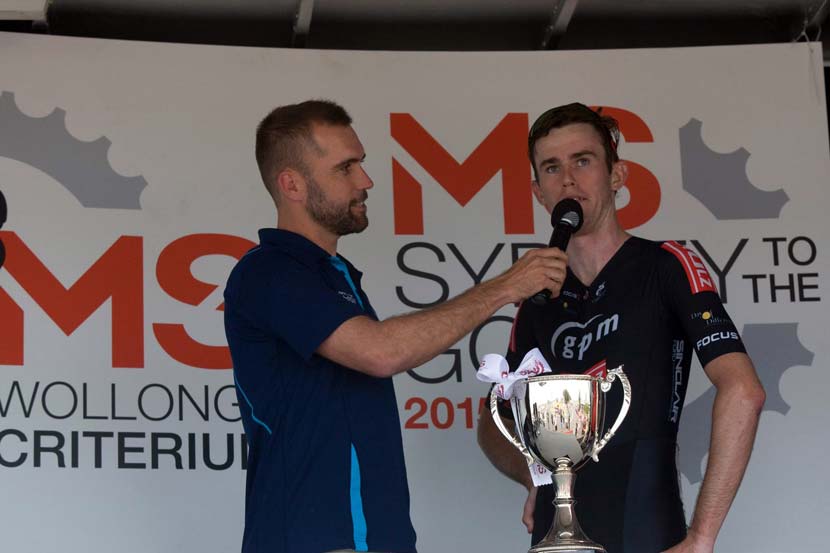 A fair percentage of the thousands of riders who did The Ride from Sydney to Wollongong, would have covered such a distance on the bike for the first time. Many are likely to do it again.

Some may consider the Peaks Challenges, others may opt to race a criterium. What comes next is anyone’s guess but these few anecdotes remind us that The Sunday Ride is never just a one-day event. It’s part of a lifetime of cycling enjoyment.