Wout van Aert continued his romp around France with a third stage victory late in the 2022 race. On the final Saturday, the rider in the green jersey beat the three top GC riders – the eventual champion team-mate Vingegaard (by 0:19), the runner-up Pogacar (by 0:27) and 2018 champion Thomas (by 0:32).

The TT world champion, Filippo Ganna was the fifth best in stage 20, finishing 0:42 behind WvA. 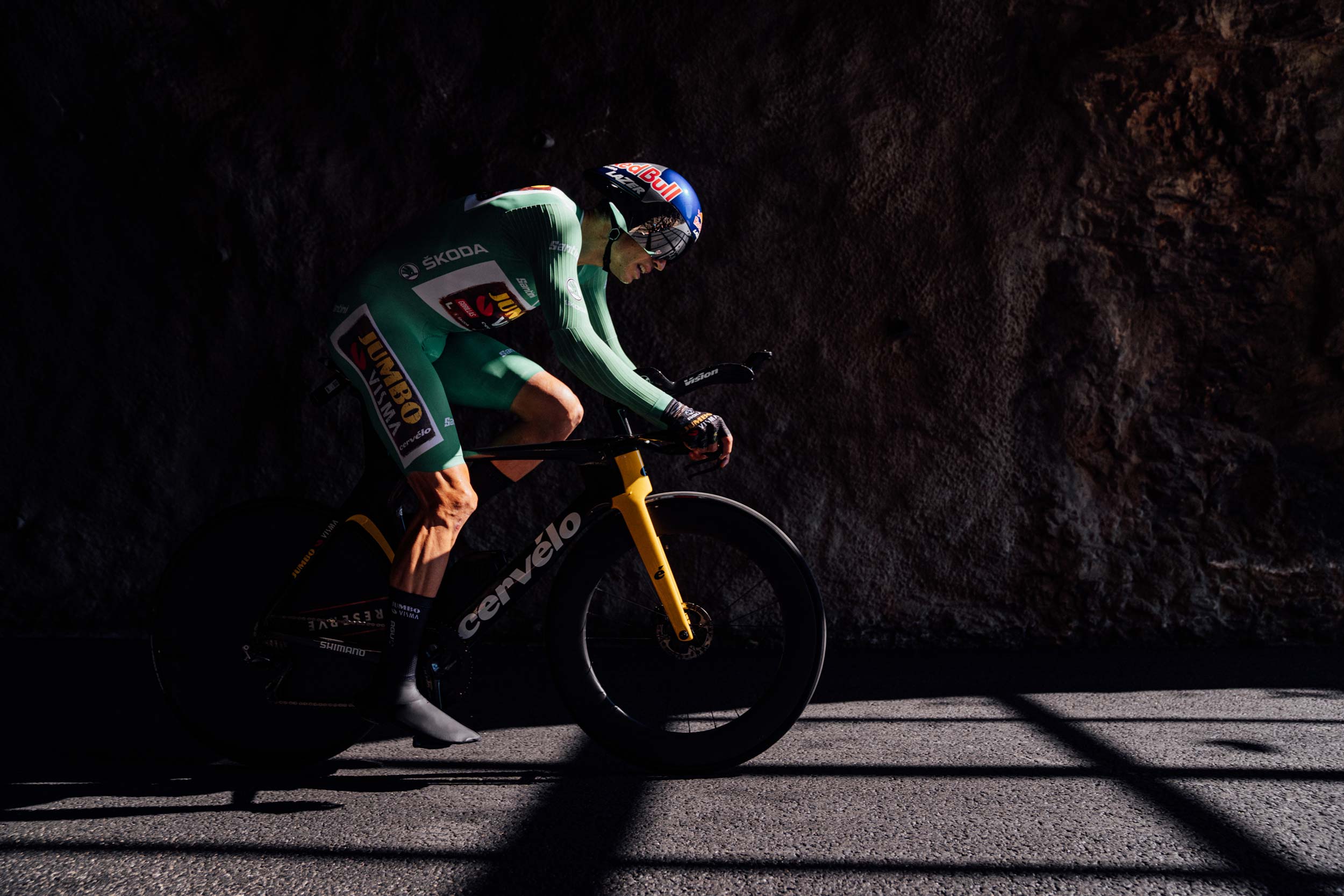 Wout van Aert crashed out of his debut Tour de France in 2019 when he hit crowd control barricades near the end of the stage 19 time trial in Pau. He sustained horrific injuries and he could have been forgiven if he never raced again. The images of him being treated after the accident were shocking and, for a little while, it seemed that Belgium would never get to see the best of this remarkable rider.

By then, WvA had already won a stage. A sprint in Albi, only four days before the only TT in 2019.

He returned the TDF in 2020, worked like a man possessed for his team leader Primoz Roglic, won another sprint stage (at the end of the opening week in Lavaur) and on the final Saturday he finished fourth in the uphill time trial to La Planches des Belles Filles (behind Pogacar, Tom Dumoulin and Richie Porte). 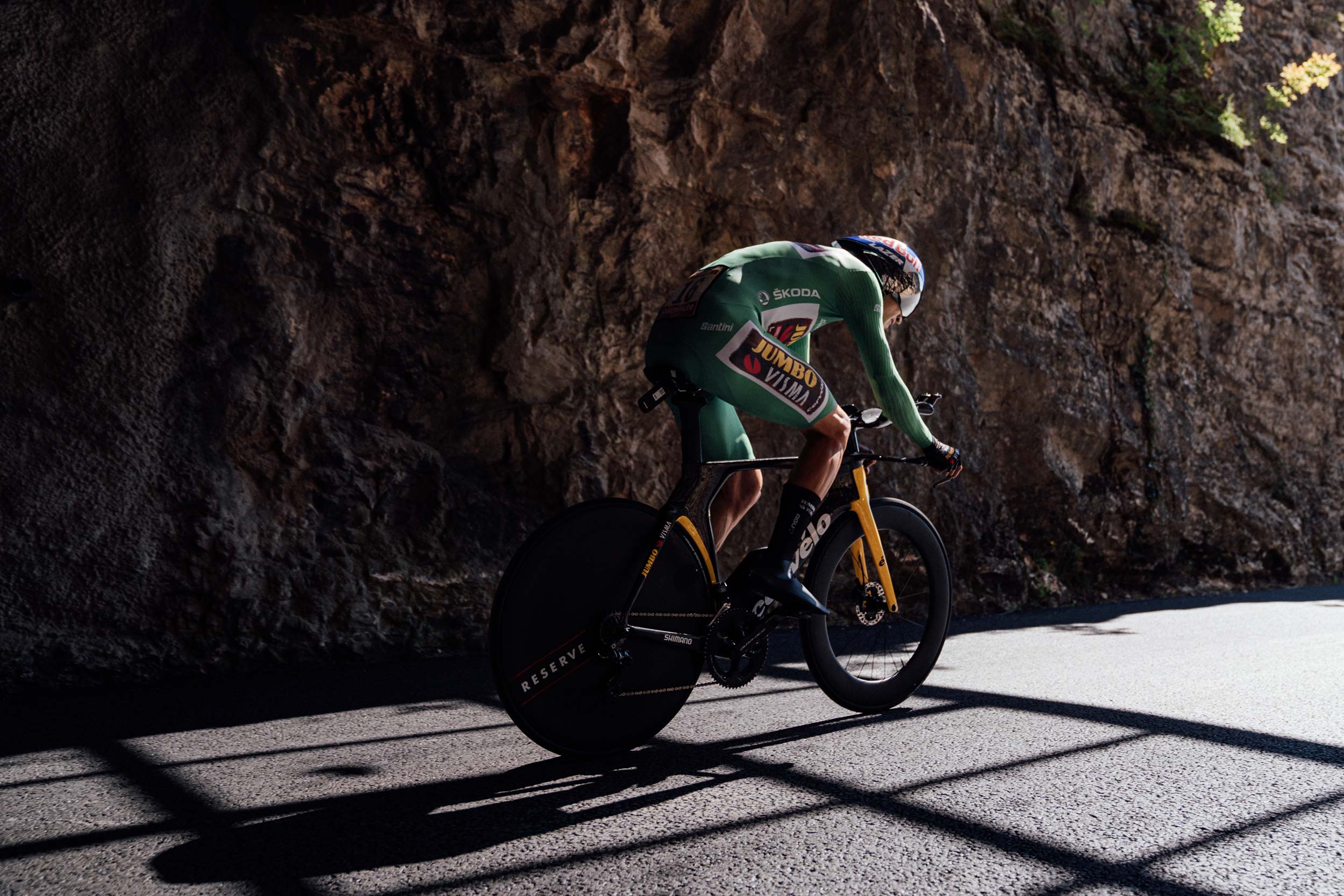 He had built his reputation on the cyclocross circuit many years before signing with Jumbo-Visma and turning his attention to road racing. Ever since, Wout van Aert has become the headline act of just about every race he contests.

If he’s not winning sprints, he’s stomping up mountains in a manner uncharacteristic of any rider of his height and weight. He has also taken to winning time trials… and proving that he cannot be categorised.

The best sprinter in this year’s Tour was also the best domestique in the peloton. He also won three stages, including the final time trial for the second year in succession.

Is there nothing he can’t do? Racing for the general classification seems like the only challenge he has resisted… so far. Is that next? If he wasn’t on the same team as the likes of Vingegaard and Roglic, surely the management would take a chance of set him on course to have a crack at GC. Right now, he is on the same team as those two Grand Tour champions, so don’t expect to see WvA chasing the final yellow (or red) jersey quite yet.

Still, we should be surprised by anything Wout does from now until the end of his career. He seems unstoppable, and he is certainly anything but predictable. 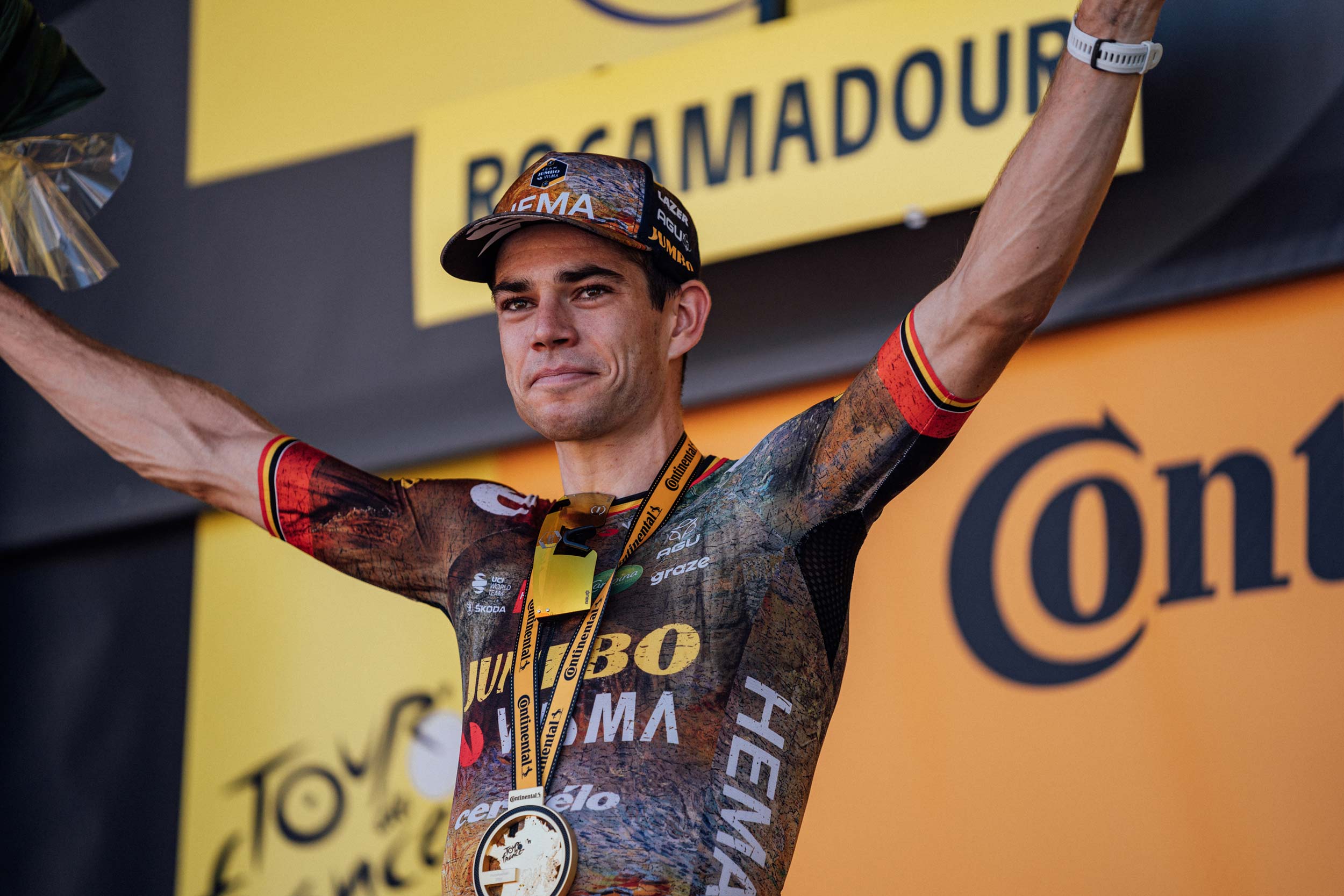 His TT victory in Rocamadour suggested what might come next. Surely, he’d be sprinting for the win on the Champs-Élysées… again. That seemed like the obvious next move from van Aert, but he resisted the temptation to mix it up in the action in Paris. Three stage wins, the green jersey, a team-mate in the yellow jersey and the polka-dot jersey – that was enough to satisfy the Master Of All Things in this year‘s TDF.

WvA rolled over the finish line in Paris alongside his team-mates. He didn’t try and sprint for a fourth win. Finally, it seemed, he decided he’d let someone else also enjoy the thrill of victory. 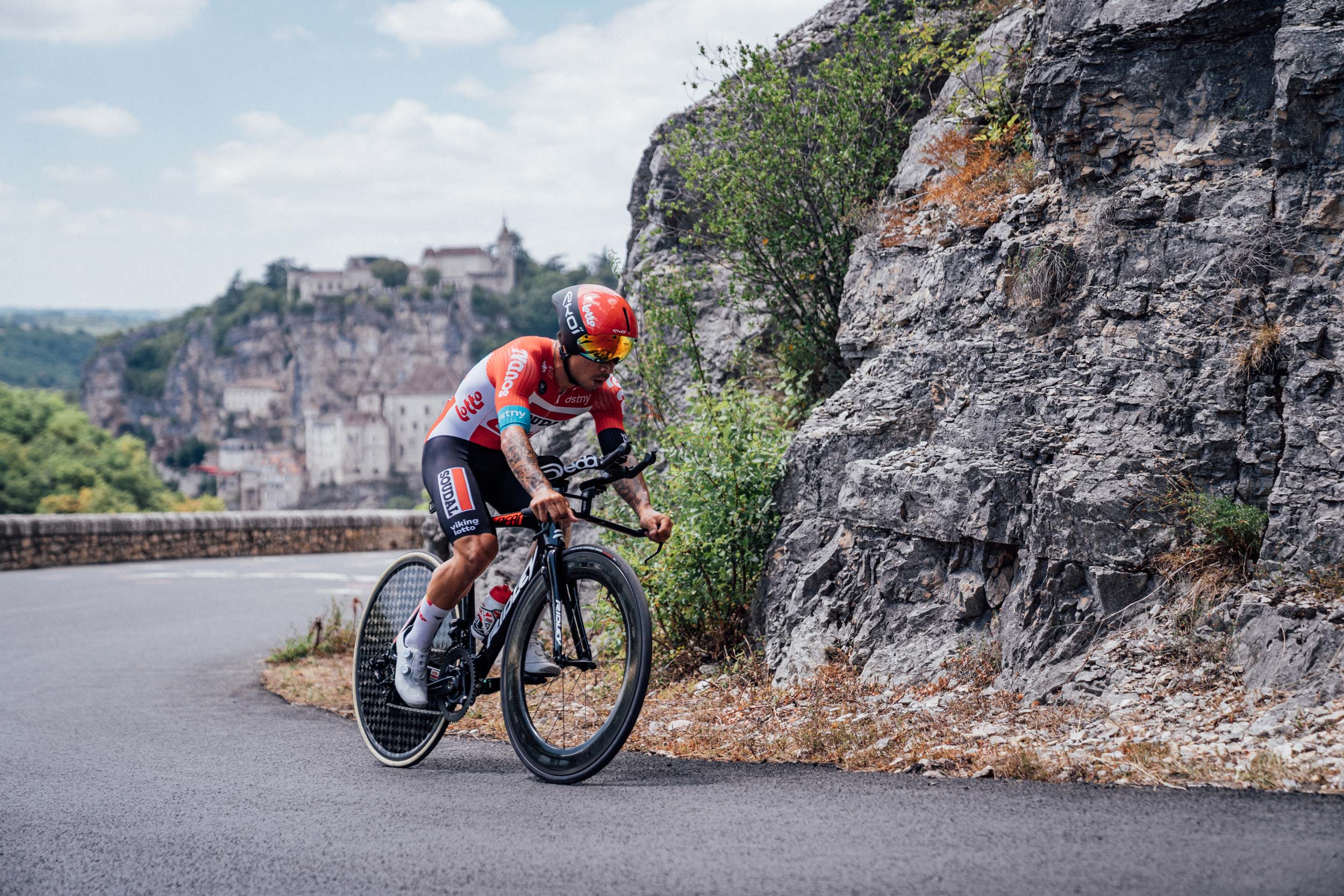 Caleb Ewan, the first rider to start the TT of stage 20, would end his fourth Tour de France in last place on the GC rankings, 5:40:42 behind Jonas Vingegaard.

The final TT became another Jumbo-Visma double act: WvA first, Vingegaard second… and the domination of the race was almost complete. Tadej Pogacar couldn’t wrestle a second of time back from his Danish rival. The champion of 2022 was effectively crowned in the Pyrenees… and, this time, there wouldn’t be a late surprise from the Slovenian to usurp the Jumbo-Visma title challenge.

The yellow jersey, the polka-dot jersey, and the green jersey were all going to the one team. The race would continue another day but the chance to challenge for victory ended in Rocamadour.

The sequence below is in reverse order from the way the riders started the TT, with the leader of GC featuring first, followed by Tadej Pogacar (2nd), Geraint Thomas (3rd), David Gaudu (4th), Aleksandr Vlasov (5th) and Nairo Quintana (6th). 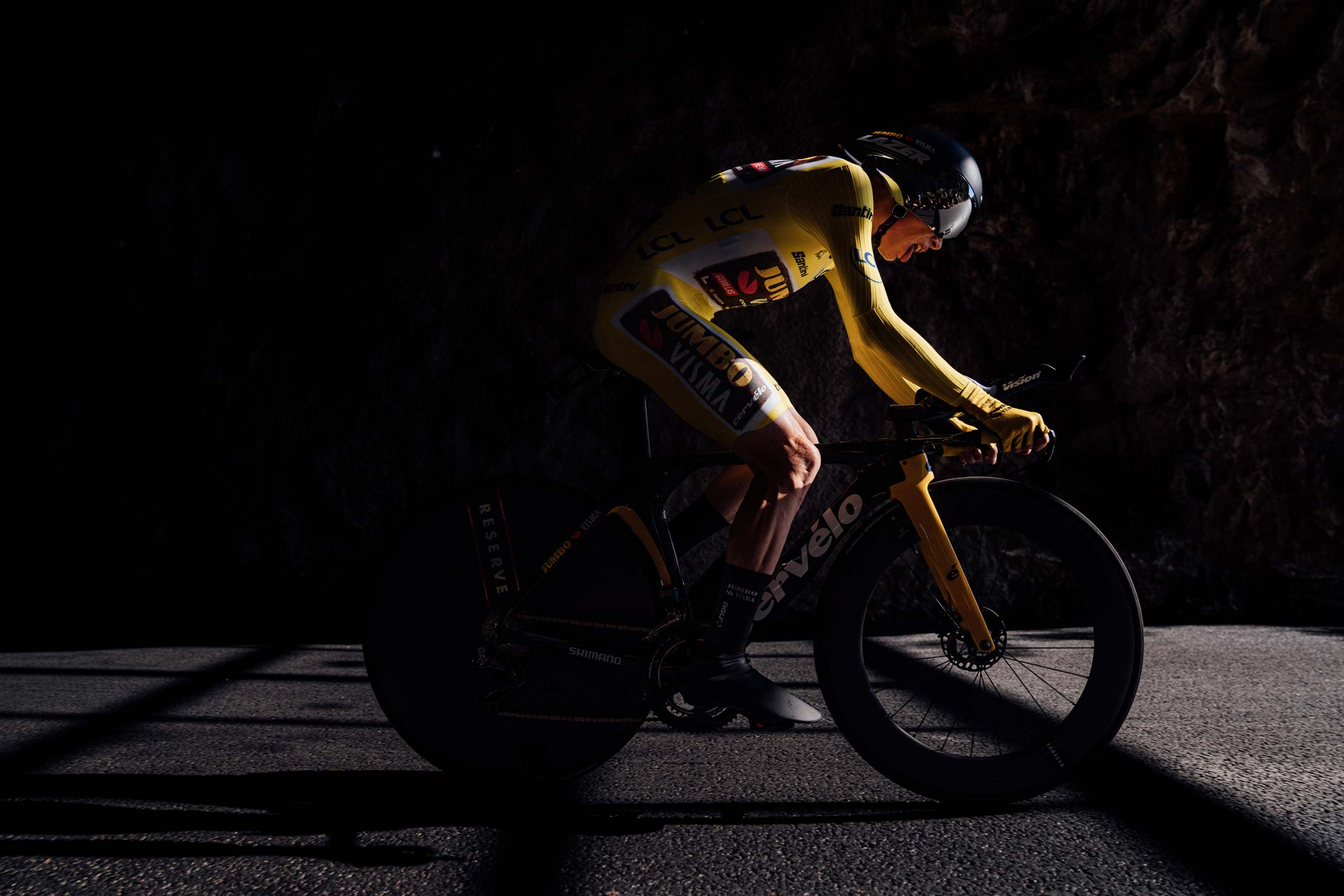 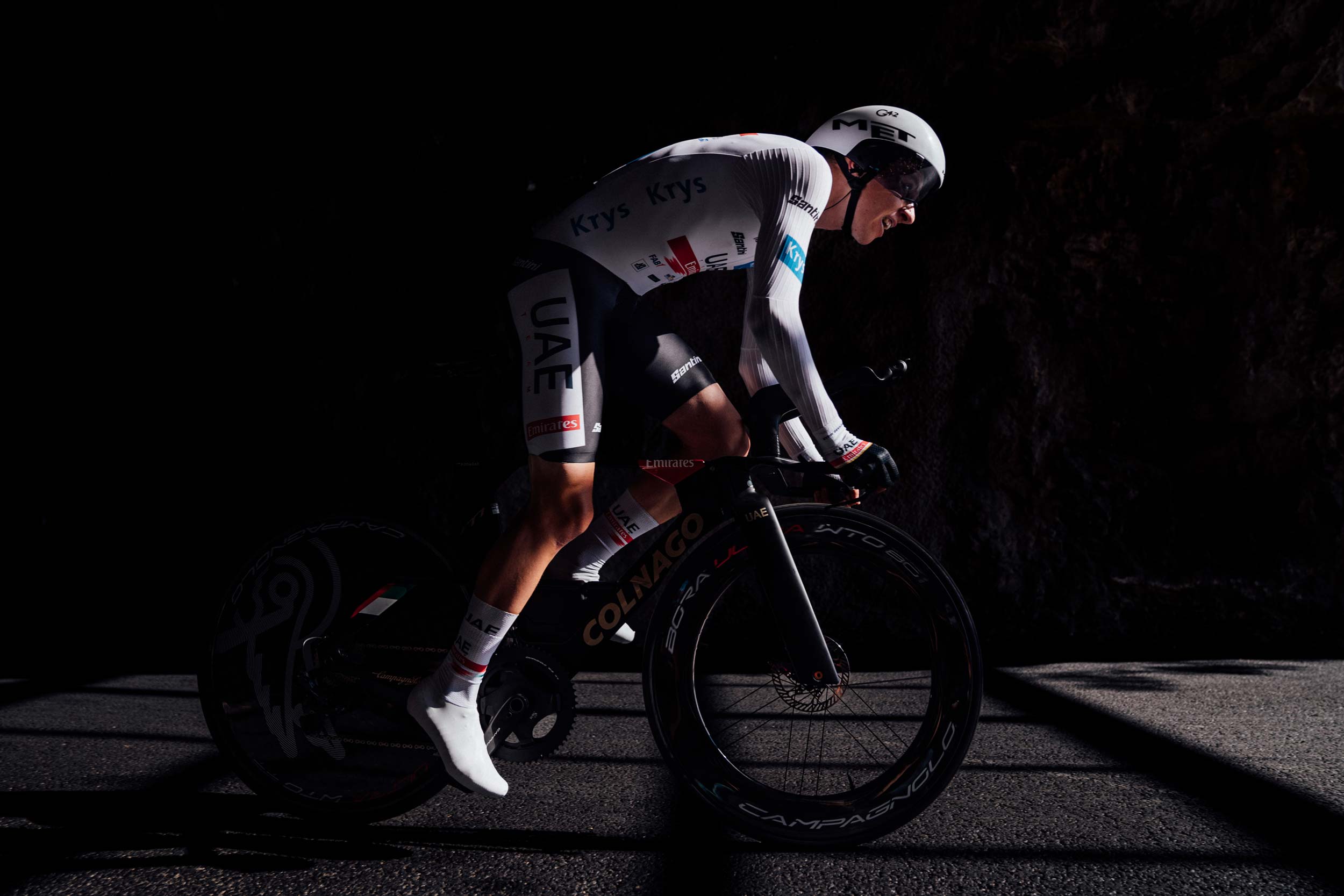 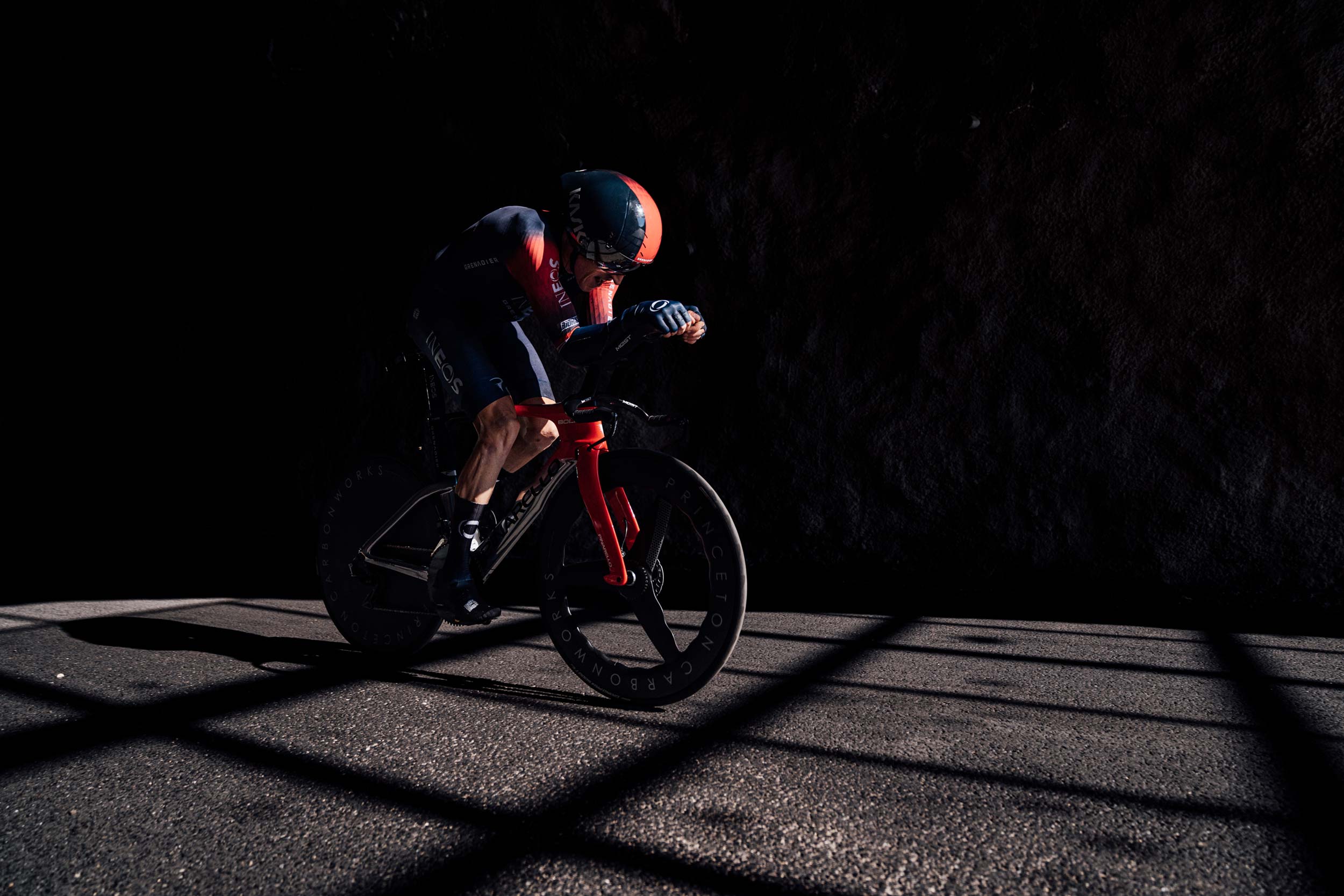 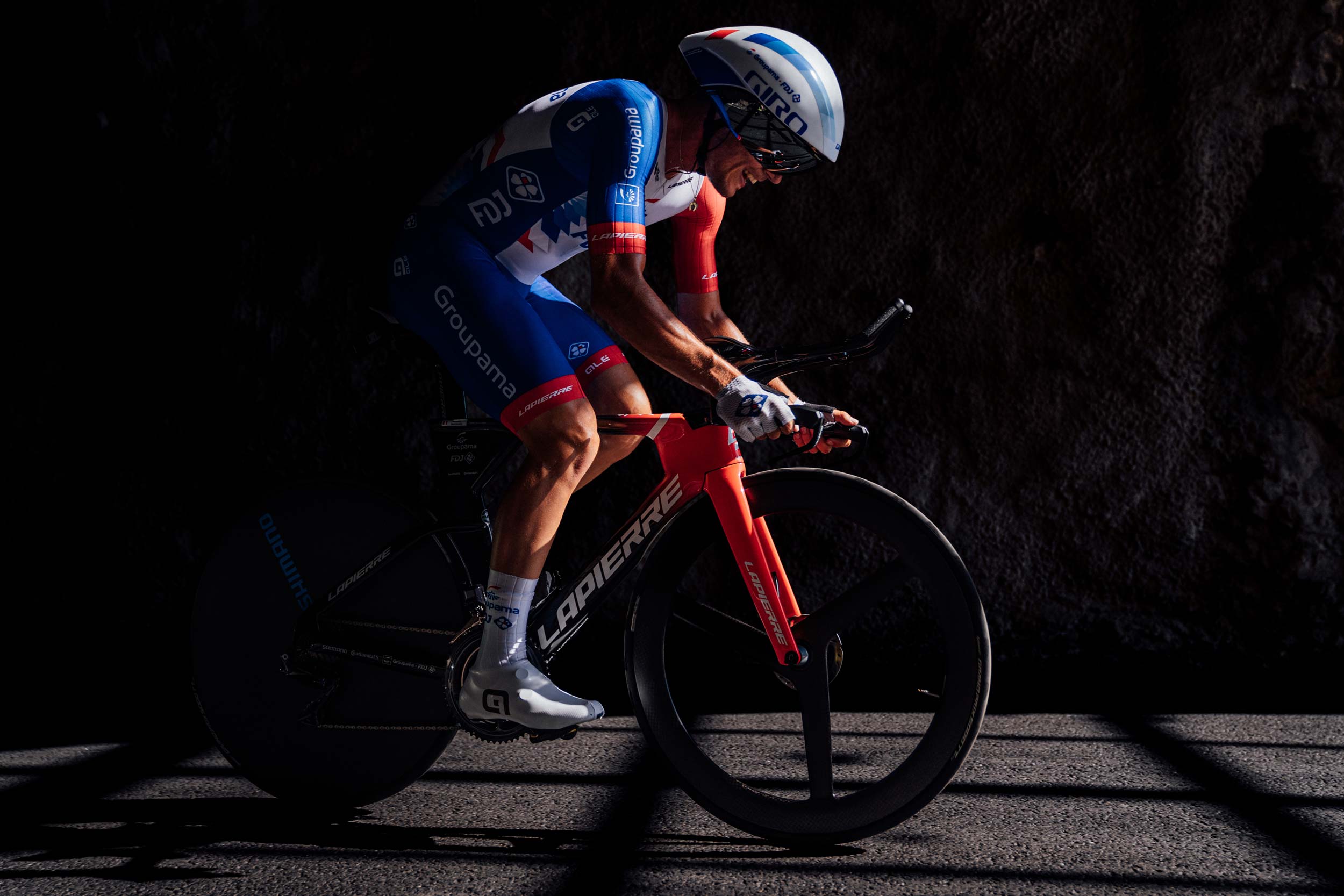 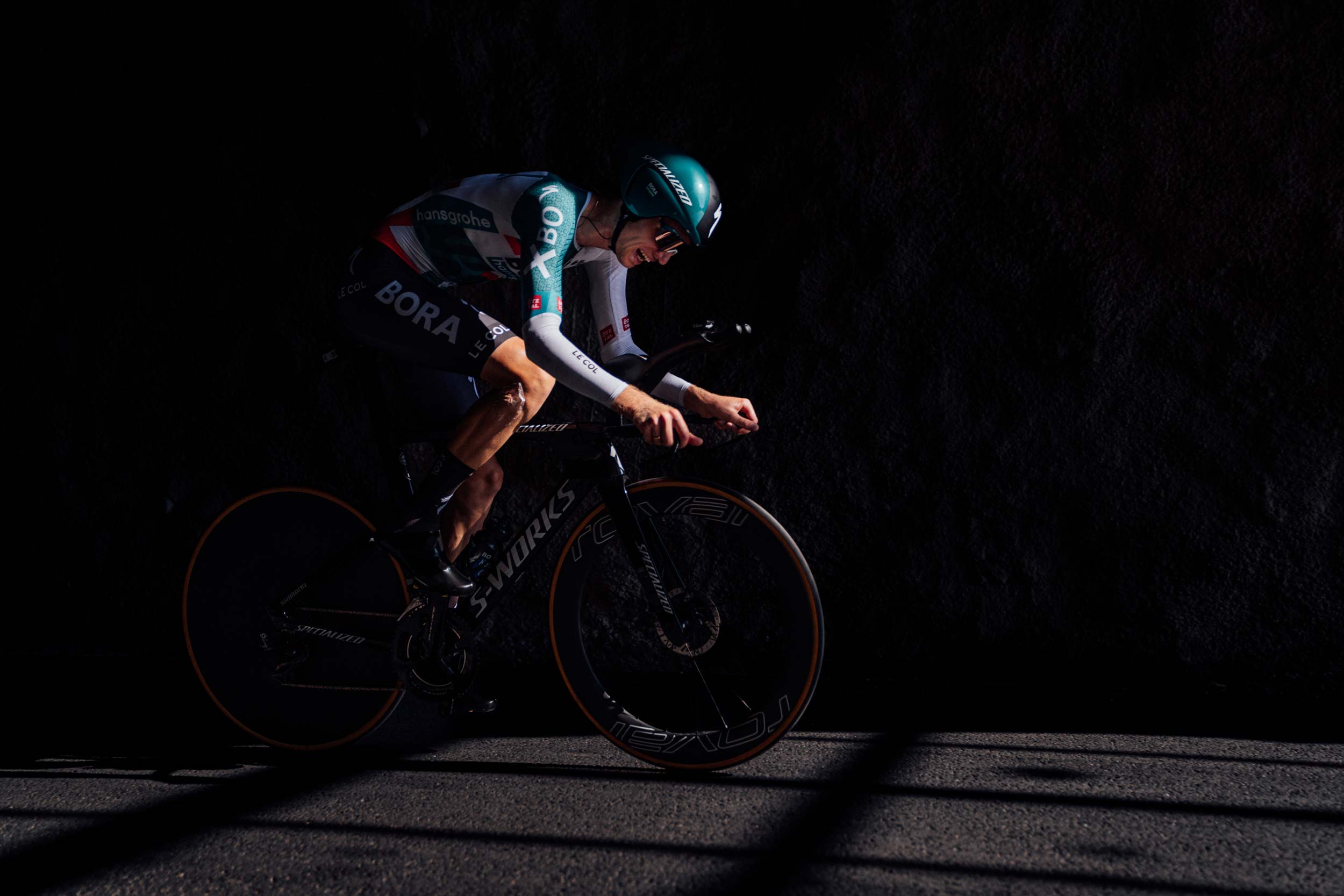 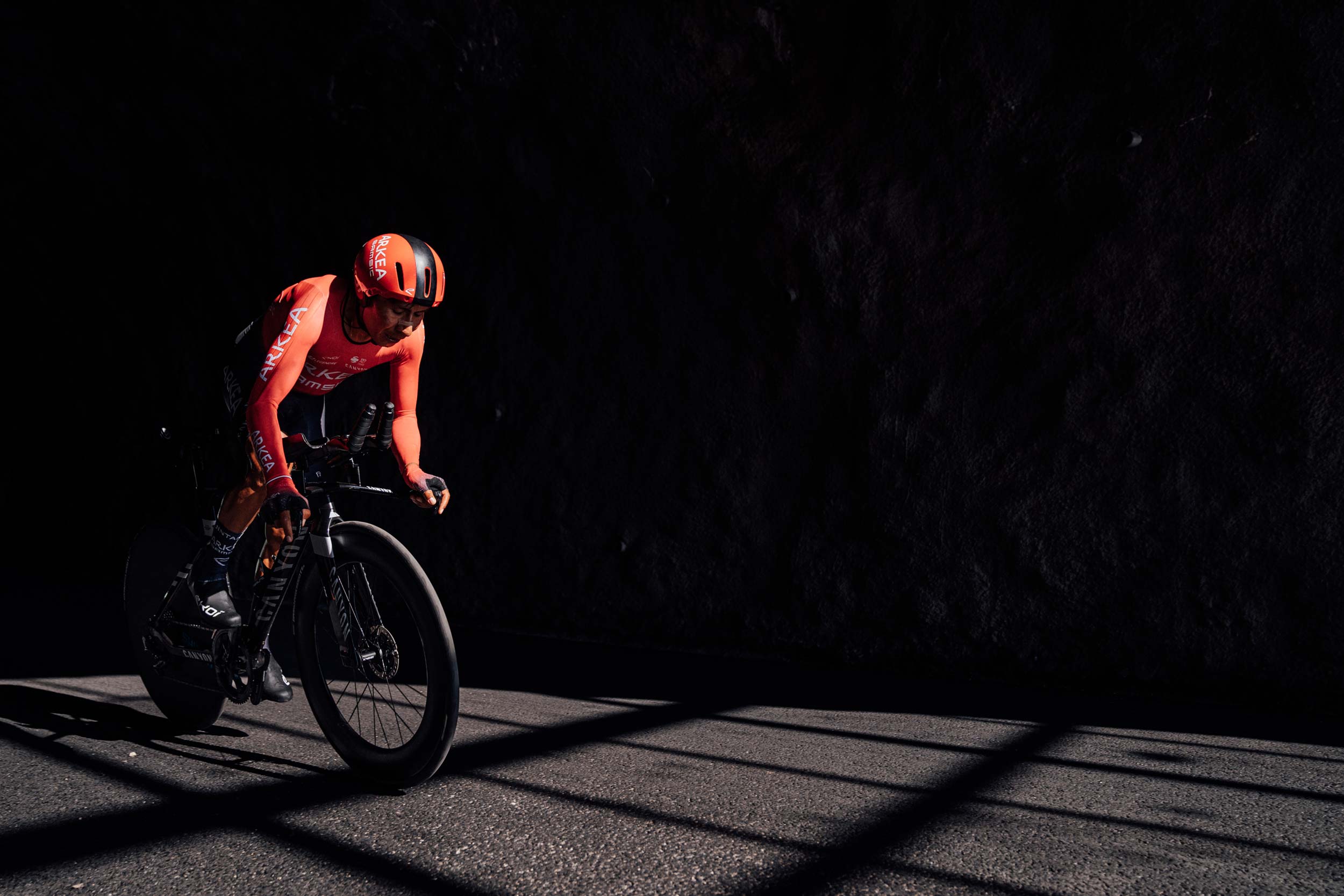 The study of TT styles continues thanks to Zac Williams, who positioned himself near the exit of a tunnel to capture these stunning photos of the riders in a dramatic half-light. 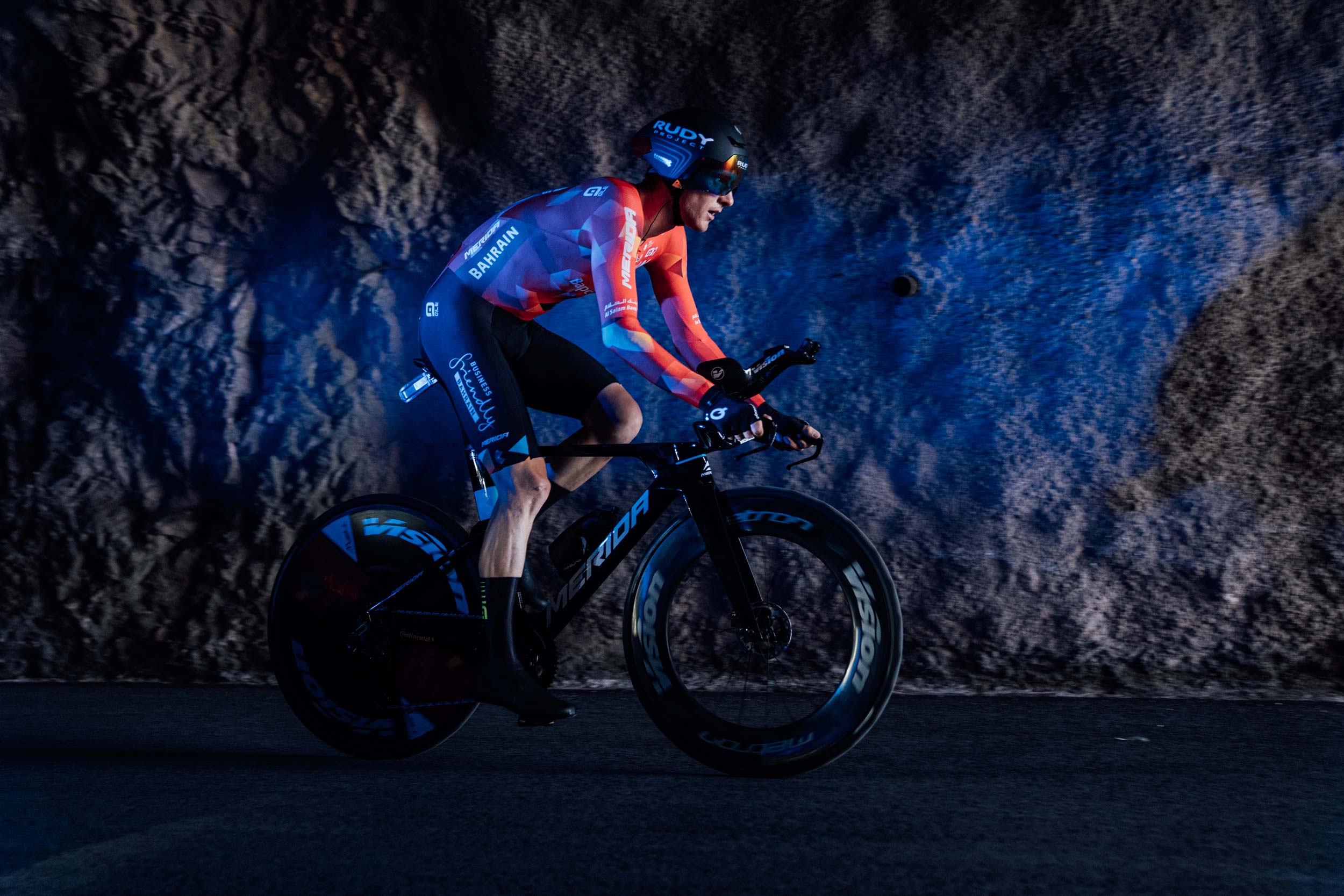 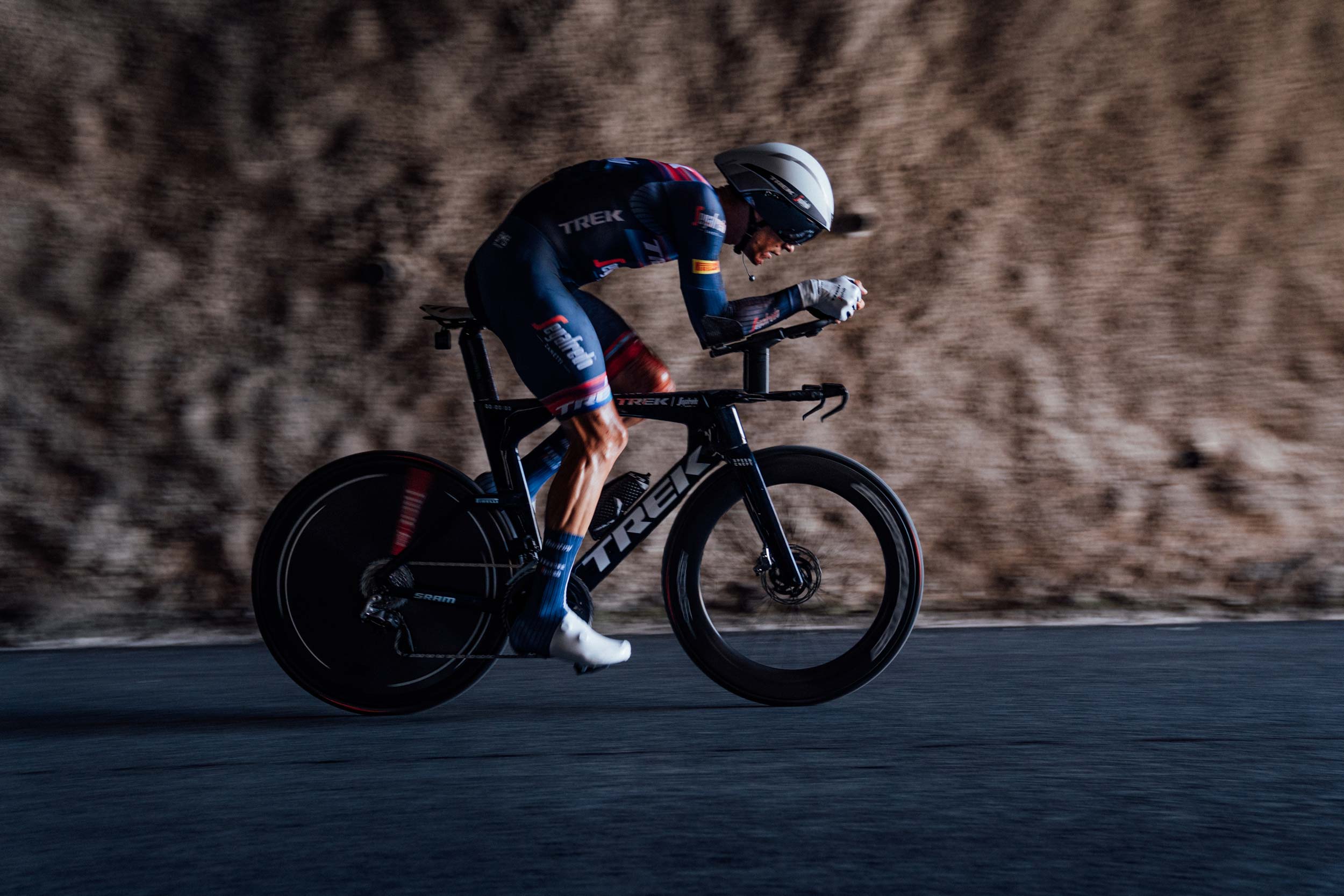 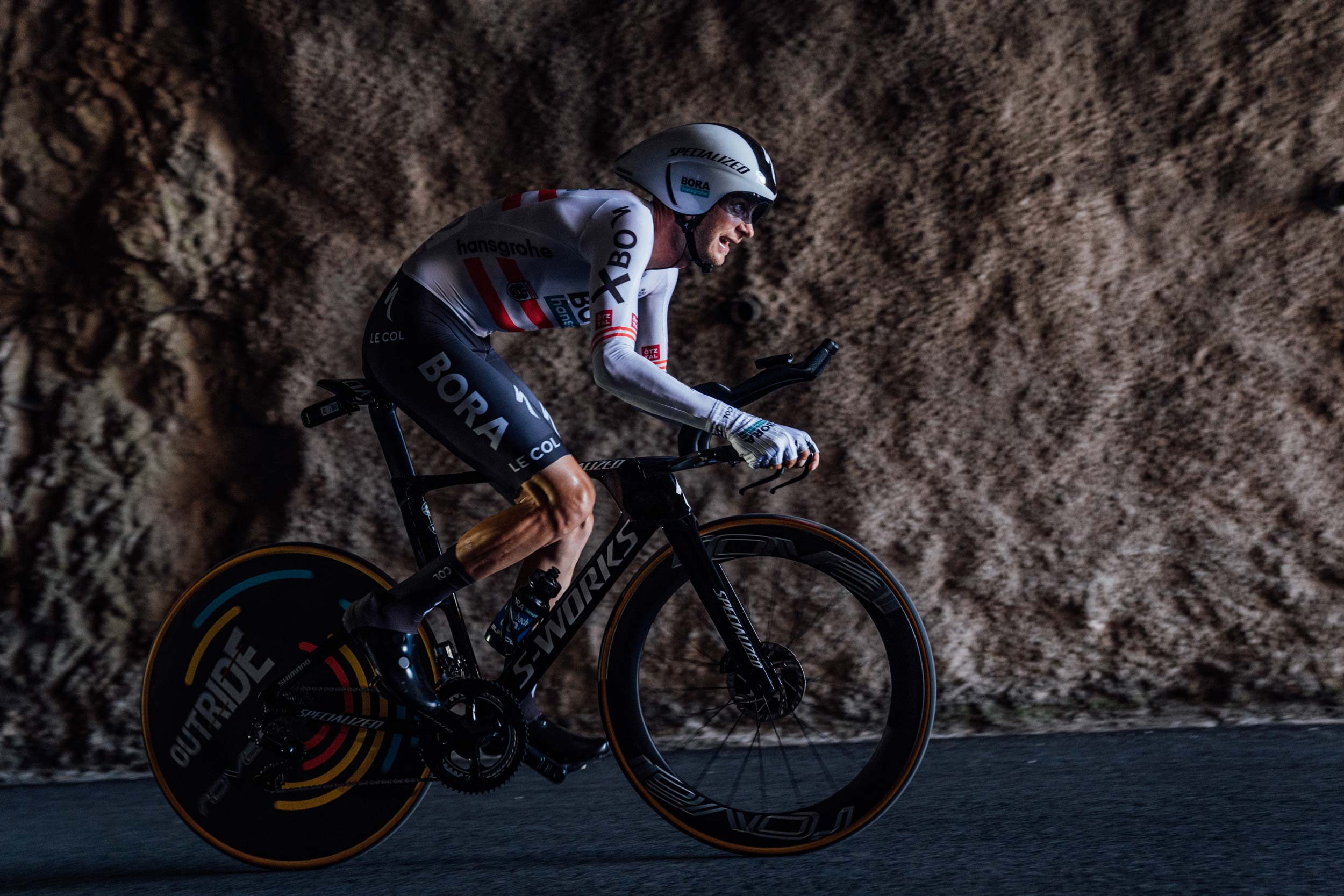 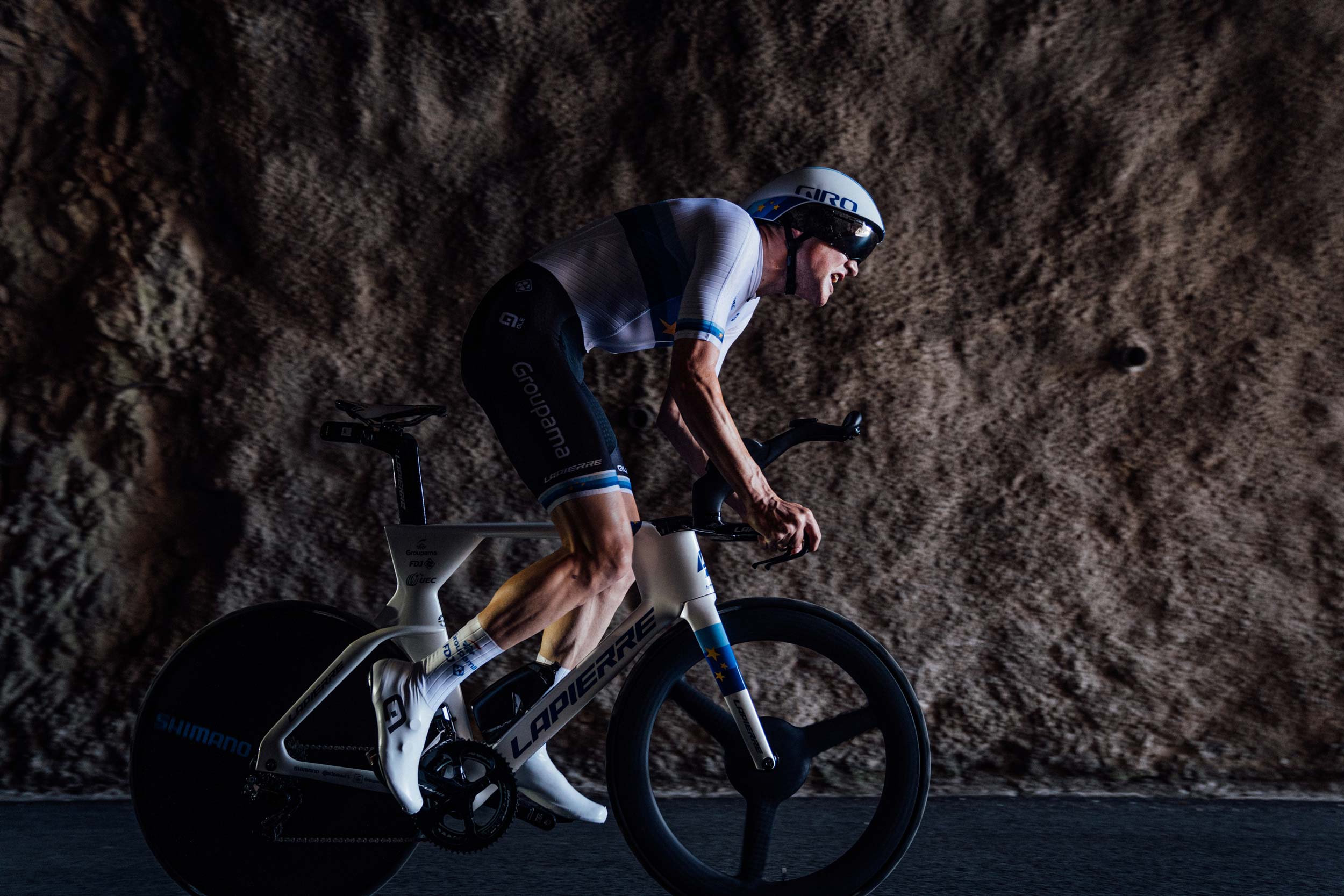 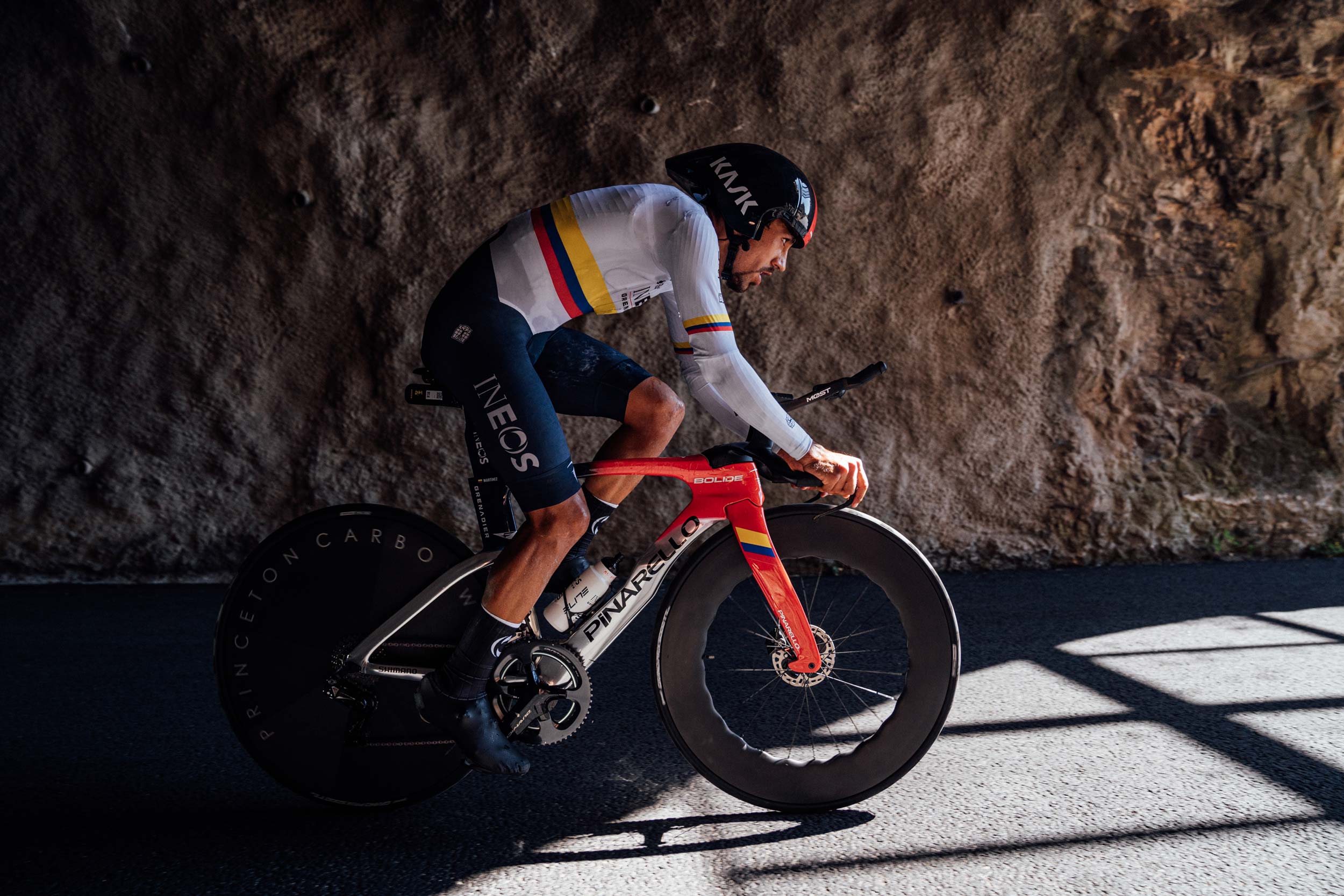 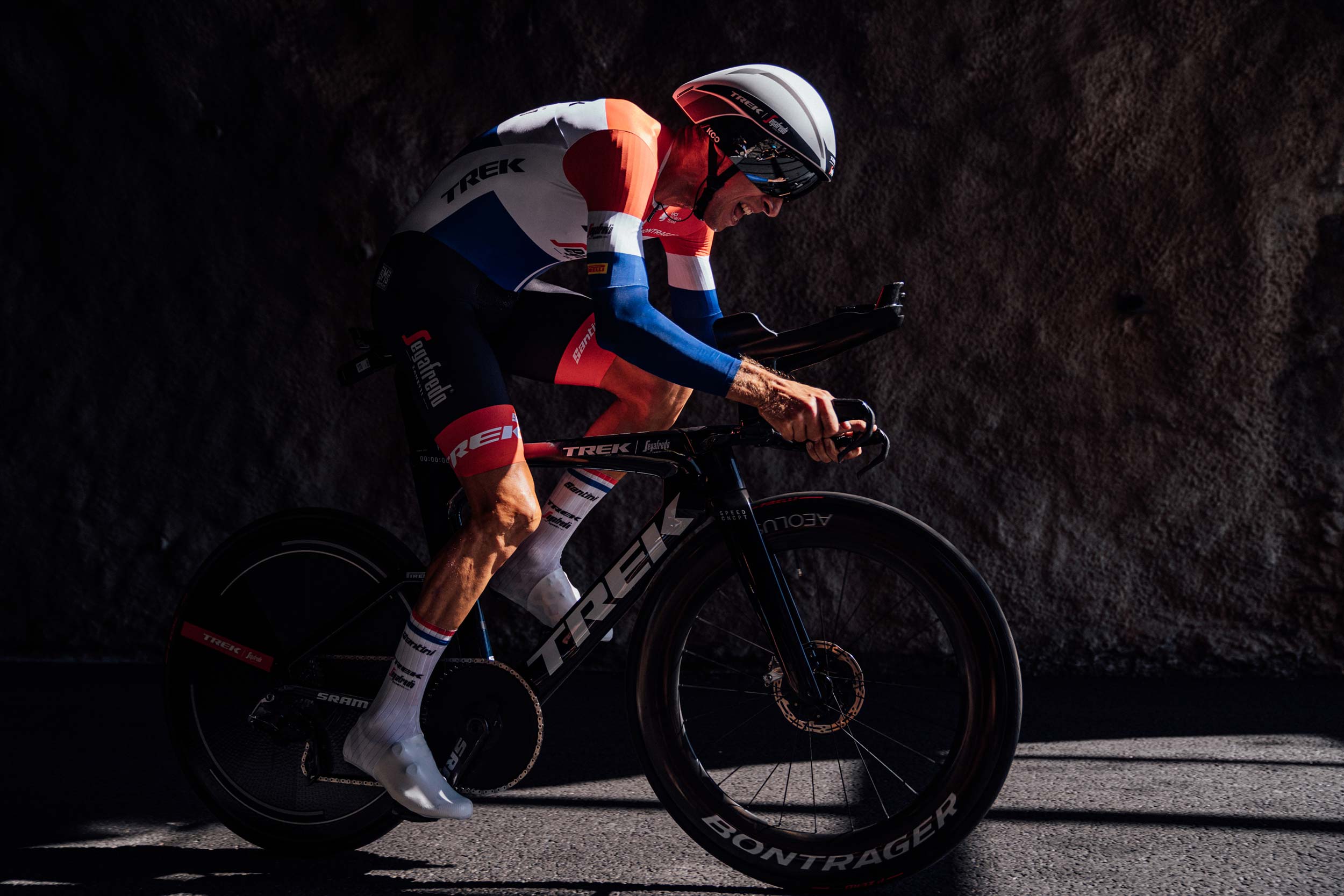 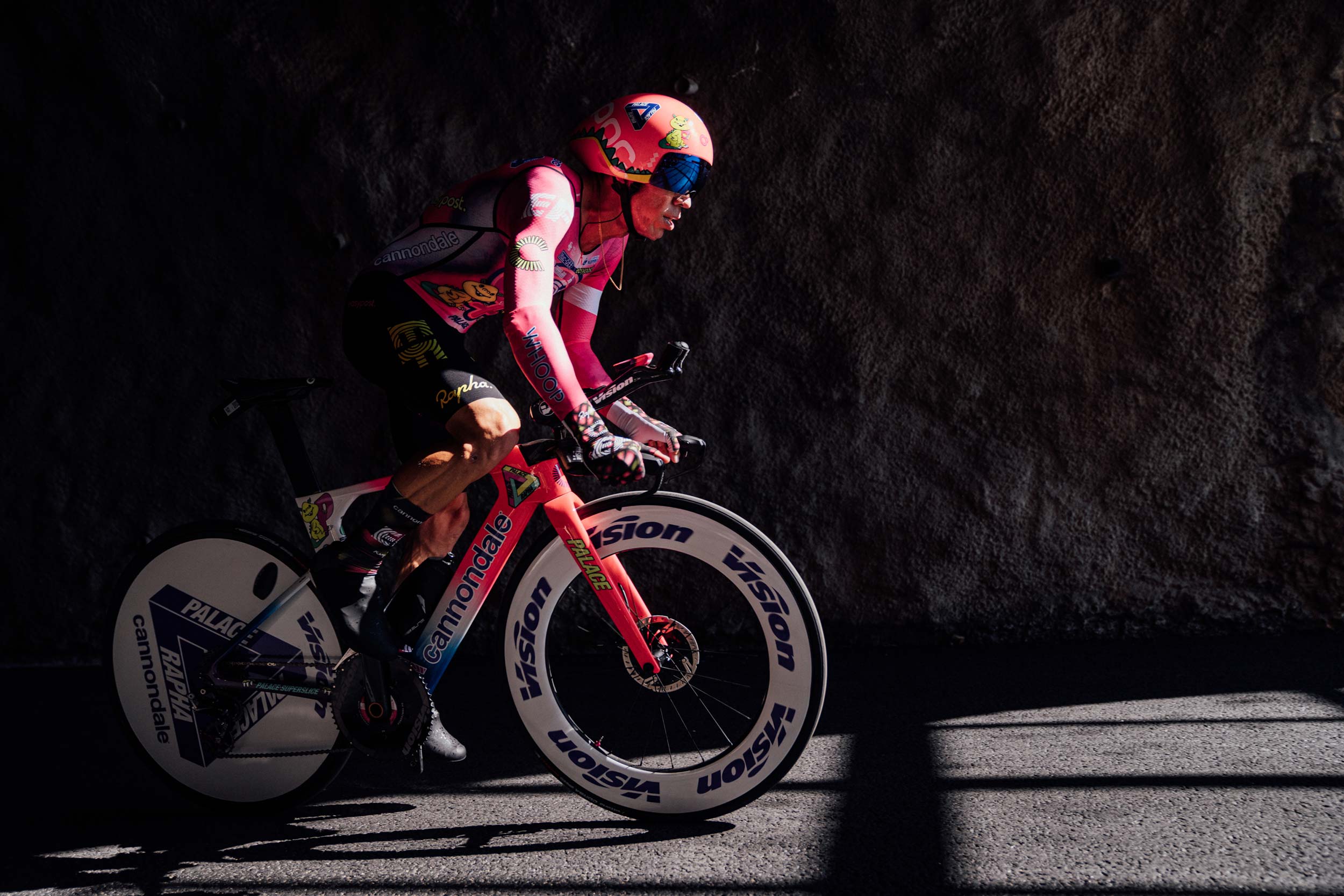