When the route for the Tour de France is announced, much of the commentary relates to the sporting challenges presented – but the organisers also like to feature symbolic inclusions, as well as a nod to places with a rich history in cycling. The same applies for the first edition of the Tour de France Femmes avec Zwift… 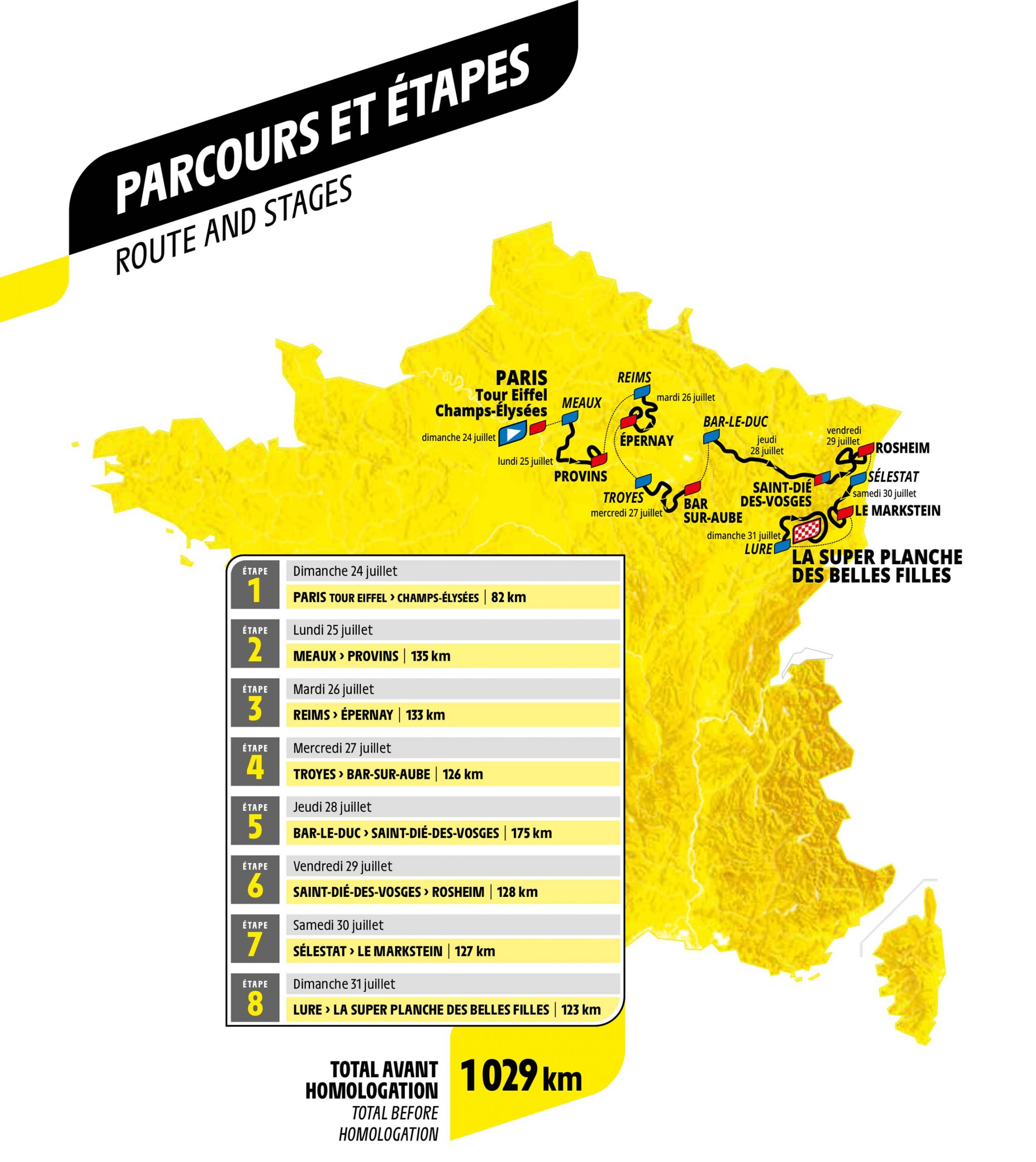 The first ‘Tour de France Femmes avec Zwift’ is scheduled to be contested from 24 to 31 July 2022. Months before the opening stage in Paris, the event could already be heralded a success by sheer virtue of it being listed on the UCI calendar, backed by Zwift, and organised by ASO.

These are all conquests that are going to help shape the future of women’s cycling and, after the route presentation in Paris overnight, there is a sense of genuine momentum that is likely to grow through to the final week of next July. There are many factors that contribute to this coming-of-age moment for a sport that has long neglected the need for gender equality and recognition of the talent and abilities of riders representing 50 percent of the population.

The fact that the inaugural Tour de France Femmes boasts a challenging course with a mix of terrain – complete with stages for sprinters, rouleurs and climbers alike – makes it even more exciting. It’s not a three-week race, but the week-long eight-stage 1,029km itinerary devised by the Directrice du Tour de France Femmes avec Zwift, Marion Rousse, has a little bit of everything that makes bike racing fascinating.

There will be a Parisian Grand Départ, a visit to the Champagne region, a stage featuring gravel roads, and celebrated climbs that have long been featured in the 118-year-old men’s race.

In a style typical of ASO and its cycling events, there is plenty of symbolism along the route and recognition of the sport’s rich history. The #TDFF is an event that will challenge an elite peloton, receive global television coverage, and elevate the status of women in cycling. And it will do so by retracing some of the original path of a stage race that has become part of sporting folklore.

Starting at the Eiffel Tower on the day the men’s race concludes in Paris, the women’s peloton will compete on the 6.5km circuit that has become a staple of the final Sunday of the #TDF, providing sprinters and rouleurs alike the chance to show themselves. Victory on the opening day will secure rights to the yellow jersey, a prize with enormous significance in the sport of cycling.

There is a commitment to at least 2.5 hours per day of live TV coverage and the many networks who have collaborated with ASO for the TDF will also broadcast the TDFF, including Australia’s ‘Cycling Network’, SBS.

In the coming months, likely starters will familiarise themselves with the course and highlight where they believe they’ll be able to have an impact on the result. And at the end of July next year, sport fans will get to see the action as the riders race across the north of France from the French capital to the Vosges department and a fitting finale on the (renamed, extended mix) of La Super Planche des Belles Filles.

By now you probably know the road. You know the gradient. You know the challenge that awaits. #LaPlanche only made its debut in the Tour back in 2012, and it seems fitting that the title of this difficult climb carries the words ‘Belles Filles’, for the arrival of the women’s peloton at this summit will indeed be a beautiful moment for cycling.

Between now and 24 July 2022 a lot more will be added to the preview of what is expected to be a showcase of cycling. But for now, you can consider the route, nominate your favourites for the title, and – of course – find further details of Rousse’s inaugural TDFF parcours on LeTour.fr complete with a breakdown of the stages and some insight into what the Directrice du Tour expects from what’s bound to be a compelling contest.