It’s over now but a considerable legacy has come from the staging of the Tour de France Femmes avec Zwift. Women’s cycling has come of age in a week of exciting racing. The pre-race  favourite eventually triumphed… but that doesn’t mean the contest was at all predictable. It was a showcase of our sport and a highlight of the season. 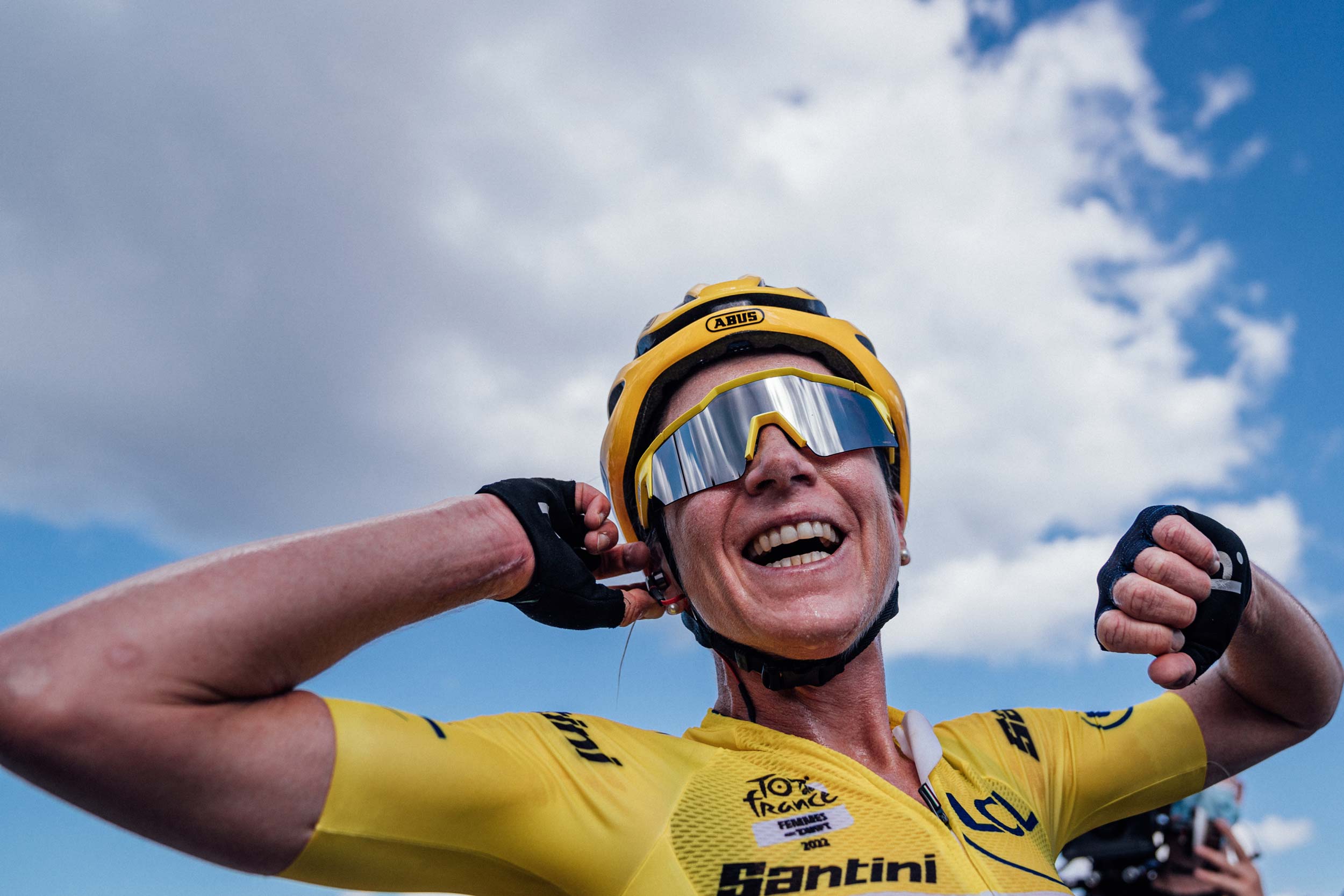 Annemiek van Vleuten sums up the emotions of winning the title of the inaugurual Tour de France Femmes avec Zwift.

Was the dream that the race would even taken place? Or that, only 69 days shy of her 40th birthday, the Dutchwoman would find herself in a yellow jersey as the champion?

The answer is likely to be both. 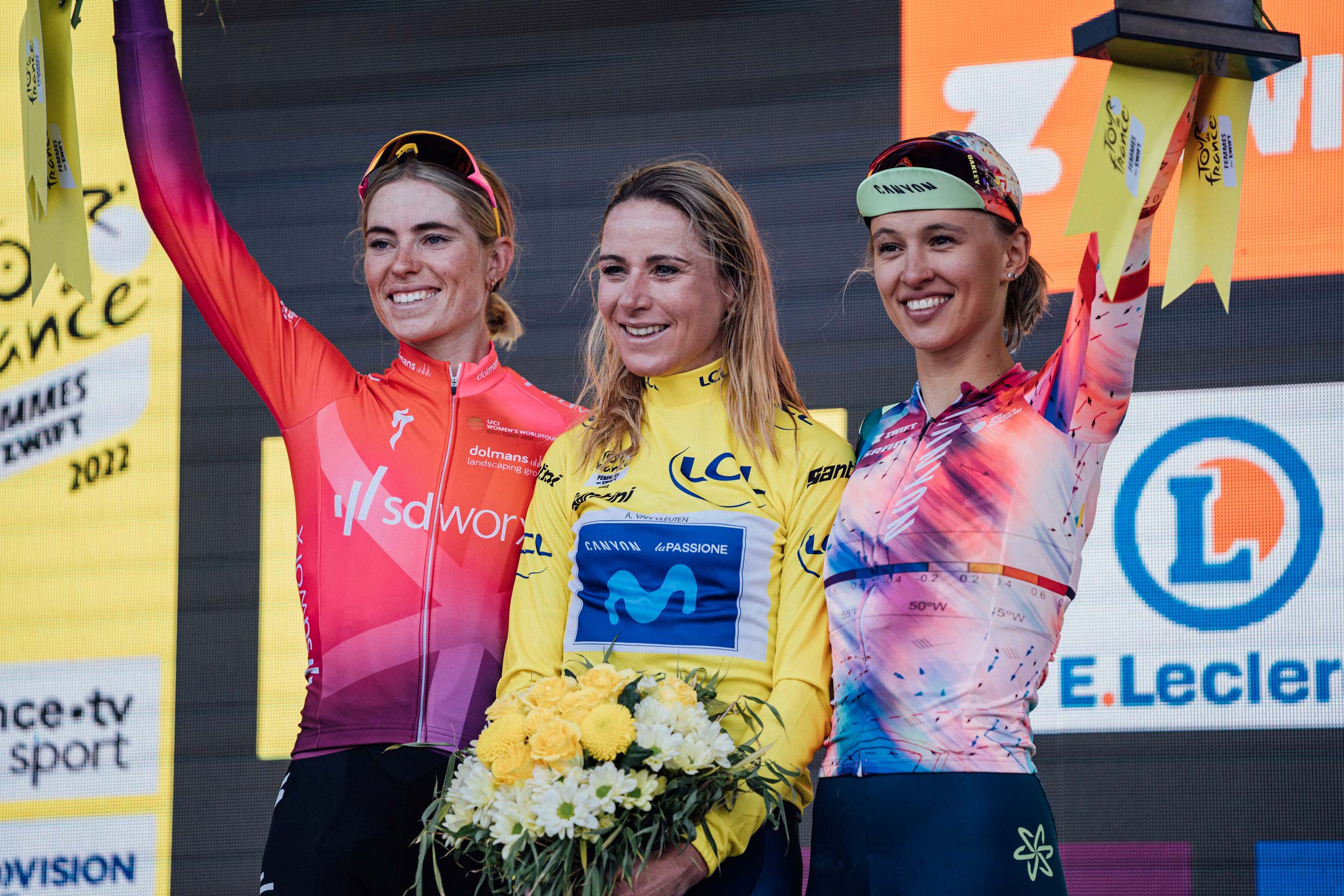 Ordinarily it wouldn’t be a surprise to see van Vleuten on the top step of a podium. She’s done it often in a career spanning 15 years. There are 95 victories listed on her résumé, and the latest is champion of the #TDFF, plus two stage wins. In other words, she is hard to beat.

Despite how the week of racing in France ended, however, it is a surprise that she rounded out the Tour as the winner. Illness had hindered her and there were even thoughts of abandoning in stage two, conceding to messages being sent by her body.

But AVV is no ordinary rider. She is a professional in every sense of the word and her willpower proved to be stronger than the gastro that had impacted her early in a race for the ages. 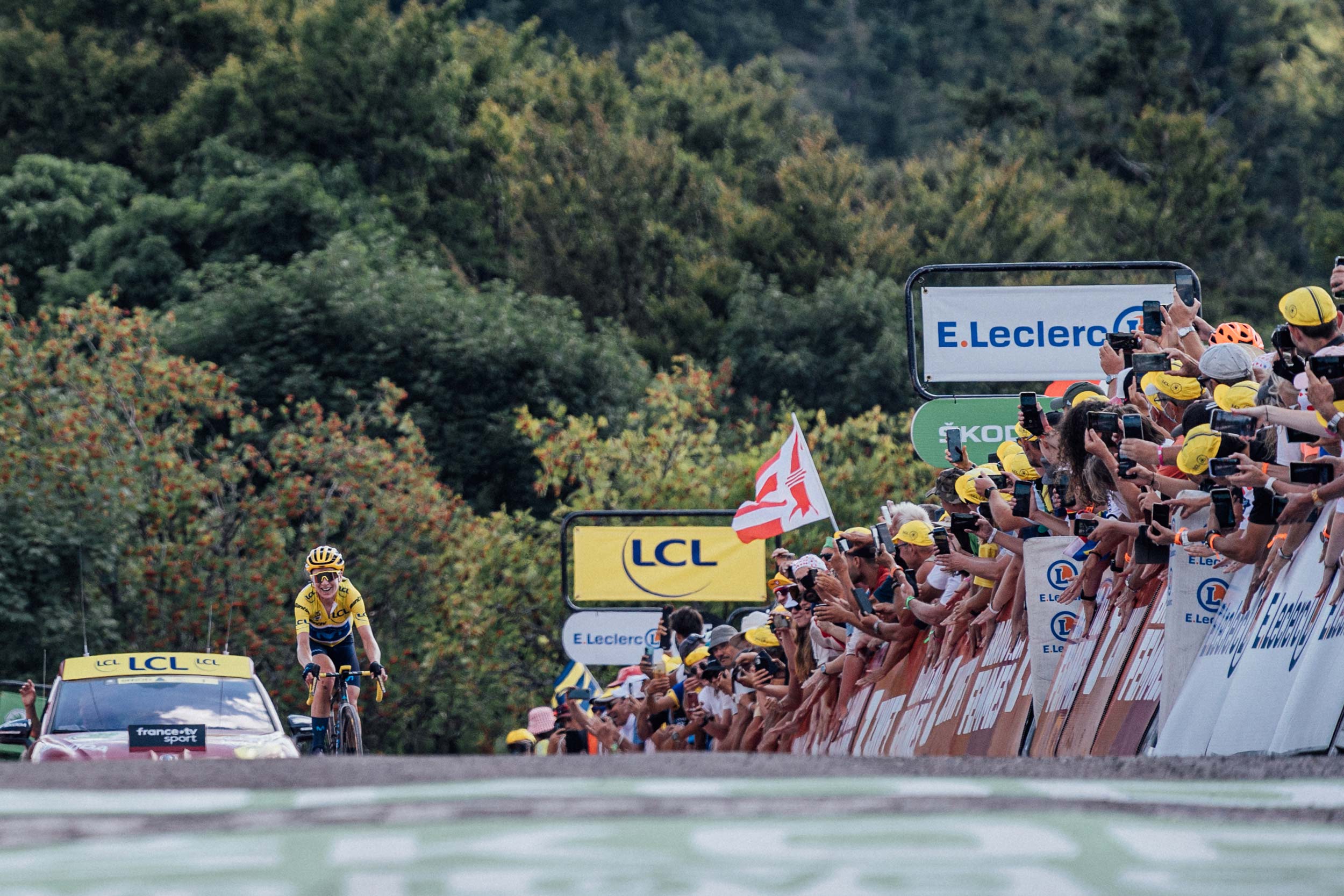 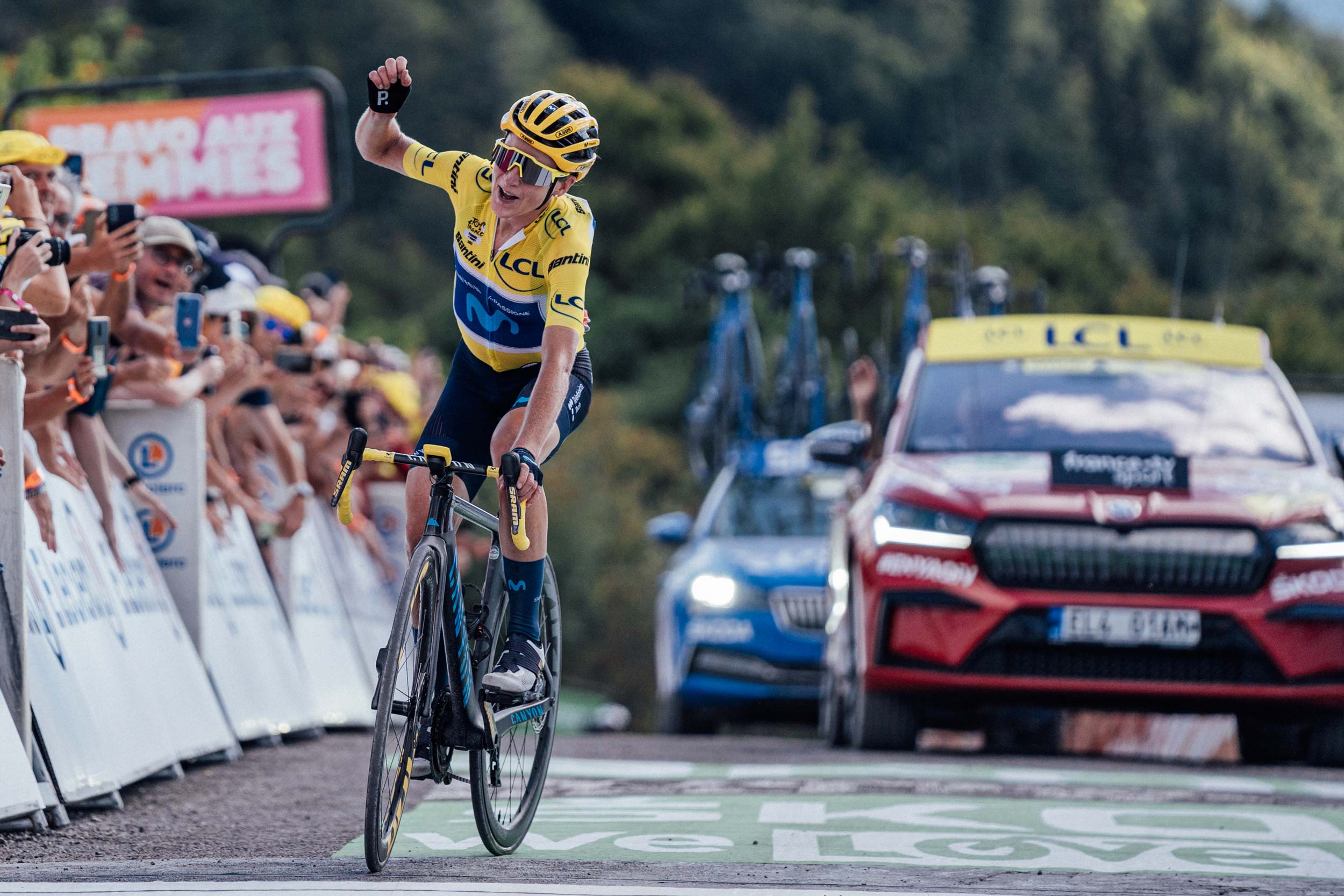 The 2022 Tour de France Femmes avec Zwift will be remembered fondly for a long time. It provided a coming-of-age moment for pro cycling with the momentum only ever building from the moment ASO pledged its commitment to creating a women’s race.

“It was not an easy week. It has been a super big rollercoaster for me. And even today it was not easy. But to finish here in yellow, solo… the best way. 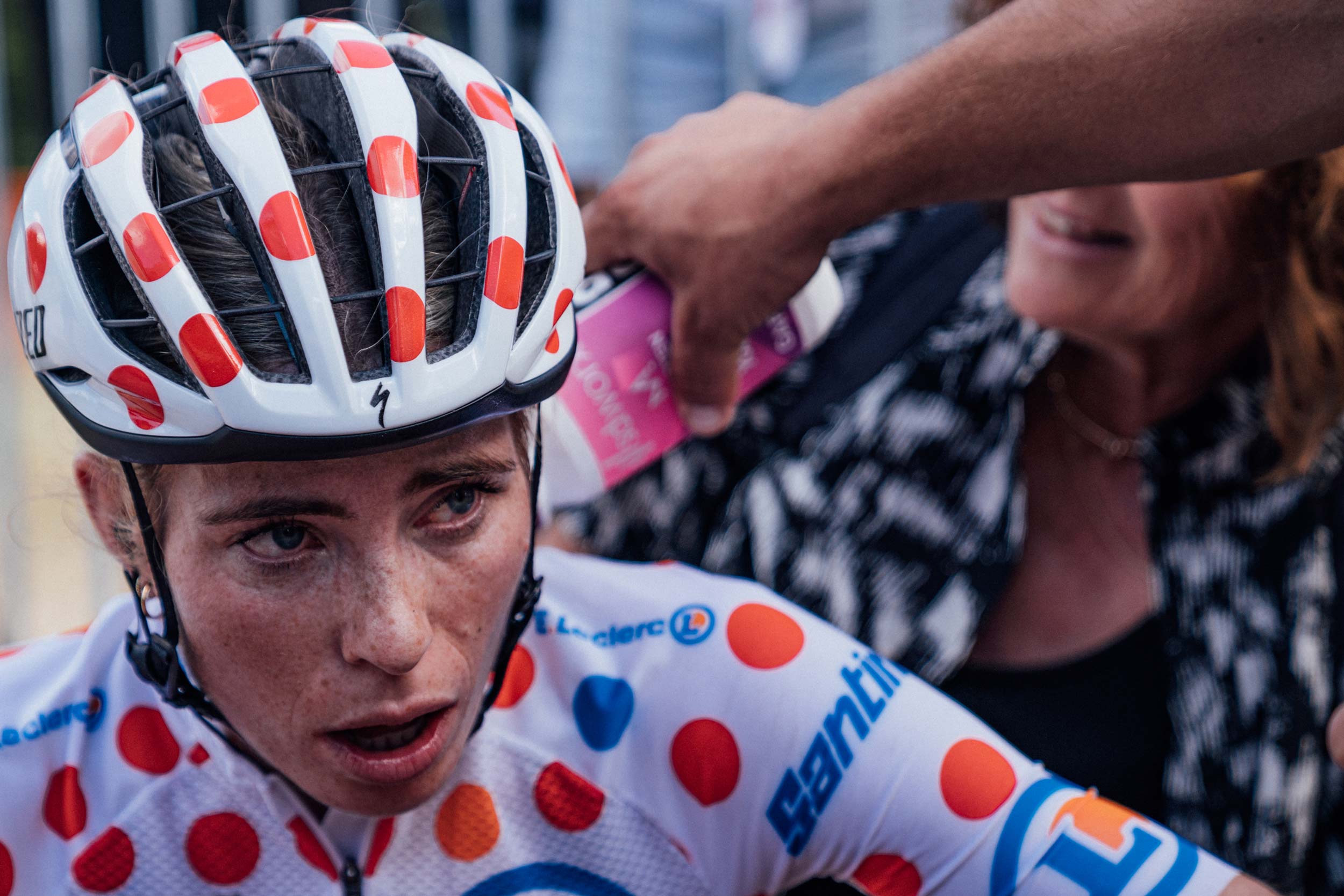 Demi Vollering, the runner-up in the #TDFF of 2022, won the polka-dot jersey with 42 points, four more than the overall champion Annemiek van Vleuten. 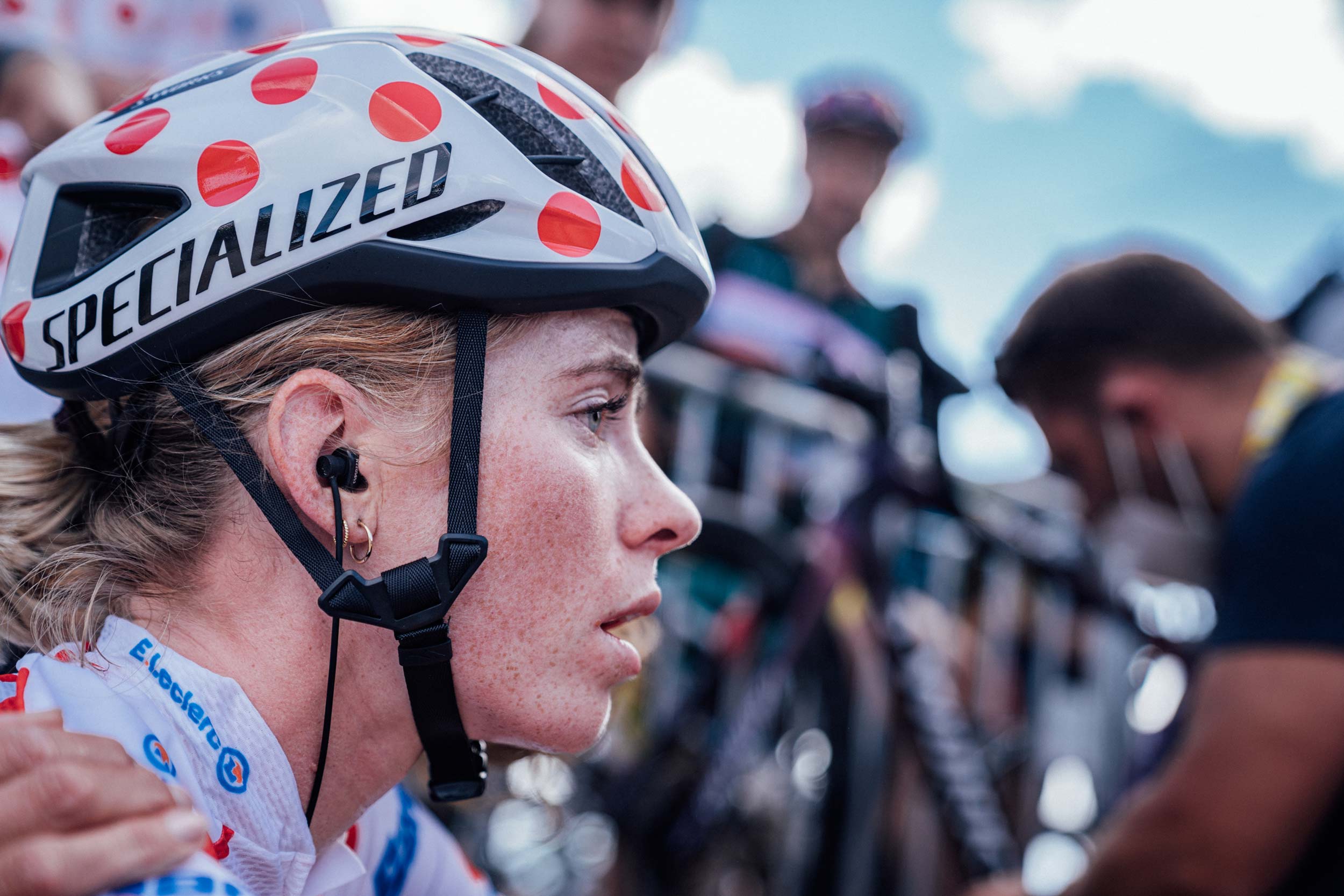 With the Tours de France of 2022 behind us – both of them – it’s now time for Australian cycling fans to reset their body clocks. There’s a lot more racing yet to come this year; there are only 48 days to go before the world championships come to Wollongong, but before that there’s another Grand Tour to be contested (in Spain, for the men) and a host of other races.

We can look back on July 2022 as a month when cycling matured, when the women’s peloton was also a headline act. The #TDFF didn’t just live up to lofty expectations, it exceeded them. 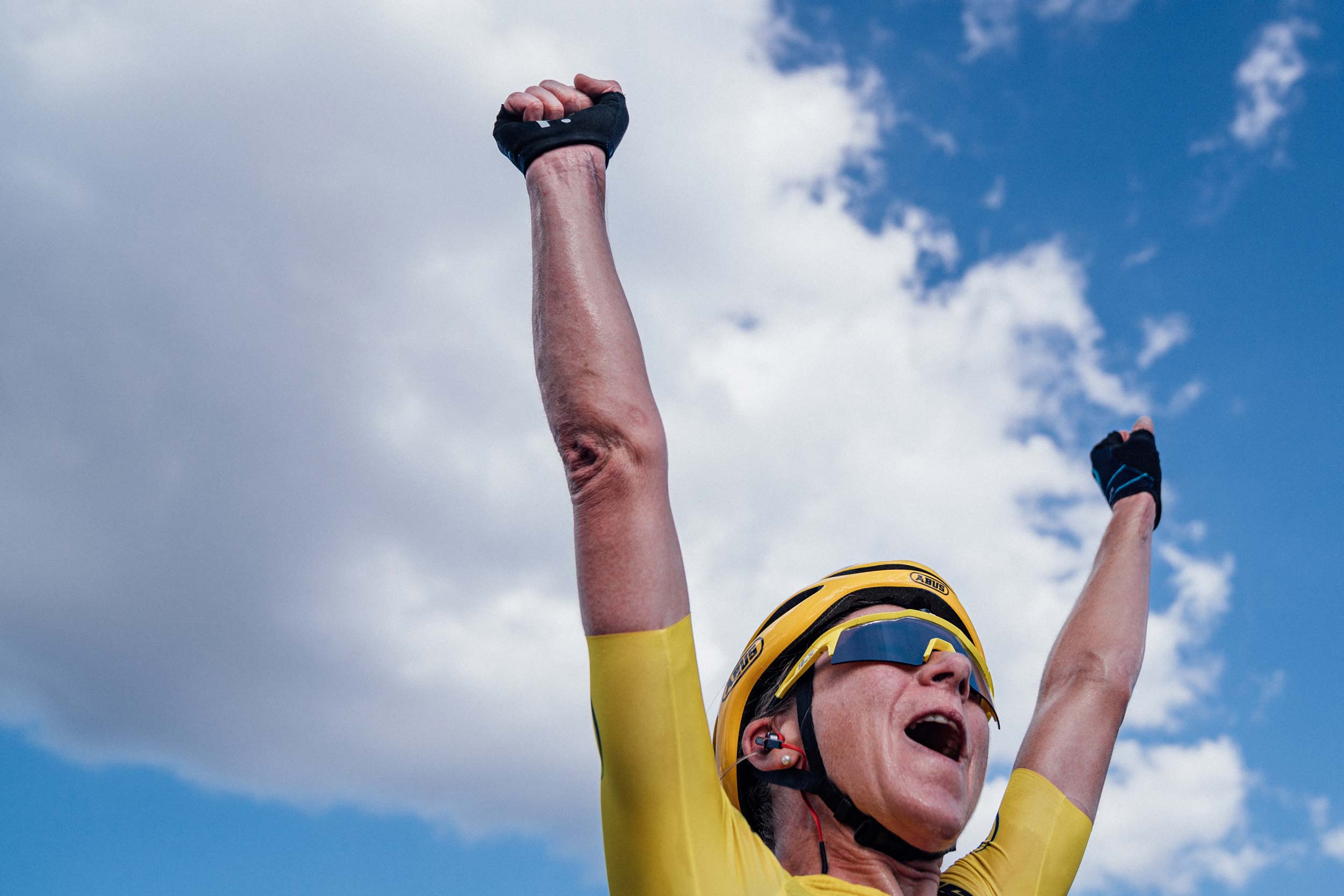 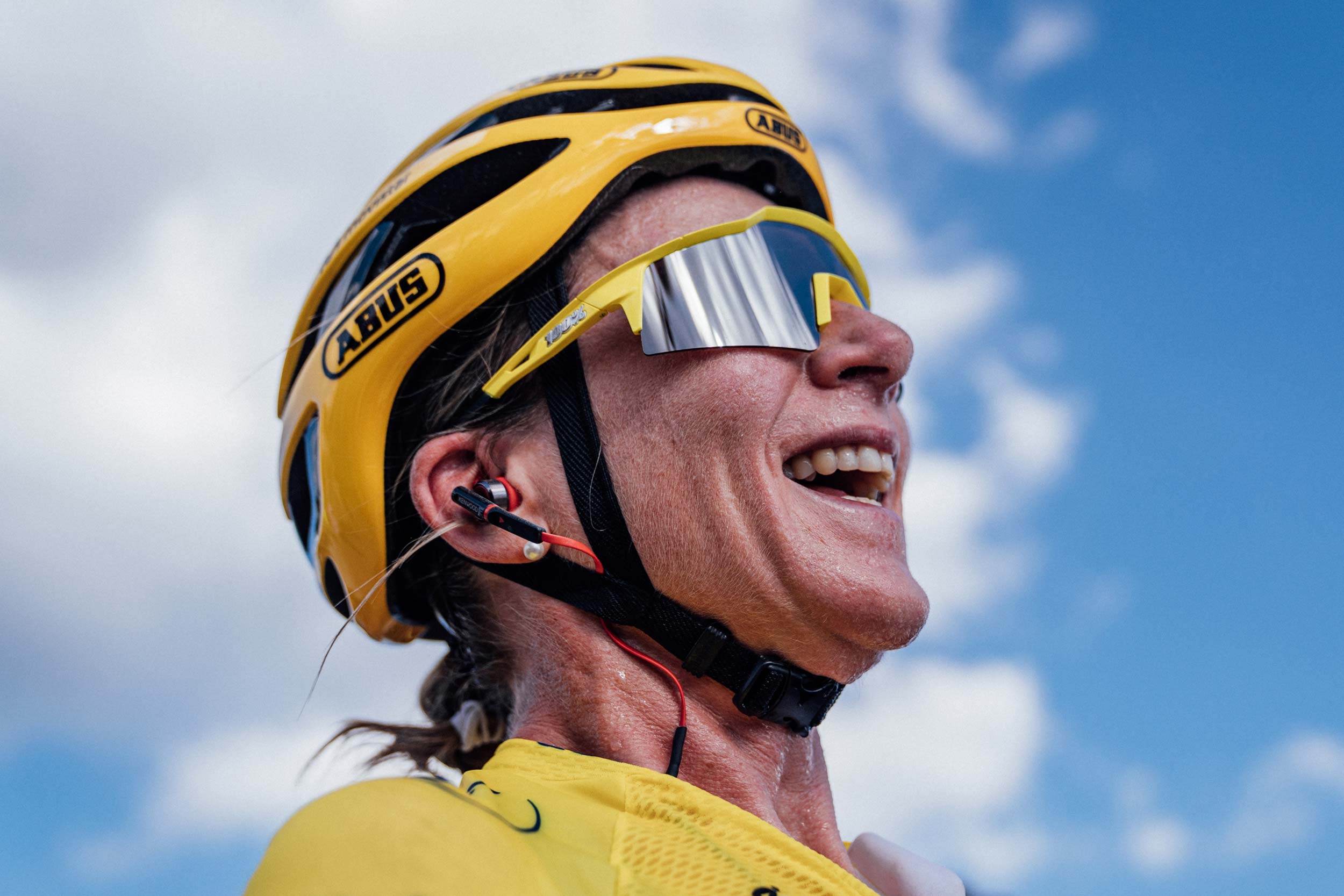 “I think it is a milestone to win the first one of these,” said van Vleuten after arriving at the finish of stage eight to take a second successive victory in the mountains and increase her overall advantage.

“I think now it all can to sink in and finally I can really enjoy it.

“Yesterday, it was an unbelievable day, but I still wanted to keep the focus. I didn’t want to celebrate already. But now I can finally go, eat ice cream and pizza tonight, and to celebrate with this team… tonight I can celebrate without thinking about tomorrow.”

Monday might even be a rest day for Annemiek van Vleuten. Along with all others who were part of this rebirth of the women’s TDF, she will be able to pause and consider all that happened in the past week. And she should be proud of what’s been accomplished.

In this final TDF gallery by Zac Williams, we see the victory of van Vleuten at La Super Planches des Belles Filles and the faces of some of the riders who helped animate the action and make it a race to remember.

A big thanks to Zac for his professionalism, and his artistic vision – capturing the emotions of cycling in a unique way, which helped showcase the action and the beauty of events that have provided plenty of highlights. 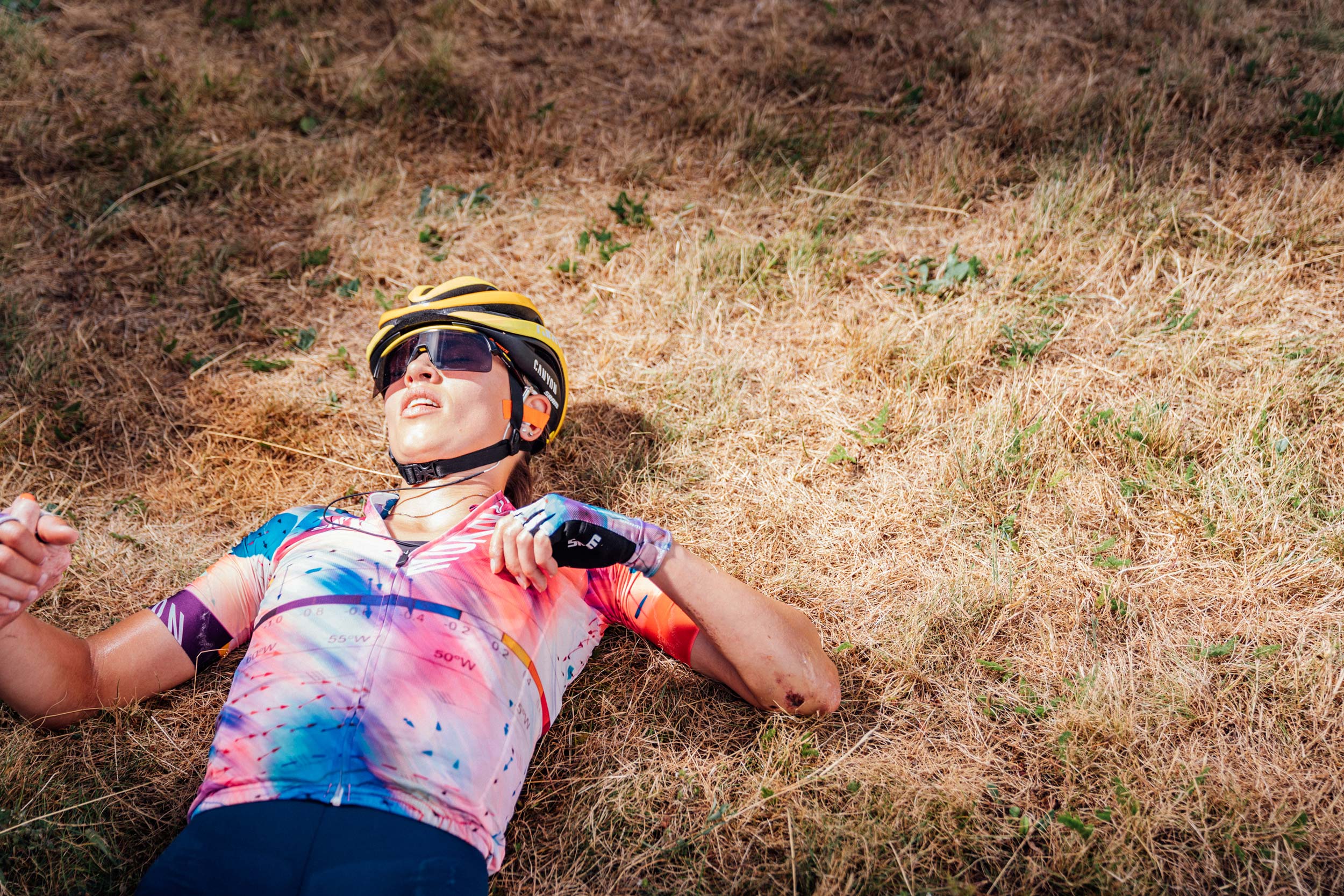 Niewiadoma finished fourth in the final stage, and third overall… she was also part of the Canyon-SRAM line-up that won the team’s classification. 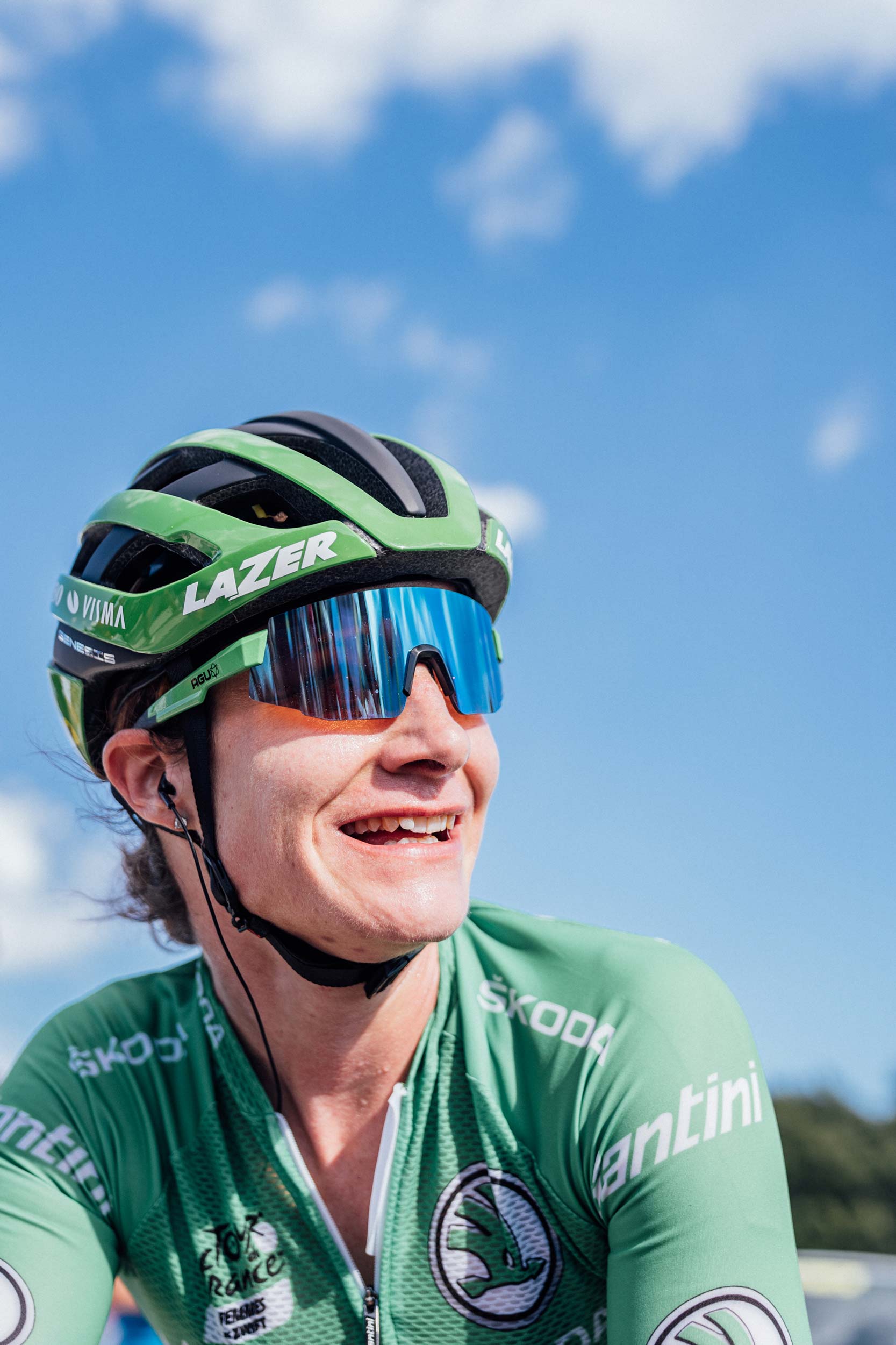 Marianne Vos was one of the driving forces that helped make the TDFF a reality. She won two stages, wore the yellow jersey for five days and dominated the points classification, winning the green jersey with 272 points. Lotte Kopecky was second in the sprinters category with 174 points. 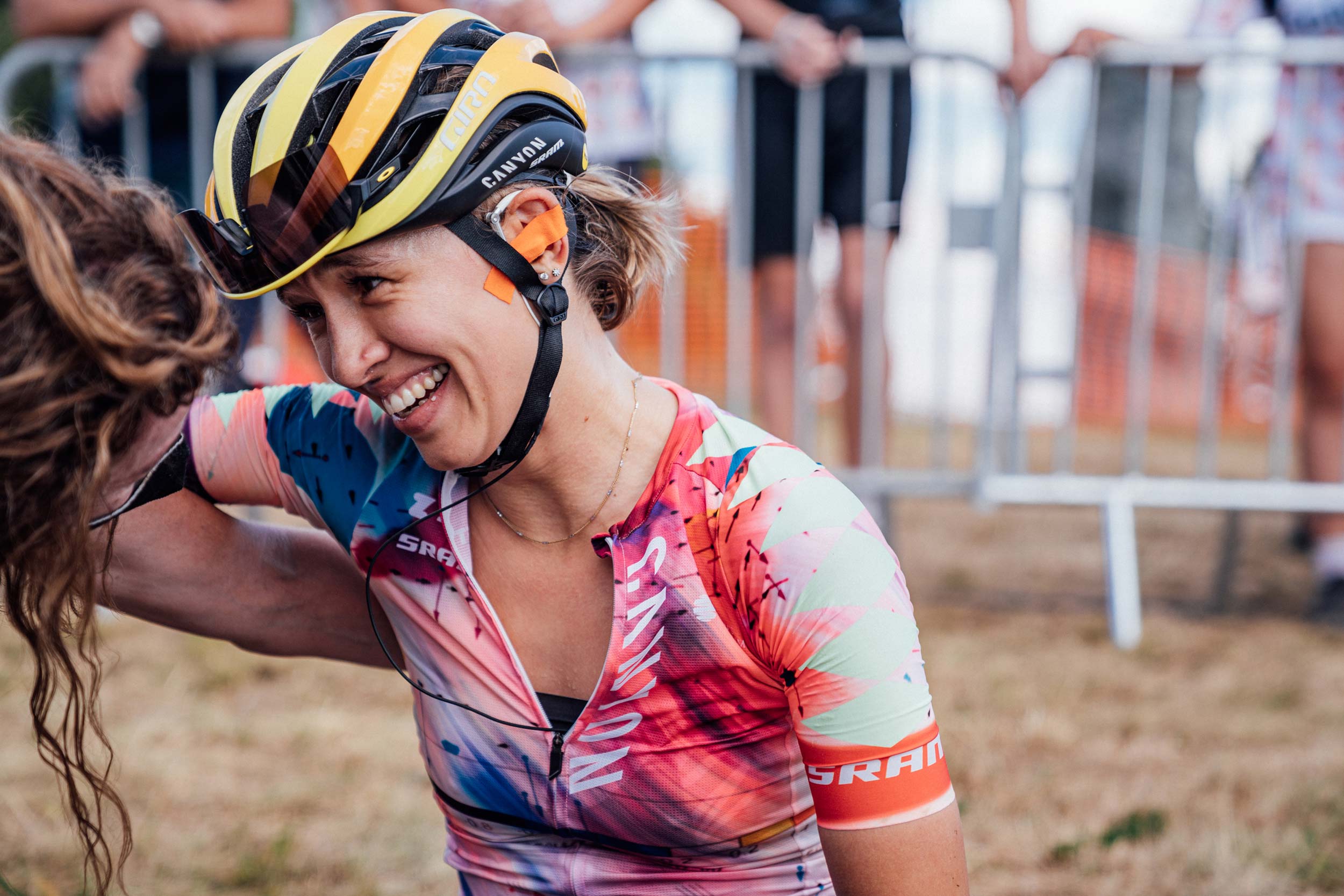 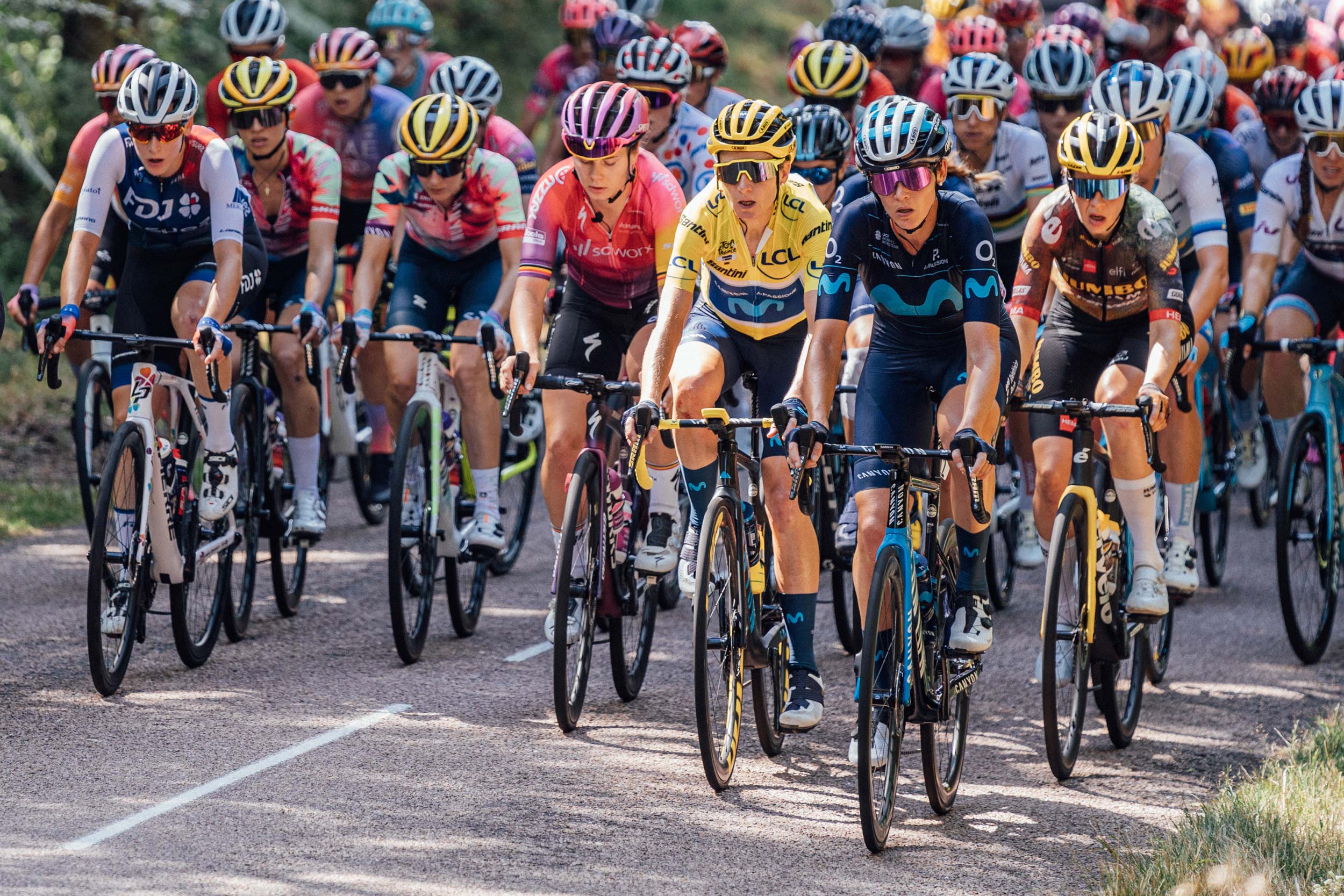