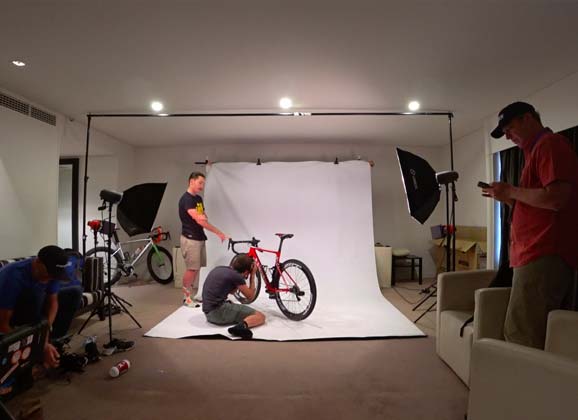 Tour Down Under Diary part 1: working with Peloton Magazine

The international road racing season is underway. And we have a few initiatives planned for the week. In part one of a diary from the Santos Tour Down Under, Rob Arnold explains a new collaboration with the publishers of Peloton magazine. 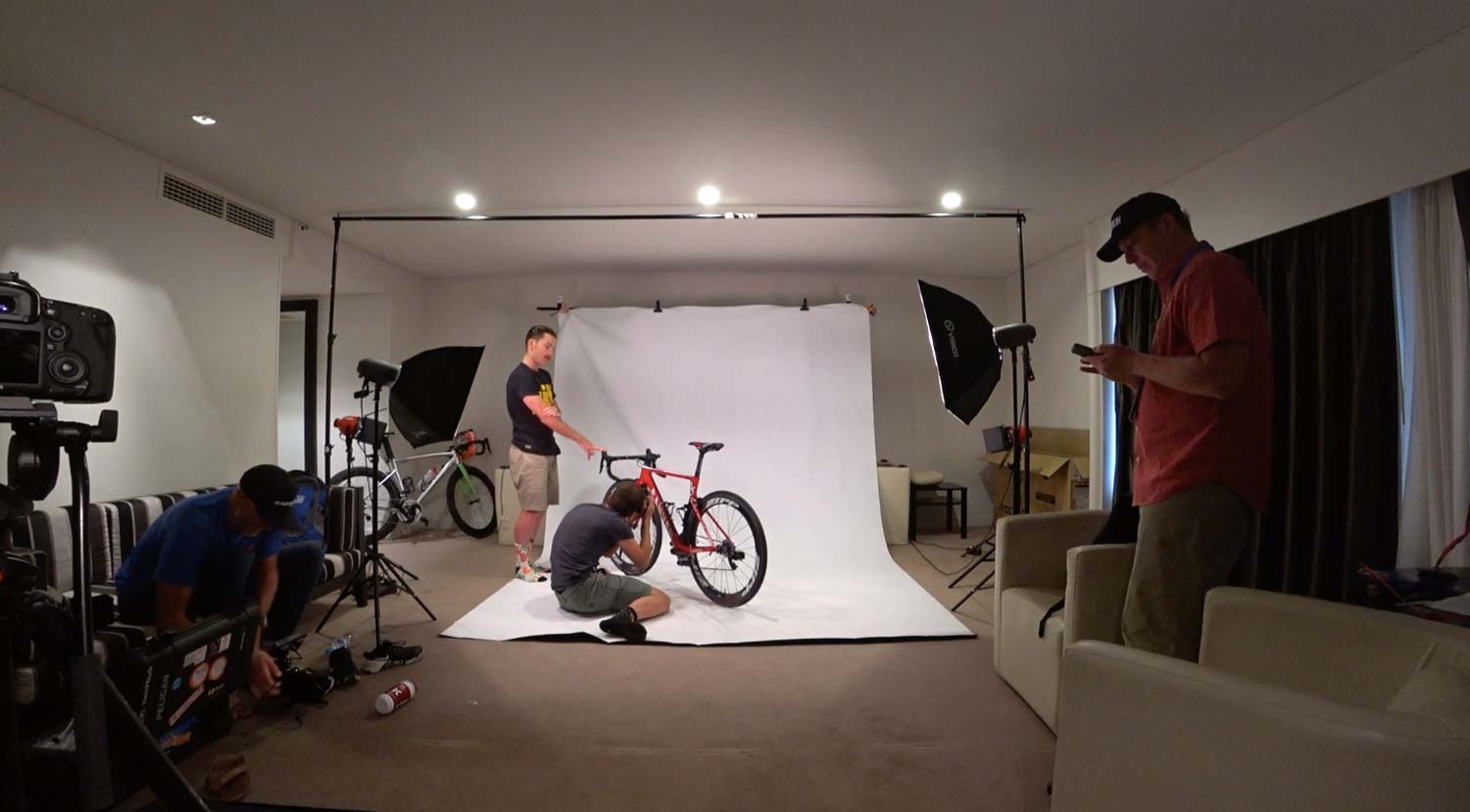 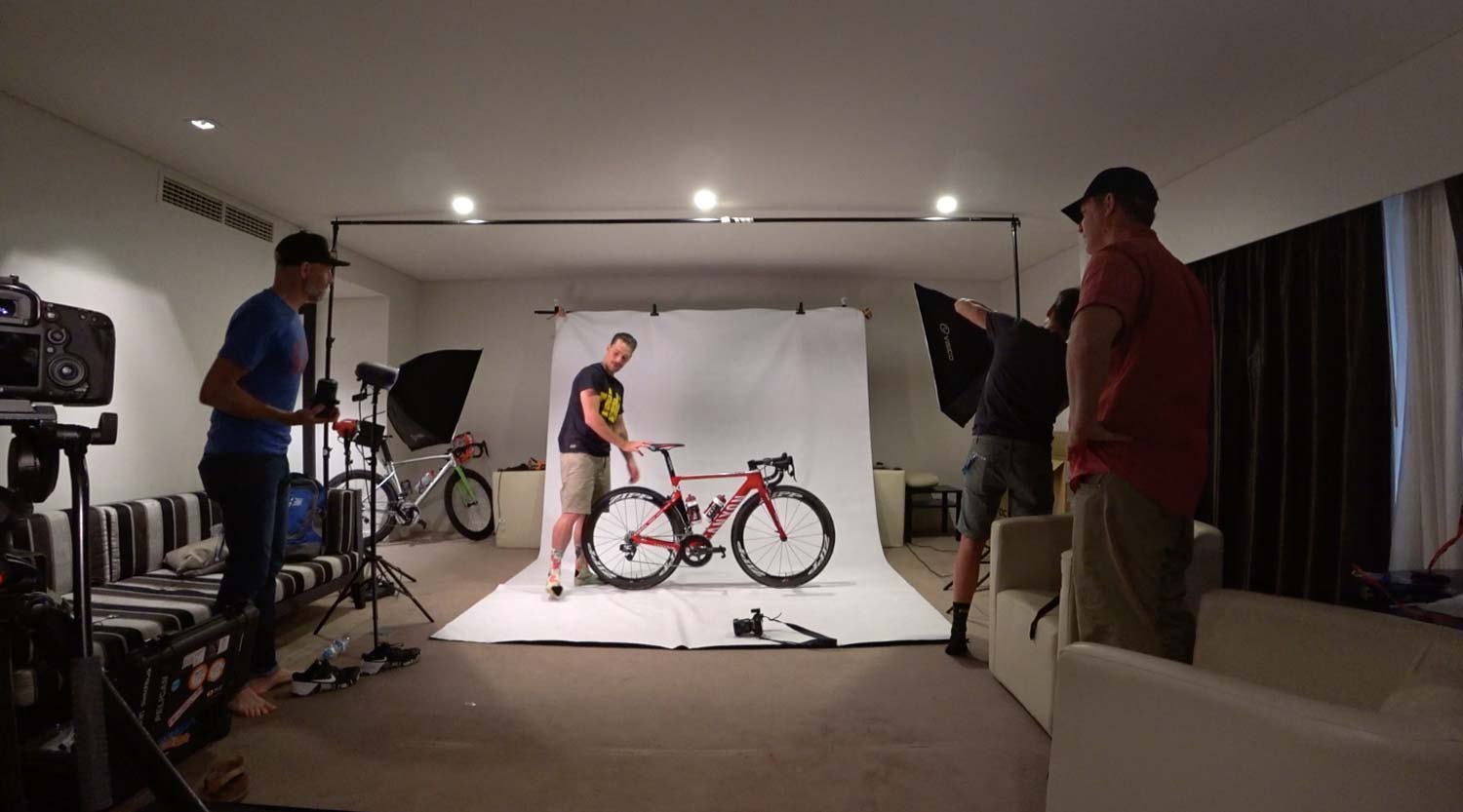 Today was about setting up the studio in the Adelaide Hilton – a tradition established over the past three years – and preparing to photograph all the team bikes of the WorldTour peloton. This is what we’ll be doing this weekend: capturing images and information about the equipment used by the best cyclists in the world this year.

The suite in the hotel was ready by 11.50 and a few hours later three of the 18 teams had kindly offered their bikes for appraisal, and examination, and photography, and measuring and… (lots more: stay tuned).

It was a chance to settle in. 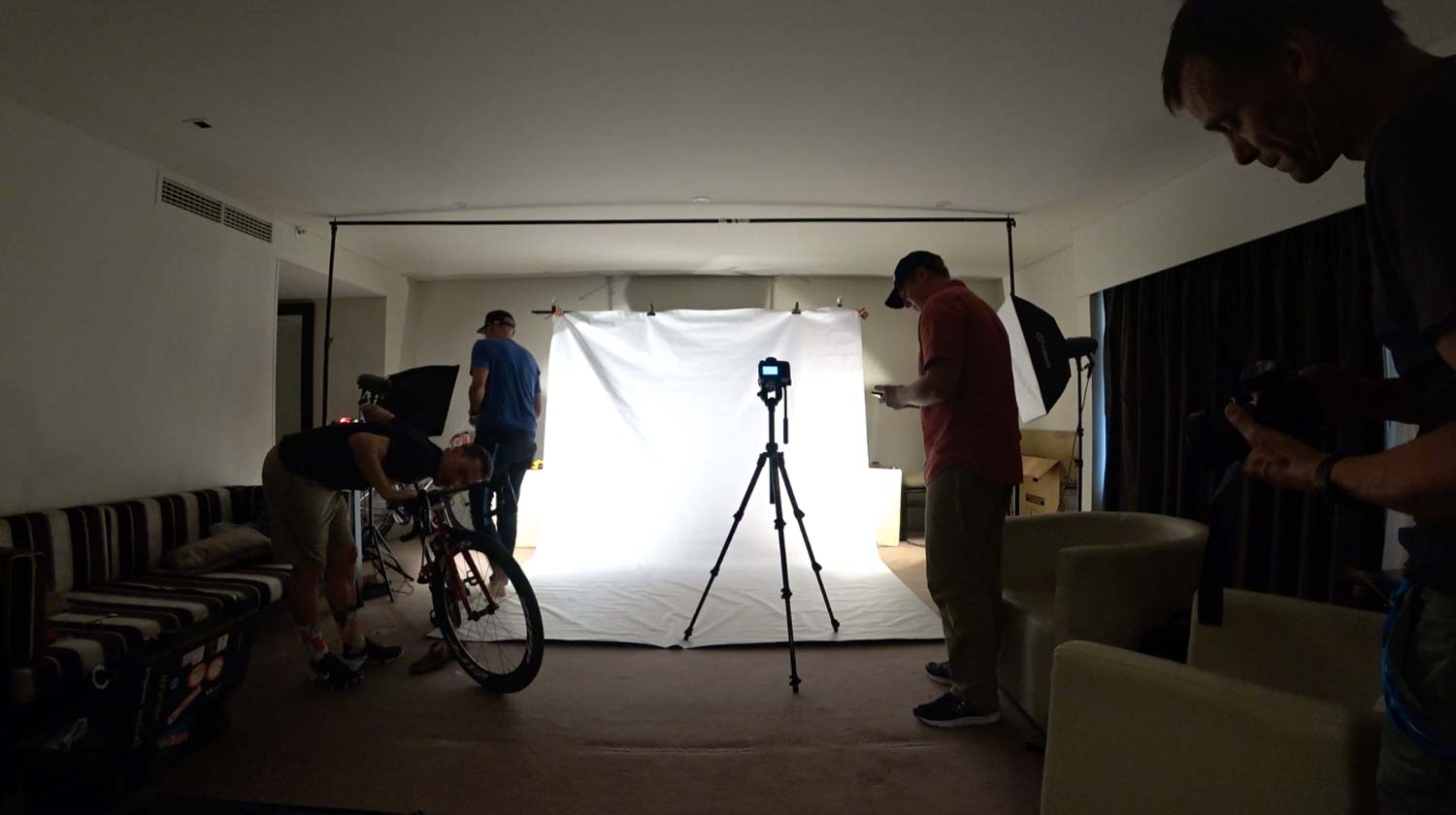 Since 1999, I’ve been flying to Adelaide in January. This is something that has become habitual. I can’t imagine a year starting without going to South Australia for a bike race. I’ve been to every single stage of the Tour Down Under – and that tradition will continue in 2017.

This year, however, we are working in partnership with another cycling publisher, Peloton Magazine from the United States. And today was the first collaborative effort with my company, RIDE Media.

We met for coffee early and discussed the approach for the day. Our aim is to show you inside the world of cycling: and, for this week at least, the opening stanza of the 2017 WorldTour which begins in South Australia at the Santos Tour Down Under.

Brad Roe, the publisher of Peloton and his colleague Ben Edwards are in Australia for the first time. They are part of the media contingent in town to cover the race… and its surrounds.

Over the coming 10 days we will be working to provide a range of content and several platforms – including our first RIDE/Peloton collaborative Facebook Live post (which you can find on Peloton’s FB page). And, of course, there’ll be reviews in our respective magazines: RIDE Cycling Review and Peloton. 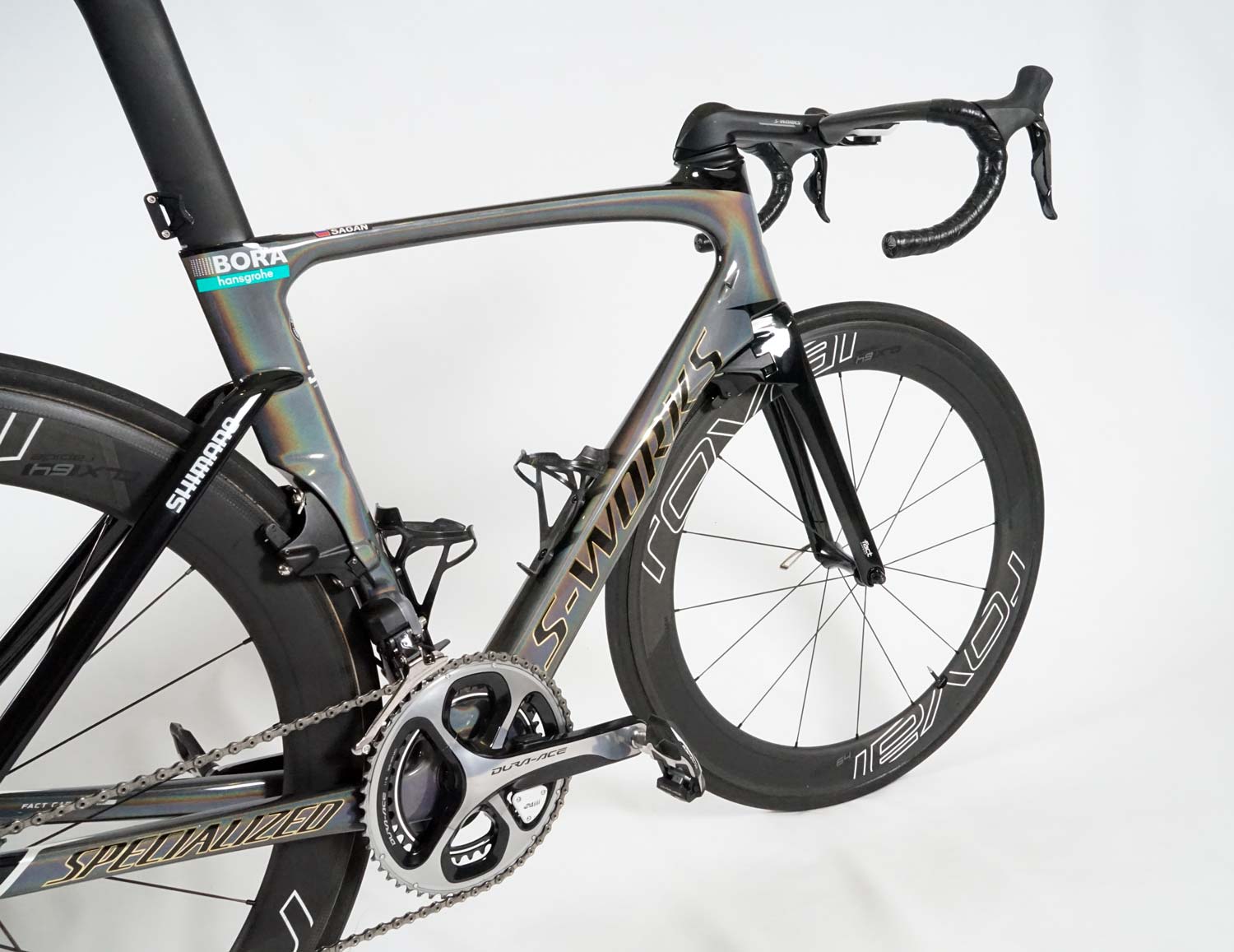 We’ll be sharing plenty of content and appreciate all the feedback we get from you.

Be sure to let us know if there’s something in particular you’d like to see more of.

On the first day we photographed bikes and got to know Brad and Ben, while working with RIDE’s sales and marketing manager Luke Davison (who will be in town for the duration of the race) and our ‘technical consultant’ for the weekend, Lachlan McKillop.

We collected images in many formats and worked out a suitable working environment in our make-shift studio on the 13th floor of the Hilton.

Some have been shared already, so be sure to have a look…

Meanwhile, away from the studio there was a chance to talk about racing (without actually talking much about the race).

First up for an interview was Owain Doull, one of the riders from the record-breaking pursuit team that won gold in Rio.

I met Doull, making his WorldTour debut with Team Sky this January, and within a minute of saying hello for the first time he was in front of a camera answering a few questions about cycling: from road to the track and back to the road. The latest in the ‘Talking Cycling’ series is now on our YouTube channel.

We’ll be adding content – both on RIDE Media and Peloton networks – over the coming days. If you see us out and about in the crowd, be sure to say hello.

The fireworks have just been set off. The Birds of Tokyo have just finished their set outside in Victoria Square. I’ve been editing our photos, viewing clips made with Peloton – and Luke and Lachy – and it’s time to consider the ride in the morning.

Daily diary or not, there’ll be plenty to see and do.

Join us for the ride. The WorldTour season is about to begin…!