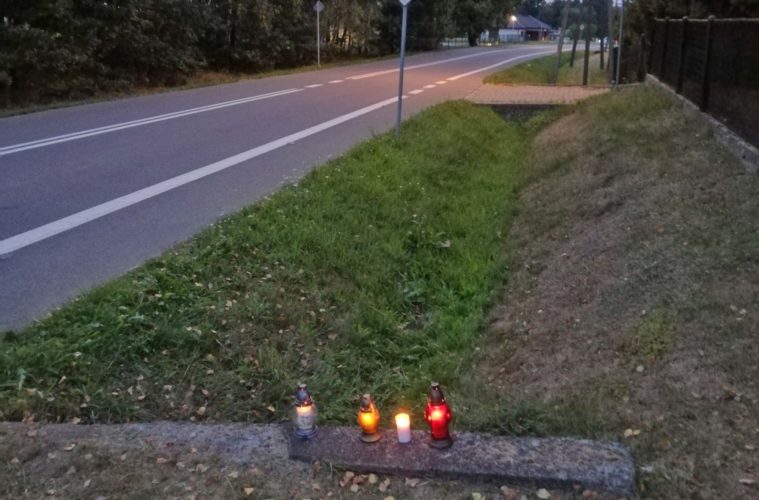 The terrible news from the 76th Tour of Poland today is that 22-year-old Belgian cyclist Bjorg Lambrecht has died after an accident in stage three.

“The 48th kilometre turned out to be an unlucky kilometre, where Bjorg Lambrecht rode off the road for an unknown reason,” said Tour of Poland race director Czeslaw Lang, trying to explain the circumstances for the crash that claimed the life of the young rider from the Lotto-Soudal team.

“It so happened that there was a deep ditch where he fell and was seriously injured.”

Reports are still filtering in, but the race doctor, Ryszard Wisniewski, explained that, although there was access to an helicopter, the decision was made to transport Lambrecht in an ambulance as it was “not suitable for transport by helicopter”.

According to a report on Sport.pl, Wisniewski explained that the injuries sustained were “not so much with his head as with his whole body, chest and abdomen”.

A deeply upset Lang suggested that medical staff were able to restore a heartbeat but “unfortunately, he did not survive.”

There was no podium protocol for the third stage, with Lang stating: “We will remember that here, at the 76th Tour of Poland, a boy who was 22 years old ended his life. We are very, very sorry.”

Wisniewski reported that the race’s medical team tried to treat bleeding from the spleen and liver in the ambulance and that staff at the hospital in Rybnik were able to continue treatment in the operating theatre but they could not save Lambrecht.

“Cycling is a sport where you take risks many times, although in this case it wasn’t some kind of downhill ride, where you go 100km/h,” said Czeslaw Lang, concluding that this was not the case in stage three. It was an accident, and the cycling community is in mourning.

“It was just a normal, wide road.”

Our thoughts are with the family and friends of Bjorg Lambrecht in this difficult time.

The biggest tragedy possible that could happen to the family, friends and teammates of Bjorg has happened.. Rest in peace Bjorg ❤️

Thanks to Jakub Zimoch for his help in preparing this article.

I didn’t found the words yet because they’re don’t exist, I am so confused about the loss of @bjorg_lambrecht such pain for his family and friends and for us as a family @Lotto_Soudal stay stong is easily said, but it’s sooo hard and unfair ❤️ for ever ❤️Bjorg

Tragic news about Bjorg Lambrecht’s death spread quickly on social media minutes before the peloton even reached the finish line of stage three in Zabrze. The sad news was only officially confirmed after peloton came to a halt after the line.

At the time of the accident, the peloton was racing in mixed condition on roads in Silesia region of Poland, from Chorzów to Zabrze. At the beginning of the race the peloton had to cope with torrential rains, which quickly made way for more pleasant and dryer conditions.

The accident happened just before the 50km mark of 150km stage.

The moment of the crash came before the television broadcast began and circumstances of this accident remain uncertain.

The road at the site of the accident was straight, flat and covered in good tarmac; a forest hedge was on one side of the road, while houses occupy the other. Lambrecht fall into a ditch between the road and the houses and hit a concrete culvert.

Race director, Czesław Lang, former Olympic medallist and professional cyclist himself, explained that, for unknown reasons, Bjorg Lambrech went off the road. There was deep ditch, into which he felt and sustained severe injuries.

In his statement to the media, Lang confirmed that the race will continue tomorrow.

“The race will continue,” he said. “Together with the riders, we decided to commemorate Bjorg that way. There was no festive atmosphere, there was no happy end… We are very, very saddened.”

Late in the night Polish time, Jarosław Marycz, the head of the Polish chapter of the professional riders association, CPA, announced that tomorrow’s stage four will be completely neutralised.

In the past, after similarly tragic deaths of Fabio Casartelli (1995) and Wouter Weylandt (2011), subsequent stages at Tour de France and Giro d’Italia, respectively, were neutralised.

Marych wrote on the social media: “Stage four of the Tour de Pologne will be neutralised. The peloton will ride from start to finish with only one lap of the circuit.

“If Lotto-Soudal starts tomorrow, they will cross the finish line at the front.”

Professional cyclists, staff and fans are sending their condolences in disbelief that the sport has lost one of its brightest stars of the young generation.

His 12thplace on GC – and victory in the the young riders classification – at the Criterium du Dauphine in June was a further confirmation of his pedigree as a rider. The week-long race in Poland was supposed to be his preparation for the start in Vuelta a España later this month.