Tour of Teschner’s shed: reminiscing about the bikes that Peter built

There’s a collection of bikes in a shed in Glen Innes that showcase some interesting innovations in frame design and material use. RIDE Media is doing a series of videos about some of the work Peter Teschner has done and the stories behind his bikes.

“In about 1999 Easton brought out a Scandium-based tube set – some people wanted to call it a ‘Scandium’ tube set. In actual fact, it had less than one percent of Scandium in the alloy… but it allowed a thinner wall, plus increased the strength by about 25 percent.”

Peter Teschner doesn’t take much prompting to talk about bikes. When he’s inside his shed/workshop, the stories flow even more easily. He’s now 69 and has been out of the bike trade for a few years while he works on a wide range of other projects, but he’s never stopped thinking about building bikes.

His place just outside of Glen Innes on the northern tablelands of NSW boasts three alpacas, some wonderful granite rocks, gorgeous sweeping views of the surrounding hills, plenty of active hares darting around the fields with surprising regularity, and many other things of interest. All of these can get Teschner talking. But it’s what’s inside the shed that really matters to him. There is a collection of memories attached to the thousands of bikes he’s built over the years.

When he starts speaking about his frames, you soon realise how significant his contribution to the industry is, even if he’s never been prone to seeking out headlines or self-promotion.

It was Peter Teschner who pioneered the use of many materials for the construction of bike frames. Scandium was one of the alloys he used and his understanding of it helped him establish a commercial arrangement with Easton when the company first came to cycling. 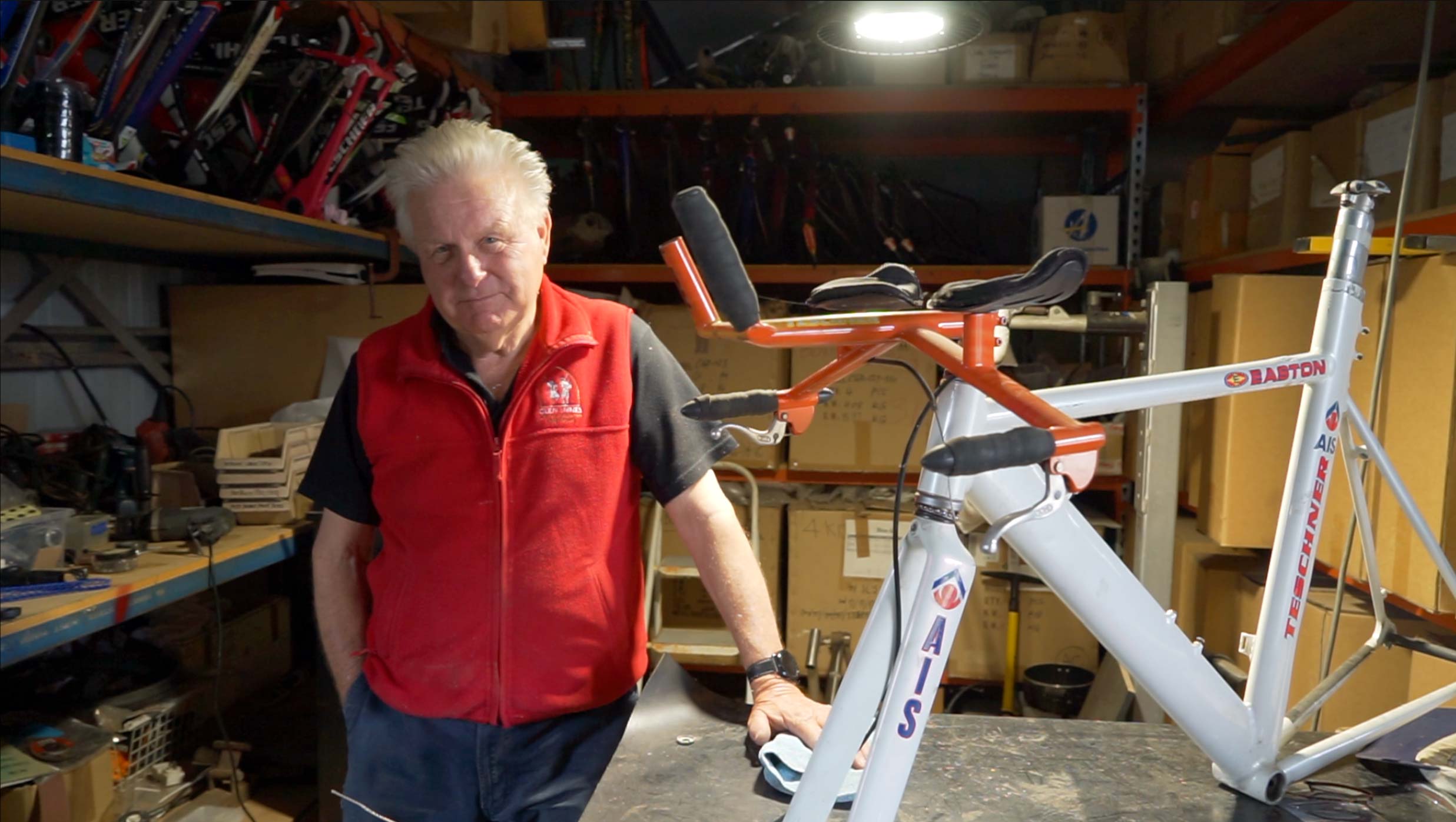 Not only did Teschner make bike frames with tubes supplied by the US brand, he also became the Australian agent for the cycling products from Easton. At the same time, he was also working with Columbus and Dedacciai, meaning he had access to some of the most famous tubing available to bike builders.

These business relationships were all formed because, quite simply, Teschner loves building bikes. His passion became his job in the early 1990s and before long he was making frames for riders who would go on to win national titles, world championships and Olympic medals. All the while, he continued to consider what else could be done to improve the handling traits of a bike and how it could be refined to suit the rider. 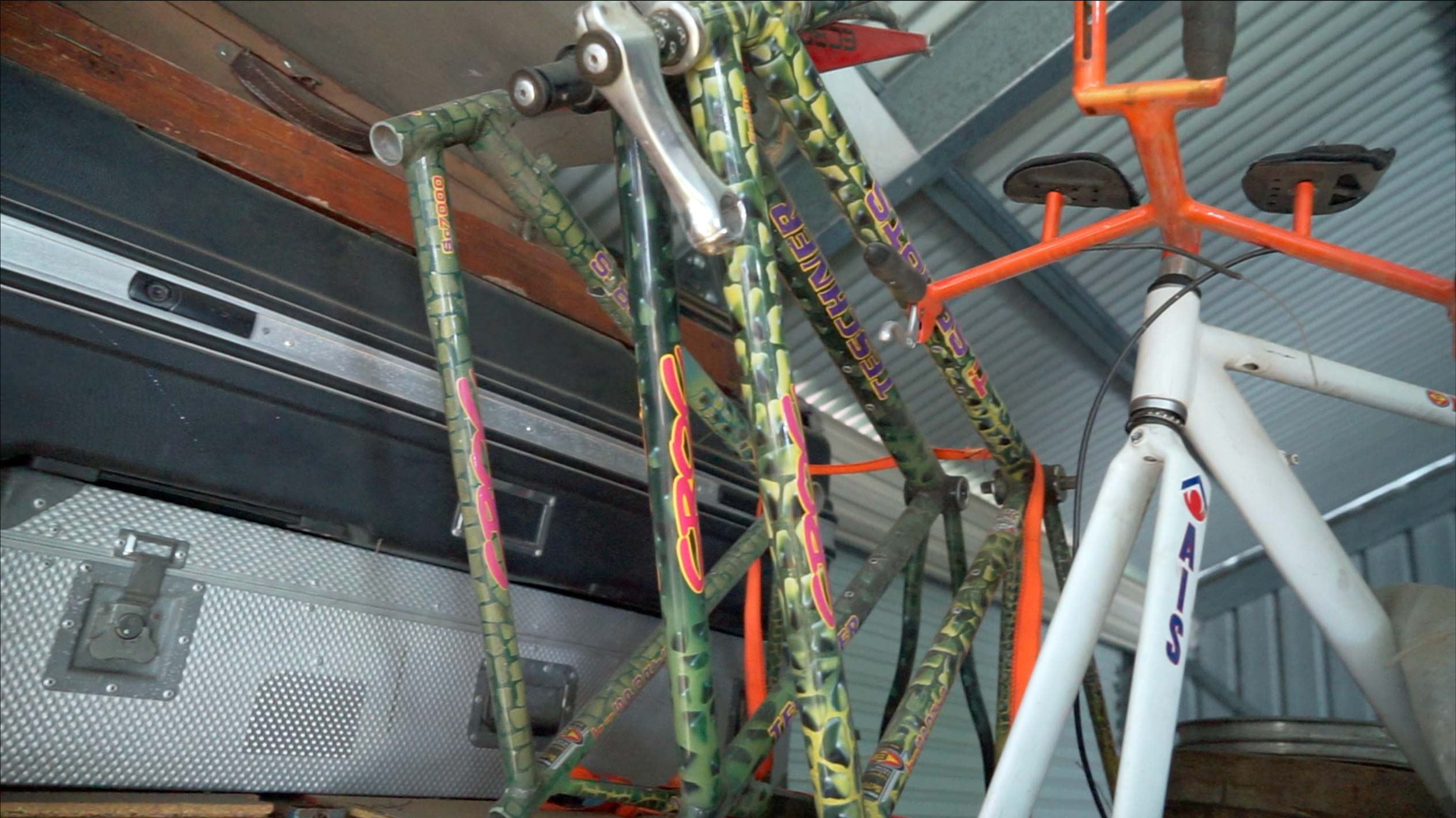 Teschner built bikes for road cyclists, triathletes, track riders, and even MTBers and BMXers. The famous ‘Croc’ frames raced by Brad Bevan are amongst the many treasures that can be found in Teschner’s shed.

Every customer who came to his workshop would describe their needs and Teschner enjoyed figuring out ways to customise the bikes he built to suit their requirements.

There is a long list of riders who have enjoyed the results of Teschner’s work and although his business prospered, it also presented its challenges. For over 10 years, he created some of the finest bikes in Australia and then there came a need to slow things down a little and concentrate on other things in life.

He’s moved around a bit over the years he’s been building bikes. His enthusiasm for innovation took him around the world. He has collaborated with American companies, consulted for Chinese factories, and travelled extensively because of his work in the cycling trade. 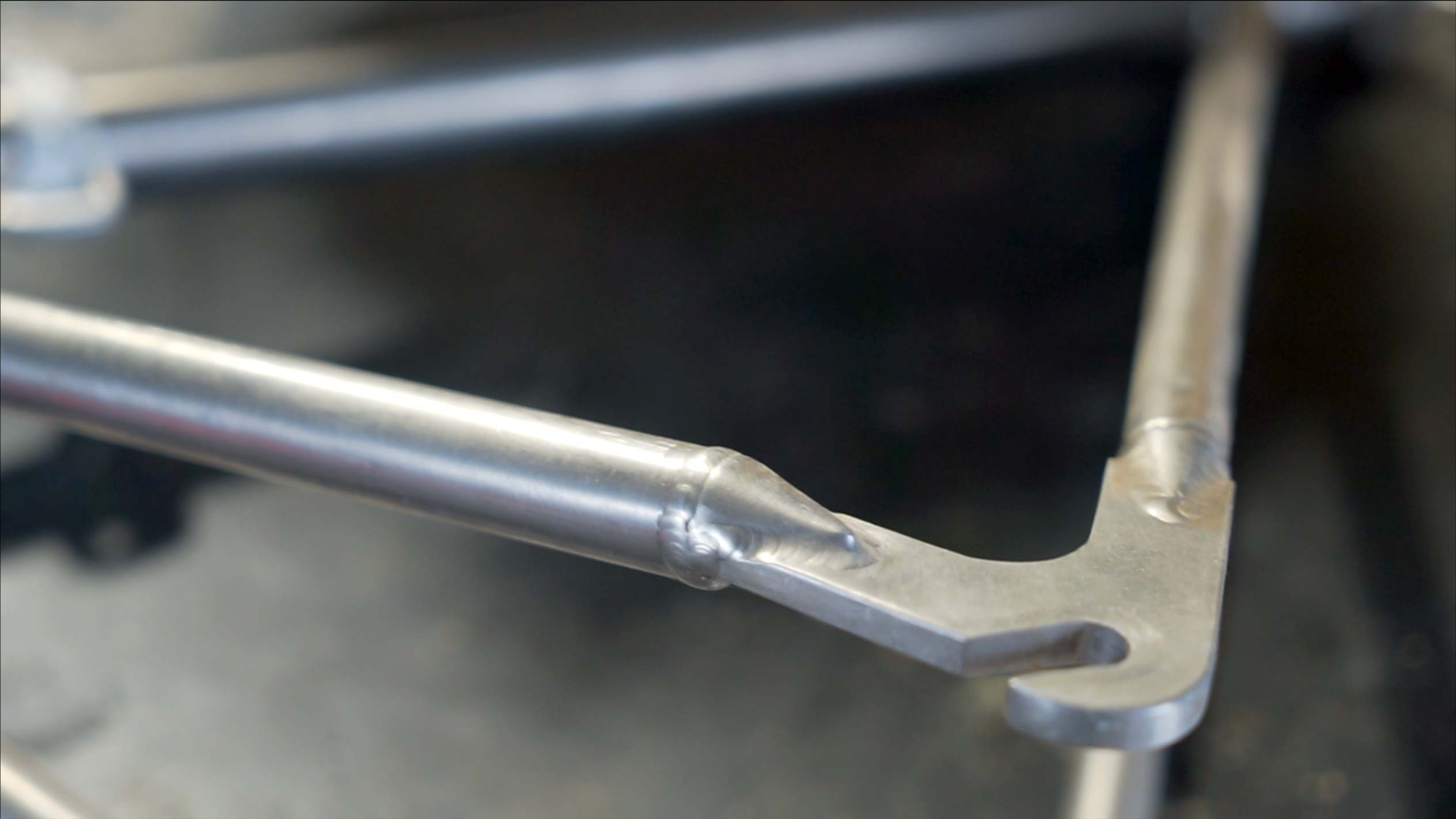 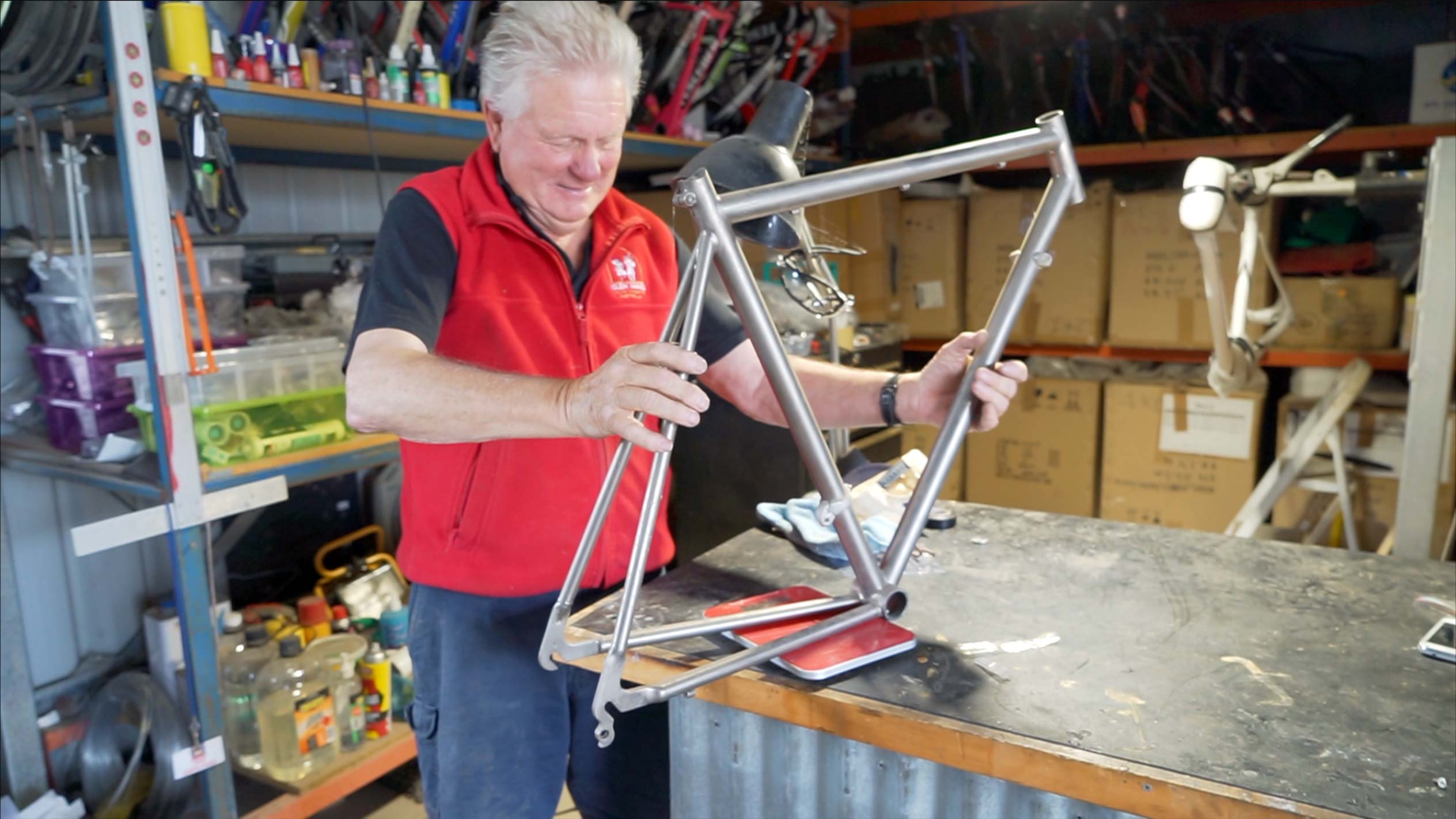 Over the years, Teschner built frames for professional teams such as Mercury (and the Fuji-branded bikes ridden by the likes of Peter van Petegem, Henk Vogels, Pavel Tonkov, Chris Horner, Floyd Landis, Baden Cooke and Leon van Bon). He also established sponsorship relationships of his own, as well as creating bikes for athletes of all disciplines: road, track, MTB, BMX, triathlon, etc.

Teschner supplied bikes to the Australian national team’s under-23 program and he was a sponsor of the SouthAustralia.com-AIS outfit for two years. Riders like Simon Clarke, Cameron Meyer and Wes Sulzberger were part of that development team and they raced carbon-fibre Teschner bikes before going on to join bigger teams and careers in the pro peloton.

By 2008, his focus had shifted from alloy to carbon-fibre and he consulted for a range of teams, bike companies and with factories in Asia to refine their manufacturing techniques. 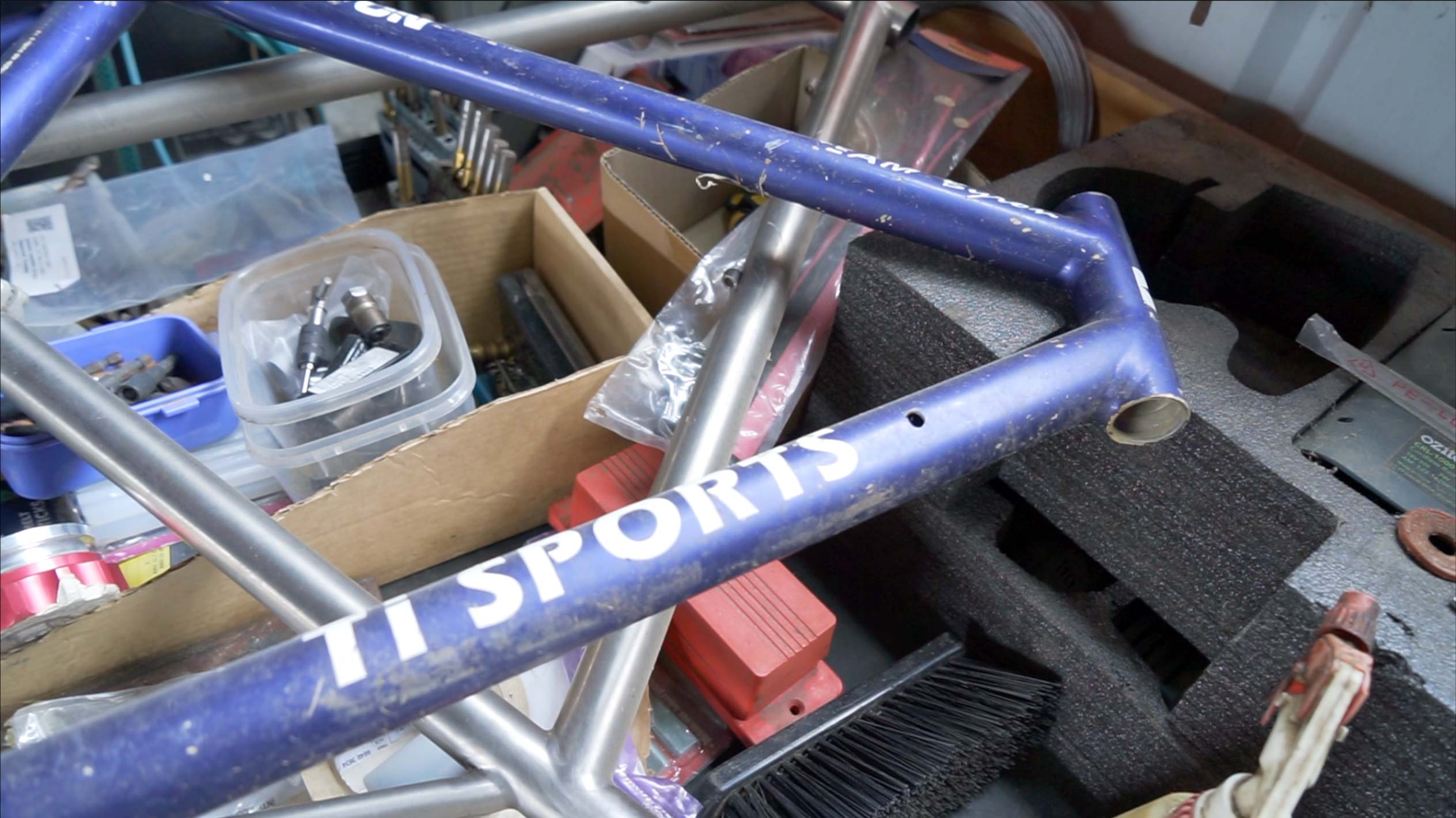 It’s difficult to try and summarise all that Peter Teschner has done over the years but, after spending a few days with him on his property in Glen Innes, RIDE Media will be presenting a series of videos showcasing his bikes. In what is essentially a tour of a most interesting shed, we get a glimpse at how an enthusiastic Australian bike builder helped create some unique products that helped riders win races.

There is a considerable legacy from Teschner’s work and, as you will see from the videos and his explanation of the bikes he’s built, there are a few surprise stories as well.

If you want to find out more about Teschner, his bikes and his work, please subscribe to RIDE Media’s YouTube channel (or revisit this page in the coming weeks) and watch the videos about Teschner’s shed. It’s a fascinating place to visit and the collection of memories that lie inside are well worth sharing.

Note: There are two stories already uploaded to YouTube with several more yet to come. 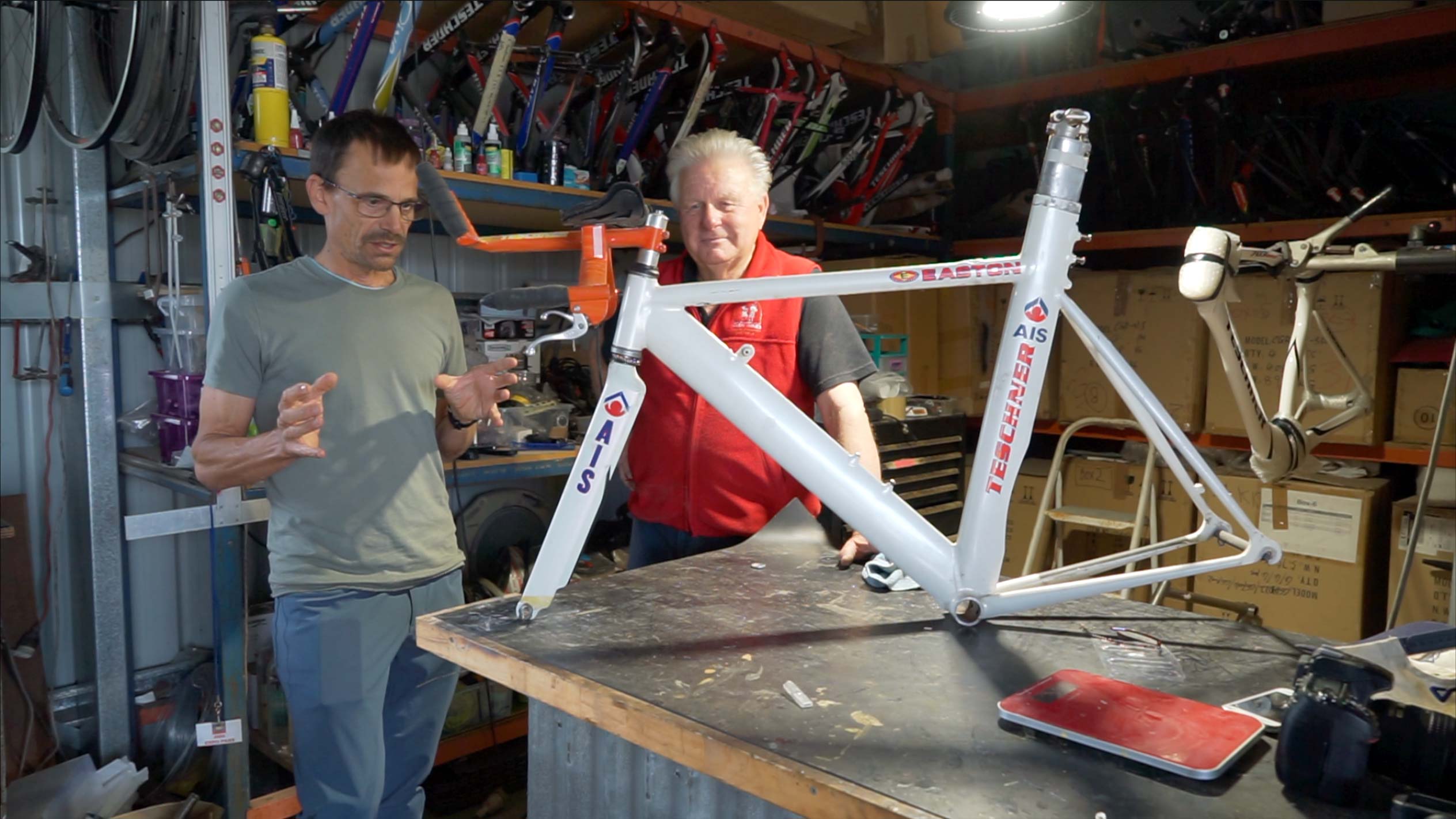