It has often been said that track cycling is the perfect training ground for young bike riders. Here is a flashback to the 2008 Australian track championships in Sydney where a few stars of the future began earning their reputations… 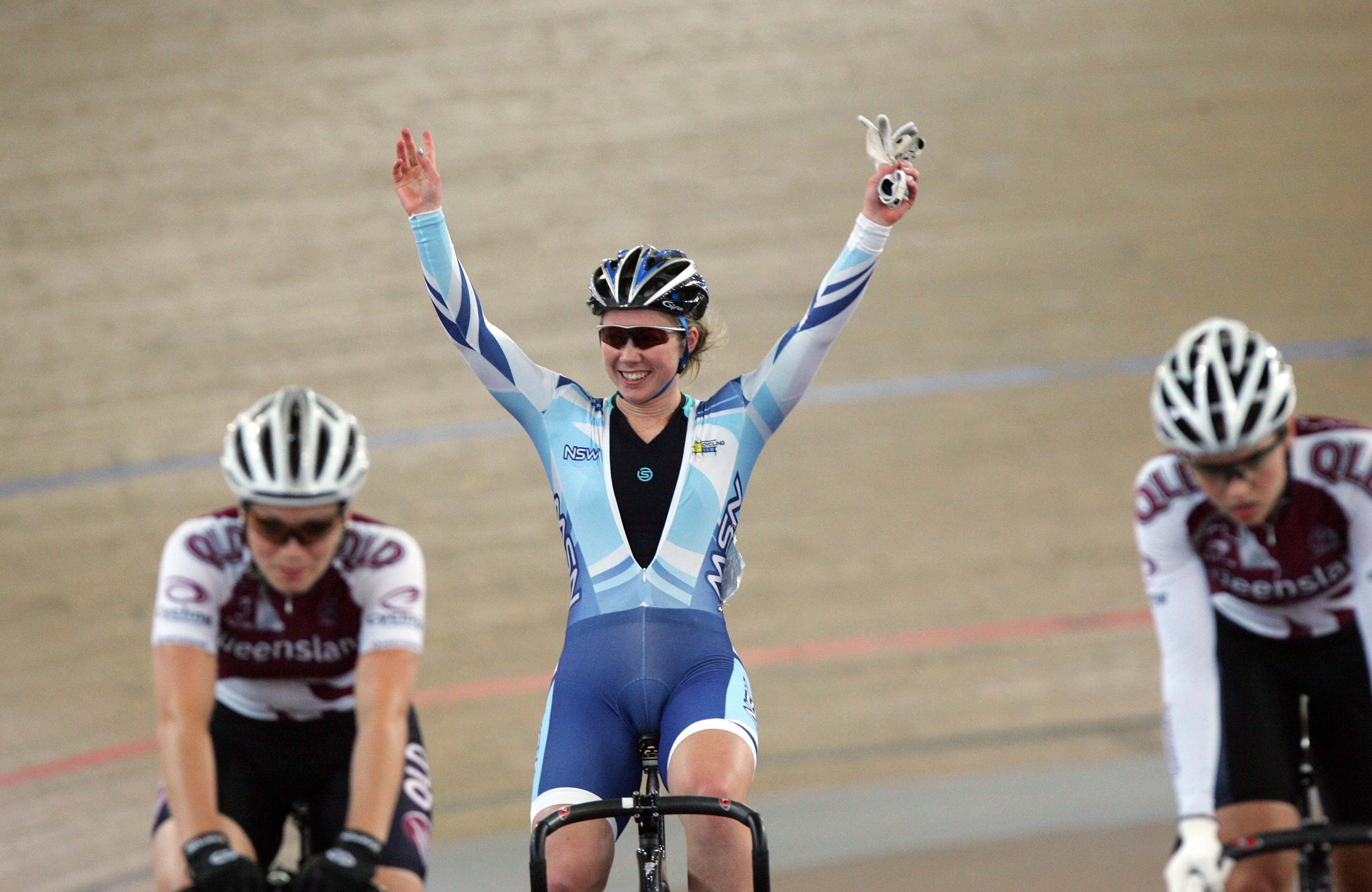 Scroll down the page and see how many riders you can name. Chances are, you’ve seen these faces many times since but, in 2008, many of those featured in this post were just starting their cycling journeys.

Some have stopped racing, others are champions of their respective disciplines.

The South Australian influence is strong, with Netti Edmondson and Rohan Dennis both enjoying plenty of success as juniors 12 years ago. They remain stalwarts of the national team in 2020, even if we’re uncertain if they will get to race again this year.

Still, the memories remain, and these photos by John Veage – a regular at the national championships for many years – offer some good reminders of how things started for a large cast of riders who would go on to achieve remarkable things long after the medal presentations at Sydney’s Dunc Grey Velodrome back in February 2008. 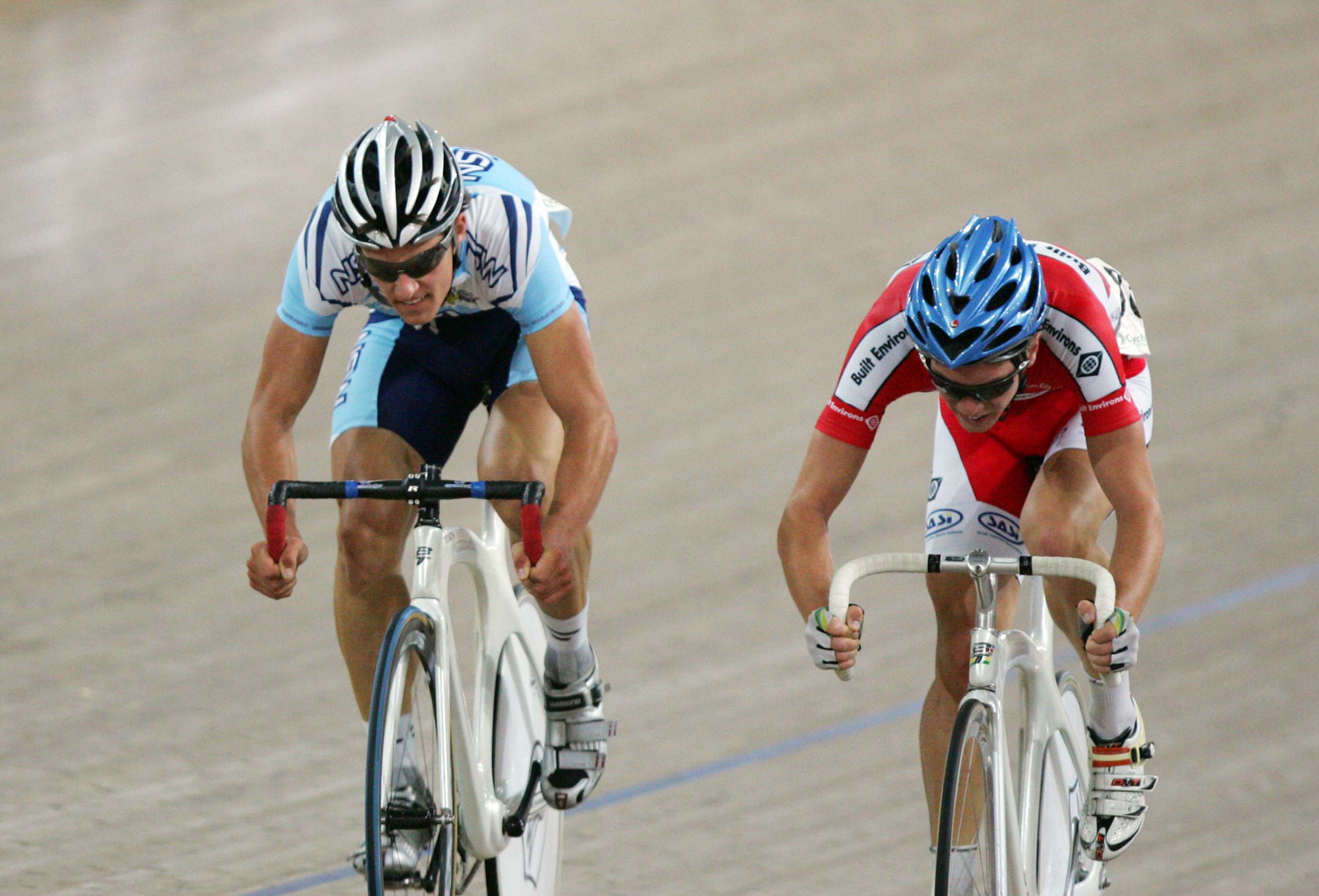 Future world champions, Luke Davison and Rohan Dennis in the scratch race of the 2008 nationals (above). Both would earn rainbow jerseys in the team pursuit on the track, while the winner of his race – the young South Australian – would go on to win successive TT world titles in the elite ranks.

Interestingly, both competed with the BMC Racing Team later in their careers: Davison as a stagiaire in 2014 (before a persistent back injury prematurely ended his career), and Dennis, of course, for a considerable span of time with regular successes from 2014 through to the team’s end in 2018. 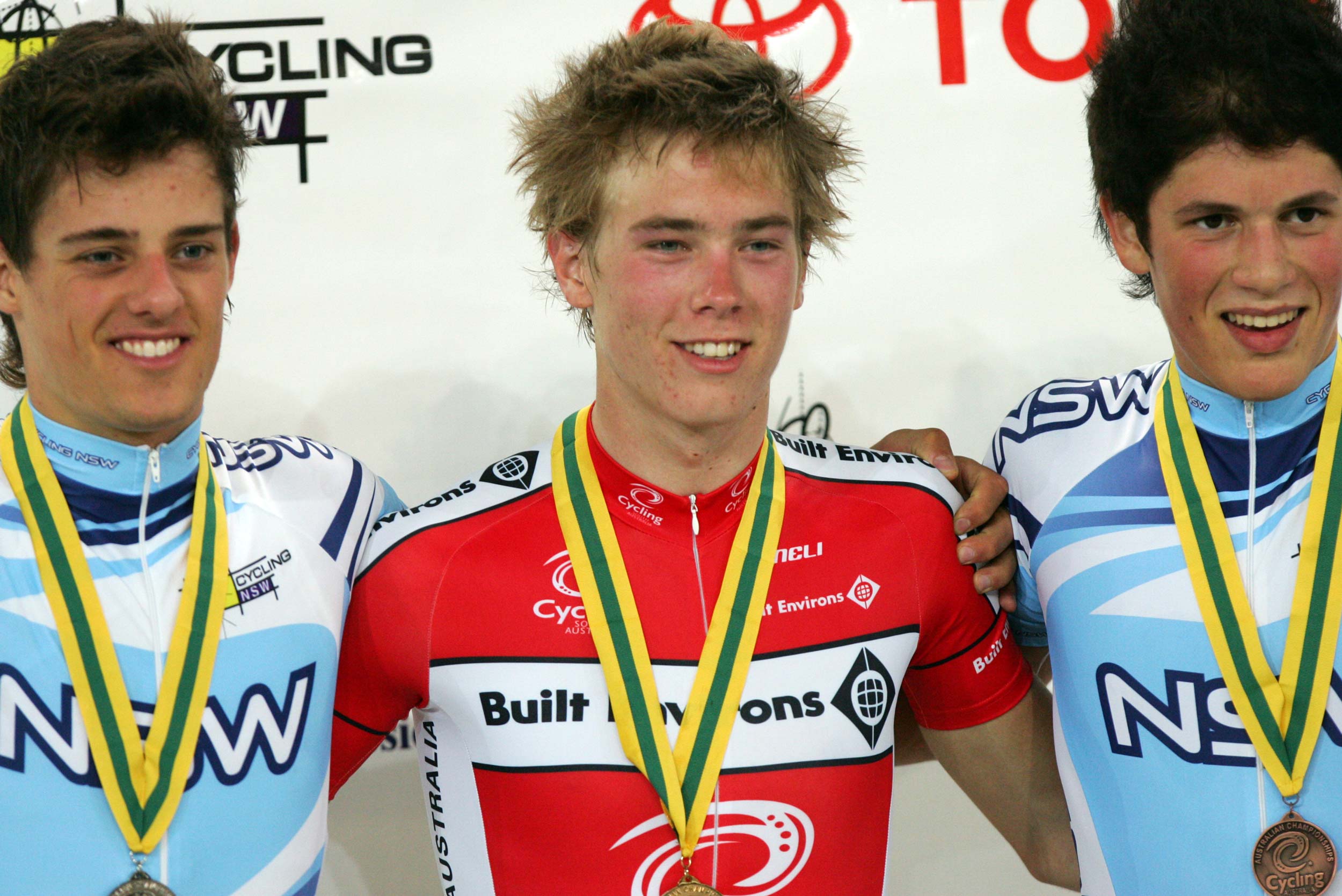 Dennis won a couple of gold medals as a junior at the 2008 nationals. 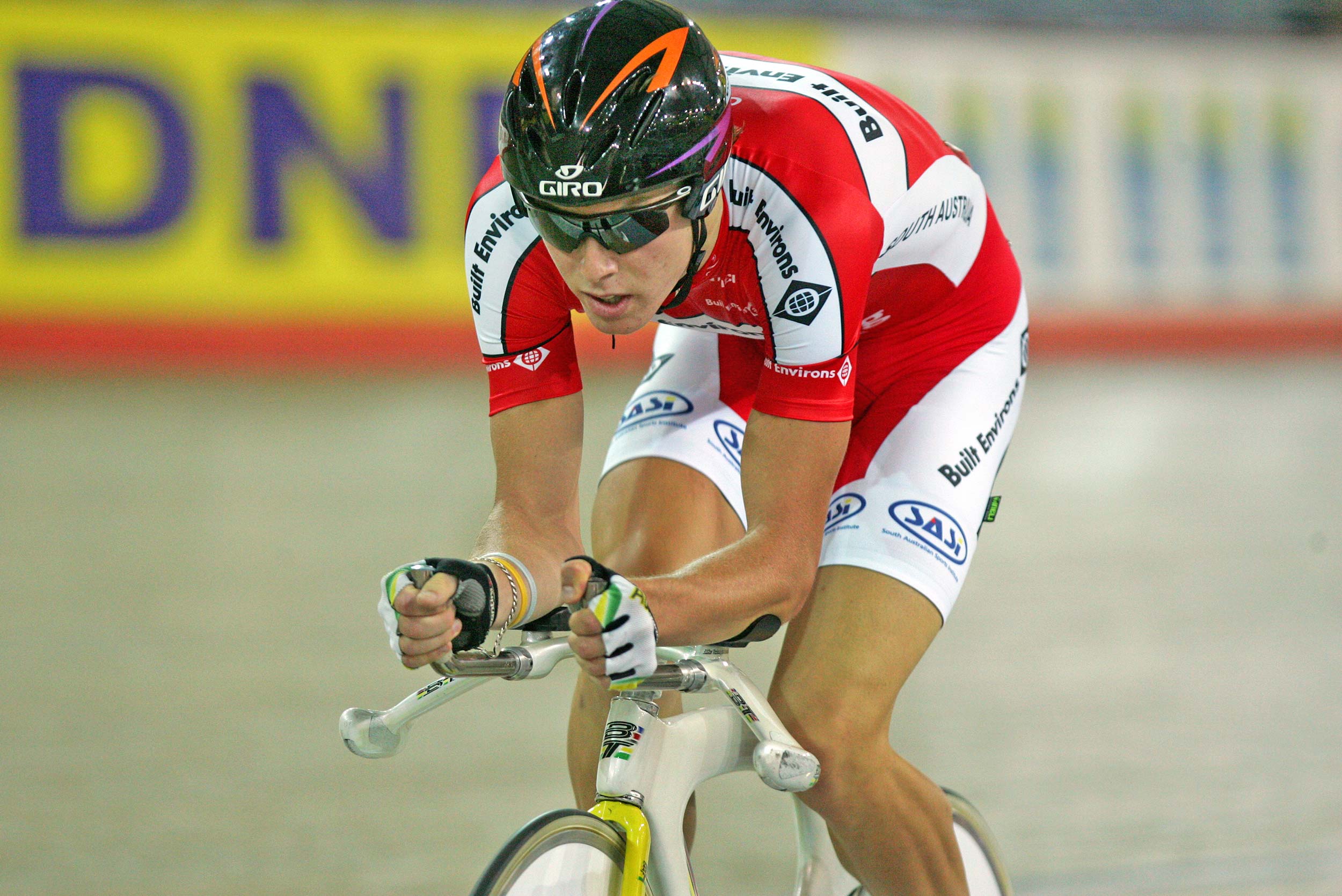 Rohan Dennis (winner of the junior IP in 2008, above) had a background in swimming before he found cycling courtesy of a talent-ID program that visited South Australian schools. 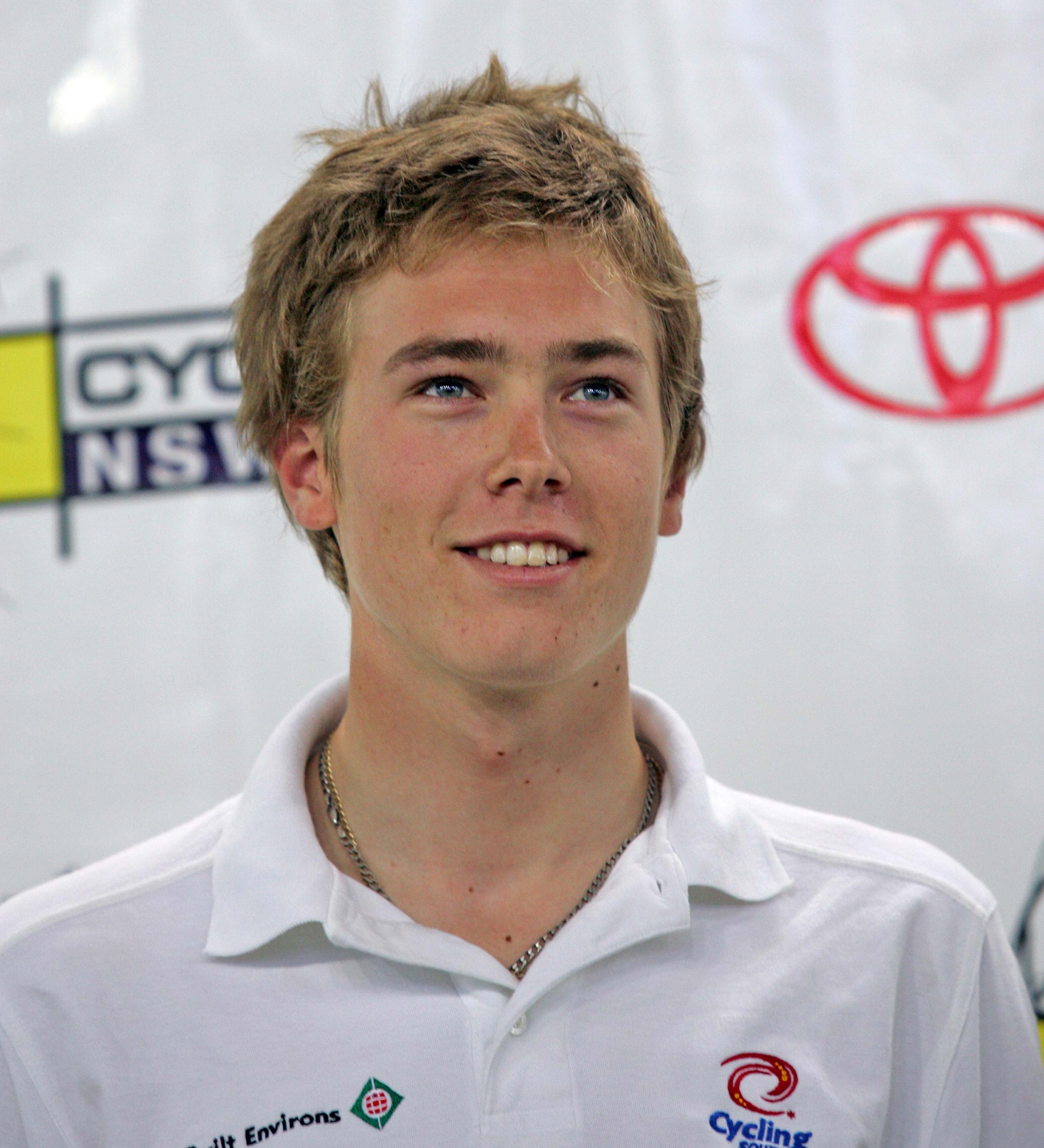 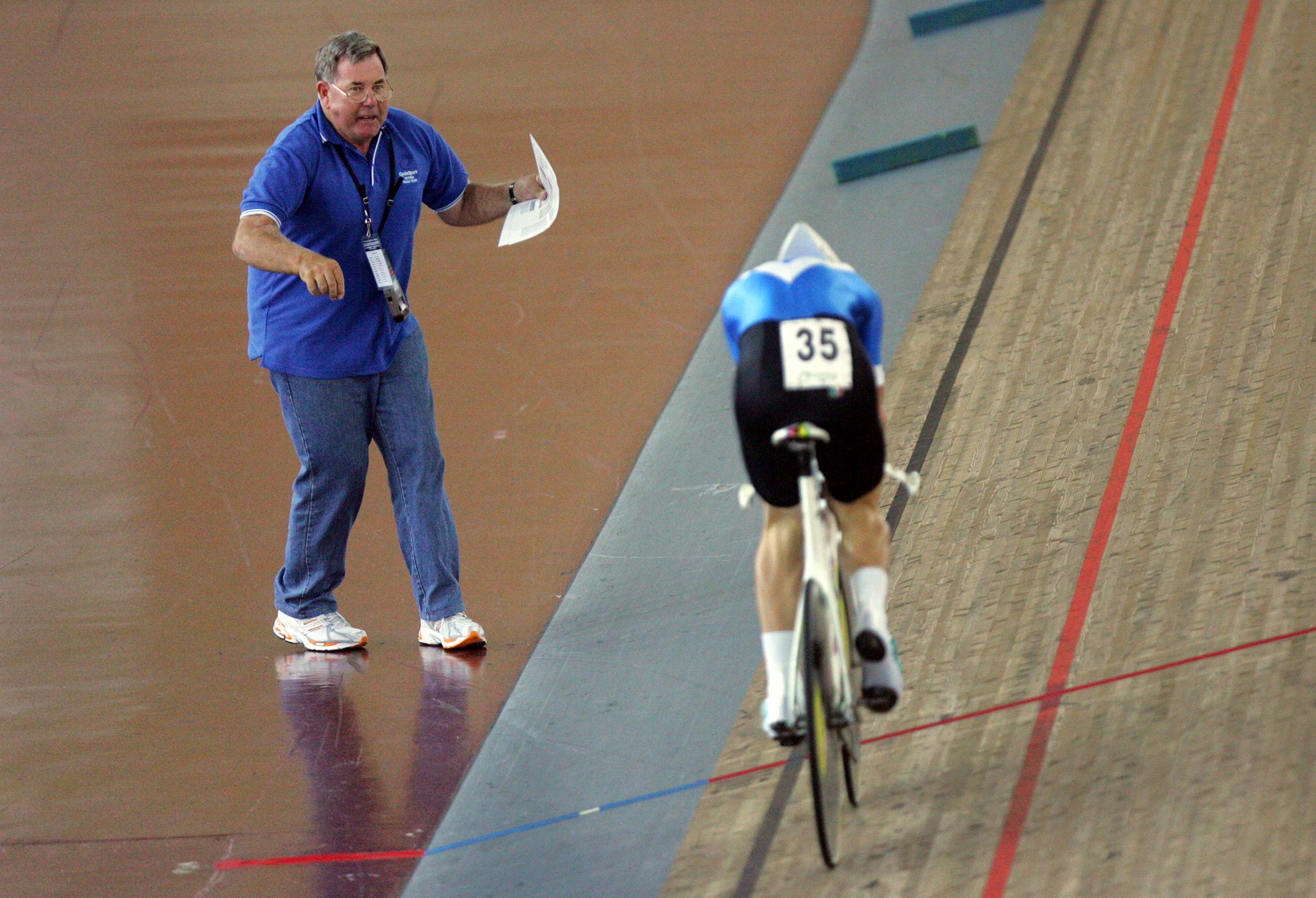 Two coaches who have collectively invested many decades of their lives in cycling, Hilton Clarke (above) and Dave Sanders (below) were trackside in Sydney in February 2008. Of course they were… 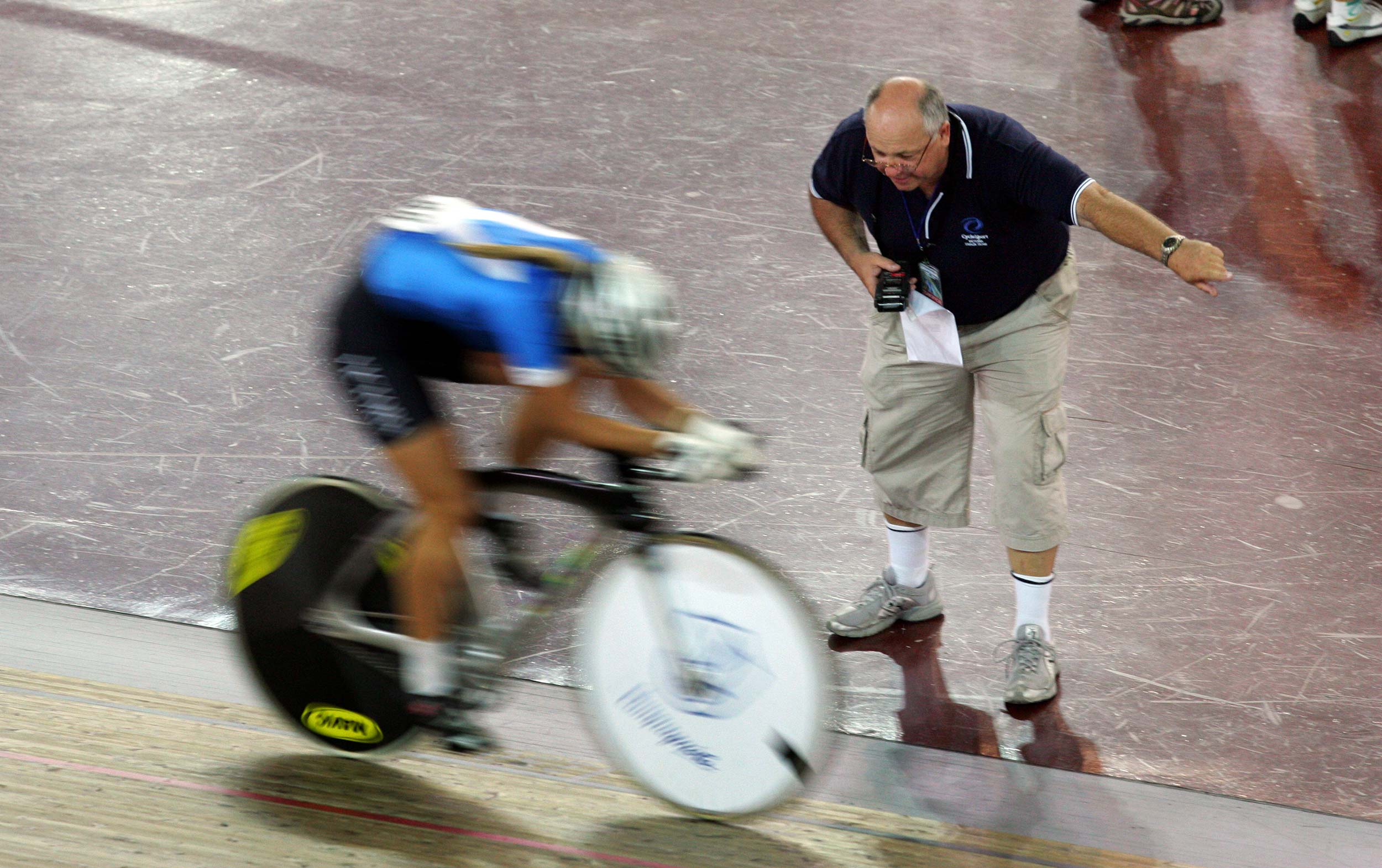 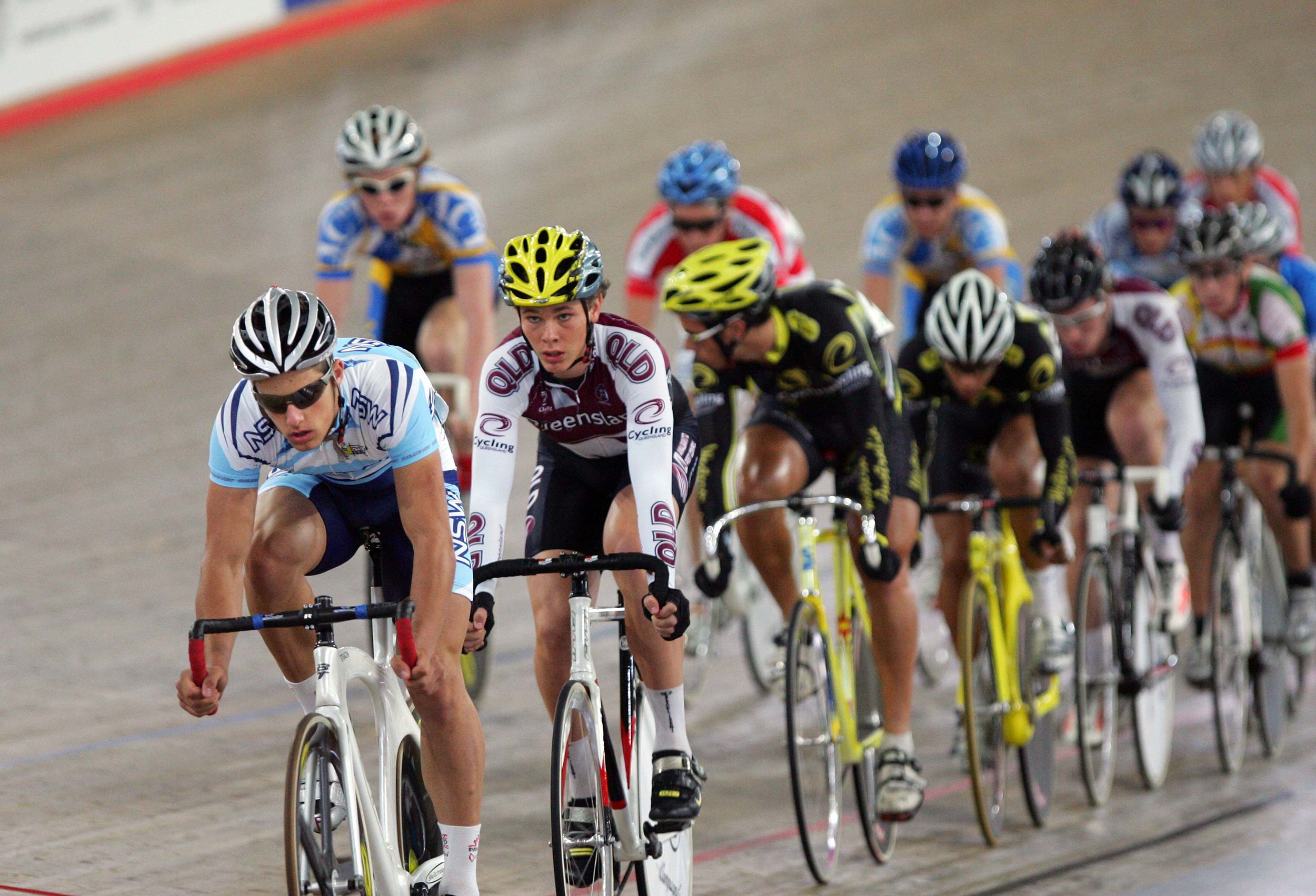 Michael Hepburn, in focus, from Queensland at the start of a cycling career that continues in 2020… 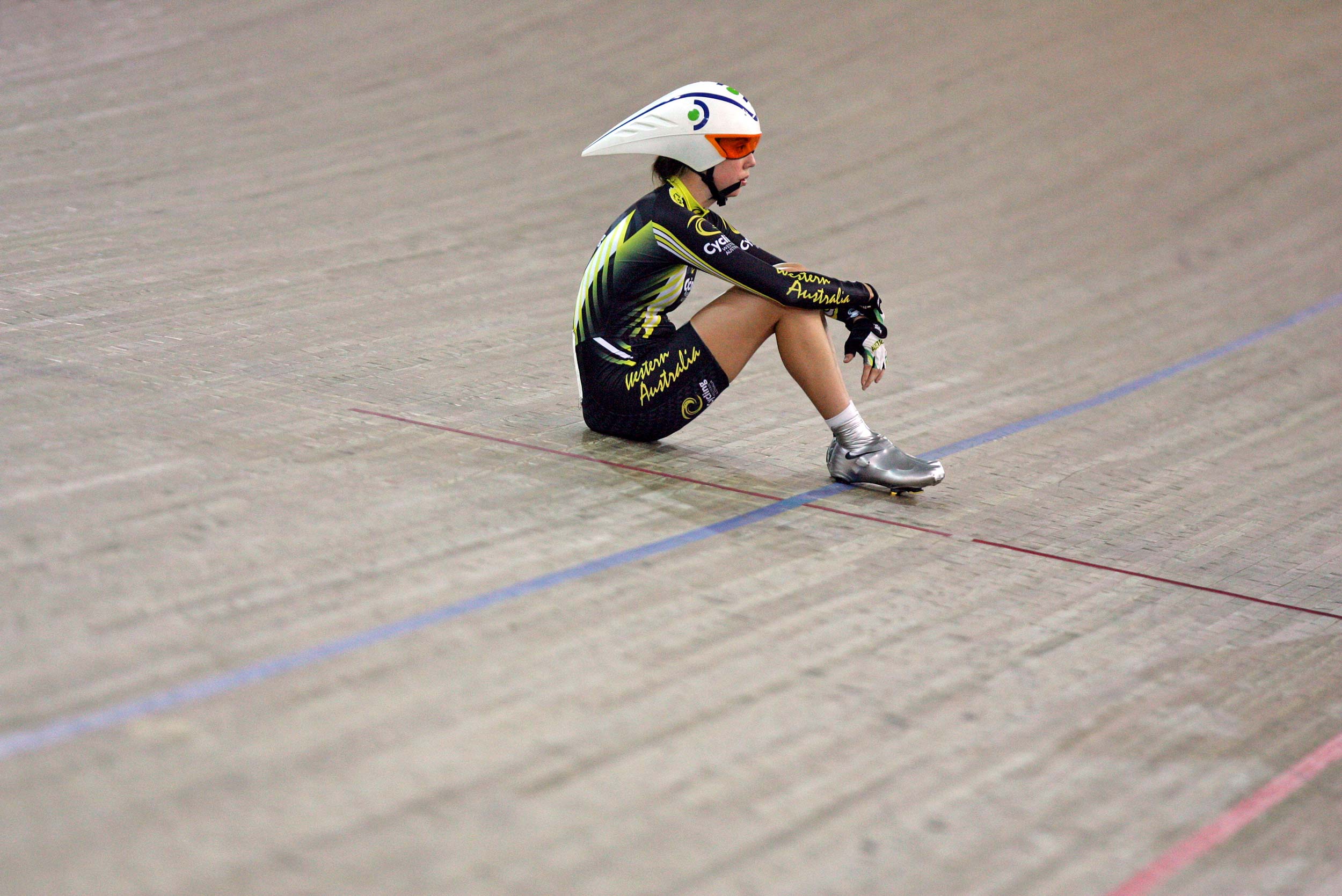 Josie Tomic (above and below) would go on to a few years as a regular in the elite national team… in 2008 she was one of several stars from the West Australian team. 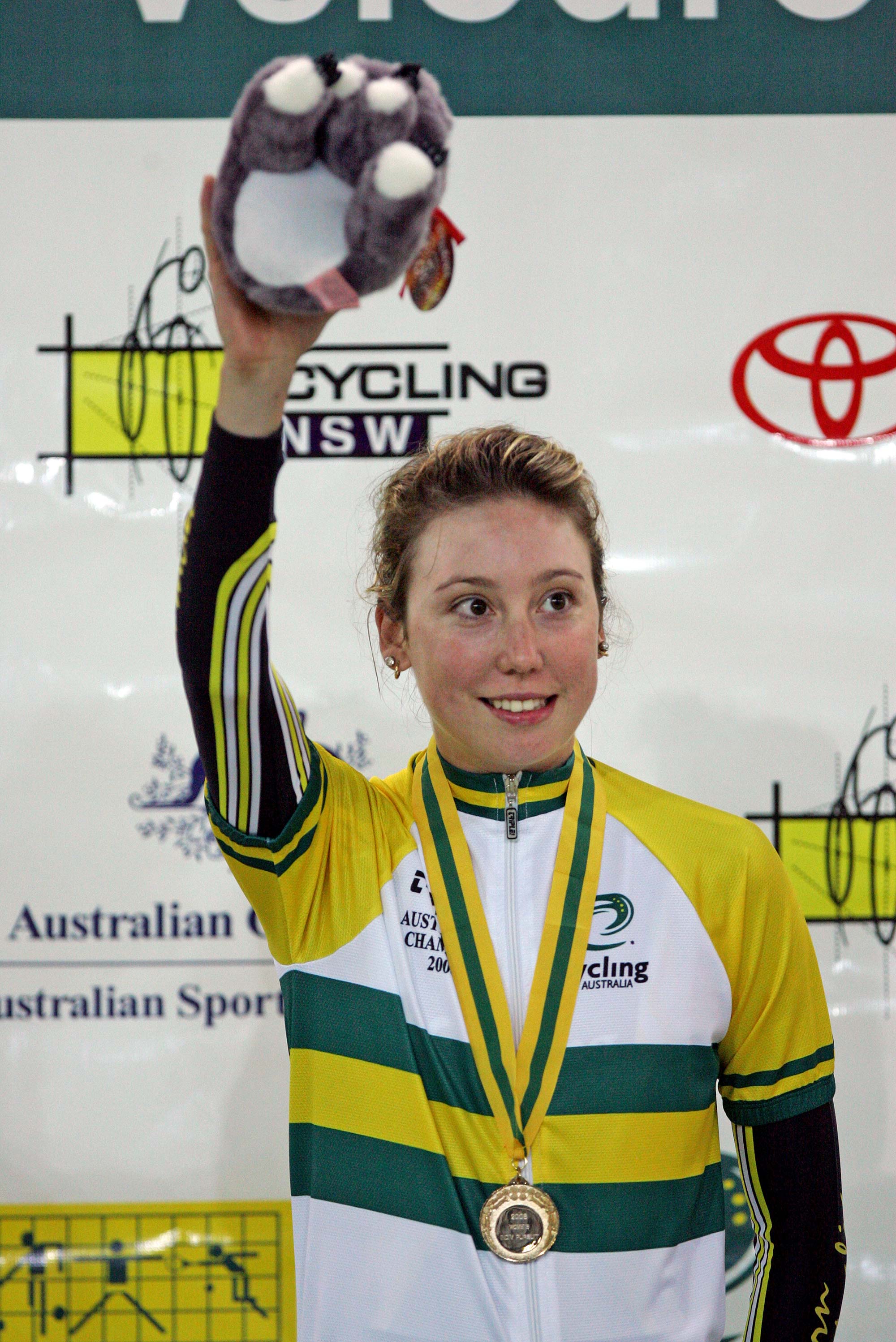 Kaarle McCulloch (below) continues to represent Australia in 2020. She was a medallist at the recent track cycling world championships in Berlin and is destined to contest another Olympics… even if she has to wait a little longer than originally planned for the sprint events in Tokyo. 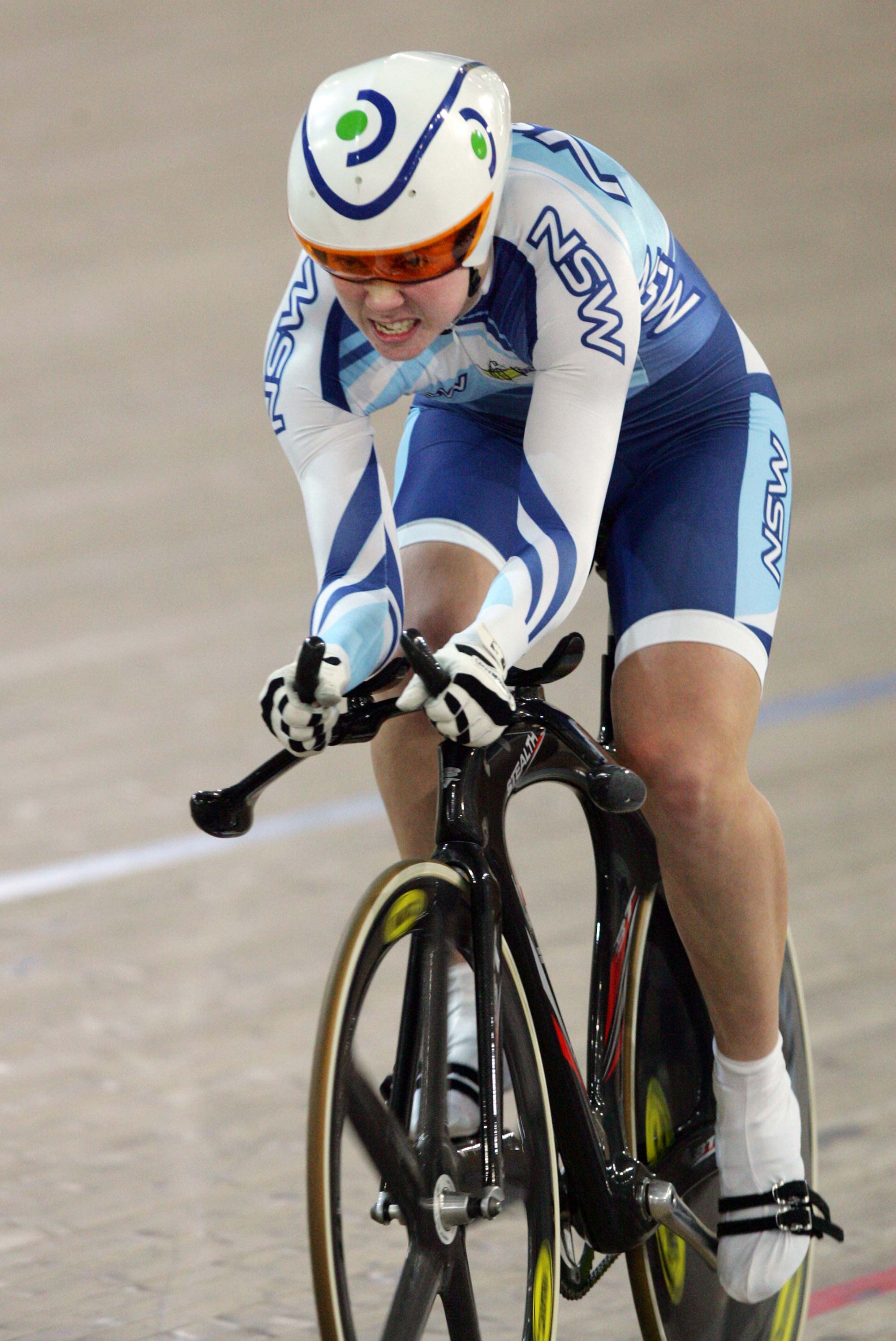 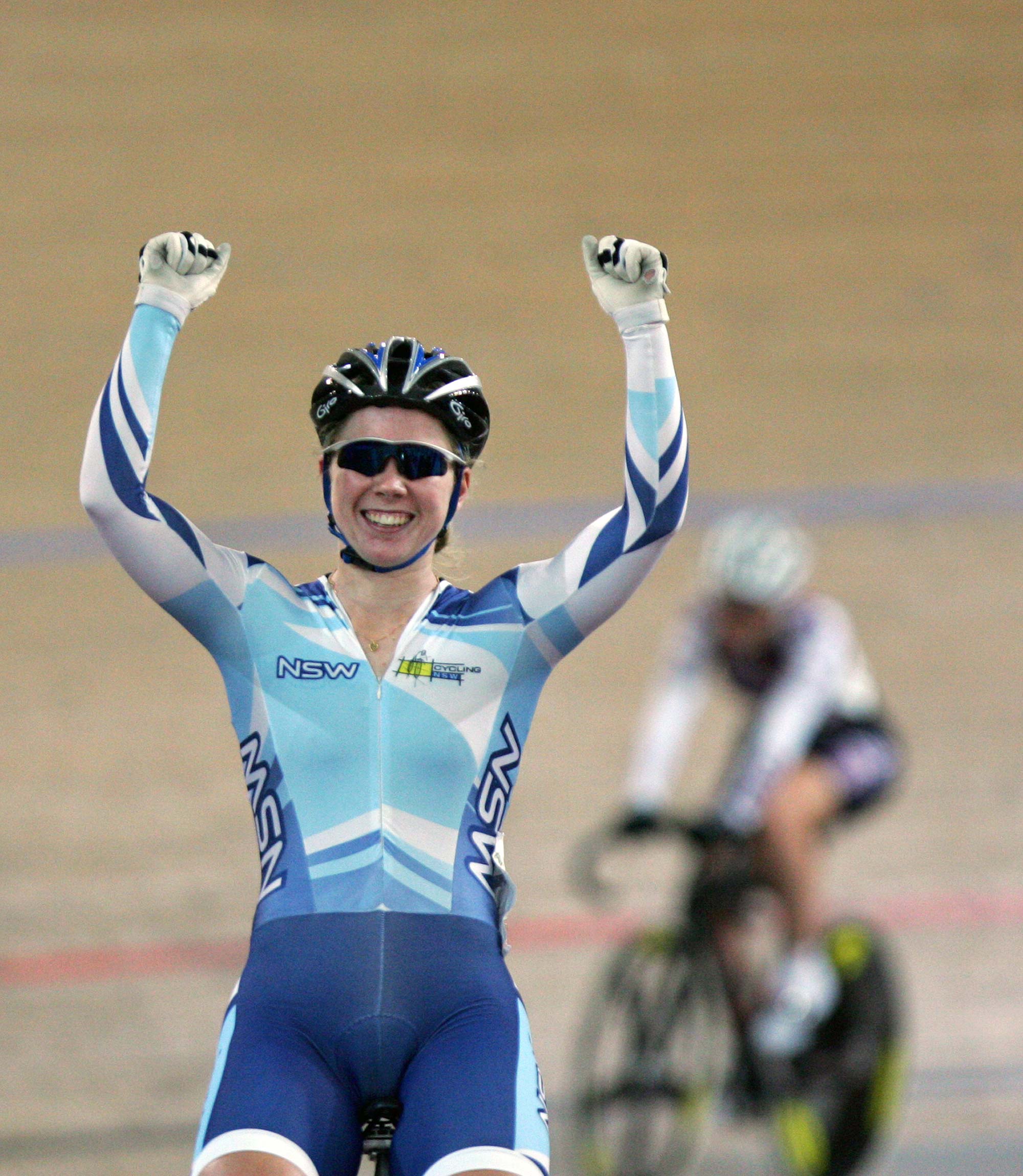 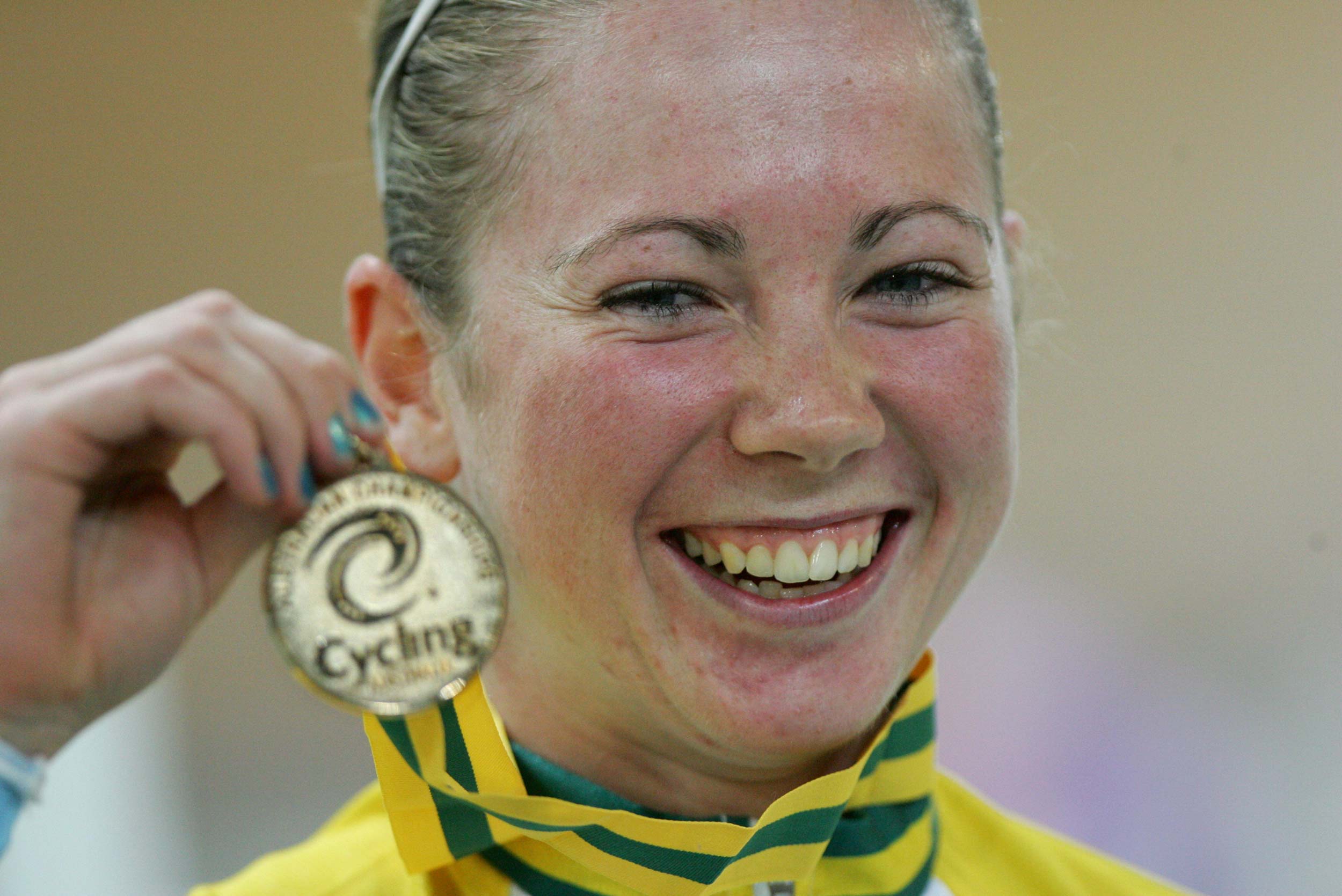 Luke Davison (below) is one former national champion who would work for RIDE Media after his racing days. He spent a year in media, starting in 2016 the year he was a world champion (in the team pursuit) but got flicked from the national team before the Rio Olympic campaign. 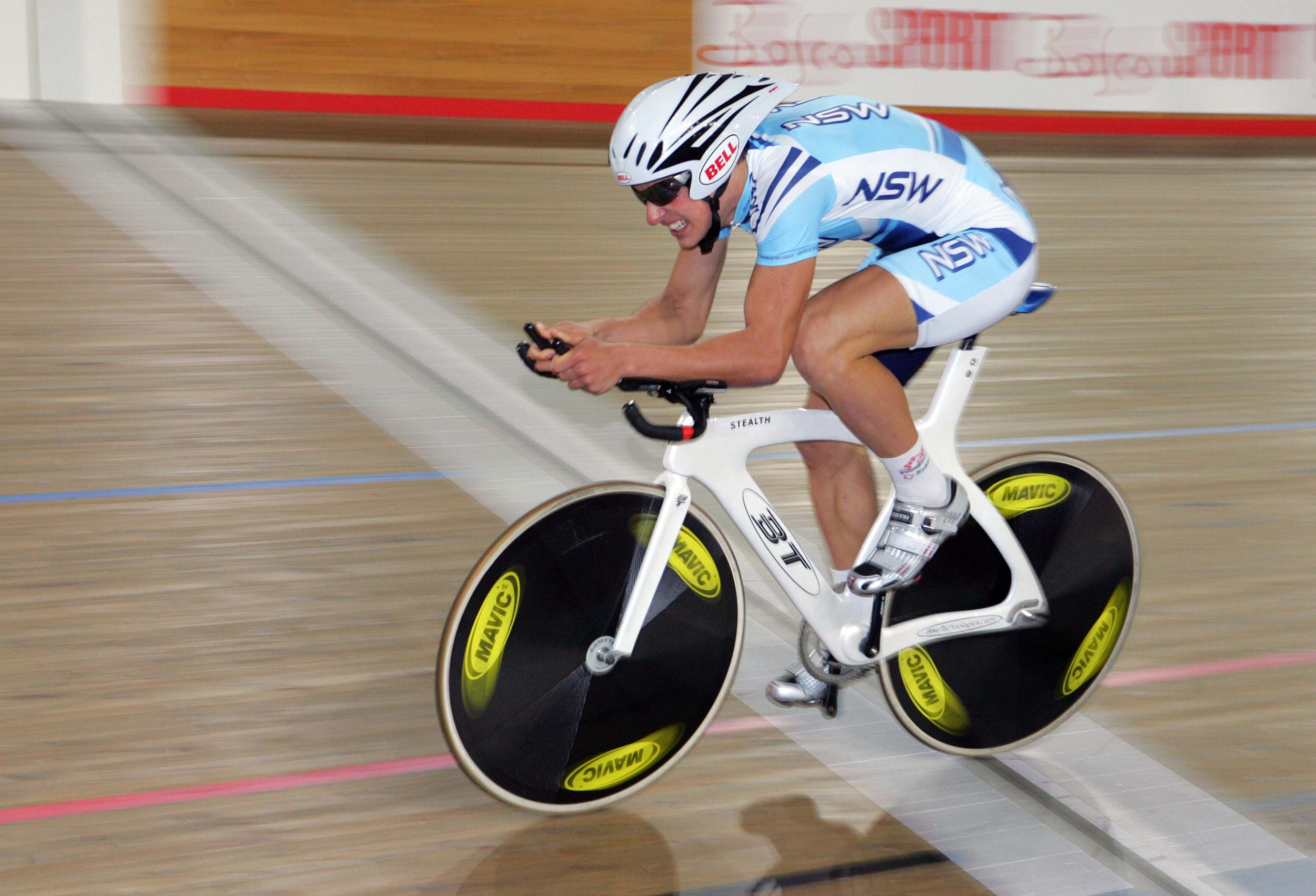 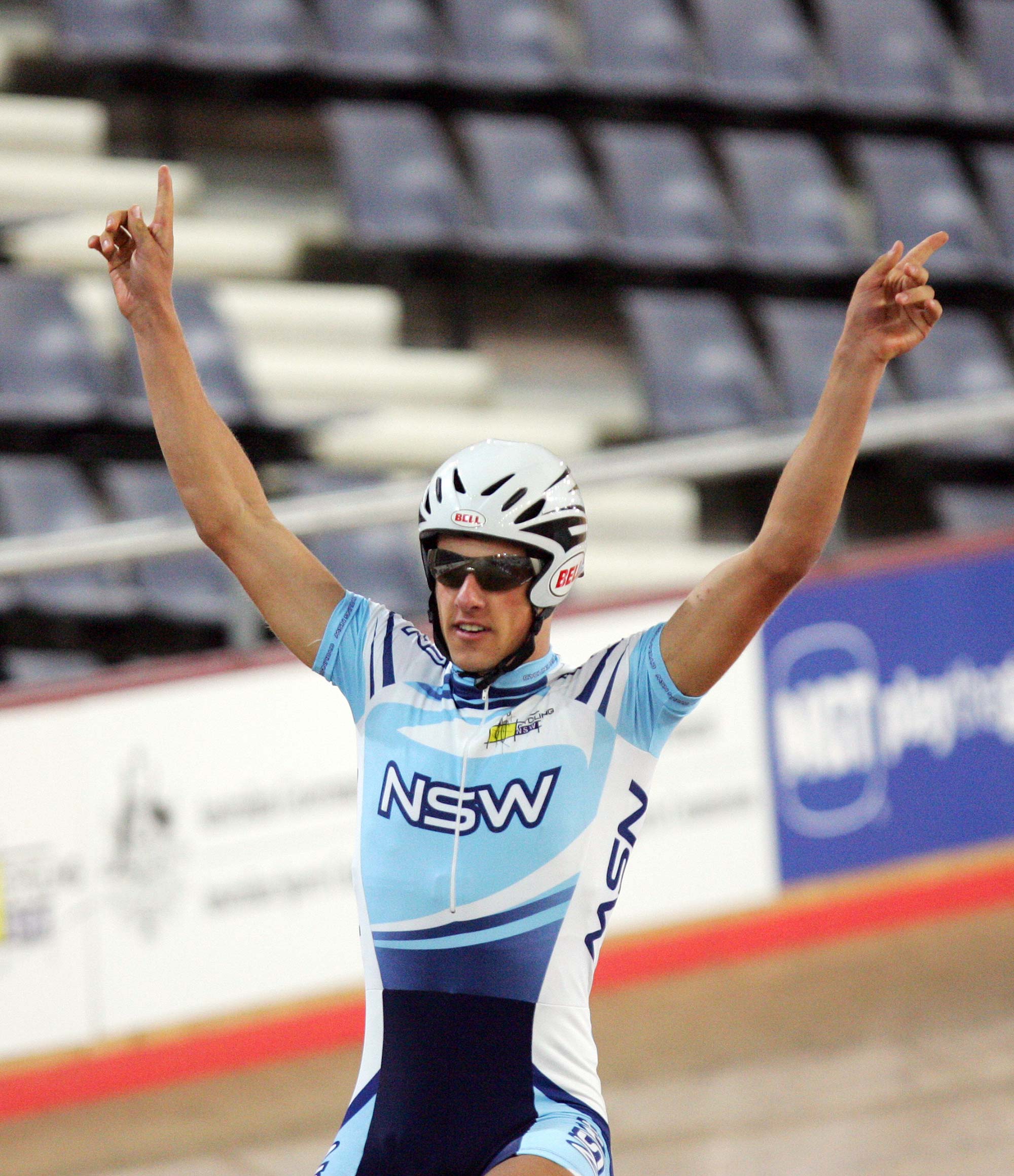 Jack Bobridge (below) would make his Olympic debut as a teenager in 2008. He was part of the Aussie team that finished fourth in the team pursuit. He would go on to win silver in the same event in London 2012 and Rio 2016, but he is now in jail serving time for dealing drugs. 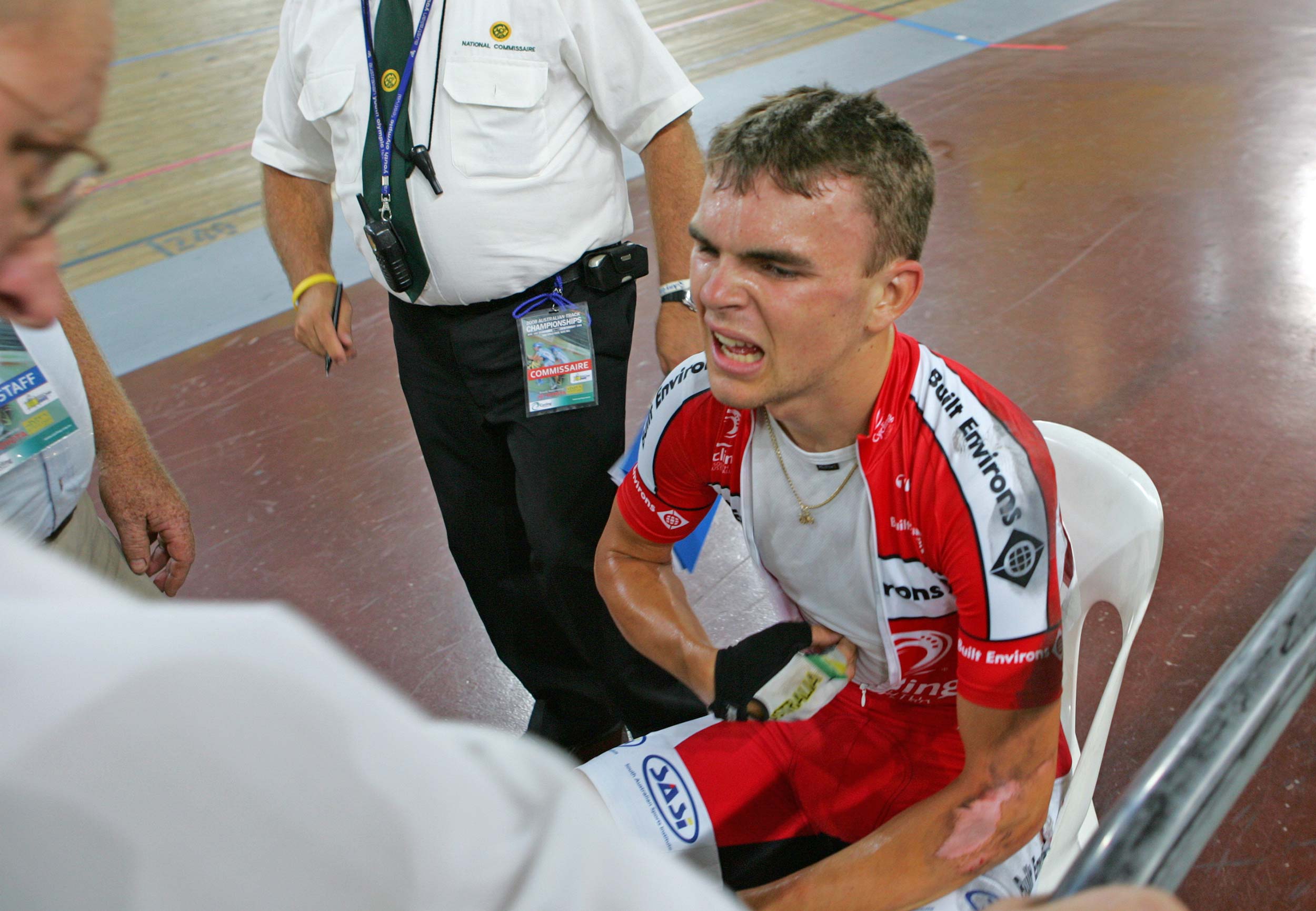 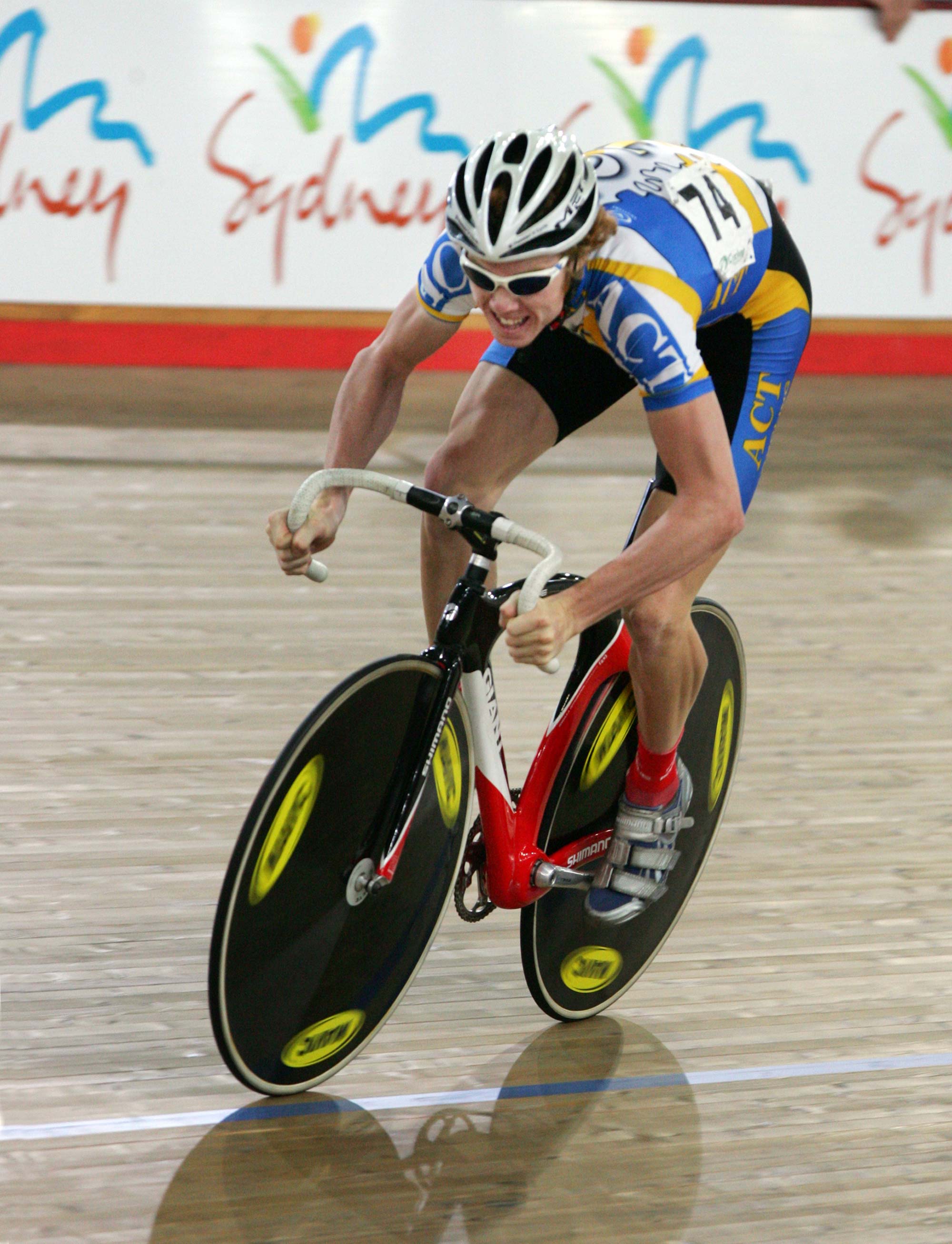 This photo was sent to Tom Palmer (above) a few hours before posting this story. He replied: “Is this supposed to guilt me into doing some exercise today? It’s working… ha ha…!”

Palmer won a ‘kilo’ world title as a junior and went on to race as a road cycling professional with the Drapac team. His story about one of his last international races is a stunning piece of writing (take a moment to read what is far from an ordinary cyclist’s column). 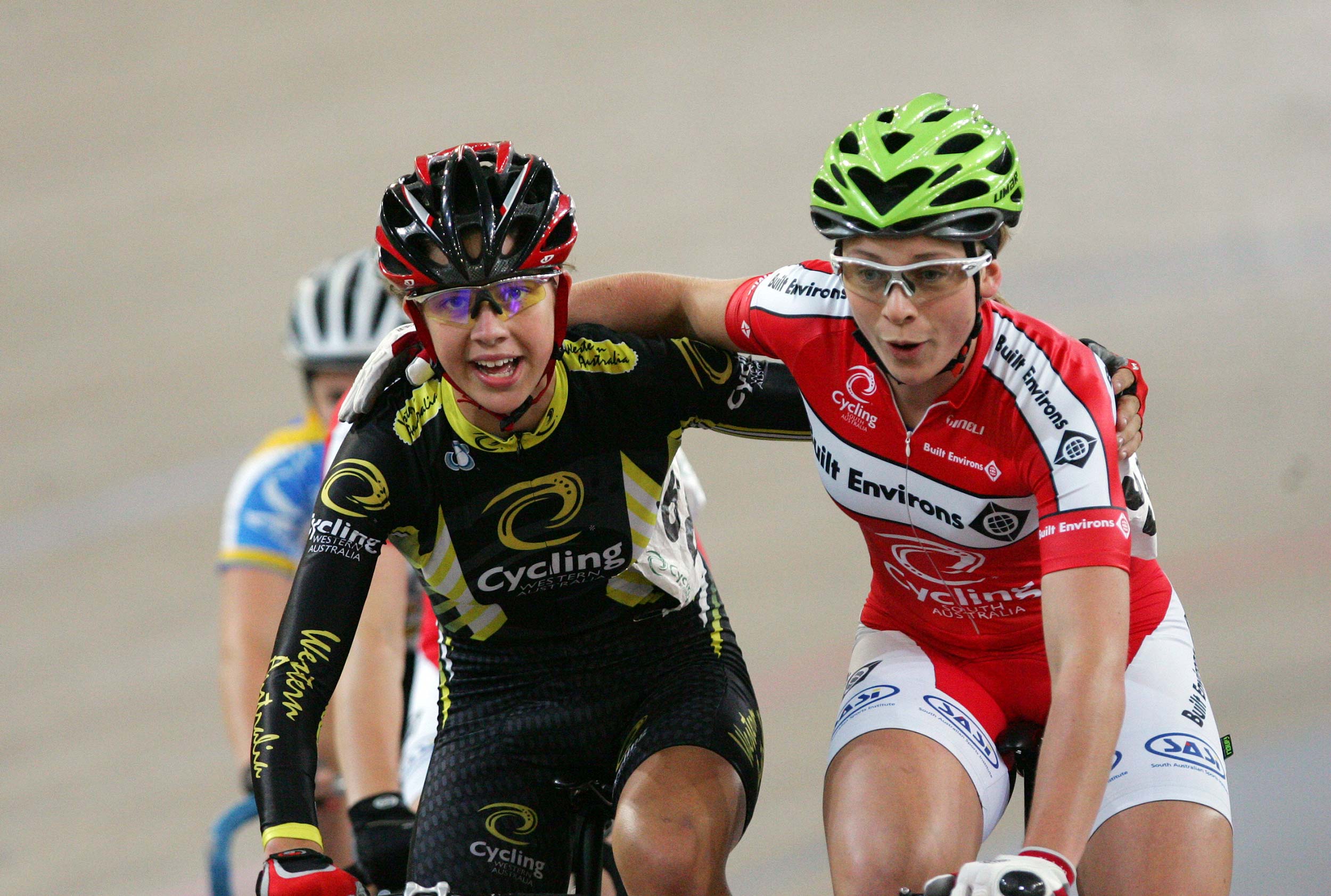 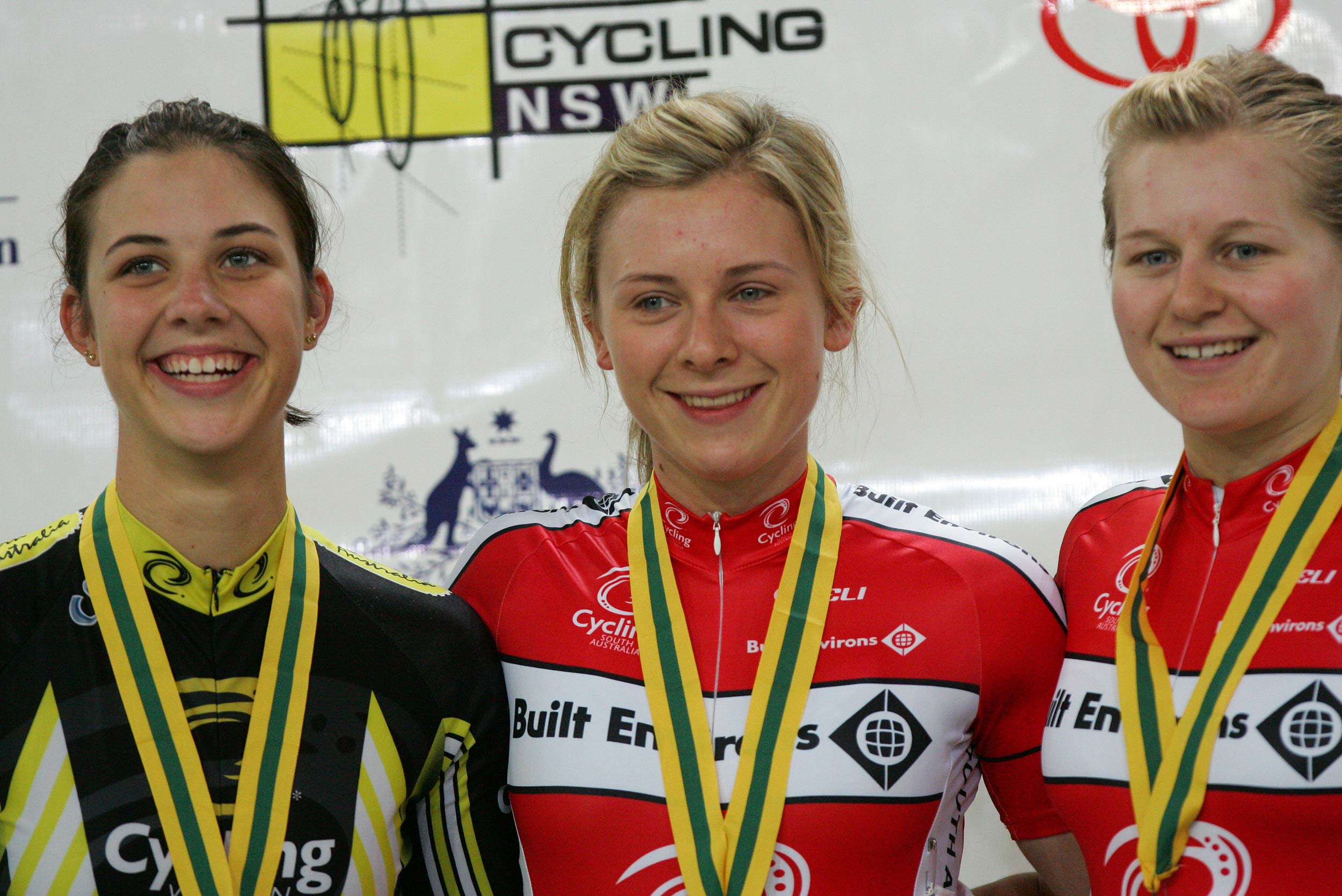 Mel Hoskins (now Mel Dennis) and Netti Edmondson were rivals in 2008 (above), racing for West Australia and South Australia, respectively. But they would go on to achieve bigger things as part of the national team in the years that followed.

It’s also well worth noting the other rider: Steph Morton, a consistent performer for Australia from then until now… and beyond. Recently a medalist at the 2020 track worlds and a rider destined to (eventually) race the Olympics in Tokyo. 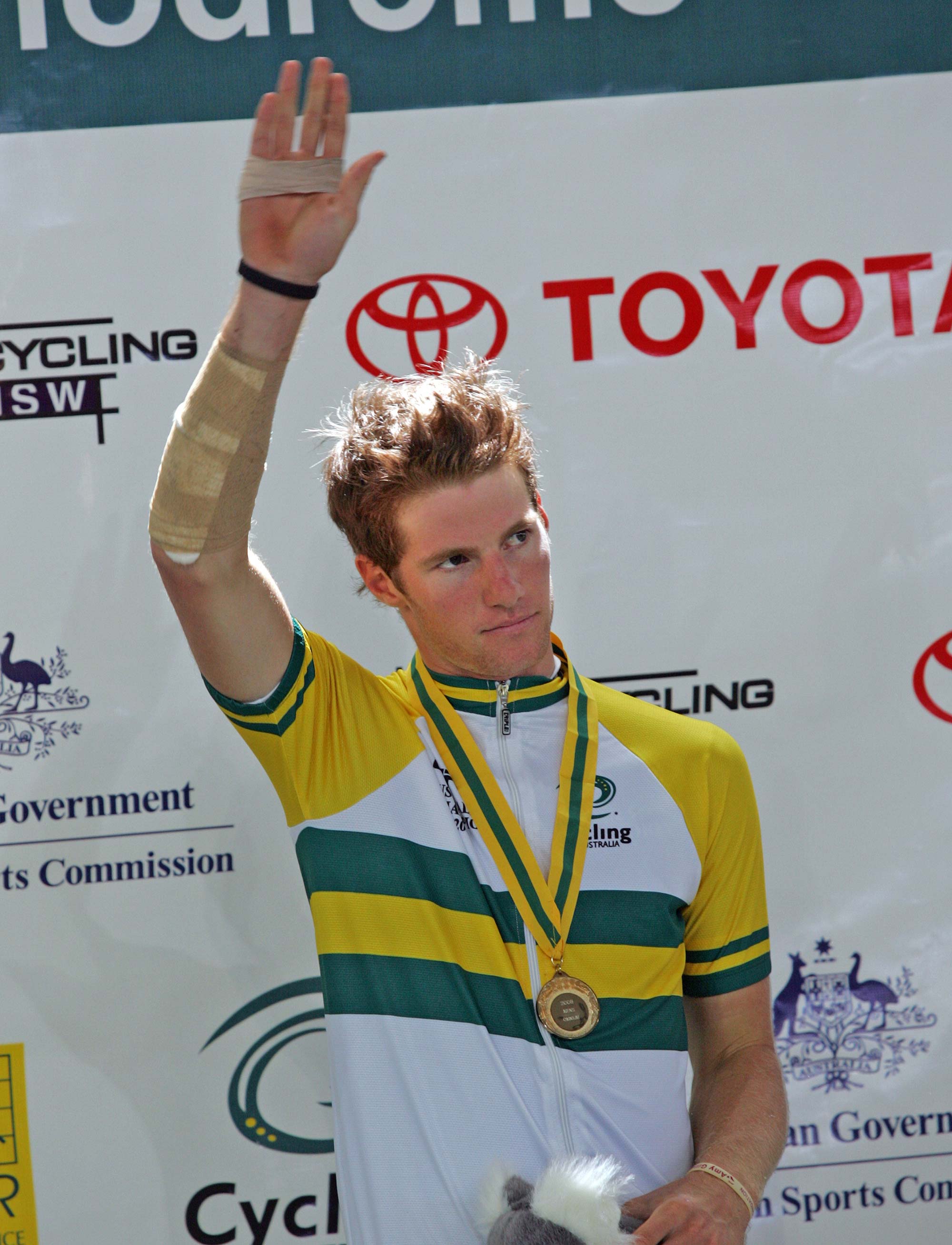 Glenn O’Shea (above) won the omnium title in 2008. He would go on to claim a rainbow jersey in the same event a few years later. In 2020, he’s part of the coaching staff for Cycling Australia. 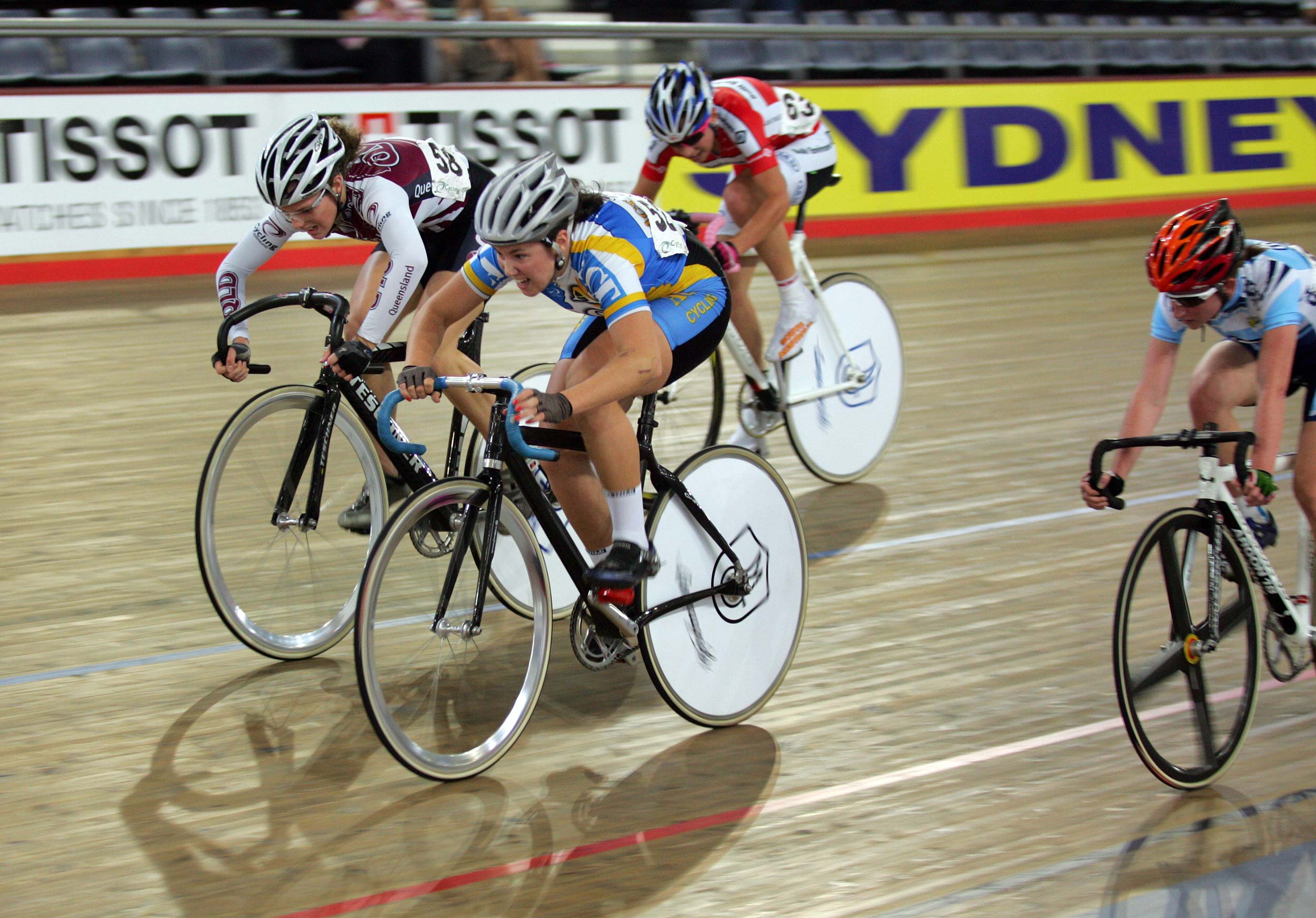 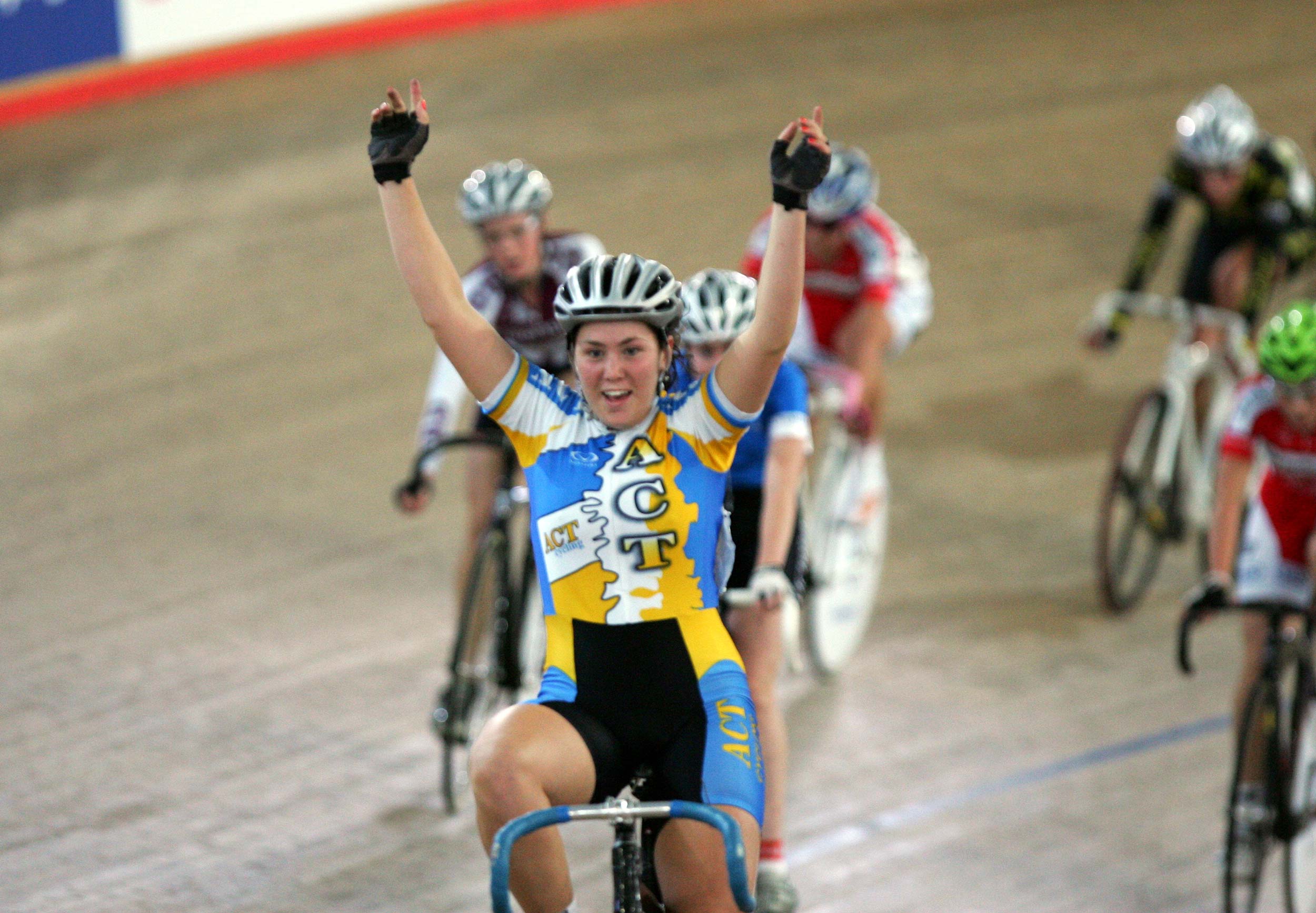 We round out this flashback to two great shots of Chloe Hosking, one of the future stars of the pro road scene. Here she is as a 17-year-old racing for the ACT team (above).