The track cycling world championships are underway in Roubaix. In the men’s team pursuit, it’s the Olympic champions Italy with the fastest time ahead of host nation, France.

Remember when anything below four minutes was an outstanding team pursuit time? If you do, you’ve been following the progress of this 4,000m event for at least 20 years. As has been written often on this site, the four-minute barrier was first broken at the Sydney Olympics with the gold medal ride by Germany.

Overnight in Roubaix, all eight qualifiers raced faster than four minutes. It’s not exactly passé, but it’s now expected that riders go that fast in this beautiful discipline of strength and precision that – certainly since Sydney 2000 – has become an great example of eking the most out of aerodynamic gains.

The French team set the early standard at the 2021 track worlds in Roubaix. The home team clocked 3:51.128 with the fourth ride in qualifying, the best time until the Olympic champions, Italy, took to the line. The Squadra Azzurra clocked 3:49.008 to confirm their status as the team pursuit maestros of the moment.

The Danish team was the last to ride the qualifying rounds thanks to their status as defending champions. The quartet that was such a force in Tokyo a few months ago, winning silver just a fraction of a second behind Italy at the Olympics, qualified in third place (3:52.873). Not even some tape on their shins would have helped them get closer to the Italian quartet – Simone Consonni, Filippo Ganna, Francesco Lamon and Jonathan Milan (ie. the same team that won gold in Tokyo).

This is the worlds and although there’s prestige and honour on the line, it lacks the gloss of the Games and, for Australian fans, #Roubaix2021 doesn’t quite hold the same level of interest… there are only five riders from Australia at the worlds this year, three women and two men. So, no, there’s no TP time to talk about for ‘our’ team.

Instead, the focus returns to the Ganna Show. For cycling fans in 2021, there’s a lot to like about this. The Italian TT wizard was at it again in Roubaix, demonstrating his prowess with another phenomenally fast time in qualifying even if their early standard is seven seconds slower than the Tokyo finals time, the current world record: 3:42.032.

Three-time Olympic champions, Team GB were the fourth best in qualifying (3:53.722) but well off the pace of the Italians.

Below is a breakdown of the times of the two Italian team’s qualifying ride. (For full results, visit the Tisssot Timing page and click on ‘Roubaix 2021’.) 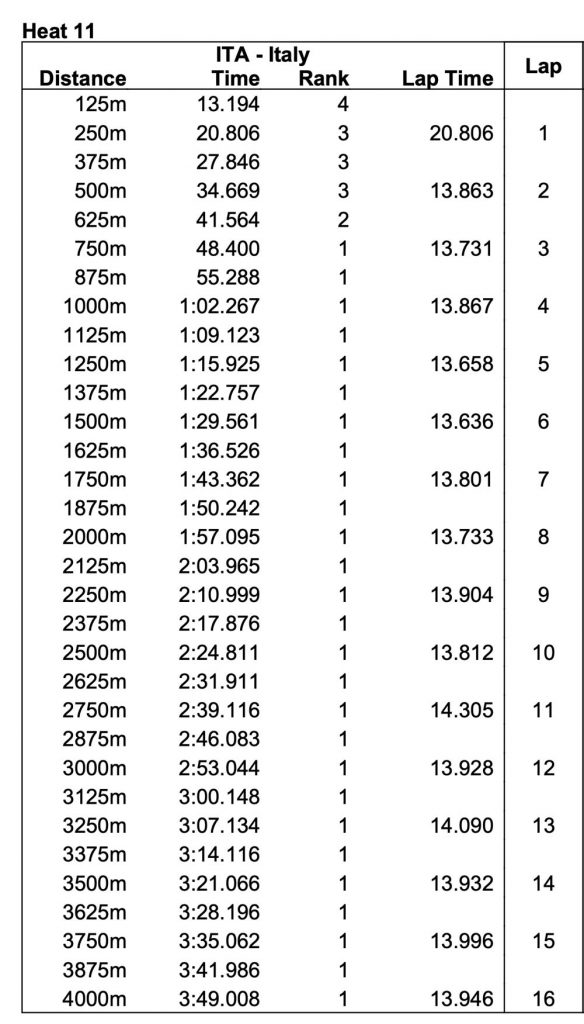 With a field depleted of some of the best in the world because of travel restrictions, the times are off the lofty standards set in Tokyo when Germany was nudging close to the four-minute barrier in a hotly contested Olympic final (when the world record of 4:04.242 was set). 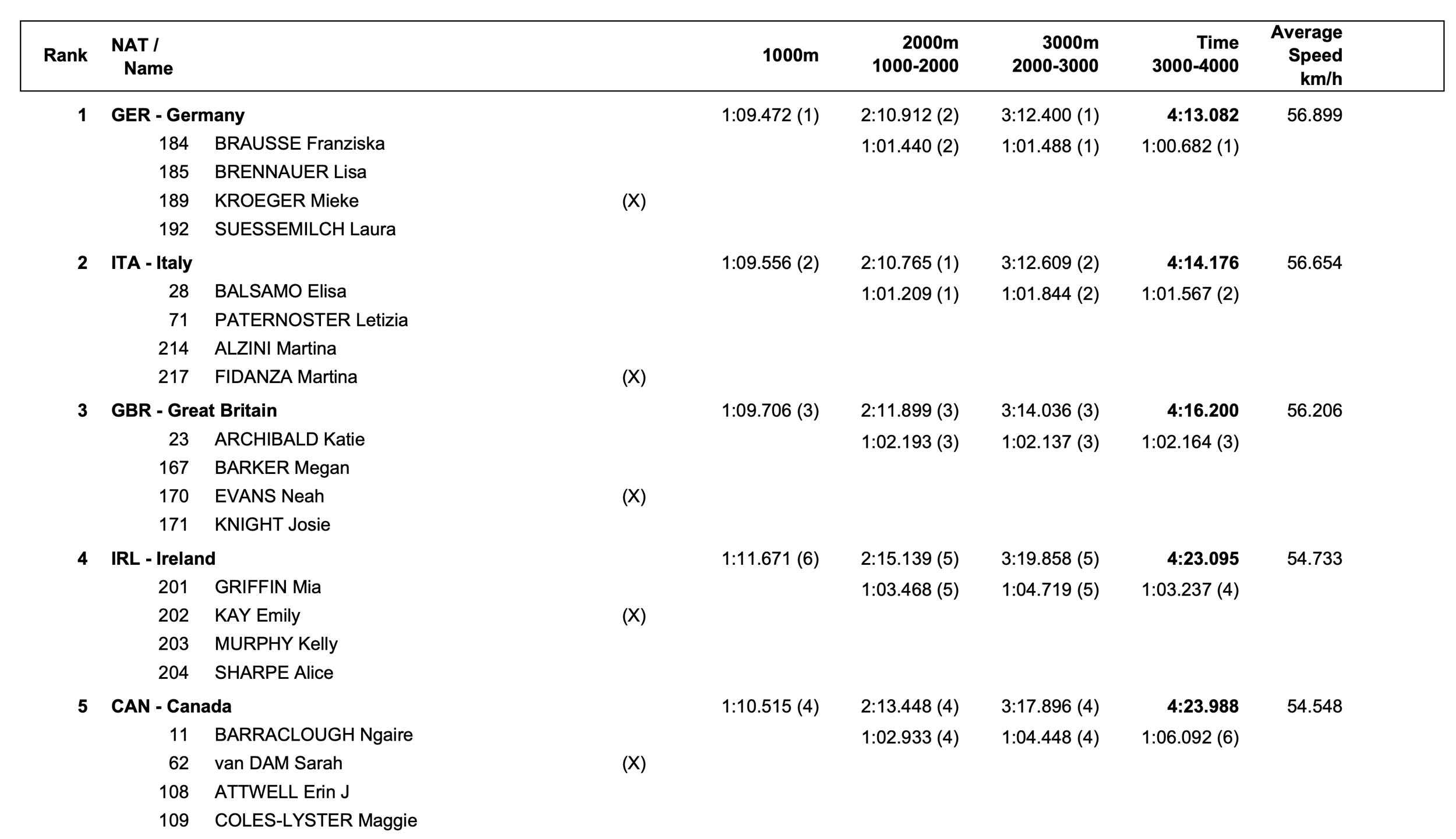