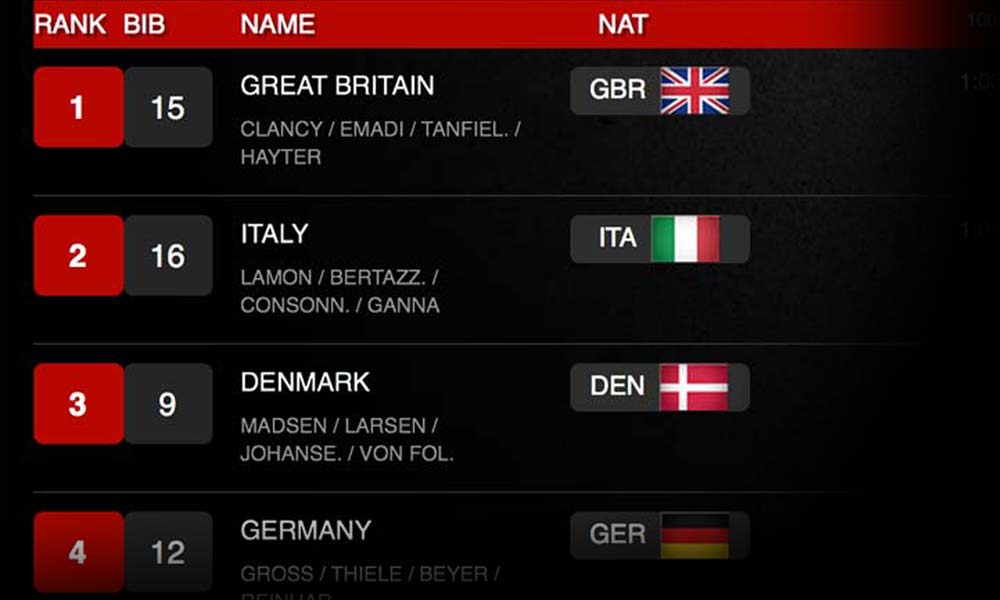 The first day of competition and some fast times have been on the velodrome in Apeldoorn, the Netherlands. While we wait to see how Matthew Glaetzer goes in the ‘kilo’, here’s a quick overview of the team pursuit.

The Aussies, as we know, are not back to defend their title. This year, the Commonwealth Games take priority over the worlds.

But we still tune in to this fantastic events because… well, because the team pursuit is beautiful.

On the opening day of the championships in Hong Kong, came the qualifying rides for the team pursuit. The Brits were fast again but well off the pace of last year: 355.714, almost a second better than Italy, the team that qualifying second fastest. 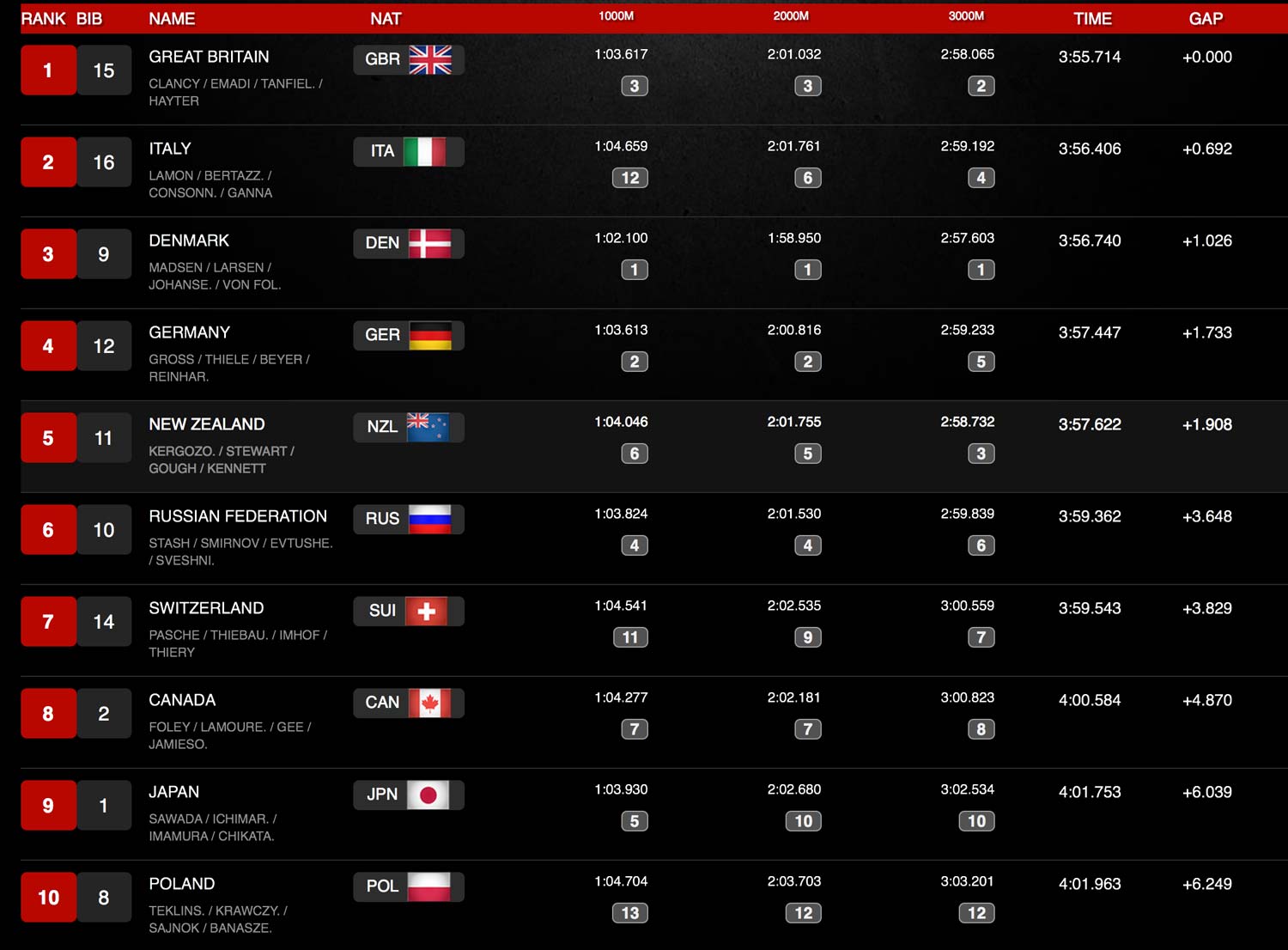 For a full summary of the results from the championships in Holland, visit Tissot Timing.

The Danes posted a 1:02795 first kilo and held the fast pace through to the finish. They race the final tomorrow.

The Brits were up against Germany in the second ride of the 2018 championships and and they 3:56.335.

(See the full summary below.) 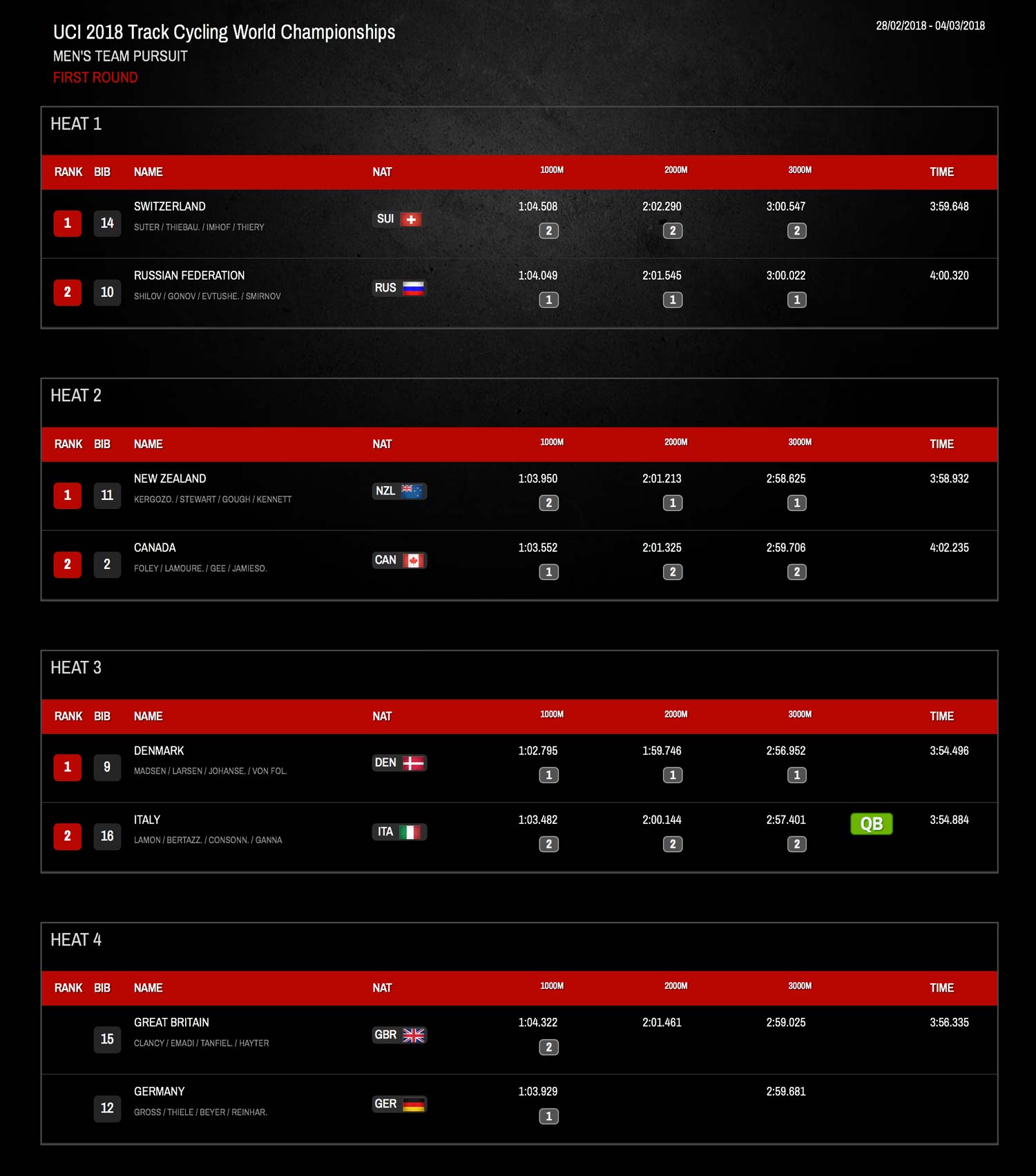 Australia has won four of the past five world titles in the team pursuit. There’s a long list of quality riders who have come together, put on the green and gold and posted fast times in this fantastic, precision event.

Only New Zealand has been able to get the better of them in the team pursuit at the worlds since 2013, with Pieter Bulling, Dylan Kennett, Alex Frame and Marc Ryan winning the title in 2015 in Paris when the Australian team was hindered by mechanical issues in qualifying.

This year the Danes seem poised to repeat their effort from 2009 when they took the title ahead of Australia in Poland.

But the Brits, despite qualifying with the third-fastest time, won their ride against Germany and go through to the final which will be held on Thursday evening.

Below is a summary of the line-ups for the medal rides of the men’s team pursuit at the worlds in Apeldoorn. 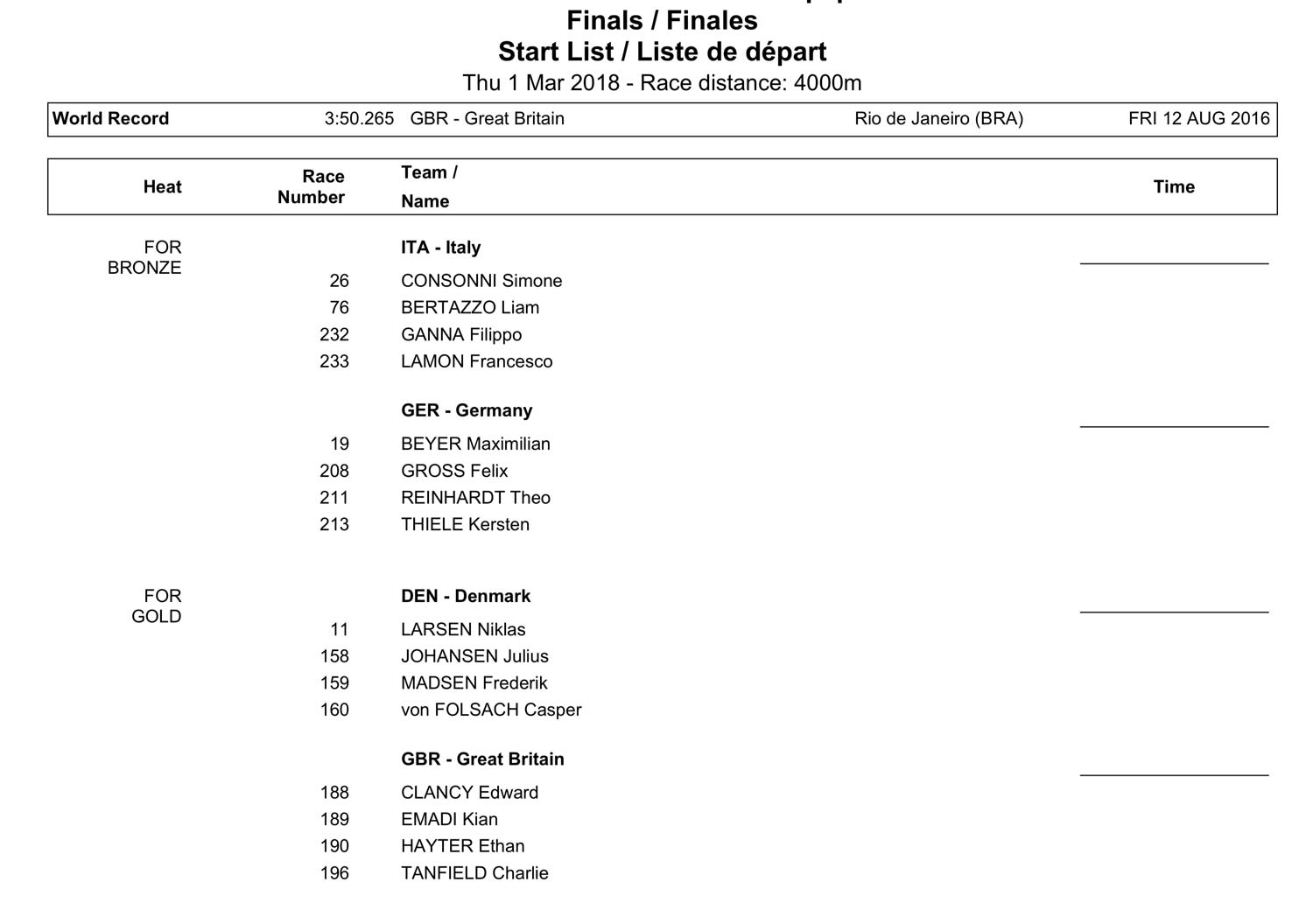