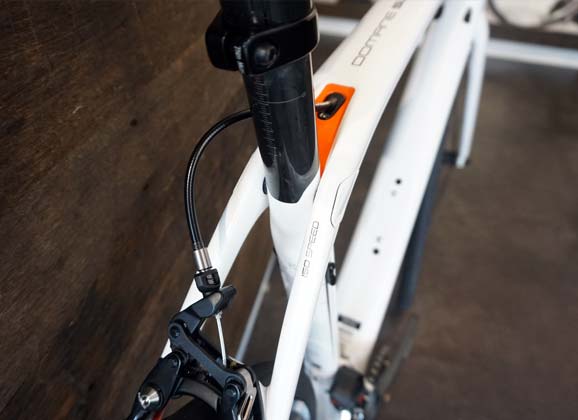 Let’s consider a little cycling history with a timeline of two races: 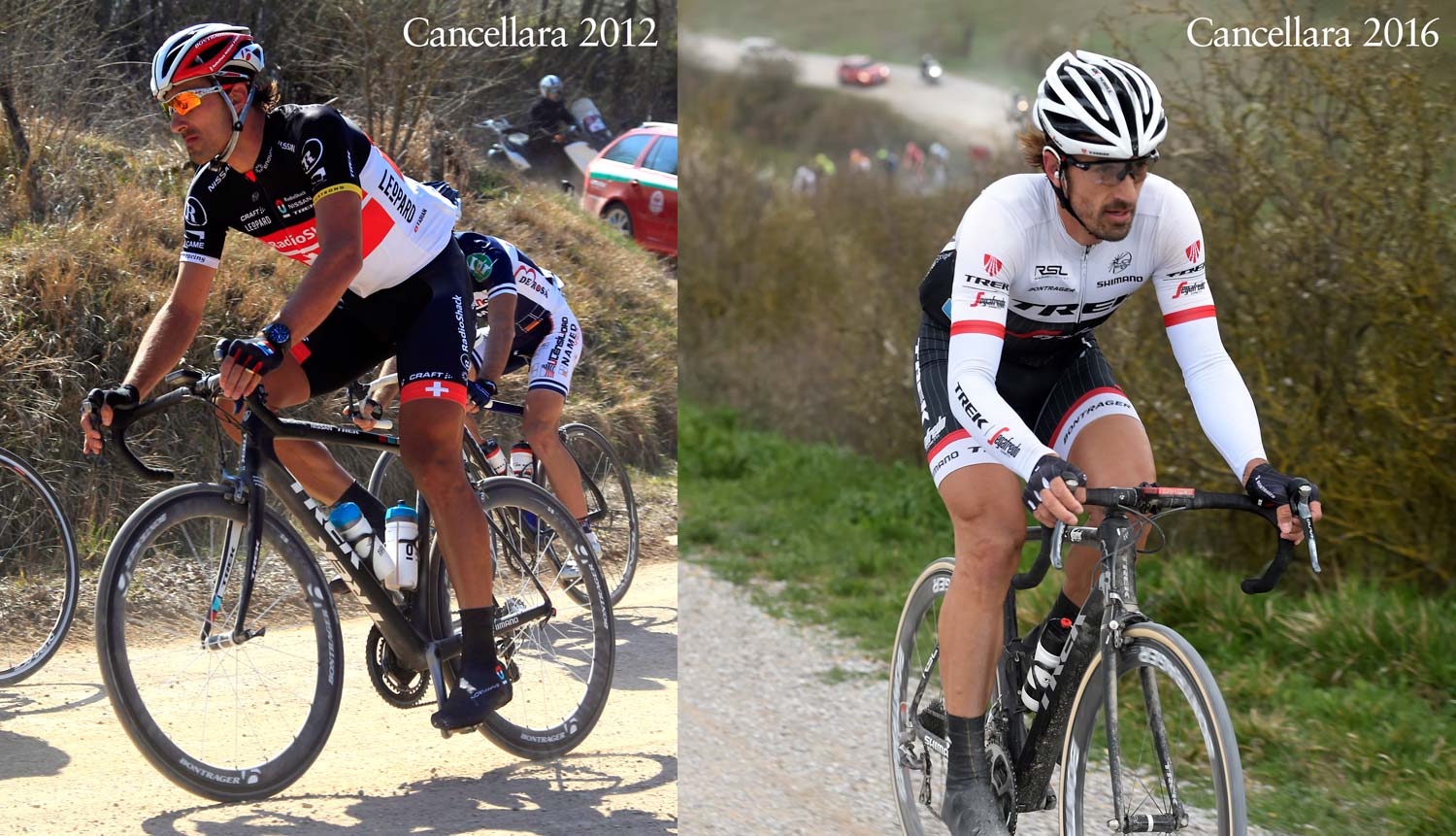 The evolution of a bike

No one knew what ‘Domane’ was four years ago. Trek’s marketing team poked fun at its anagram of ‘Madone’ with posters saying something along the lines of ‘Domane: Latin for full gas’ and other such linguistically, culturally, and historically confused slogans.

In 2016, Domane is Trek’s most popular road platform because it caters for novice riders and hard-edged racers alike. No other company has managed convince the market that its ‘endurance’ bike is as suitable to racing as its climbing and aero bike.

Its success is largely due to Fabian Cancellara whose ‘Spartacus’ moniker was milked within in an inch of its life as the affable Swiss star raced on the Domane full time.

Cancellara’s marketing presence was felt, but Trek’s claims about the bike’s stability, comfort and stiffness were widely regarded as truthful, ensuring that buyers would not feel disenfranchised after purchasing a Domane.

Even the best things in the bike realm change so now we gaze at the Domane SLR and wonder how ‘the best’ can be bettered. 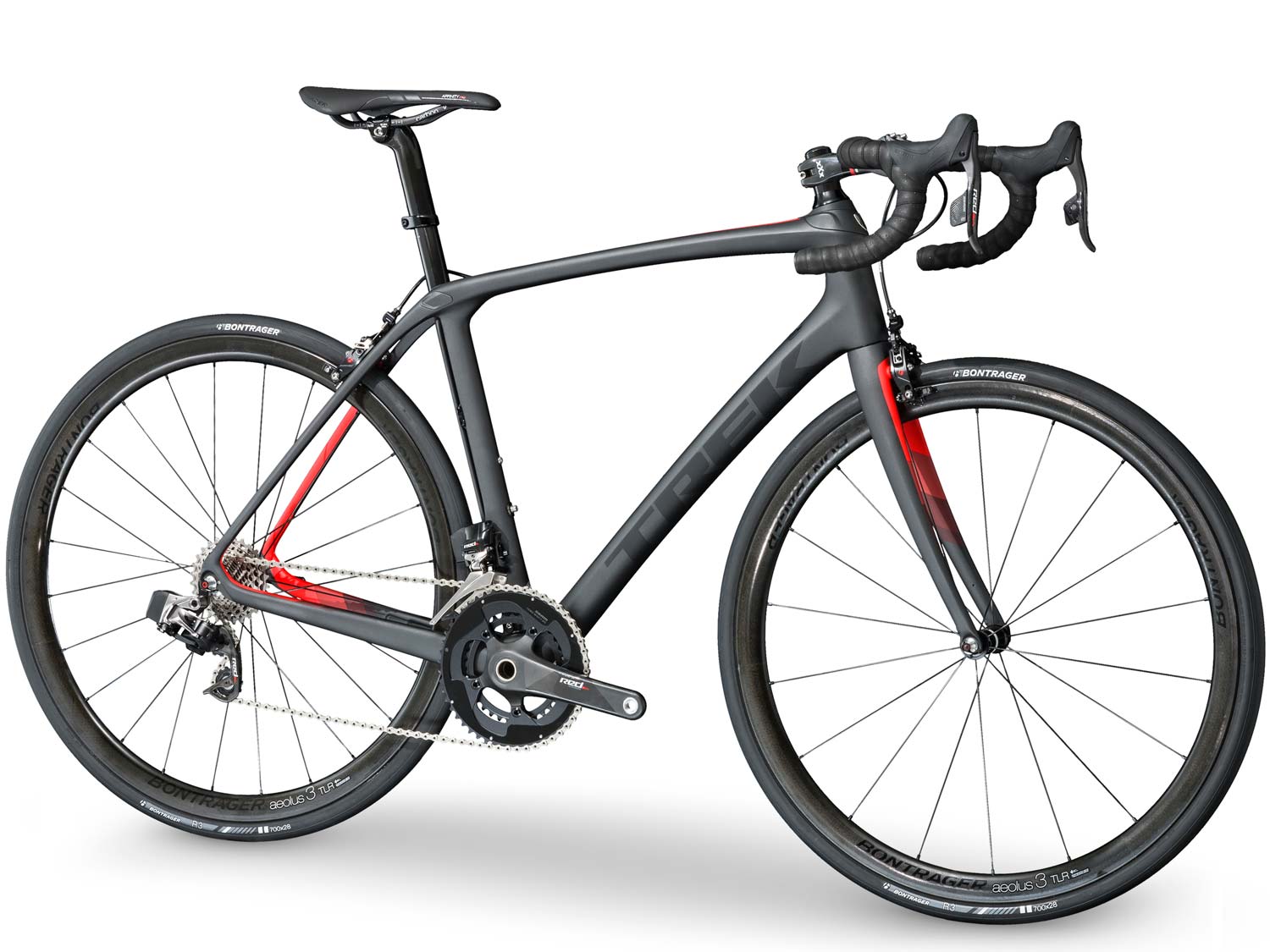 Trek has not reinvented the Domane, but it believes it has made improvements. The Domane SLR’s most recognisable difference is that it now has a front IsoSpeed decoupler. This innovation mimics the Domane’s hallmark rear decoupler by dampening the road without compromising the bikes stiffness or handling characteristics. 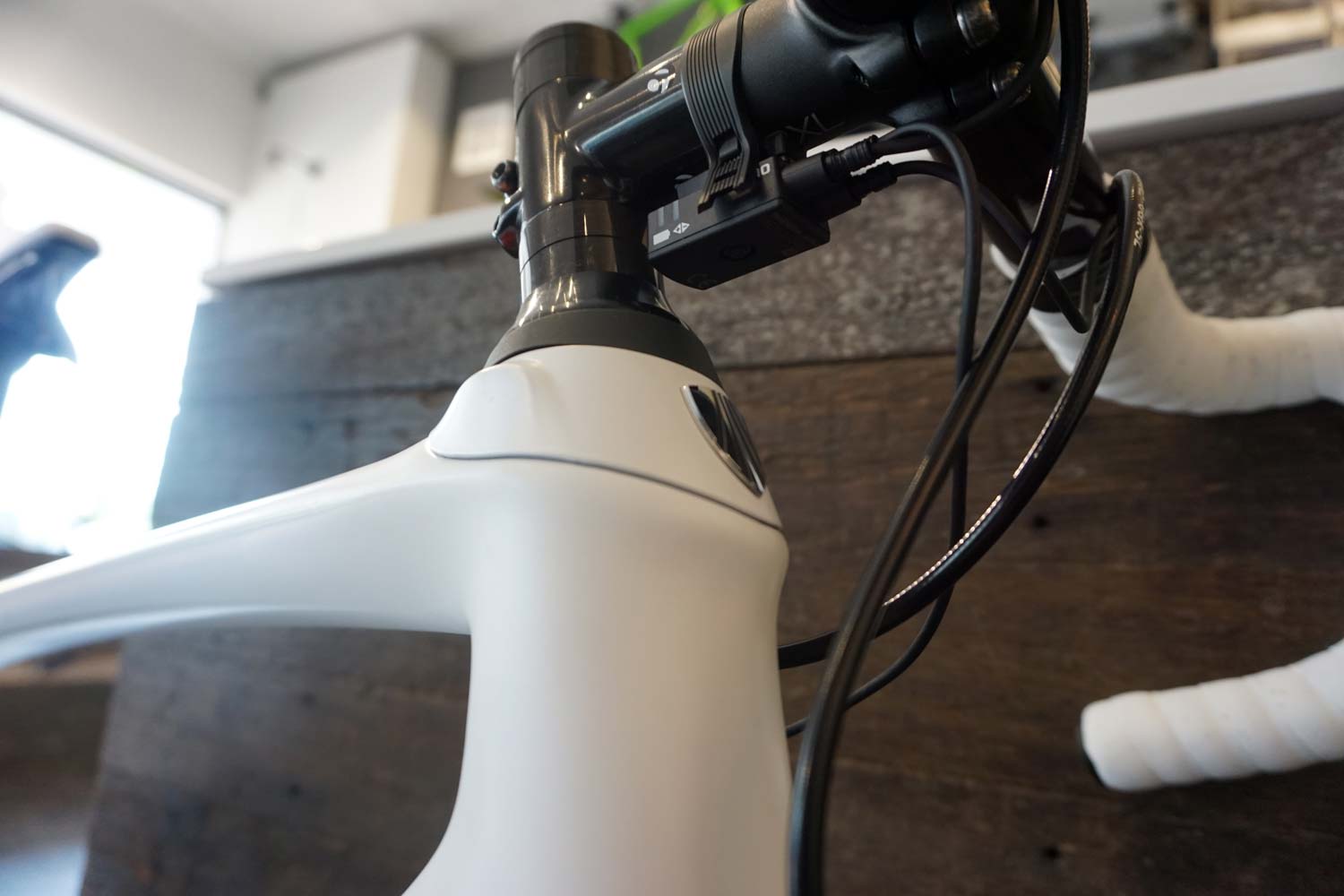 The rear Decoupler remains but its compliance level is now capable of being tuned by the rider. It’s a simple process of removing the lower bidon screw and sliding a lever up or down the seat tube to incrementally adjust the IsoSpeed.

The Domane SLR’s seat tube can be tuned to feel as stiff as an Emonda or be relaxed to 14 percent plusher than the first generation IsoSpeed. There are two notches between the most firm and most comfortable settings.

Initially, the adjustable rear IsoSpeed seems like just another thing to think about but is genuinely useful for the public as riders come in all shapes and sizes and the ‘factory compliance’ would rarely be suitable. A 190cm rider who weighs 75kg would have a dramatically different experience on a Domane compared to a person of similar height who is 40kg heavier. Now both of these riders can utilise the Domane SLR to its full potential. 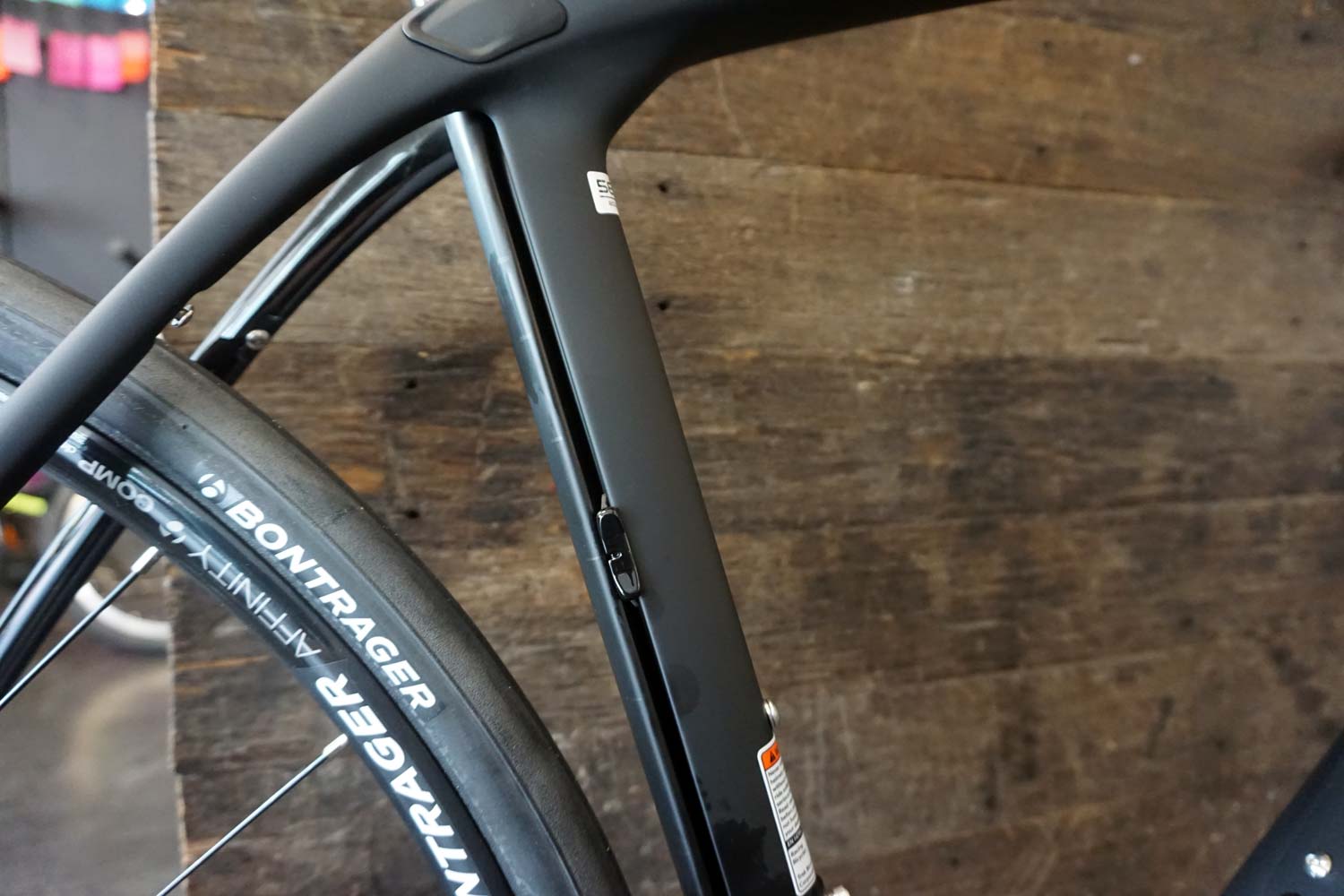 Those who want to build the Domane SLR with electronic Shimano or Campagnolo drivetrains fit the battery in a control centre under the down tube bidon cage. SRAM eTap users look on smugly as their wireless transmission is unaffected by this frame design.

(Trek has no OEM models with Campagnolo or Shimano Dura-Ace fitted. SRAM Red eTap is the choice for the flagship Domane SLR 9.)

The Domane SLR can be purchased with mechanical direct-mount brakes front and rear or as a disc-brake bike, with flat-mount calipers. 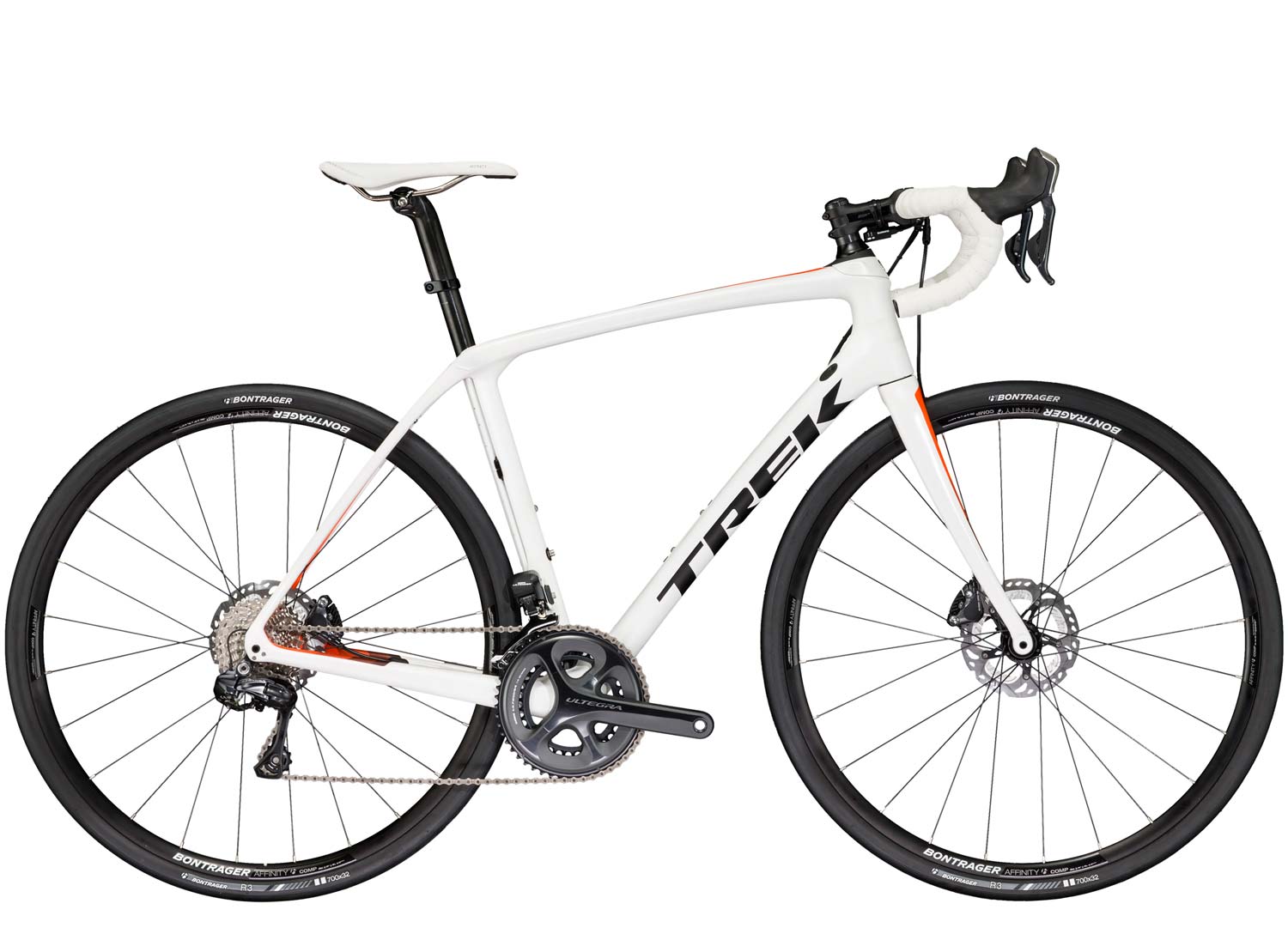 In conjunction with the Domane SLR, Bontrager has released new ‘IsoCore’ handlebars which dampen vibrations by up to 20 percent compared with ‘standard’ carbon road bars.

The Domane’s greatest asset has been its mass appeal. Elite racers are as happy to ride the Domane as first-time road riders. The Domane SLR aims to engage with the same broad range of consumers. Customisable comfort levels is a revolutionary innovation and if Trek’s front IsoSpeed decoupler is as well received as its original rear decoupler, the Domane SLR will press on as one of the world’s best bikes and further enhance the good name of Trek’s ‘endurance’ road range. 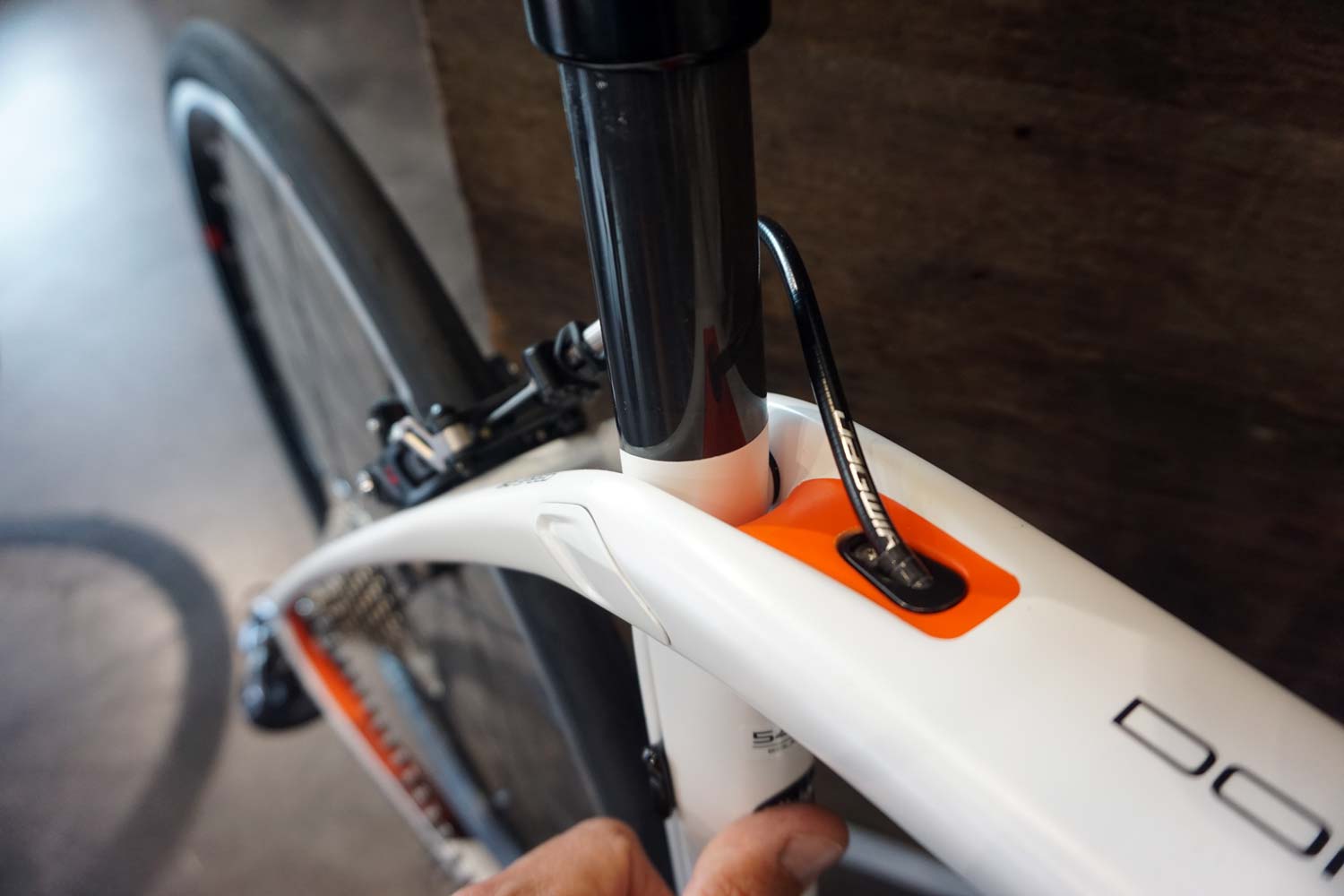 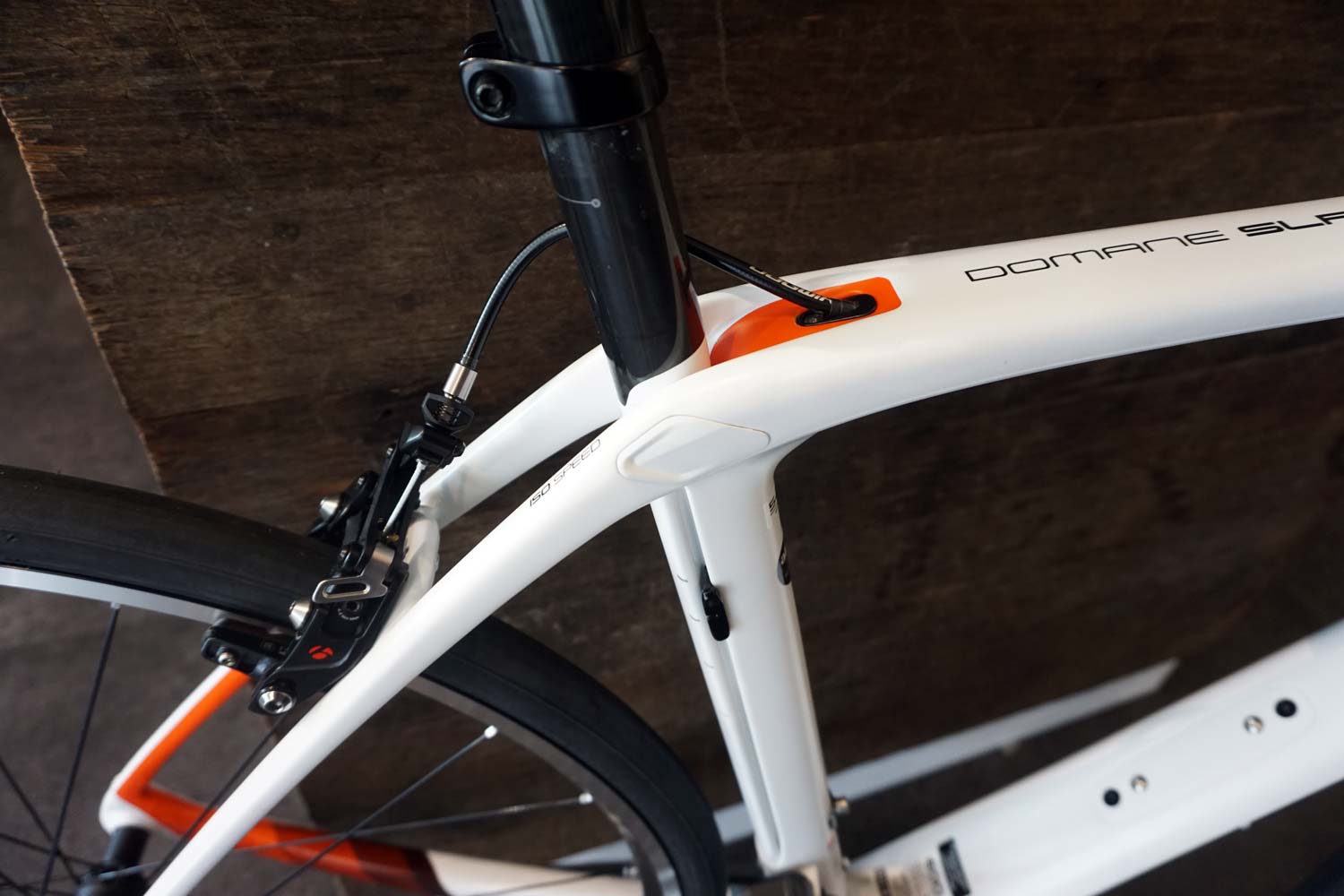 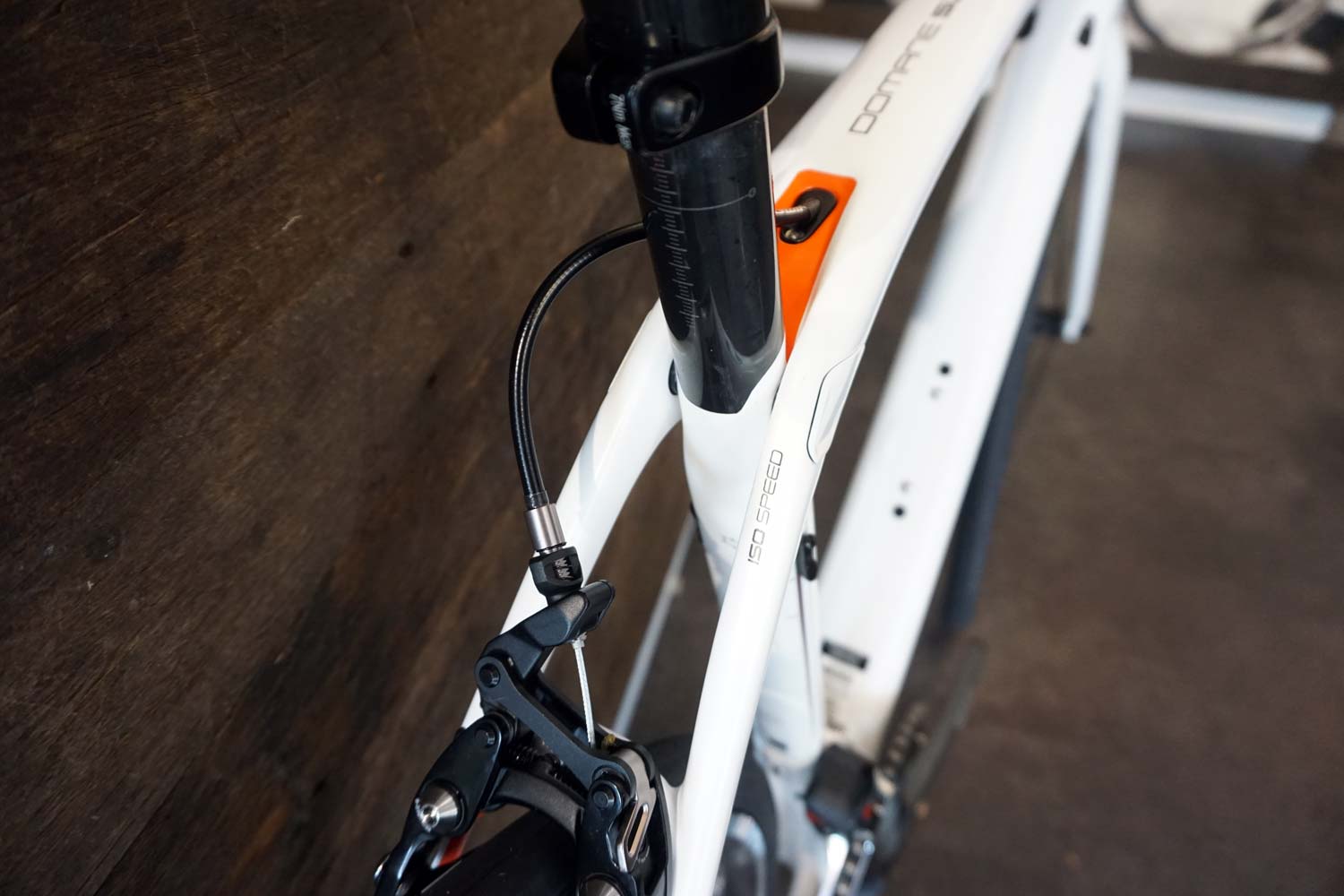 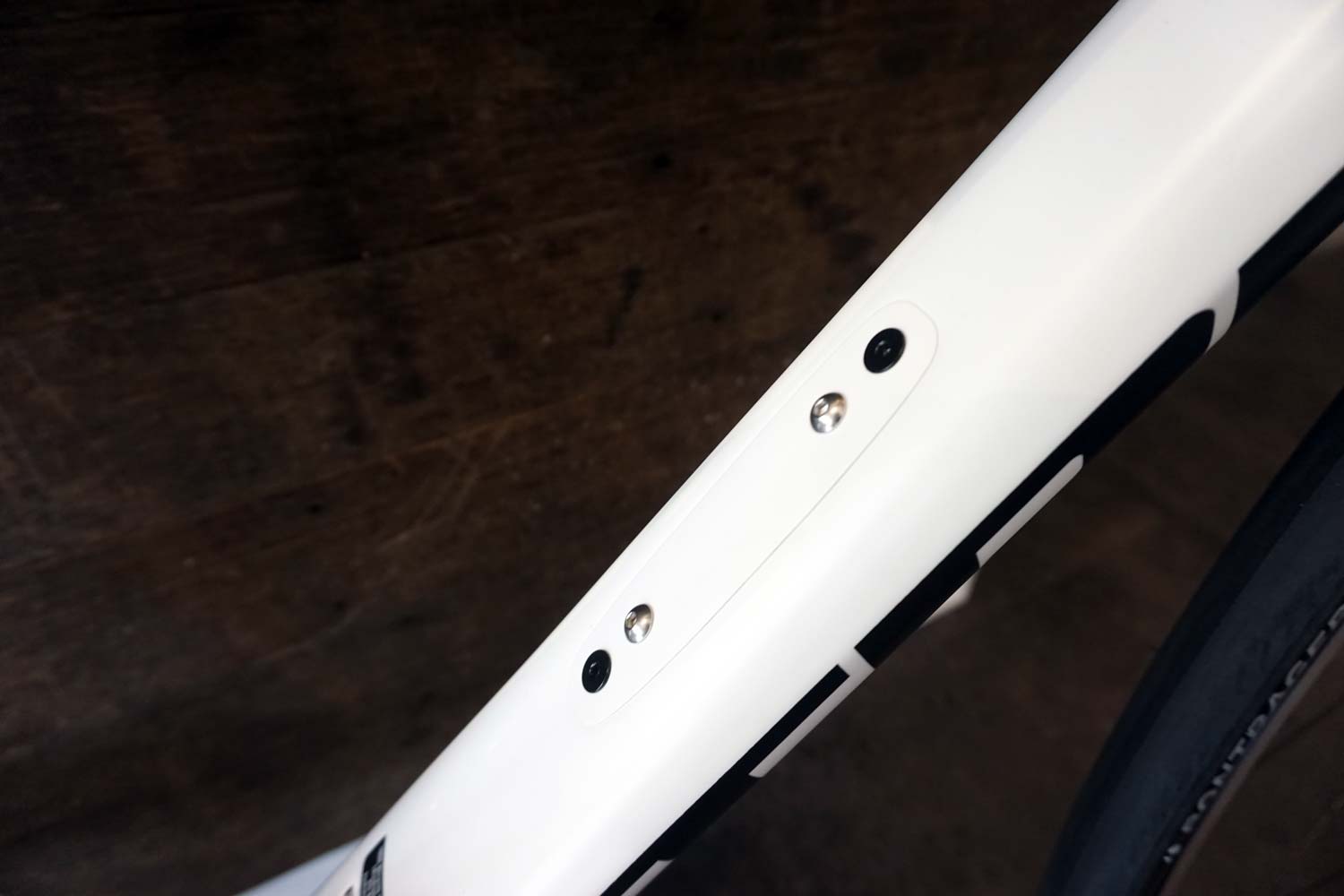 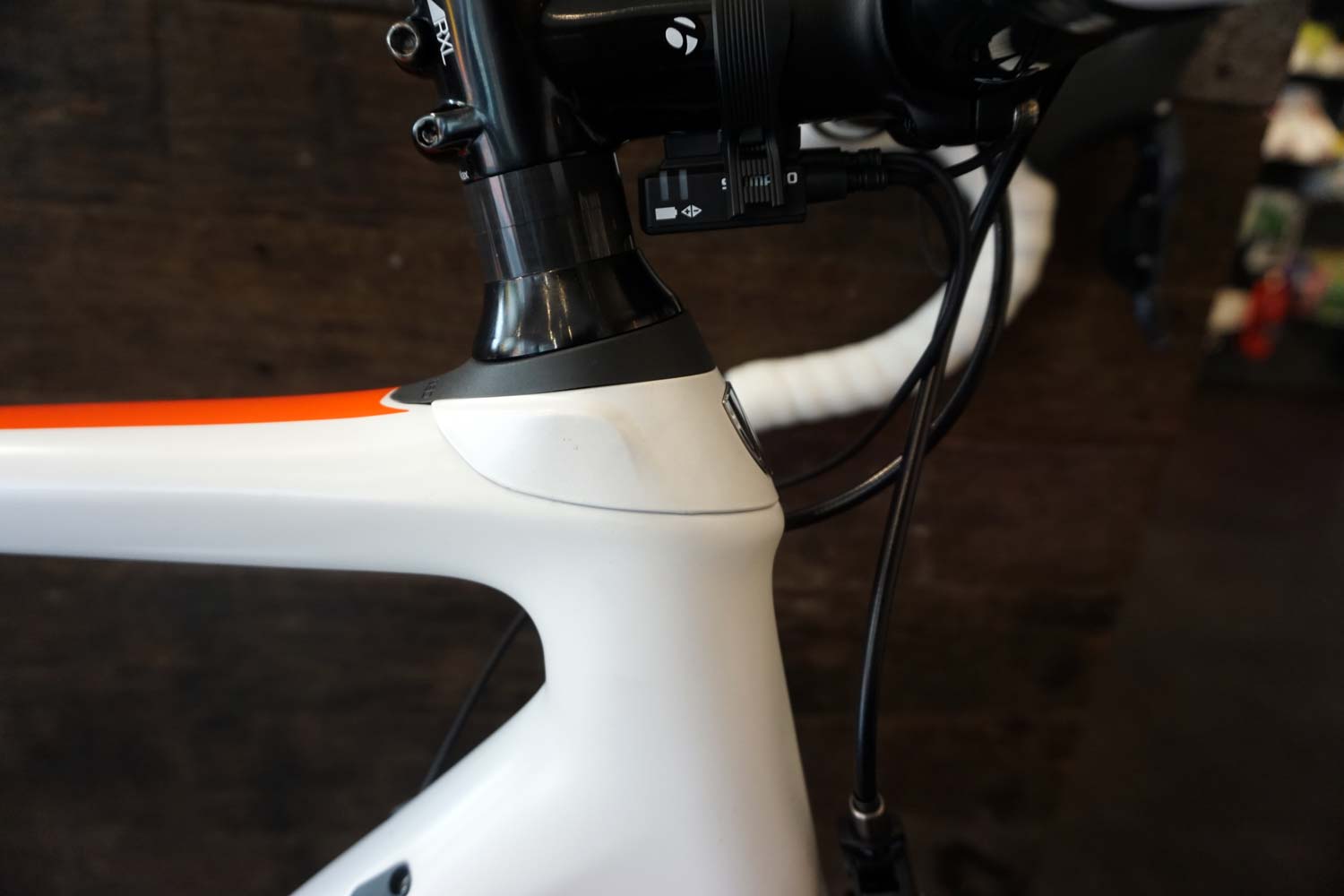