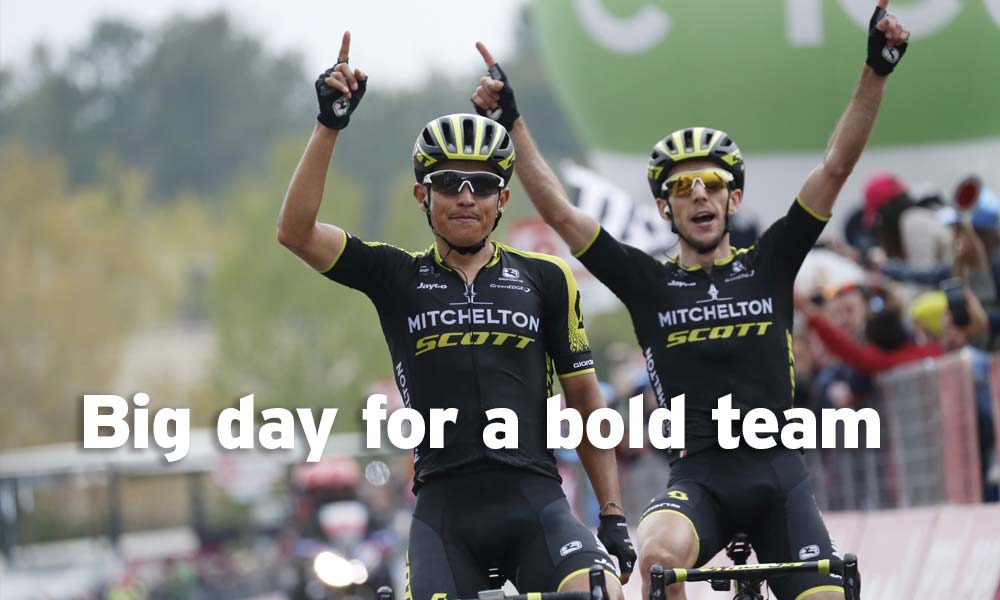 Turning ambition into reality: Mitchelton-Scott at the Giro d’Italia

It takes planning and years of commitment but it is possible to turn a young Australian team into something that can excel on the world stage. Simon Yates and Esteban Chaves are living up to lofty expectations at the Giro d’Italia: first and third on GC after the stage to Mount Etna.

A couple of years ago, Esteban Chaves raced into the lead of the Giro d’Italia with only a few days to go. It seemed that his Australian team may wina Grand Tour… but it didn’t happen, not in 2016. The Colombian finished second. He did, however, vow to return and see if he could finish one place higher on the podium. And he’s back in Italy now sharing leadership duties with a team-mate who leads GC after the first mountain top finish.

It is a turning point for the team that is commonly known as ‘GreenEdge’. It is an outfit that has introduced many to the curious realm we know as pro cycling.

Starting in 2012 under the title of a holding company, GreenEdge soon started gaining a following, a loyal fan-base that got to know the team and its riders, thanks largely to the initiative of Dan Jones and his Backstage Pass videos. The first episode on the team’s YouTube channel was largely slapstick, a cooking show (of sorts) that involved a lot of spice, plenty of bad ‘acting’ and a few pranks. Before long, the videos evolved into genuine storytelling. And there’s a community that feels like it has some ownership of the results achieved by the cosmopolitan cast of team-mates.

In its formative years, this team of larrikins would go on to win a few races, starting with the TTT in Tirreno-Adriatico and quickly progressing to the Classics. With Simon Gerrans’ victory in Milan-Sanremo, the team rapidly matured into something that rightfully deserved attention from sports editors around the world. The momentum build was steady and some would say it reached a crescendo in the opening week of the 100th Tour de France in 2013: ‘Gerro’ won the third stage, then the team set a record average speed in the TTT of stage four… and took the yellow jersey. 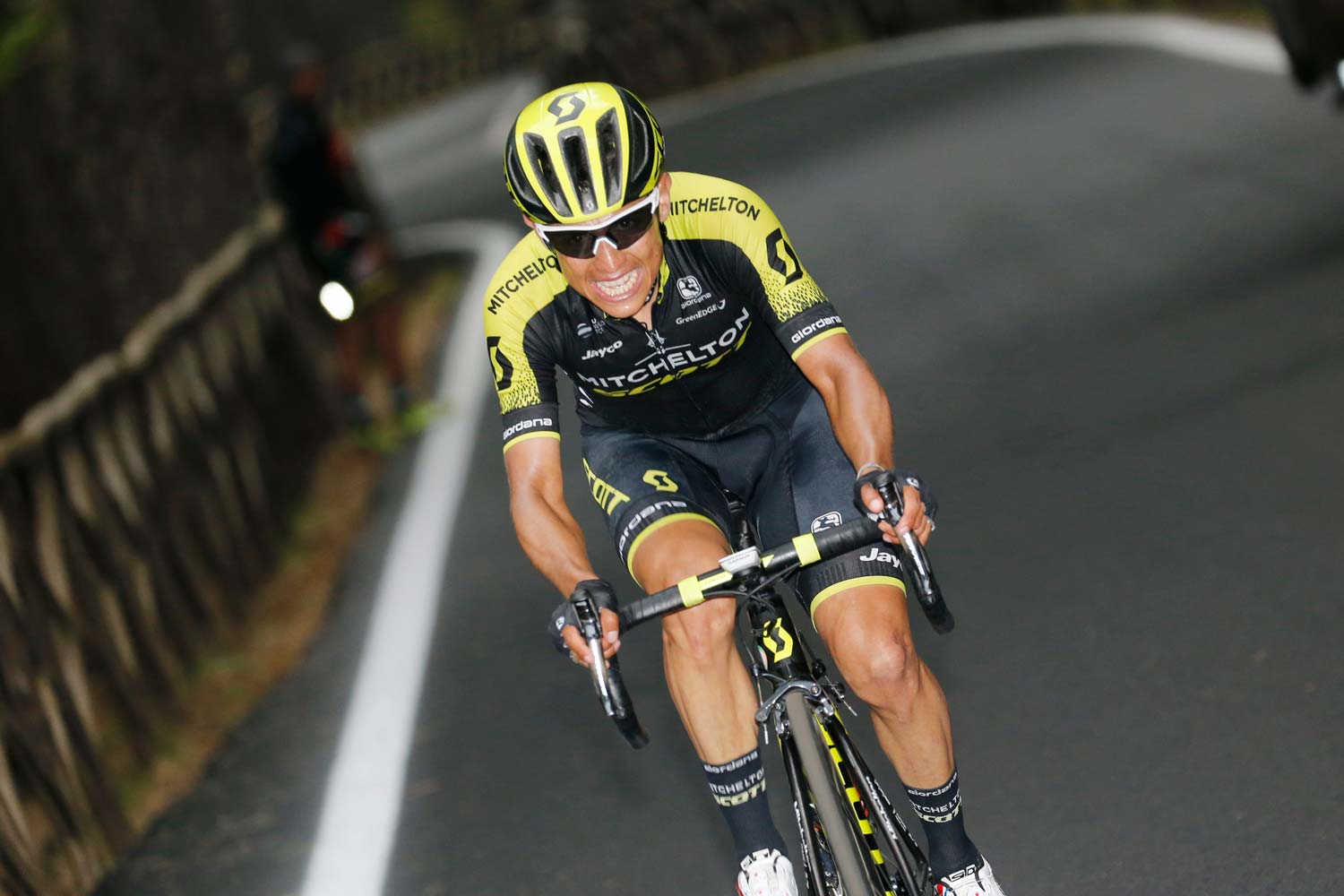 Esteban Chaves was on the attack early in stage six… and he would go on to take a fine victory on Mount Etna.

Australian cycling had reached a level that once seemed impossible. And throughout it all Gerry Ryan kept on backing this project that was ambitious from the outset – and yet it kept on raising the bar. What next? It’s great to lead a Grand Tour in the opening week but what about the final week?

It was little more than an entertaining thought, a concept that seemed a little ludicrous. Still, it was in 2013 that Gerry and his cohort began planning for The Next Phase of GreenEdge: turning it into a GC team.

They started looking at the form of younger riders coming through the ranks. By the start of 2014, there were a few new names on the roster: Esteban, Simon and Adam. It was a young trio and they arrived with a history of solid performances in hilly races. The Tour de l’Avenir exposed them to the international cycling community: Chaves won in 2012 and, in 2013, the Yates brothers scored stage wins (two for Simon) and second overall (for Adam).

“We’ve got someone to support the young guys we’ve got,” Gerry told RIDE Media in August 2015. That was when Esteban first led a Grand Tour. At the age of 25 he wore the red jersey at the Vuelta a España. He would finish the Spanish Grand Tour in fifth place that year, and improve on his performance in 2016 (finishing third). For his team, it was confirmation that their approach to building a GC team had merit. And Gerry reached even deeper into his pockets to invest for the next season.

“We’ll have some experienced climbers to assist the likes of Chaves, and the Yates brothers,” he said in 2015. 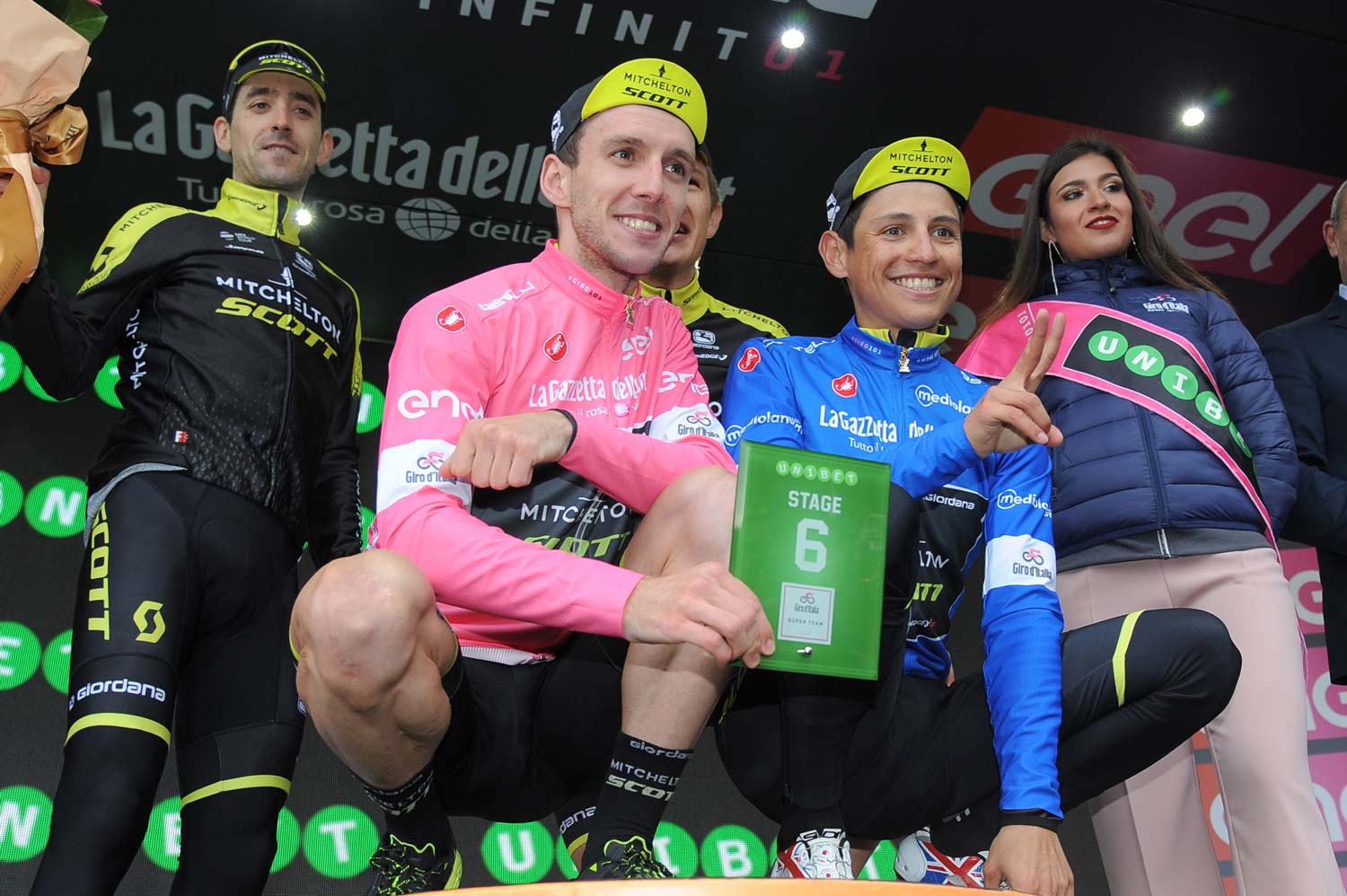 Race leader and King of the Mountains, Simon and Esteban (above).

Since then prize jerseys in the Grand Tours have come regularly. Victory had eluded what’s now known as Mitchelton-Scott but overnight in Sicily, the team matured and reach another level. The Twitter feed spelled out what the mood of the team was after Esteban and Simon reached the line together atop Mount Etna, first and second in the sixth stage.

🎥 #Giro101: What a day! The best in our organisation’s history… 1-2 on the stage and into the pink jersey 👚. Relive it with our stage 6 video 👇 pic.twitter.com/X5Ggn2Jg9f

Watch the team’s video about stage six, click the link above.

This is big news for Australian cycling fans even if the spoils have been earned by a Colombian and a Brit. When Gerry and Shayne Bannan first hatched their plan to build a WorldTour team they would have spoken about the possibilities. Many bold objectives have already been met in the opening five years of the GreenEdge project but bigger ones are still being achieved.

It is still the first week of the first Grand Tour of 2018 but there’s a reason for cycling fans to have a smile as broad and as convincing as Esteban’s; there’s a show taking place in Italy and the traditional cast of protagonists for the past few years is being replaced by riders from a younger generation.

The Australian who wore the maglia rosafor stages three, four, five and six has dropped to sixth overall; Rohan Dennis finished 21st in the stage won by Esteban Chaves… but an Australian team now has two riders in the top three of the general classification.

Chaves and Yates started the race as co-leaders at Mitchelton-Scott and after the first big mountain test, it is clear that they are able to turn ambition into a reality.

It’s a long way to Rome and plenty can happen before the finish of the 101st Giro but right now it’s a good time to tip our hats to the team that believes good things can lead to great things. Congrats to all involved in the ‘GreenEdge’ project, we look forward to watching what comes next. 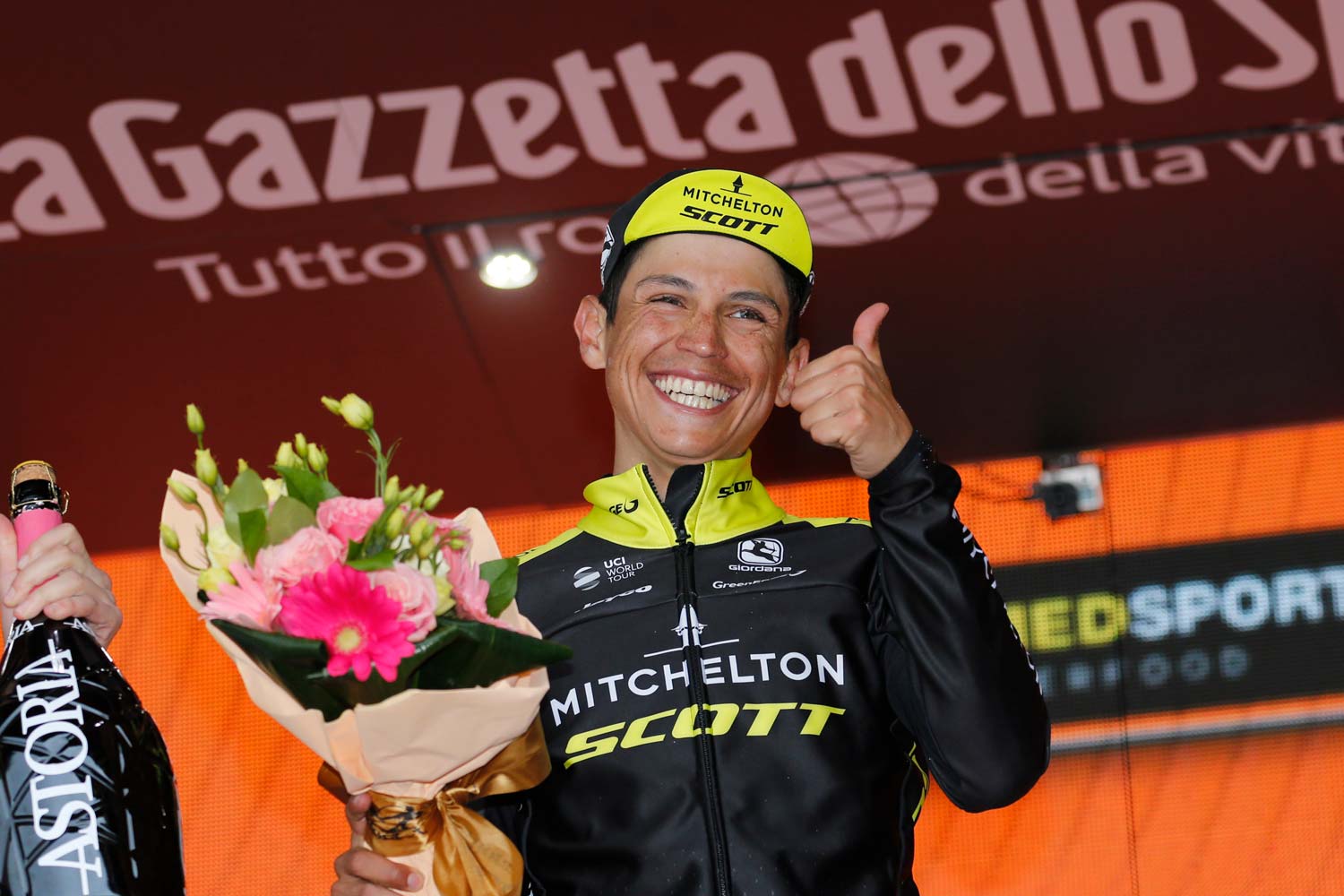