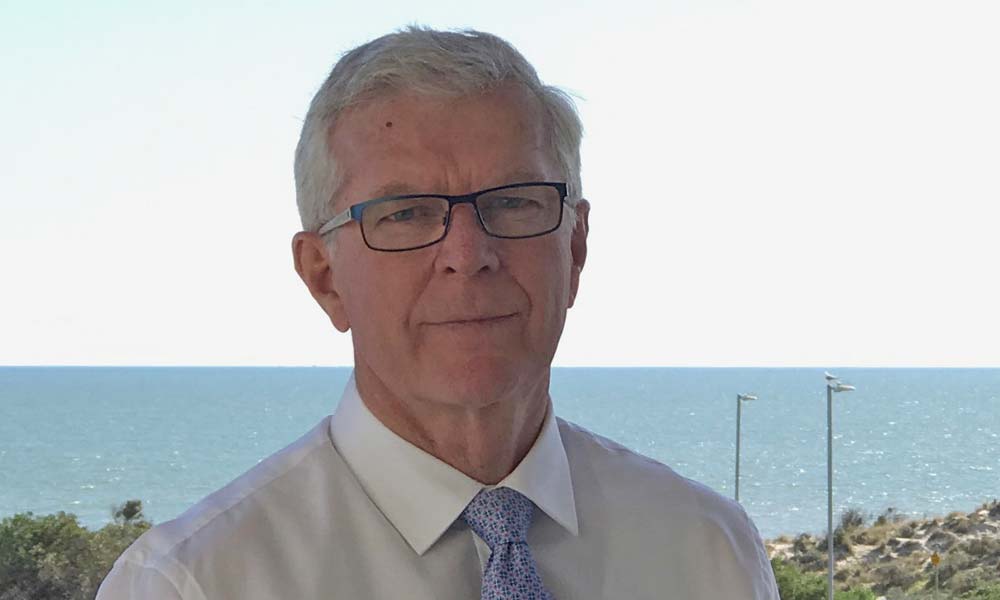 What happens when a good coach’s contract isn’t renewed by the national team he’s worked with for 27 years? Another national federation comes along and offers him a job. USA Cycling announced earlier today that Gary Sutton will join their team later this year.

Earlier this year a long-term coach of the Australian team, Gary Sutton, was advised that his services were no longer required. The former world champion retired from racing in the 1980s but remained involved with the racing scene as a coach and advisor of many successful athletes over the years.

The non-renewal of his contract was one of the first actions taken by the new national high performance director of Cycling Australia, Simon Jones.

The news came as a shock for the 62-year-old but it also opened up a wealth of opportunities.

Leading the bid for Sutton’s services as we race towards the Tokyo Olympics was USA Cycling. There were six other nations looking to work with him but the decision was recently made to move to the United States and accept an offer to continue coaching a track cycling team, but not that of his own country.

Gary Sutton has been appointed the US national women’s track endurance coach, a position he held in his homeland until recently.

Raised in Moree in northern NSW, he moved to the Sutherland Shire in Sydney’s south during his racing days and only relocated from his house in Sylvania Heights in recent years. It is, evidently, possible to take The Man out of The Shire; several years ago he shifted to West Beach in South Australia to continue his work with the Australian track team.

The new appointment requires him to move even further afield. In the coming months, Sutton and his wife Debbie will set up base in Colorado Springs and he expect to be there “at least through to the Tokyo Olympics”.

We spoke to Sutton on the day of the announcement to get his thoughts on a significant change, even if he’ll continue doing what he’d been doing with Cycling Australia: trying to win races at the highest level with a group of elite athletes. 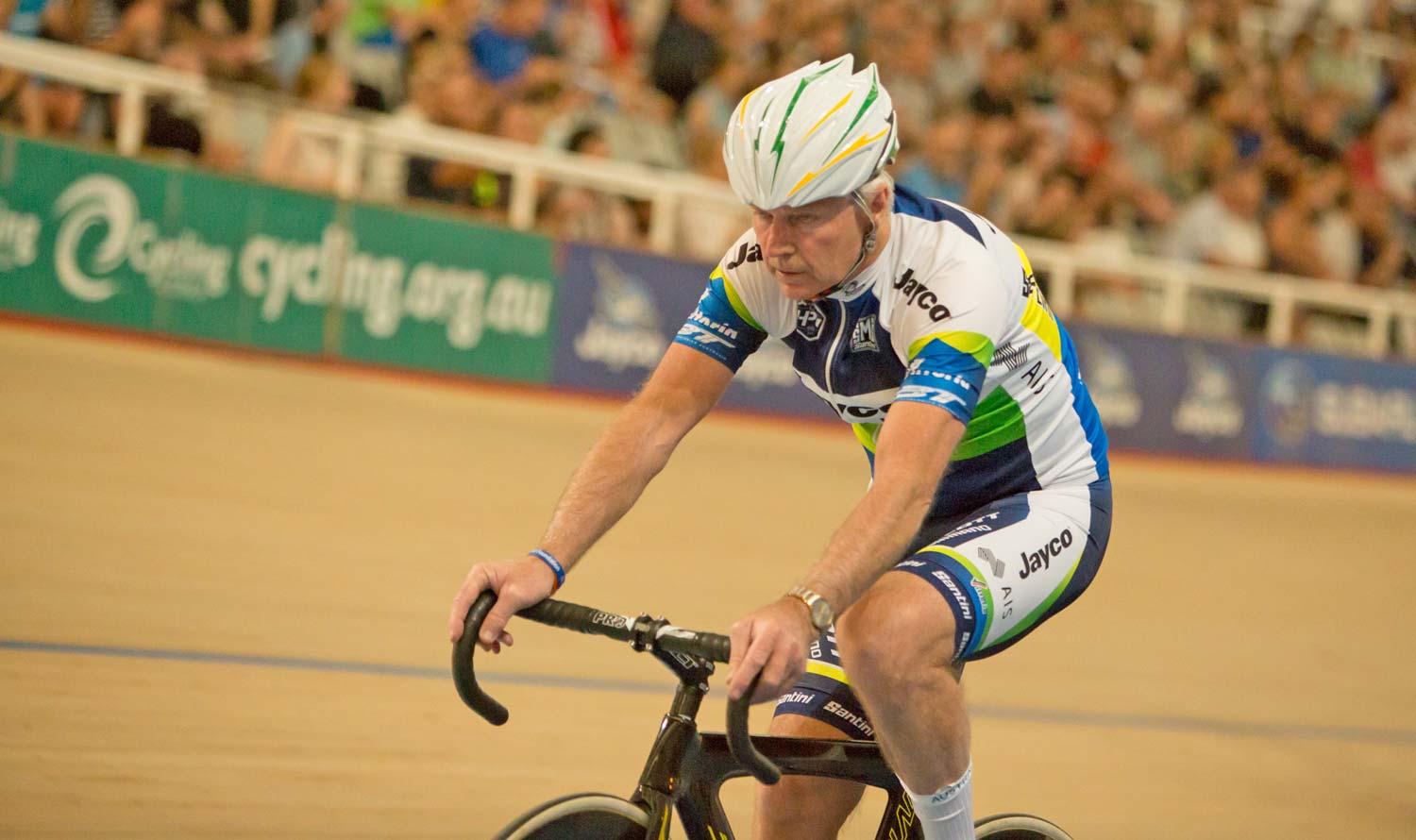 Sutton, back on the bike earlier this year when he was part of a special evening of racing in Adelaide in honour of Gary West…

RIDE: I’m chatting with Gary Sutton who, early this year, gave us some news: that he had to move on from the Australian federation after years as the women’s endurance track coach. But today there’s some pretty exciting news that’s coming into the cycling world. Do you want to expand a little bit on it and tell us what your future holds?

Gary Sutton: “Yeah. Things have turned around and I have to say I obviously had a lot of offers from a lot of countries. Anyway, I’ve decided to make a commitment to USA Cycling which I’m very excited about.”

Okay. So this is back to the track program and your ‘heritage’ so to speak? Or is it a multi-tiered role?

“It’s to do with the track, the women’s track endurance team over there.

“I’ve had many, many conversations with Jim Miller who I find one of the most professional people that I’ve dealt with and spoken with for quite some time. He’s been incredibly upfront and honest about honest about everything from day one.

“It’s a move to Colorado Springs… but that’s the way it is and Deb’s excited and I’m excited which is wonderful.”

I was going to get to your location in due course but you’ve brought it up early. A couple of years ago, I said you could never take The Shire Boy out of The Shire, but you moved to Adelaide for cycling. Your love of cycling is clearly stronger than your love of The Shire. How’s it going to be moving to the States? Have you ever spent time there?

“Actually, the last time I was in Colorado Springs was in 1993 and that’s when the [Australian] men’s track endurance team were training there – and they broke [the world record] and won the world championships (in Hamar, Norway, later that year).

“I was [working] with Charlie Walsh then and it was fantastic then but I would imagine it has changed a lot since 1993.

“Look, I am that excited about working with new people, new athletes… and yes, they have some wonderful athletes but there’s a lot of areas that they can improve in and I feel very confident that I can make some ‘game changers’.” 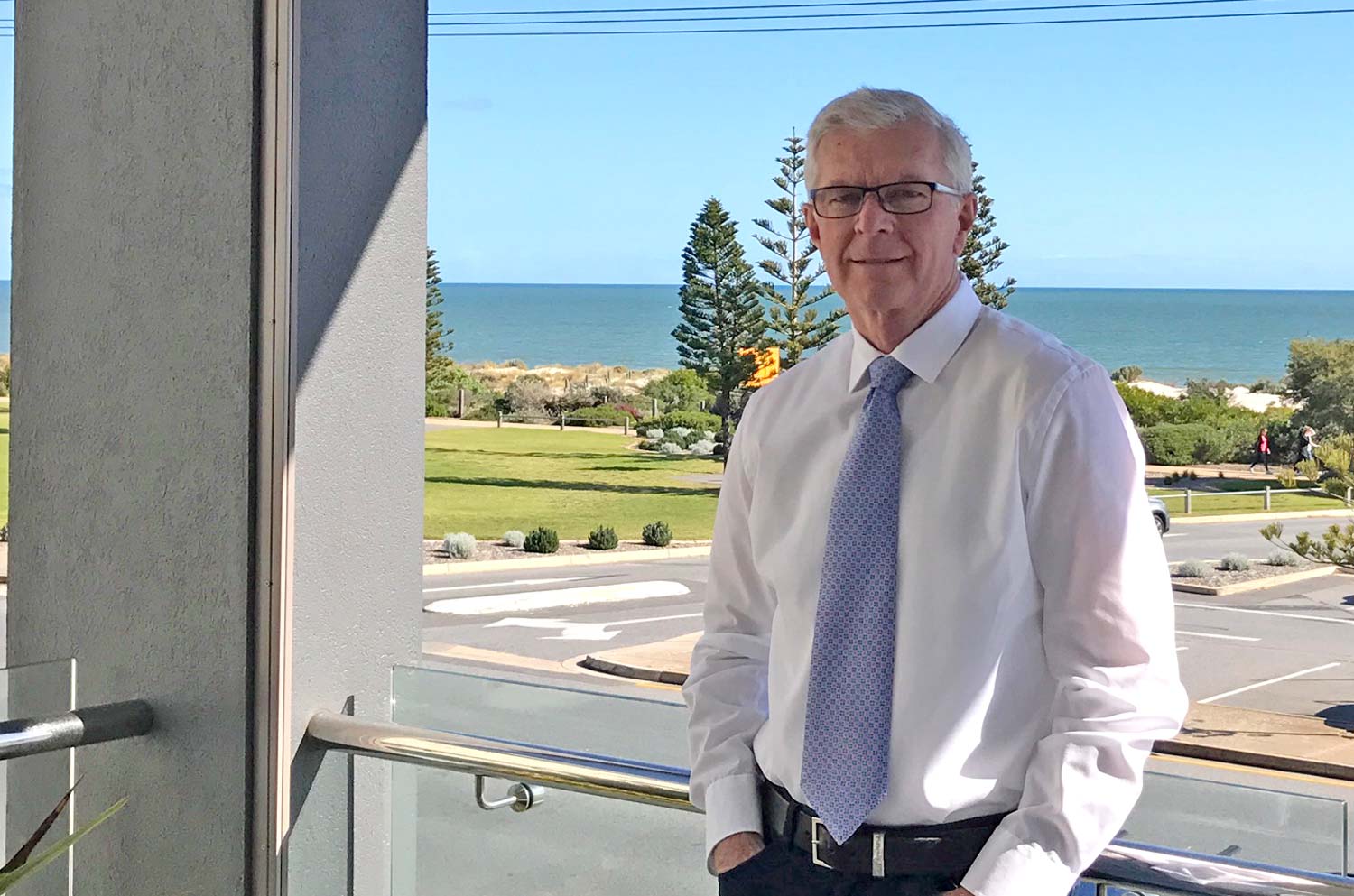 Gary Sutton at his home at West Beach, South Australia (above). He’ll soon be moving to Colorado Spring, USA.

It was sort of forced upon you. Cycling Australia, with their new initiative with Simon Jones, gave you the news earlier this year that your service was no longer required. But you’re a proud Australian. How do you think you’re going to integrate into coaching a foreign team…?

“That is a good question. And it was one I was hoping you wouldn’t ask.

“Look, you’re right: I’m Aussie through… but I’m going there to do a job and anyone that knows me, they know that I do the best I possibly can.

“Jim has put a lot of faith in me and I certainly want to deliver.

“Yes, I know they have some wonderful athletes already but it’s also about developing athletes for the future as well.”

Is this based on an Olympic cycle or is it based on just a progression for US cycling?

“It’ll go through until the Olympics, there’s no question.

“It’s fairly well open [after that]…

“I was absolutely devastated, as you know – there’s no hidden secrets there about my contract not being renewed [in Australia]… anyway, what it is is what it is.

“I’ve been given this opportunity by Jim and I’m so looking forward to meeting the staff over there and just the change.”

It’s just a bit of an intro to the concept at the moment and we’ll make sure that we check in with you once you’ve made the move and find out a little bit more about the athletes and I wish you all the best Gary. It’s a big move – it’s much further than Sydney to Adelaide – and I hope you’ve learned the language [laughs]…

“Yeah, well it’ll be interesting to see how I’m speaking in another two or three year’s time.”

Thanks for having a quick chat and I look forward to watching this space and seeing what develops.