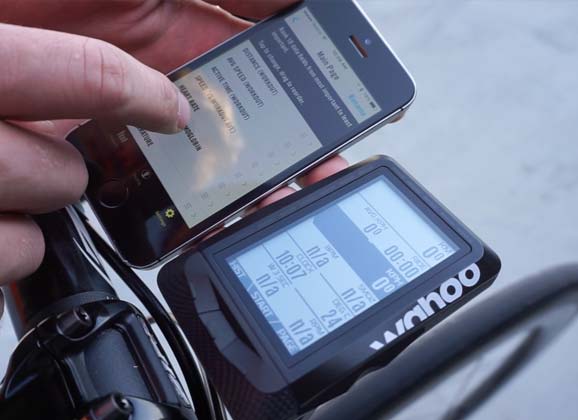 Do you remember your first mobile phone? It was considered state-of-the-art technology but the reception was iffy and it was cumbersome to carry and operate. You put up with it though because it let you do things you never thought possible and, arguably, it improved your life.

Your current GPS is like that mobile phone and the Wahoo Elemnt is an iPhone 6 (or Galaxy s7).

The Elemnt sets a new standard in GPS cycling computers for both functionality and user experience. Jack Lynch gives his impressions on Wahoo’s latest product. 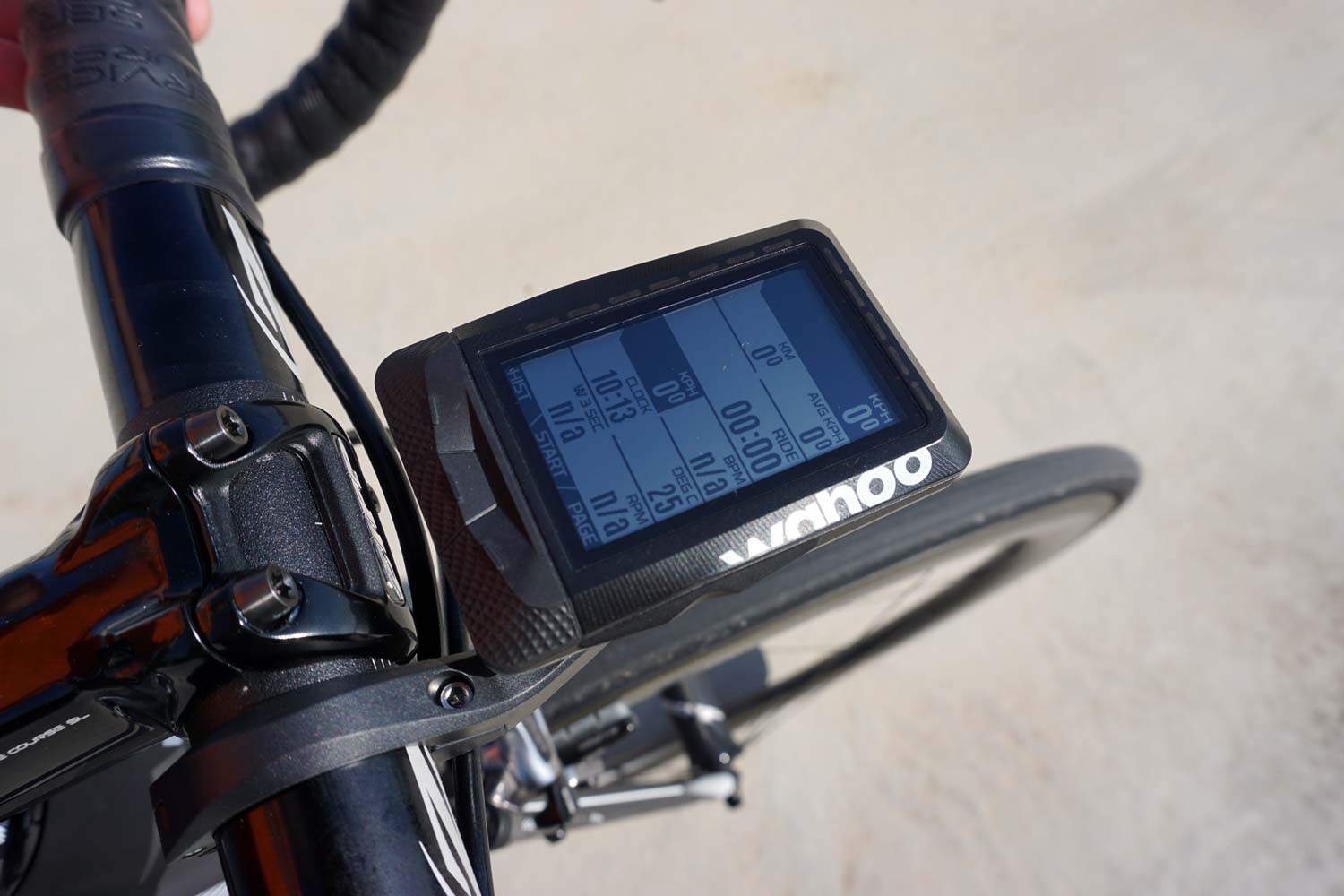 My first thought when I held the Wahoo Elemnt was, ‘Great, another big computer without a touch screen.’ I don’t get on well with buttons. In this day of tapping and swiping, there’s something so frustratingly tactile about pressing something small and brittle.

“Bike computers,” I often say, “are the most annoying product I have to test.”

This first world problem is caused by clunky interfaces and often-unreliable ANT+ or Bluetooth connections. Admittedly, my aversion to computers is probably a psychosomatic issue rather than a problem with the product. Most computers I’ve tested are accurate and simply require a brief look at the user manual and some time to get used the operating system.

When told the Wahoo Elemnt was able to be set-up on a smartphone (in my case an iPhone 5s), I was thrilled. There would be no button mashing as I inserted my height or weight, and no accidental flicking through the menu after pressing the wrong switch.

The set up process is so very simple: download the Elemnt companion app, turn on the Elemnt, open the app and then scan the QR code on the computer’s screen.

After following these steps, I did a mental fist-pump and thought, ‘Wow, it actually works as I was told!’

And that response was before I even started to operate the Elemnt. 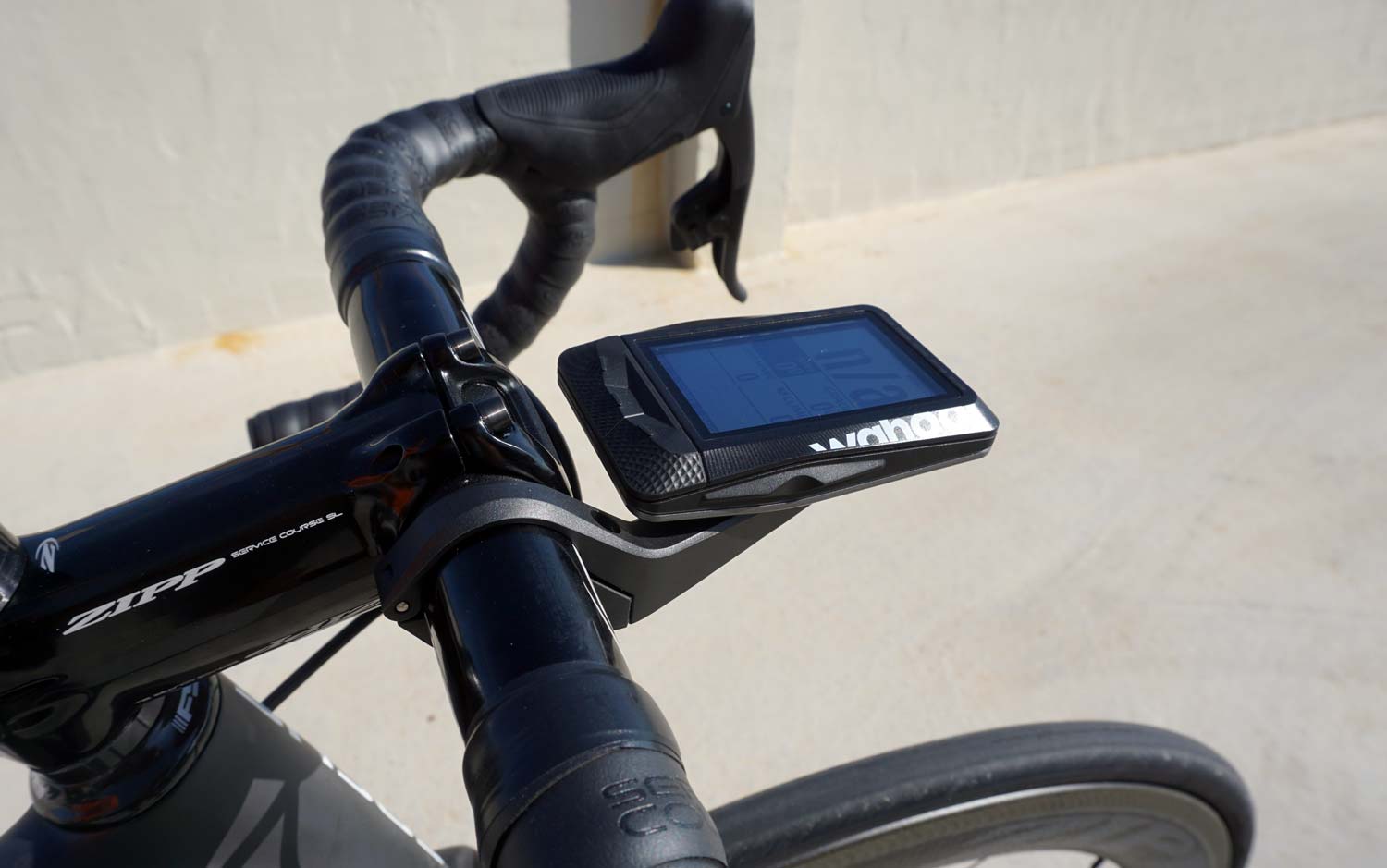 I set up my user profile with ease before flicking to the ‘settings’ tab in the app. Here, I could choose each data field I want to display (10 fields per page) and activate as many pages as I could ever need on the computer.

Did someone say ‘data fields’? Wahoo’s Elemnt has close to 100 different options for those who love the numbers. (I lost count several times…)

There all the old favourites like speed, ride time and distance, as well as every power iteration I have ever seen. For the scientists in the bunch, the Elemnt can also measure haemoglobin levels whilst riding!

Once all data fields are selected, I had to swipe them into preferential order (1-10) and watch the Elemnt as the display instantaneously changed with my commands.

The reason the order is important is because the Elemnt can zoom in an out on a page, eliminating a line of data which each press of a button. This would come in handy on the bike but made for some difficult choices during the set-up stage.

Once the set-up was complete, it was time to ride.

My heart rate strap (Wahoo Tickr – by coincidence) was found immediately as was my Stages power meter.

GPS satellites were instantaneously located and the signal has been strong for every ride so far.

My phone has paired with the Wahoo easily every time and – for better or worse – I get text and call notifications on the Elemnt as I ride. These can be easily turned off but I found them pretty useful.

After initial set-up, I received a notification along the lines of: ‘Set-up complete. You don’t have to ride with your phone for the Elemnt to function.’ Brilliant, I am not shackled to my bike computer by the black mirror in my jersey pocket – despite how useful it can be.

There are no fancy colours or loud alerts on the Elemnt’s screen. It’s a plain monochromatic screen with a backlight that is readable in the early morning or when bathed in the brightest sunshine.

I used the ‘zoom’ function a lot to get a clearer view of certain data fields like power, speed, and heart rate to great effect and so barely had to scroll through the pages during my rides. At first I thought ‘zooming’ would be a gimmick but I greatly appreciated its simplicity when in a busy bunch. 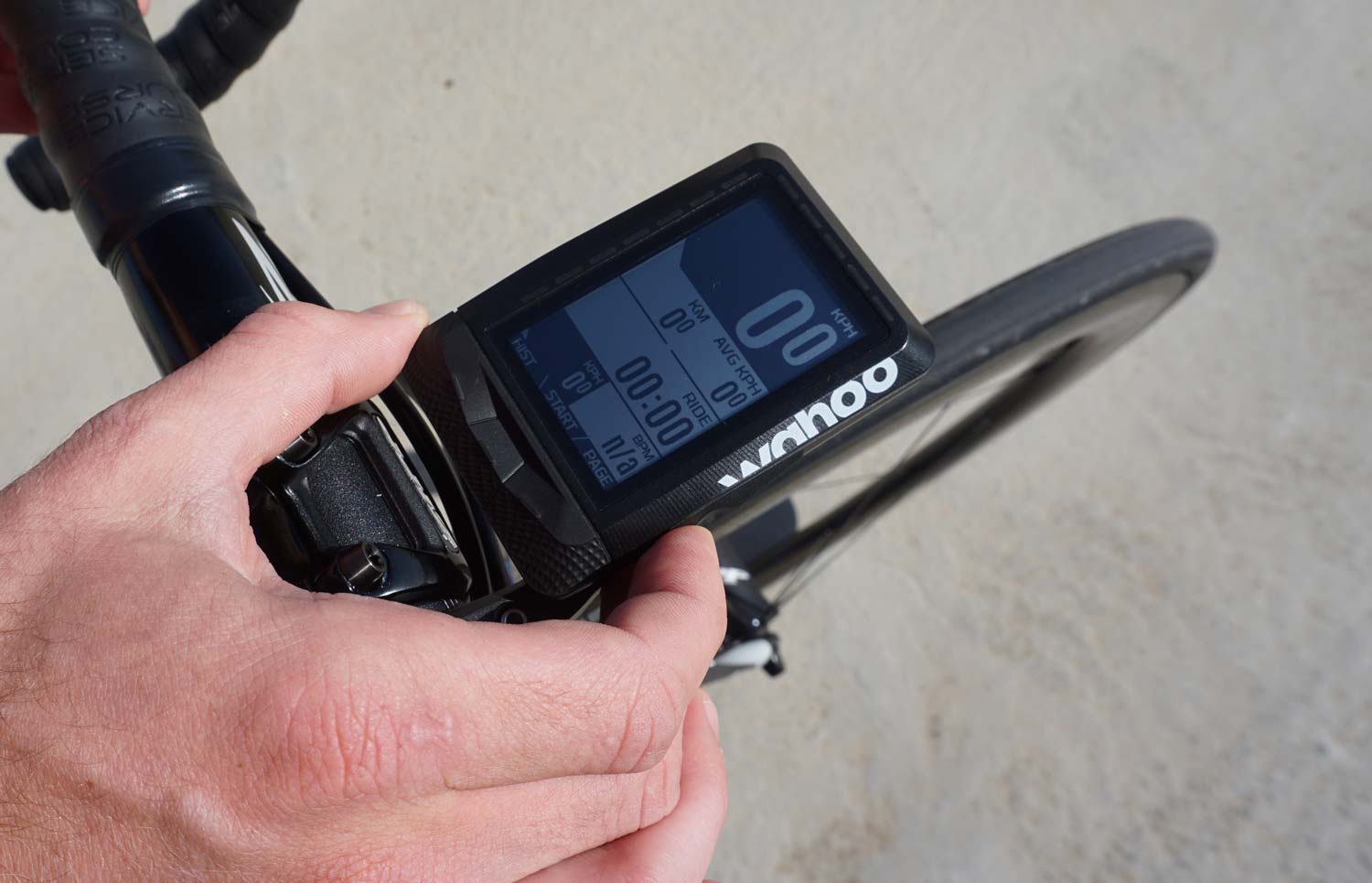 Battery life is said to be about 16 hours but it drains faster with rigorous usage. When writing this piece, my phone lit-up and told me that my Elemnt still had good battery life, but if I was considering a long ride I should charge it. That sure beats a lot of other notifications I constantly wade through! 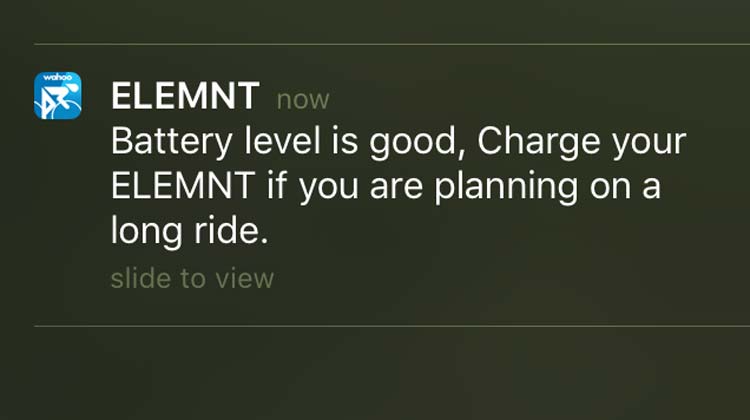 The Elemnt will be continuously updated and I hope the first thing tackled is the LED indicators on the left side of the head unit. They are a brilliant idea and have potentially to be further exploited. As it stands, the rider chooses whether these lights focus of speed, power or heart rate. Then the LEDs will illuminate different colours based on whether you’re over, under or on the average of these categories.

I would like to be able to program in my ‘base light’ for the lights to work around. For example, if focussing on power I might light the central LED to be set to threshold so I can glance at the computer to see if I’m above or below this figure. On a metropolitan ride, ‘averages’ on important data is often a long way under the ‘actual average’ as it is lessened by traffic lights or other factors. Using the lights to keep an eye on the power zones could also be handy on those dark morning rides. 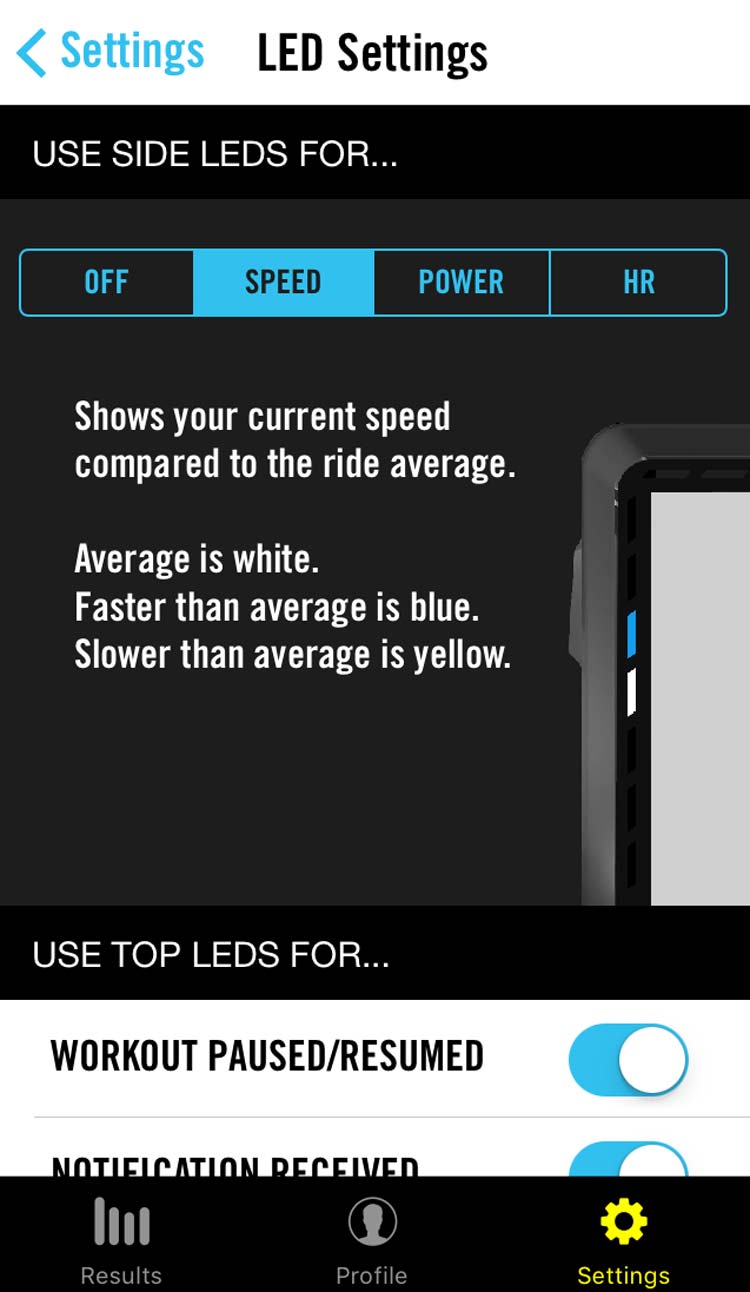 I have not yet had the chance to use the ‘live tracking’ function but I suspect that this will come into its own as more cyclists buy Wahoo computers. It might be particularly helpful if you’re riding in a granfondo and want to see how far in front – or behind – someone you are. It could be utilised to check if the perennially late member of the bunch (who is also the most charismatic) is still asleep or has just taken a while to find their shoes that morning. 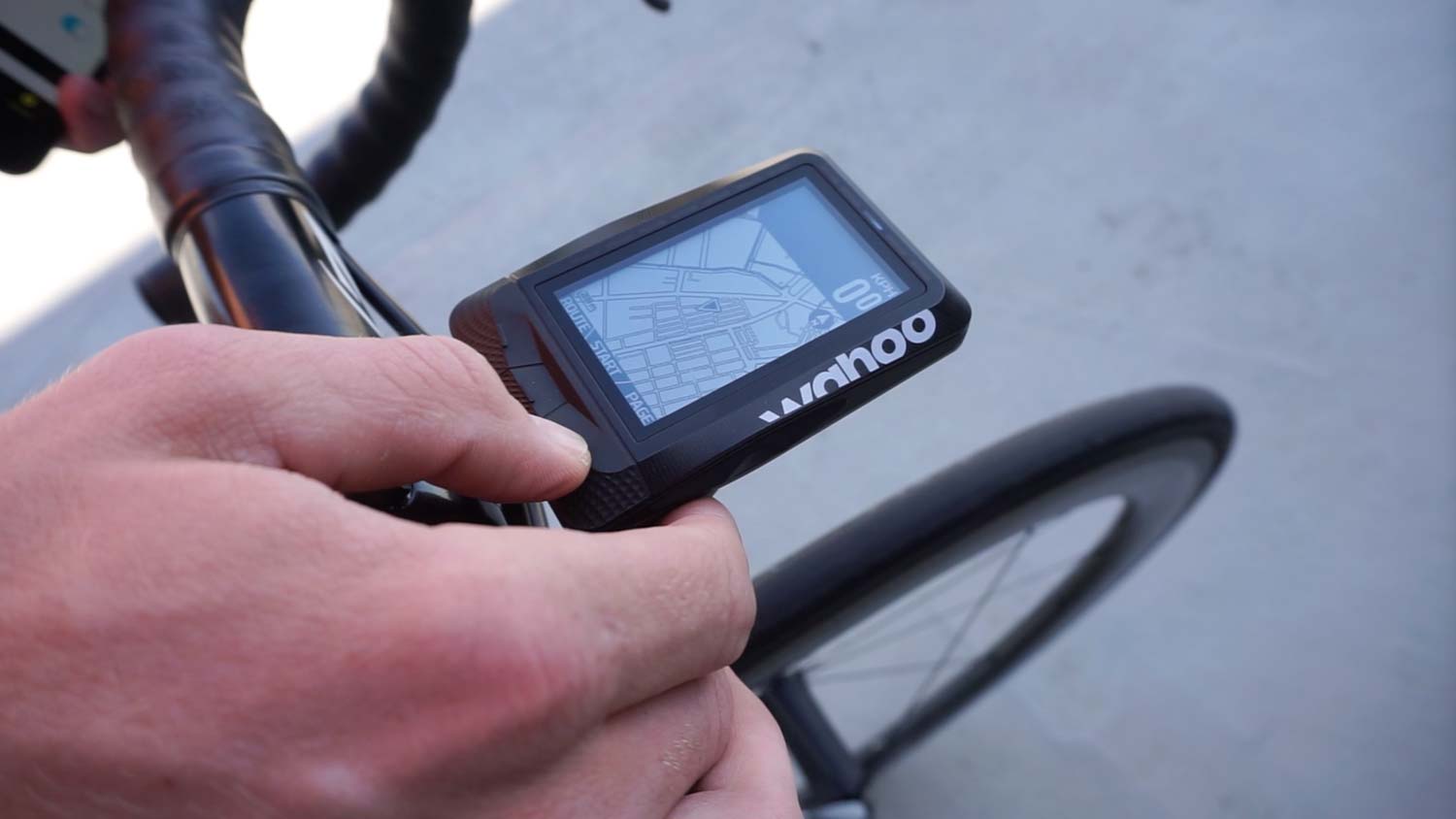 The Wahoo Elemnt is better than what I had ever imagined. To ‘sell’ the computer, Wahoo has had to put a lot of information on its website about its latest product and it’s a little overwhelming. I am so utterly impressed with Wahoo’s latest invention that I am going to upgrade from my old ‘perfectly fine’ Nokia 3310-esque cycling computer and cast it aside, along with all of the mounts and software that goes with it.

I never would have thought I would find a computer with buttons so intuitive – I considered them a thing of the past. Wahoo has used all the best parts of modern technology to simplify the user’s experience when handling complex equipment. The Elemnt is in its infancy but is reliable, easy to use, and only going to get better!