WestCycle responds to Cycling Australia action in relation to AusCycling

For over a year, there has been movement in relation to the administration of cycle sport in Australia. Much has been reported on the AusCycling proposal and today WestCycle has issued a statement, raising concerns about the process.

“Cycling Australia’s continued lack of engagement with members collaboratively is reflective of how the AusCycling process has been managed over the last two years,” says WestCycle CEO Matt Fulton, “and will likely continue to be managed into the future.”

WestCycle has advised members of the course of action it will be taking and there has been correspondence with Cycling Australia about issues relating to a general meeting scheduled for Saturday 19 September.

– Below is the release from WestCycle. – 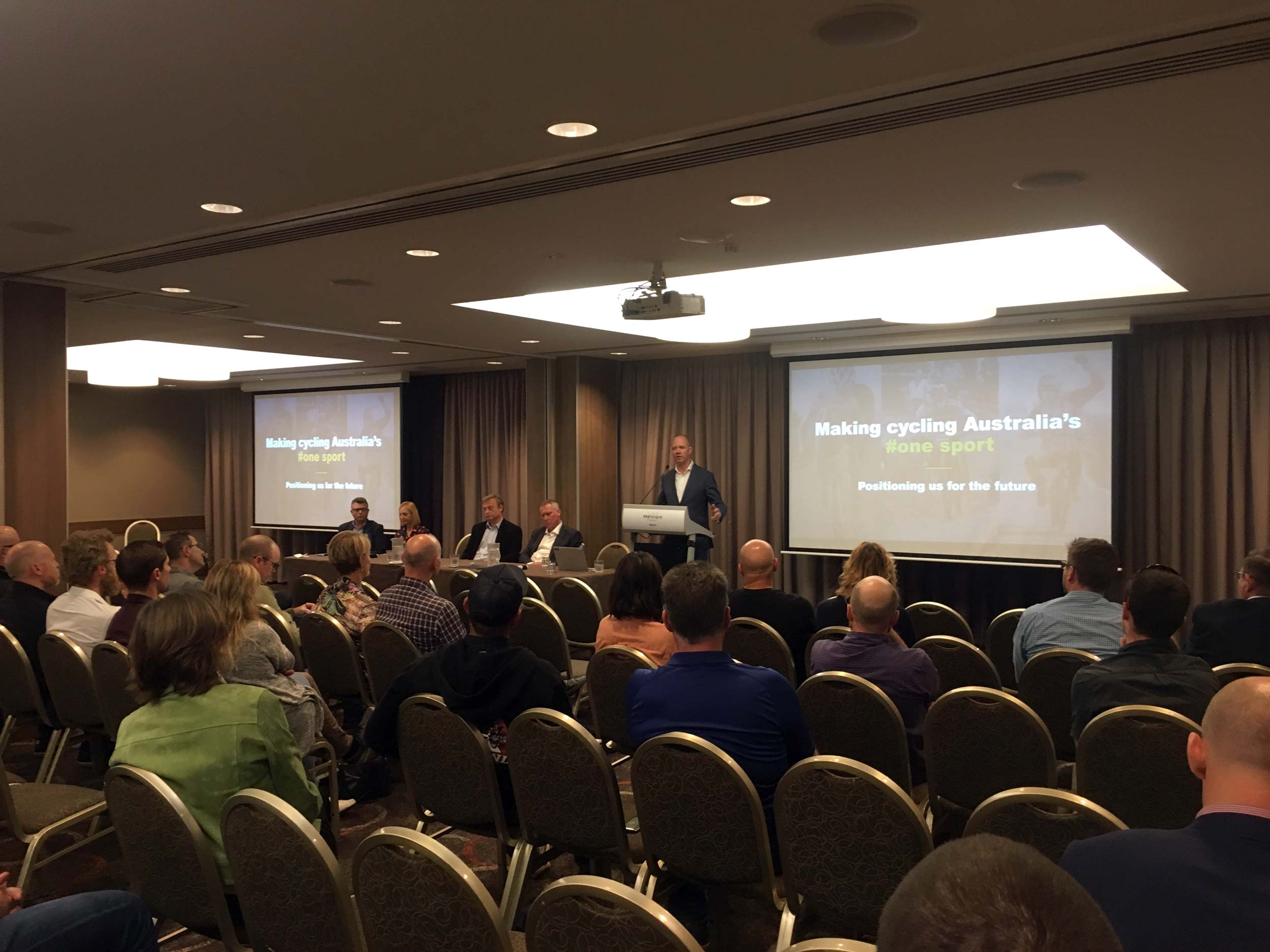 In October 2019, MTBA, BMXA, Cycling Australia and representatives of Sport Australia toured Australia with a ‘roadshow’ outlining the AusCycling proposal. Duncan Murray, chairman of CA, speaks to the audience in Perth (above).

In summary the issues with their notice include:

Cycling Australia must now cancel the General Meeting scheduled for Saturday, September 19th 2020, address the deficiencies in the notice and re-engage with WestCycle in a meaningful way in order to continue the discussions relating to AusCycling.

“The latest financial modelling provided was compiled in October 2019, using assumptions as far back as 2017. Since that time the economy has significantly changed, as have the financial positions of many organisations involved, to request a decision of such significance is made based on this information is one that no sensible or well governed organisation would make in any industry.”

“Given AusCycling goes live in less than a month, it is incumbent on Cycling Australia to provide the required information for an appropriate process of evaluation to be conducted prior to a vote being held. This information must include details such as the most current constitution, updated financial modelling, membership fees; event fees and charges, club affiliations fees; management structures and transition plans.”