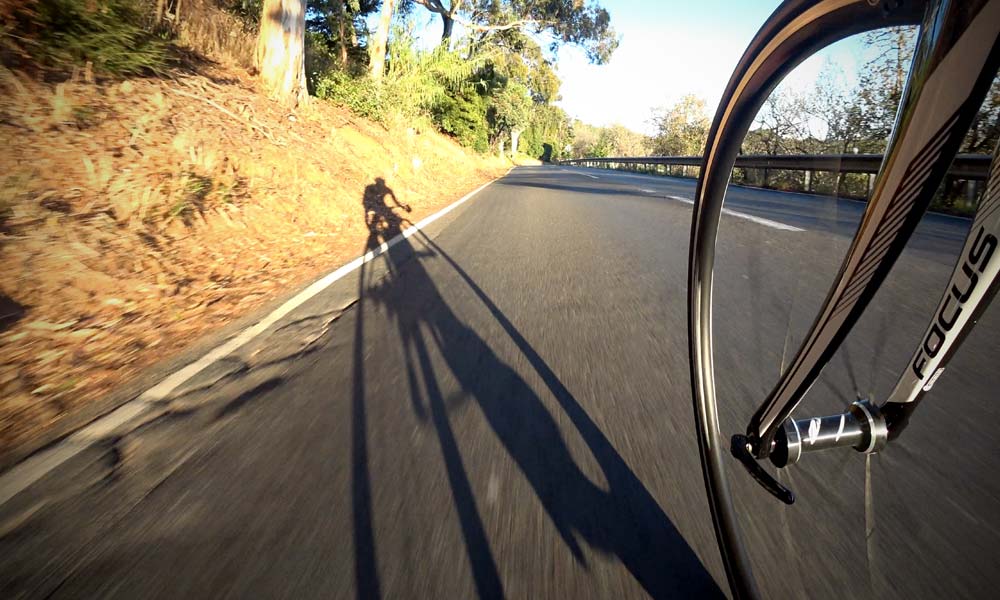 Details of an ‘Australian Cycling Team’ were unveiled today. It is a funding model dominated by the quest for Olympic success and so we ask (again): is that really the appropriate approach for the sport’s administrators?

Everyone approaches cycling for different reasons. Some like to race. Others ride to work or for pleasure or for exercise or to spend time with friends. There’s a range of options: road, trail, track and more.

These days you can do it outdoors or indoors – you can go places, or ride on the spot while following an avatar on a screen.

Not everyone rides a bike, some just like to watch.

Cycling is prospering in Australia and there are many reasons why.

The government has policies in place that are aimed at encouraging participation in sport and various agencies have been charged with the task of inspiring people to have active, healthy lifestyles.

Cycling can be sport, or it can be transport; it can be exercise or entertainment. It is something many come to and rarely leave behind. It is an activity that comes in many guises and it means different things to different people.

‘Australian Cycling Team’ is the new name for what had been called Cycling Australia’s High Performance Unit.

On a sporting level, cycling is managed by an organisation that’s undergoing significant change in 2018. There is a new CEO at Cycling Australia and a new manager of what, until today, had been known as the “CA High Performance Unit”.

Former national road race champion, Steve Drake, is Cycling Australia’s new CEO. He came to the role a couple of weeks ago and is working on initiatives for the governance of cycling. His vision includes greater grassroots participation, strong encouragement for children, and better services for the membership. He’s optimistic about the future but recognises that he has to work within the confines of a system that has considerable baggage.

Simon Jones is the (relatively) new manager of the HPU which has been rebranded into what will now be called the Australian Cycling Team. This is an initiative of the Brit who has been contracted to Cycling Australia for almost a year.

The objective of the Australian Cycling Team is spelled out on the new homepage.

“To inspire. To pursue excellence.”

These are noble concepts and Jones’ vision is mapped out in detail.

Through various means, the team receives funding to inspire people to ride bikes – but it doesn’t seem to be considering the bigger picture of what cycling really is.

It’s an approach driven by a response to an outdated funding mechanism, one that fails to incorporate all the elements of the larger cycling community. There is the usual, unashamed prioritisation of one discipline over others with track cycling dominating the composition of the team at the expense of road, BMX and certainly MTB.

As we’ve come to expect, there is a focus on the Olympic Games and this too is explained on the homepage.

“The 55-strong group of Olympic and Paralympic cycling discipline athletes will receive program support for Track and Para, and Individual Athlete Performance Support for Road and BMX, forming the core group from which CA launches its Tokyo 2020 campaign.”

After Tokyo, we can assume, the vision for the Australian Cycling Team will extend to Paris in 2024. Going on how things have been in terms of sports funding in this country since the early-1980s, we can safely assume that the obsession with the Olympics will extend to Los Angeles in 2028…

The Olympics, we are constantly reminded, offer inspiration. The Games are a showcase of sport. They provide some with the platform to prove that they have pursued excellence… and, if all goes right, achieved excellence.

For many of us, the Games provide a catalyst for conversation and a chance to watch a fortnight of competition once every four years. Sometimes we cheer, sometimes we cringe; and inevitably we tune in and follow what’s going on. But there’s much more to our sport than the Olympics and the quest for gold medals.

When will the government finally recognise this and draft policies that actually match funding to participation rates? Why won’t the Australian Sports Commission at least consider a fresh approach to how sport should be managed?

How will cycling – and a range of other sports that are heavily subsidised by the ASC – ever prosper into the future if they continue to prop up elite competition at the expense of the encouragement for grassroots participation? 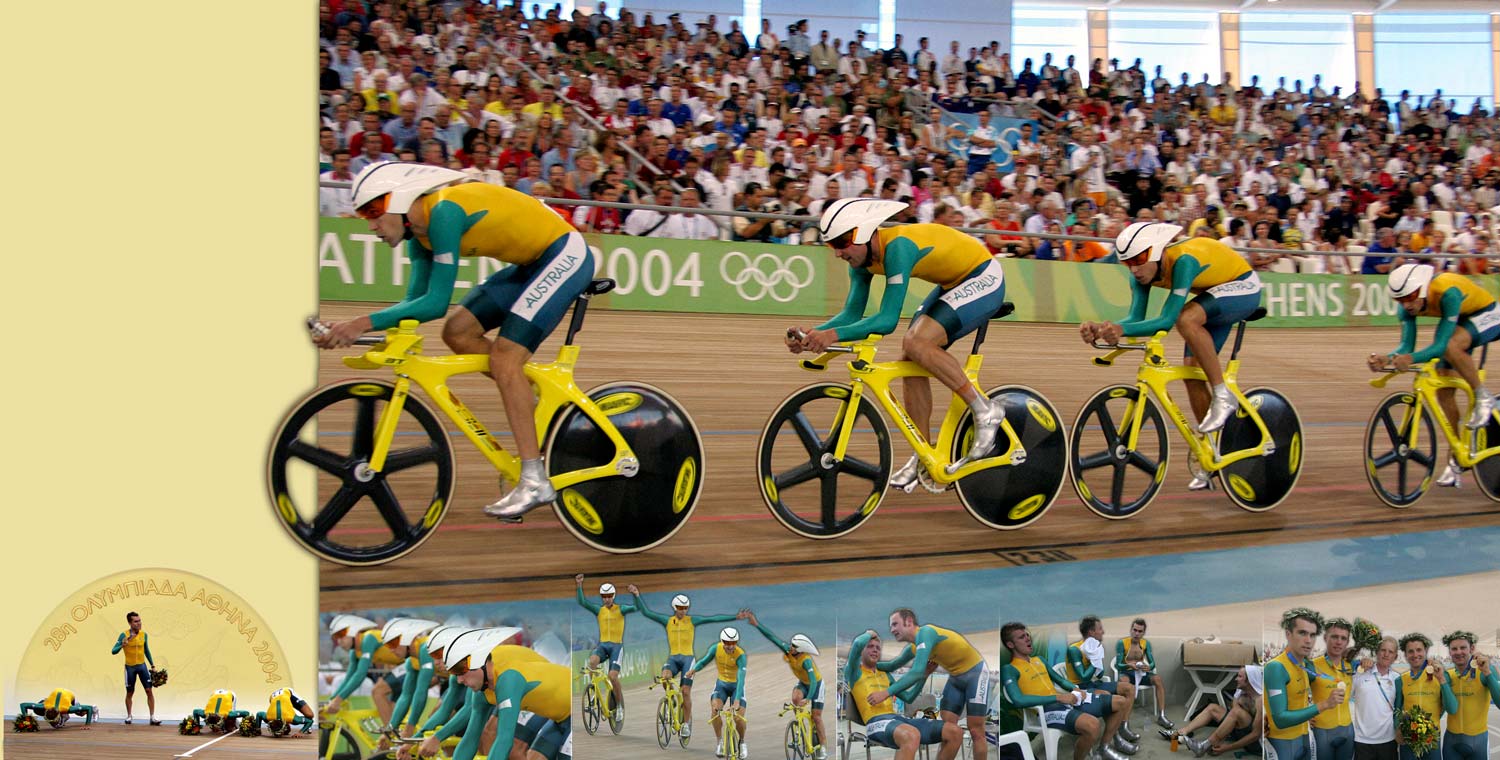 The 2004 Olympics (above): a halcyon time for Australian cycling – six gold medals won… but there was little change in membership numbers at Cycling Australia.

What really inspires people to ride?

There is a quadrennial cycle that kowtows to the concept that “goals” and “dreams” are based around Olympic success.

It may be for an elite few but, as we’ve been asking for some time now, should the Olympics continue to be the focus of government spending on sport?

What never seems to be asked is: what really inspires people to ride a bike?

Surely there’s more to it.

Turning elite success into an uptake of cycling

If we consider the cycling events that capture the hearts and minds of Australians, the Olympics are part of the equation. When the Games are on many tune in. Similarly, there are other events that prompt people to watch.

If there was one event, however, that truly inspired people in Australia to ride bikes it was the Tour de France of 2011. More than any other conquest, the victory by Cadel Evans provided a catalyst for Australians to consider cycling.

Once the TV is turned off (or the livestream is finished, or the highlights package ends), some will visit a bike shop or delve into the shed and start riding. Others will keep on doing as they’ve done since they took up cycling in the first place and they’ll continue riding.

Cycling means a lot to me. I ride for many reasons. It’s an emotional and physical release. It allows me to unwind while working out. It takes me places and allows me to see the world from a different angle. It gets me out of the house and gives me the chance to go places I otherwise may have ignored.

Cycling gives me a chance to be competitive when I want and challenges me to try and improve on what’s been done before.

For me, there are many forces that all combine to make the act of riding a bike something special.

I’ve taken inspiration from the Olympics and from the Tour but also from numerous other things I’ve experienced in cycling over the years. I’ve seen amazing things from the saddle of a bike and travelled the world because of cycling.

I strive to ride as often as I can and the reasons for my obsession change from day to day, month to month, year to year.

I’ve used cycling to commute, compete, and to help me feel part of a community.

Cycling has provided me many highlights for over 40 years and for all the good in my life that’s come about because of the bike nothing is more satisfying than the time spent riding with my children.

Right now, watching my kids as they progress on the road, trails and track is more inspirational than any Olympic medal will ever be. They too have their reasons to ride. One day they may race, perhaps they’ll even win. And if that happens I’ll be proud as Punch. For now they ride, quite simply, because they like it.

“Excellence” is relative and we all strive to pursue it as it relates to us.

An inspired day on the bike could come from a good commute, when every traffic light is green, motorists are encouraging, and you arrive at work satisfied by the effort. It could be that perfect team pursuit, when the speed is high, every change is flawless, and you finish ahead of your rivals. It could be a moment on the slopes of the Col du Galibier when it becomes apparent that years of toil have been worthwhile because a yellow jersey awaits… It could be that day riding off-road when everything flows, your wheels skim over rocks as though they are rails, you land a jump on a sweet spot, and reach the end of trail following the wheel of a seven-year-old who can’t wipe the smile off his face.

An inspired moment in time for cycling, however, would be when government investment actually translates to a greater uptake of bike riding. That would be good for the industry, good for the race scene, good for our towns and cities, good for our health system… good for society!

What is cycling for you? Why do you do it? And what inspires you to ride your bike?

There’s never one answer as it’s an ever-evolving process.

If you build a strong foundation the rest will follow. To increase the membership, the federation must cater to all cyclists and create a platform for excellence that is inclusive rather than exclusive.

If one form of cycling takes precedence over another just because there are more Olympic medals on offer, it creates animosity and destroys the cohesion that could come from having the common goal of getting more people on bikes.