What next for Australian cycling? Hindley’s victory, a win for Wollongong 2022

Australian sport fans, we have a champion of the Giro d’Italia! And the other good news? There’s a lot more cycling yet to come in this country in 2022! The world championships will be in Wollongong this September. Can Jai Hindley take inspiration from his win in Italy and add a rainbow jersey to his wardrobe?

The moral of Jai Hindley’s Giro triumph? Don’t let past disappointments demoralise you. Jai Hindley overcame the setbacks of seasons past to claim a historic victory in the Giro d’Italia overnight. The 26-year-old is the first Australian winner of the Italian Grand Tour and although his job demands that he lives in Europe, he will surely be looking at flights back home later in the year when Wollongong is set to host the world championships (18-25 September 2022).

It might be the middle of footy season but cycling has come of age in Australia over the weekend thanks to a conquest that will even have the editors at mainstream media outlets paying attention to bike racing.

Cycling fans have known it for a long time; a bike race is a beautiful thing to watch. Alas, it doesn’t always translate to an abundance of coverage in Australia. Despite the depth of talent that emerges from this country, our sport is often overlooked until something major forces cycling into the headlines. That has happened these past few days and it will be difficult for anyone to ignore the reality of Hindley’s huge accomplishment. 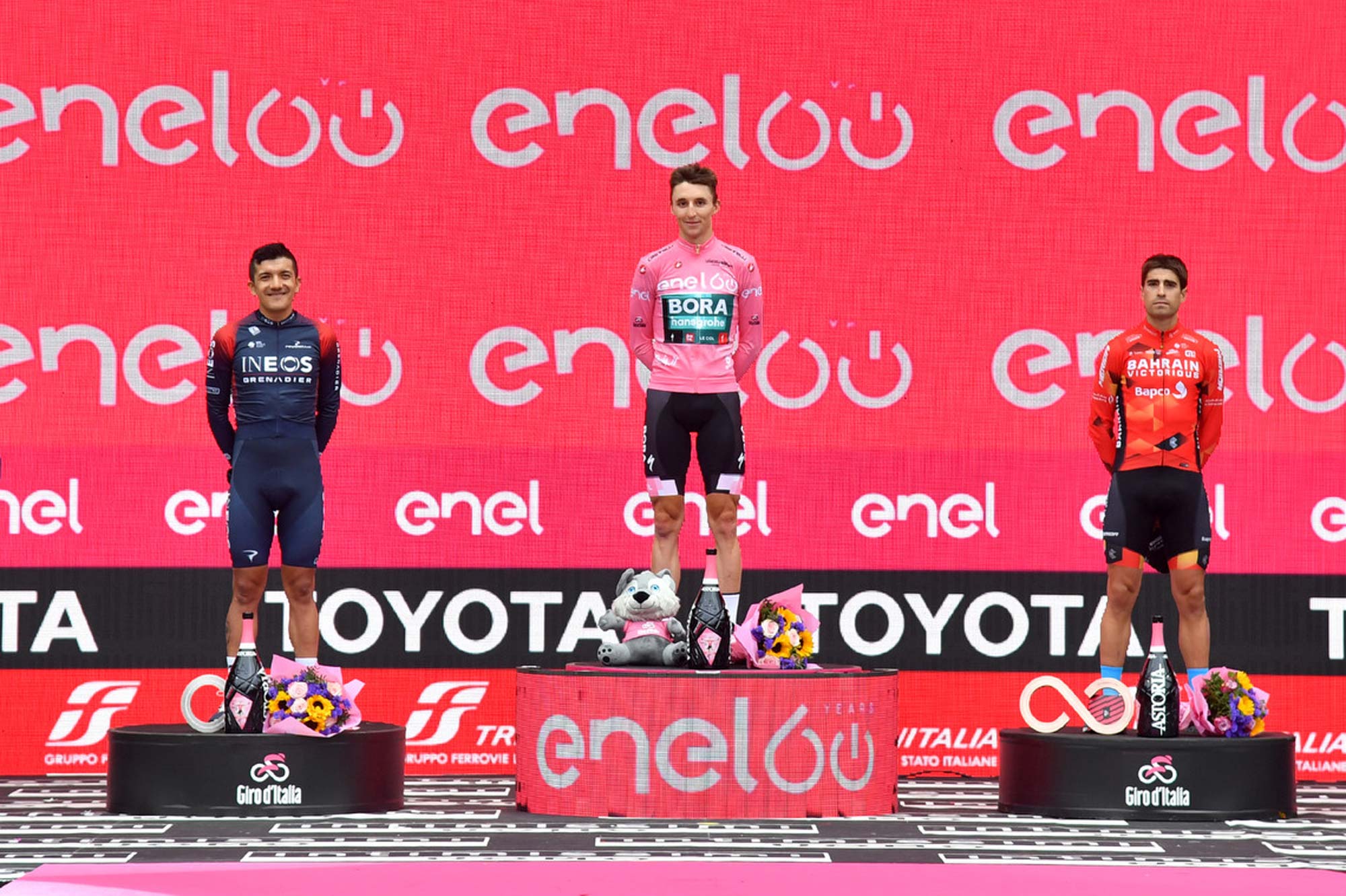 The winner of the Giro d’Italia is not expected to contest the Tour de France this year. That plan was made months ago by his Bora-Hansgrohe team. Hindley would contest the Giro, while Aleksandr Vlasov is expected to be the leader of the German-registered team for Le Tour (1-24 July 2022).

This doesn’t mean that Hindley will now switch off and go on holiday. For the pro cyclist, there’s always another race to come. And based on what he has done in recent days, it is logical for the Giro champion to now set his sights on the road race in Wollongong on the final day of the 2022 world championships. 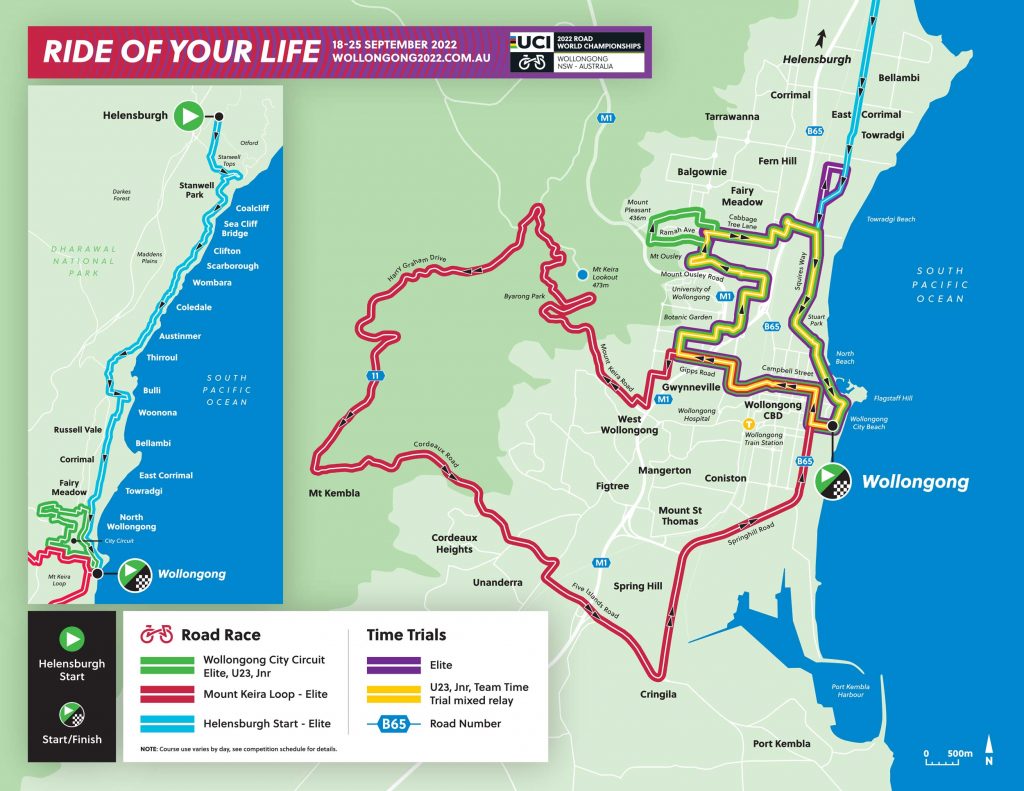 The 266.9km course for the final event of #Wollongong2022 boasts a range of features: from the Sea Cliff Bridge that will come at the beginning of the elite men’s and women’s road races, to the ascent of Mount Keira once the peloton reaches Wollongong, and then the closing laps up Mount Pleasant, there are myriad vantage points for fans. The itinerary is a complicated one that will have national teams thinking hard about their selection but, with almost 4,000 metres of elevation gain for the elite men’s event, it’s a race that suits the strengths of Hindley… and a few other Aussies who are going to relish racing for a rainbow jersey on home soil.

Now is the time to make your holiday plans if you want to see some world-class cycling action. The championships in Wollongong begin in 111 days.

The build-up to the worlds of 2022 has been relatively quiet; initially there was doubt about the race even going ahead – the pandemic has taken a toll on major events for several years – but travel has opened up again and there will be racing in Wollongong late this September.

The torrential rain in NSW in recent months has also thrown preparation plans into disarray but Wollongong is committed to hosting the championships and work is ongoing to ensure the roads that have been damaged by the downfalls will soon be ready for racing.

The final weekend of action of the 2022 worlds will coincide with the AFL Grand Final (24 September) but that has happened before, when Australia hosted the world championships in 2010, and we know that two major events coinciding on the same day doesn’t steal any of the atmosphere that cycling of this standard can conjure. 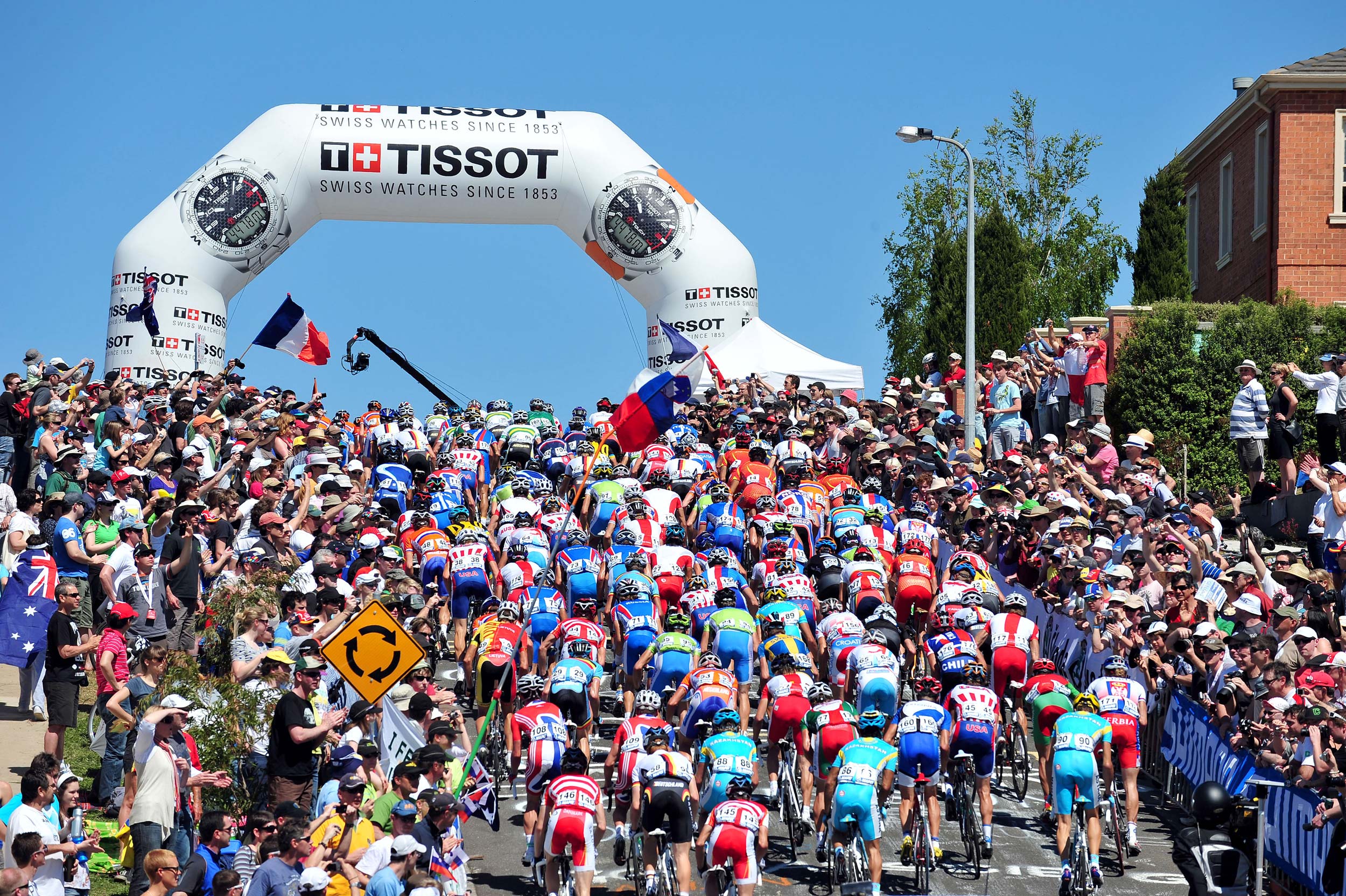 It was a carnival atmosphere when Geelong hosted the world championships in 2010, and it will be the same again in Wollongong 2022. (Photo: Jeff Crow)

It was a party on that first weekend of October in Geelong back in 2010 and Australian sport fans will be out in force on the roadside, cheering all riders as they contest the 11 medal events in Wollongong.

Now is the time for cycling to prosper in Australia. The worlds are coming. We have a champion rider generating headlines with a stunning victory in Italy. And there is a growing legion of fans of this wonderful thing called cycling who will soon get a chance to see the best in the world compete on our shores.

Events like the world championships should create a legacy. They don’t happen in Australia terribly often, but the scene is set to make bike racing a headline act, even when other sports are sure to be prominent.

Come on Australia, let’s get behind our champions and let’s get ready for the party that’s going to take place in Wollongong later this year. Let’s make sure that Hindley et al get the support they need when they’re racing for rainbow jerseys over here in what was once an antipodean nation in the cycling world.

Cycling is something everyone can enjoy. You might find it hard to get tickets to the Grand Final but you will be able to watch the racing in Wollongong for free somewhere on the roadside.

Let’s show the world how we love our sport and that we appreciate fine athletic performances.

Let’s make sure that there is a legacy from the world championships of 2022. Let’s cheer our cyclists and let’s ride our bikes at every opportunity. Let’s make cycling all it can be in this country, because it’s something beautiful that everyone can enjoy.