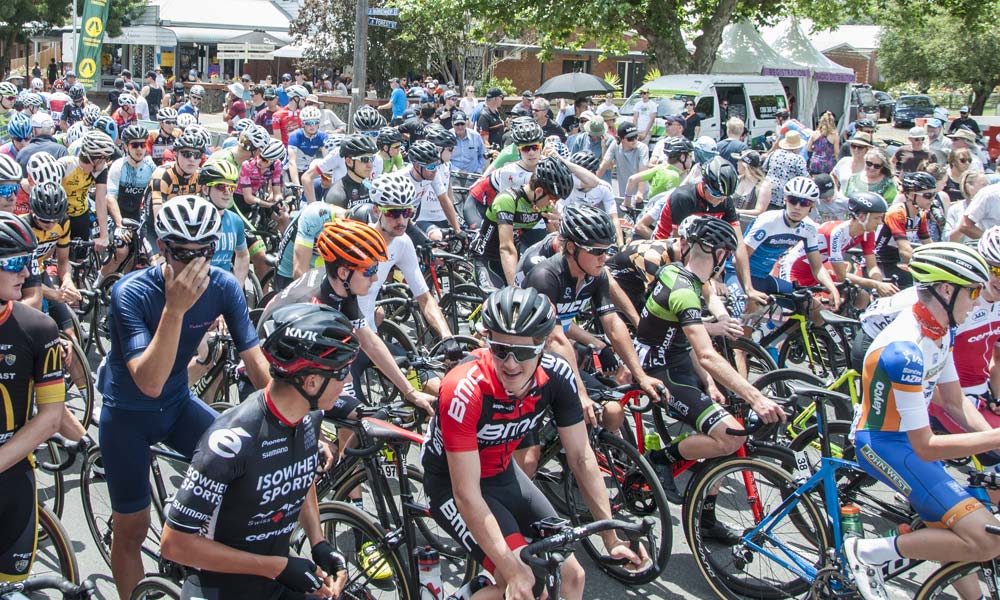 What’s next for the NRS? A rider’s perspective

The formal NRS review dragged on for many months. Last week Cycling Australia began to release information about its future. After digesting the information a rider with the GPM-Stulz team, Harrison Bailey, decided to offer his appraisal…

It has been years in the making, but for the time taken and all the deliberation associated with this review, does the recent announcement about the National Road Series (NRS) by Cycling Australia (CA) really have the answers and solutions to fix a decaying series? This very question may come across as pessimistic but I don’t think the so-called “transformation” solves anything.

For something that has been so long in the making, you would expect that plans for an improved series would be far more advanced than what has been presented.

From what I’ve read, it’s little more than a collection of optimistic ideas with no real backing or plan on how to implement them. There are, admittedly, a number of alterations to rules but also “incentives” that I feel will only create a larger amount of disparity between teams that are contesting the series.

My first gripe with this recent announcement is the absence of the most prestigious one-day race in Australia, the Melbourne to Warrnambool – ‘The Warnie’. This is a Classic that has been run for over a century and yet it will not feature on the NRS calendar of 2018.

The reasoning behind this is that the government can only sponsor this event for one financial year and the plan, apparently, is to move the race from its slot in October to to a date early 2019.

The thinking behind this proposed move is solid but the recent history of the NRS cannot be ignored; races have disappeared from the calendar and although the aim was that they’d make a return, it’s yet to happen. Consider the Tour of Murray, Tour of Toowoomba, Tour of Adelaide, Tour of Perth, Goulburn to Camden and more – they have all fizzled out and we’ve not seen them again.

Considering this record, a logical question to emerges is: will The Warnie is also at risk of not returning.

I do hope The Warnie goes ahead but the move to early 2019 has me scratching my head.

The NRS administrators at Cycling Australia plan to have all the one-day races at the same time of year. Now, if my memory serves me correctly, the one-day races were all at the same time of year up until 2015 with the Grafton to Inverell and Melbourne to Warrnambool both contested in spring. Before it disappeared from the calendar the Goulburn to Camden was held only a few weeks earlier.

Now, it seems like quite a lot of effort – and government money spent – to have a review and yet the outcome of it all has essentially landed the NRS right back where it started. 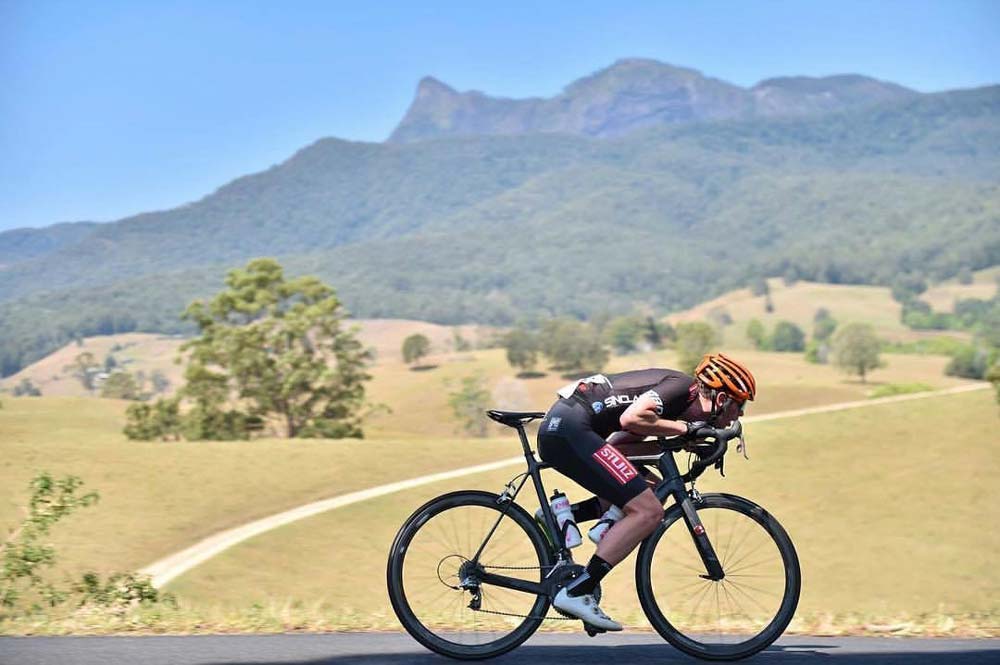 Harrison Bailey (above) has been racing the NRS for several years. He picked up a stage win at the recent Tour of Tasmania.

One obvious option for consideration of how the series could be improved is to incentivise elements of the NRS. I am both for and against this idea: the first four teams in the series rankings being given a place in UCI races is a great idea – in practice. But with the Jayco-Herald Sun Tour effectively being the only race in this category, it means teams have to be continental, regardless of their final ranking, in order to compete as The Sun Tour is a UCI 2.1 event – ie. it’s a race for continental teams and above. To be registered as Continental requires a reasonable budget and, for a lot of teams, it simply isn’t viable.

Effective immediately, the team that places first in the NRS is granted five places for their highest ranked riders in the UniSA team for the Santos Tour Down Under and the national team for the Cadel Evans Great Ocean Road Race. This is by no means an improvement to the series, in fact I believe it to be a massive oversight.

The idea is that the incentive of places in Australia’s WorldTour races encourages teams to lift their game and be more competitive in vying for series victory. But what does Cycling Australia think? Do they believe NRS teams aren’t concerned with winning the overall series?

The fact is IsoWhey-SwissWellness is dominant and, in its numerous guises, it has been for as long as many involved with the NRS can remember.

There have been riders from other teams who have outshone IsoWhey-SwissWellness, but the lure of the biggest domestic team tends to bring in the strongest riders; thus, the smaller teams lose their strongest rider(s). As a result, other teams struggle to create strong sustainable rosters, ones that can compete for the overall series title.

The addition of the UniSA incentive ultimately means that, if you want to ride the Tour Down Under with what is effectively an Australian composite team, you have to ride for IsoWhey-SwissWellness. With NRS roster sizes now increasing to 16, the risk is that the stronger teams become stronger and the weaker teams become weaker.

The previous “system” by which the UniSA team was selected seems a far better method; it was not biased against NRS riders and it provided equal opportunity for those who presented themselves in the best form possible come January.

The national teams previously competing at the early-season WorldTour races have been earmarked for CA’s development pathway, but this too changes for 2018. 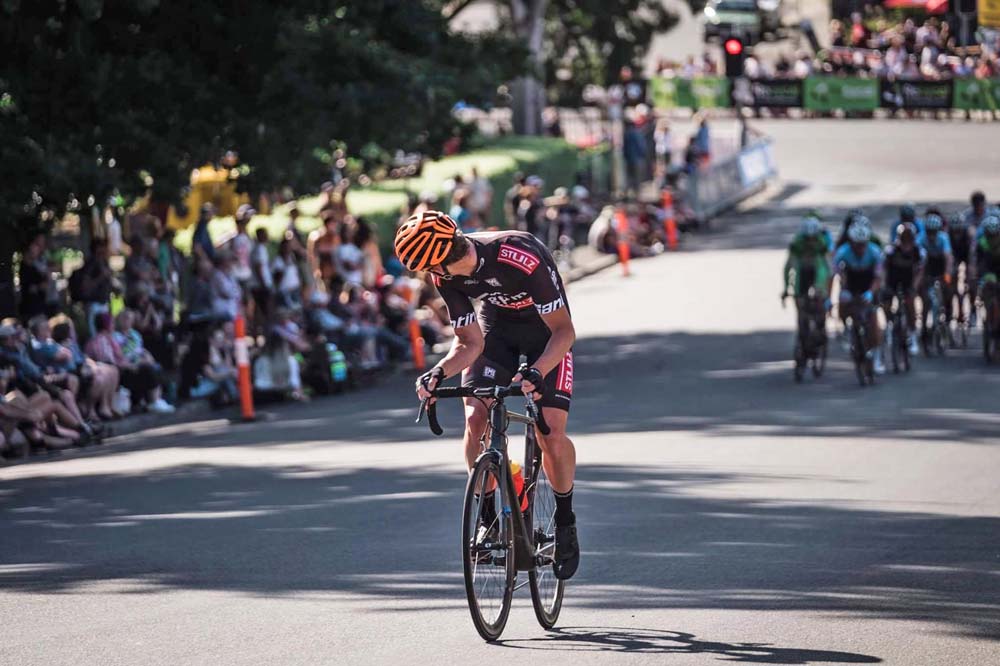 No looking back… apparently the NRS is ready to move forward in 2018.

Let’s consider the wording of the rule – ie. “Top 5 Australian men’s riders will be selected from the top NRS team to the Tour Down Under”.

Historically the majority of under-23 riders racing for UniSA at the Tour Down Under (or the United Water team of earlier editions) have gone on to sign professional contracts, some of these include Michael Rogers, Allan Davis, Simon Gerrans, Baden Cooke, Brett Lancaster, Luke Durbridge, Rohan Dennis, Jay McCarthy and Caleb Ewan…

Comparatively those outside this age group have rarely been able to progress to the highest level of the sport.

Based on the criteria mandated by Cycling Australia the five riders racing the opening round of the 2018 WorldTour as part of an Australian team would be: Michael Freiberg (27), Cameron Bayly (27), Jason Lea (21), Chris Harper (23) and Scott Sunderland (29).

There’s no denying that they are all good riders – they are, in fact, exceptional. But with due respect, the likelihood of Freiberg, Bayly or Sunderland gaining a WorldTour offer are less likely than their younger counterparts Lea, Harper and a multitude of other young rising Australian stars.

If the aim is development, then I feel the selection should be skewed to selecting younger riders, taking the top two NRS riders under the age of 24 – regardless of their team – and making the remaining five selections based on results from under-25 riders who perform well at the national championships.

Of course w all hope that the series can re-build itself. For this to happen stakeholders actually need to be involved in the progress of the series. To my knowledge teams were presented a document of the proposed changes but there was no opportunity for many to offer comment; there was minimal liason between team managers and Cycling Australia.

For the series to move forward, the decision making must be more inclusive and due consideration should be given to those with a greater working knowledge and involvement in the series.

One idea for the series would be for it to be run separate from CA’s governance; to me, this makes sense, particularly when most – if not all – events are owned or run by other entities, where CA simply facilitate the broader administration required to keep the series itself in check. The major stakeholders seem to be the teams and the events organisers, including GTR Events and QSM Sports; as a result they should have a greater control on where the series heads as they are more directly affected by its success, being the largest investors.