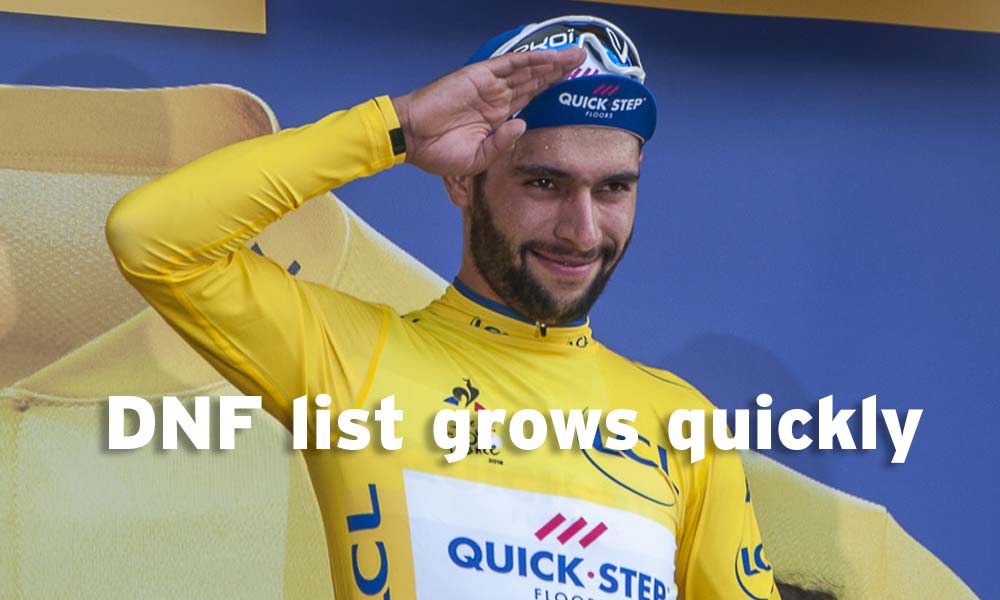 With a little more than 50km to go in stage 12, the first leader of the Tour de France, Fernando Gaviria is the latest to succumb in the Alps. He is the fourth to abandon during the stage – the eighth to stop the Tour in stages 11 and 12.

While the focus is on the GC challenge that is inevitable in the mountain stages, it’s interesting to note not just the number of withdrawals but the high profile names who are amongst the casualty list. Already in the first day of racing in the Alps, we saw Mark Cavendish, Mark Renshaw and Marcel Kittel finish outside the time limit.

Today, in stage 12, there was a significant name off the start list: last year’s runner-up, Rigoberto Uran hadn’t been near his peak and he eventually conceded – DNS after 11 stages. He was ranked 30th on GC after the first day in the Alps. Now he’s already talking up his hopes for a good result in the Vuelta a España.

The Tour races on but the peloton is rapidly diminishing… as expected. 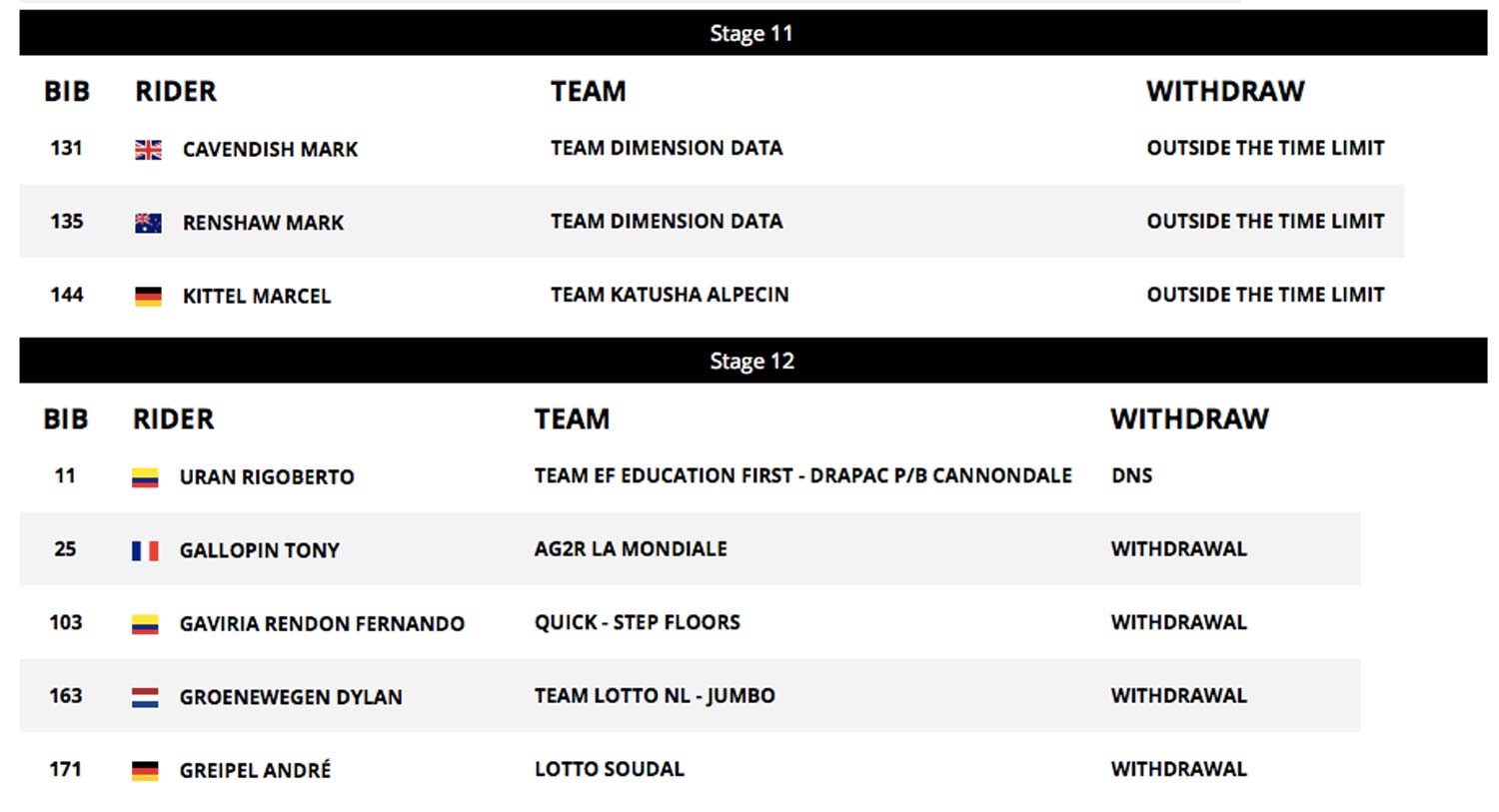 The withdrawal list from stages 11 and 12 (above)… with 50km still to go in the race to Alpe d’Huez.

Peter Sagan (below) already seemed to have the green jersey sewn up with his impressive tally of points but now that a number of his main rivals in the sprint have stepped off, the only real challenge that remains for the world champion is to reach Paris and a sixth win in the points classification is all but assured.

Multiple stage winners in this year’s race – including the first leader of the Tour in 2018, Fernando Gaviria – as well as Dutch sprint sensation, Dylan Groenewegen, have also stepped off and surrendered to the terrain, heat and pace of the racing in the Alps.

We wait to see what unfolds in the final 50km of stage 12 but we can expect to see an even higher rate of attrition on the day the Tour visits l’Alpe d’Huez. 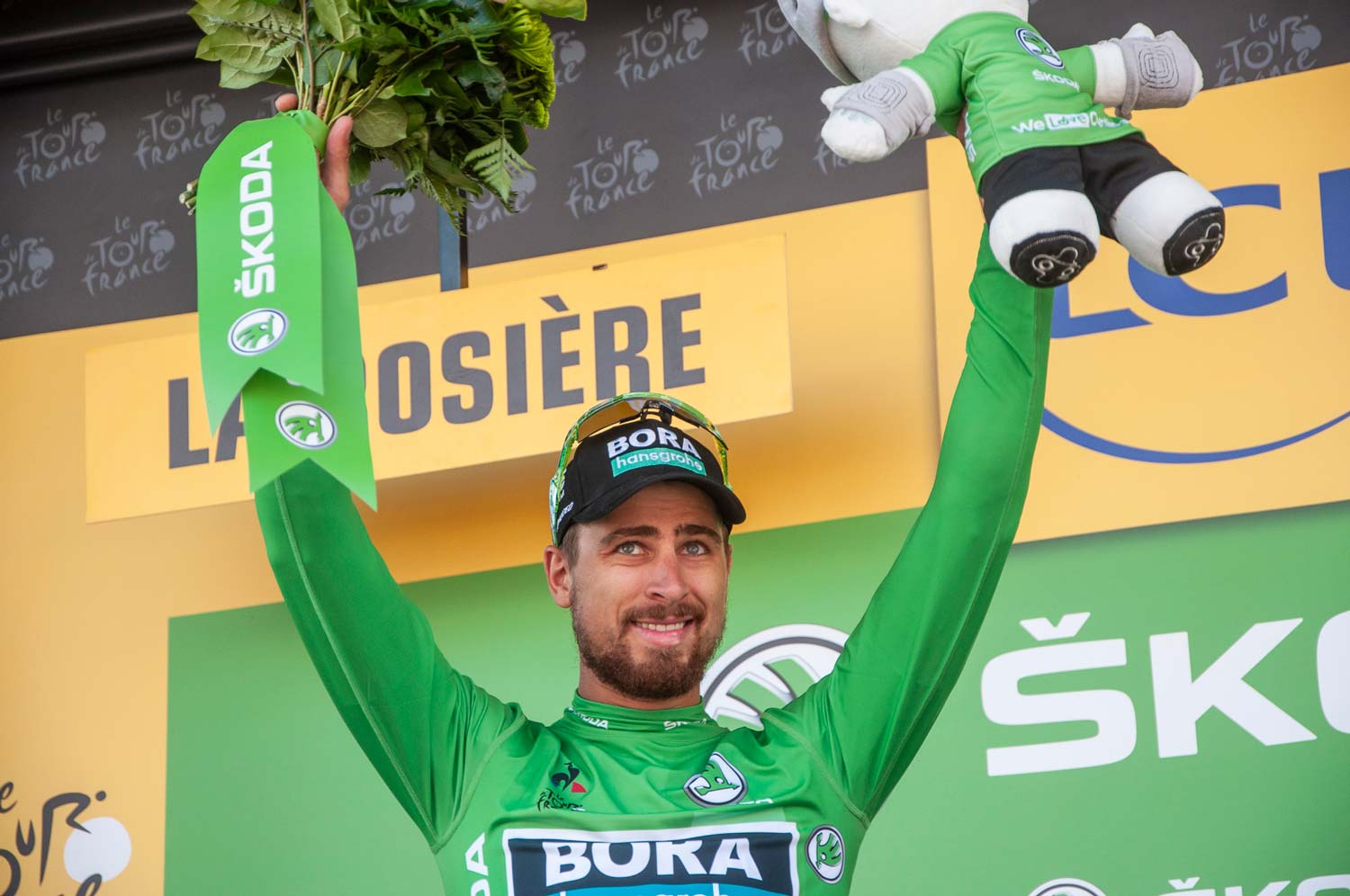