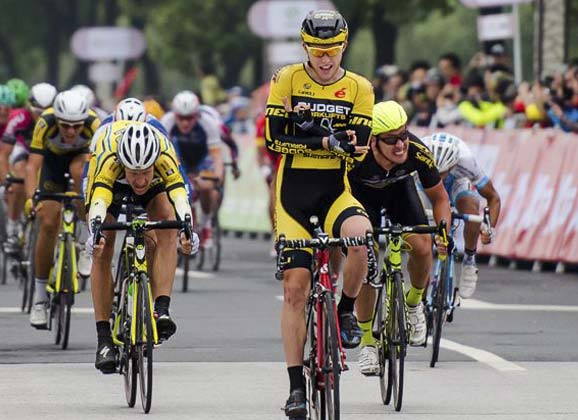 The Tour of Taihu Lake started with a win for the Budget Forklifts team thanks to Jesse Kerrison. And the Australian team won again two days later only this time with the lead-out man doing the salute. Jean-François Quenet is in China covering the race for the organisers. Here are some photos and his report from day three. 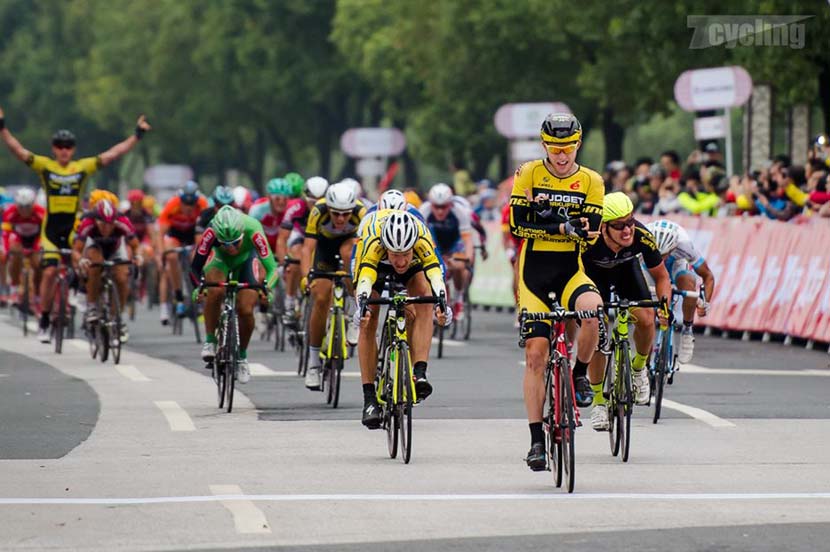 Jesse Kerrison offers a different kind of victory salute on day one of the Tour of Taihu Lake.

As Jesse Kerrison was sick for the second day in a row, his team-mate Sam Witmitz switched from lead-out man to top sprinter to deliver a second stage win to Budget Forklifts in the modern industrial agglomeration of Haimen on the Yang Tze River delta. He claimed his first international victory at the age of 29. Second on the line in a nail biting finale, Dukla Praha’s Alois Kankovsky retained the orange jersey of race while Italian fast man Mattia Gavazzi of Amore e Vita indicated that he probably won’t finish the Tour of Taihu Lake without a stage win.

“It was actually quite easy for me because my team-mates did such a great job today,” Witmitz said. “Today’s sprint was especially important for us because we have Jesse Kerrison racing for GC, but unfortunately Jesse had a bit of food poisoning and stuff in the last couple of days, so we went in today trying to work for him. We did our best we could to get him through and hopefully get him out for the win but the food poisoning has been too hard on him so he wasn’t in contention in the finish.”

“Yeah, so for me it was great to have an opportunity to sprint for myself,” Witmitz continued, “but as I said nothing could happen without the team and I think I was dropped by my team-mates at 150 metres to go, so pretty much the job was already done and I just had to cross the line. This has been a working progress all year, starting from a training camp in December. We became mates and work on each other’s weaknesses. We found that lead out right throughout the year. I think coming here to China this week, we got our lead out absolutely dialed so hopefully this is only one of many victories coming in this week.” 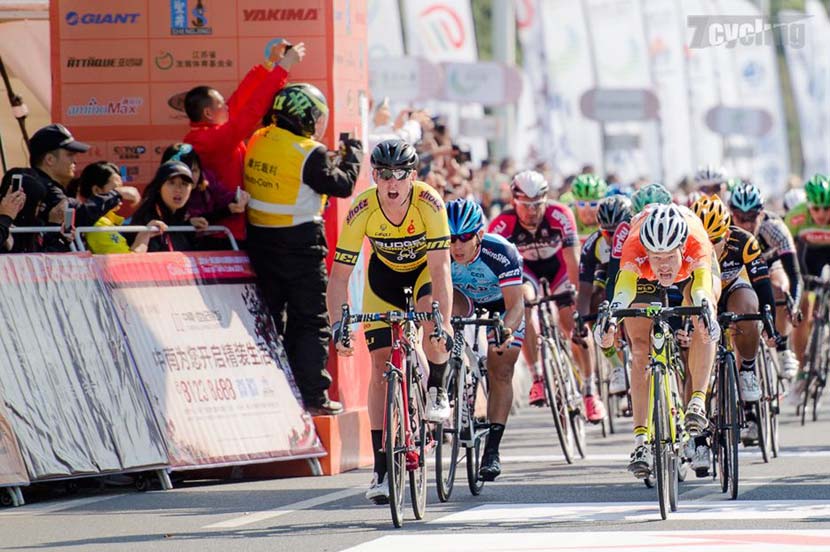 Five riders opened the road for the first 100 kilometres with China Games champion Ma Guangtong of Hengxiang taking all three intermediate sprints over his compatriot Wu Nan (Giant-Champion System), Feritcan Samli (Torku), Enver Asanov (Baku) and Artem Toplahnyuk (Amore e Vita). A single son of farmers who produce corn and weet in the Shandong province, the 19-year-old took over from his team-mate Wang Meiyin as best Greater China rider with nine seconds in time bonus to his account.

“We lost one rider in the team [China national champion Zhao Jingbiao], so we changed our tactic,” Ma explained. “Wang sacrificed his chances and I went away. I’ve raced the Tour of Hainan before and I’ve been the best Asian rider for a day [before Wang took over] and I feel better on the bike after this race. Since I’m young, I recover well but I yet have to discover what I’ll be the best at. However, I love racing the Tour of Taihu on a flat terrain with no wind.”

Another team with one rider less on the road was Dukla Praha, as Ondrej Rybin is out with a broken collarbone, but they still impressed in their chase combined with Budget Forklifts to back the race leader. “The Australian team is very strong,” noted Kankovsky. “I’m satisfied as I keep the jersey but maybe I made a mistake that make me lose some time but in the next few days, I think I should go for my sprint a little bit earlier. It’s gonna be hard to race like that with only five riders.”

An interesting move to the top three was made by Mattia Gavazzi. A double stage winner at the Tour of Qinghai Lake and the Tour of China this year, the Italian warned the other sprinters. “I was moving up alone on the left side and I passed everyone after the line but I didn’t take any risk,” he said. “I haven’t trained for a month but within a couple of days, I’ll be a winner here.”

(Stage 4 – 129.7km – is scheduled from Qidong Coastal Industrial Park to Chongming, the home of the Chinese leg of the UCI Women World Cup every year in May.) 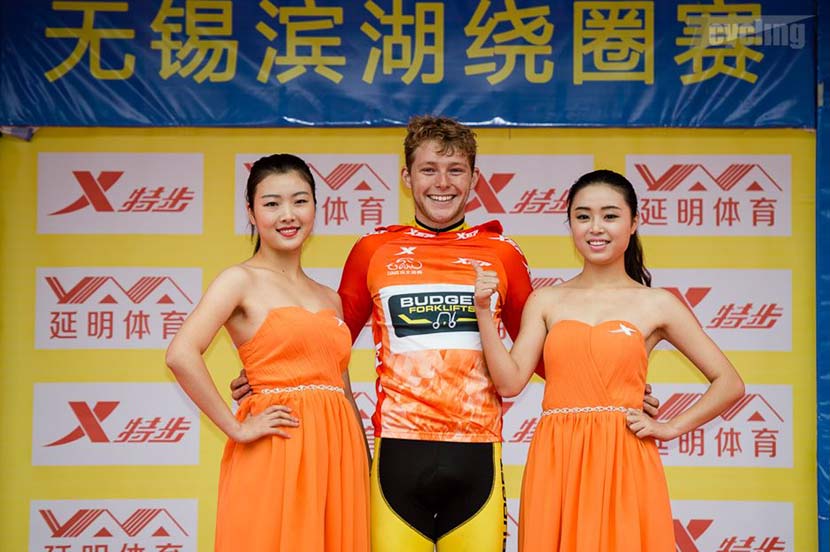 Kerrison… on the podium again after stage two.