Details of what roads will be used for the 2022 UCI road cycling world championships in Wollongong were revealed last December. But there are still a few unknown elements, such as number of circuits, or exact distances of the respective road races. That will soon be revealed.

Report and videos, by Rob Arnold

The UCI recently sent a delegation to inspect the proposed routes to be used at the 2022 world championships in Wollongong. They didn’t get great weather but the inspections of the courses are now complete and we’ll soon know if changes will be required for what the organising committee has presented.

Much of the detail had been unveiled to the public last December when it was explained that there would be a series of circuits near the city of Wollongong, one for the time trials, and two different ones for the road races. It was also explained that the elite road races will begin in Helensburgh, taking the peloton on a scenic coastal opening to what promises to be an exciting final weekend.

There was sufficient information revealed in December to allow national teams to begin their preparations but some of the finer detail was missing. On 31 March 2022, there will be an online meeting to explain the particulars – including race length, number of laps to be raced for the various age groups, and exact distance of the road races.

Watch the videos above to see some of the sights of Wollongong and surrounds. 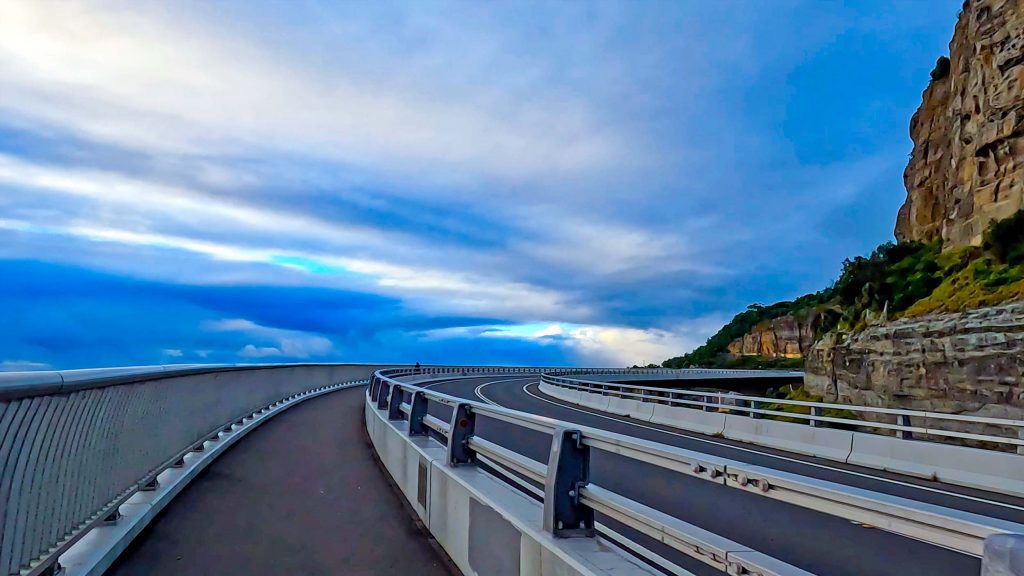 It could be that a few minor changes to the original itinerary emerge but, as of the end of the month, we’ll know more about the courses that will determine who the next world champions are.

The world championships race director, Scott Sunderland, will be joined by safety manager Mark Renshaw, Wollongong 2022 CEO Stuart Taggart, and UCI sports director Peter van den Abeele for an online presentation. Once that’s delivered on the last day of March, it’ll be time for the city to prepare the roads, perhaps remove some road furniture, and maybe even resurface some rough parts of the route. 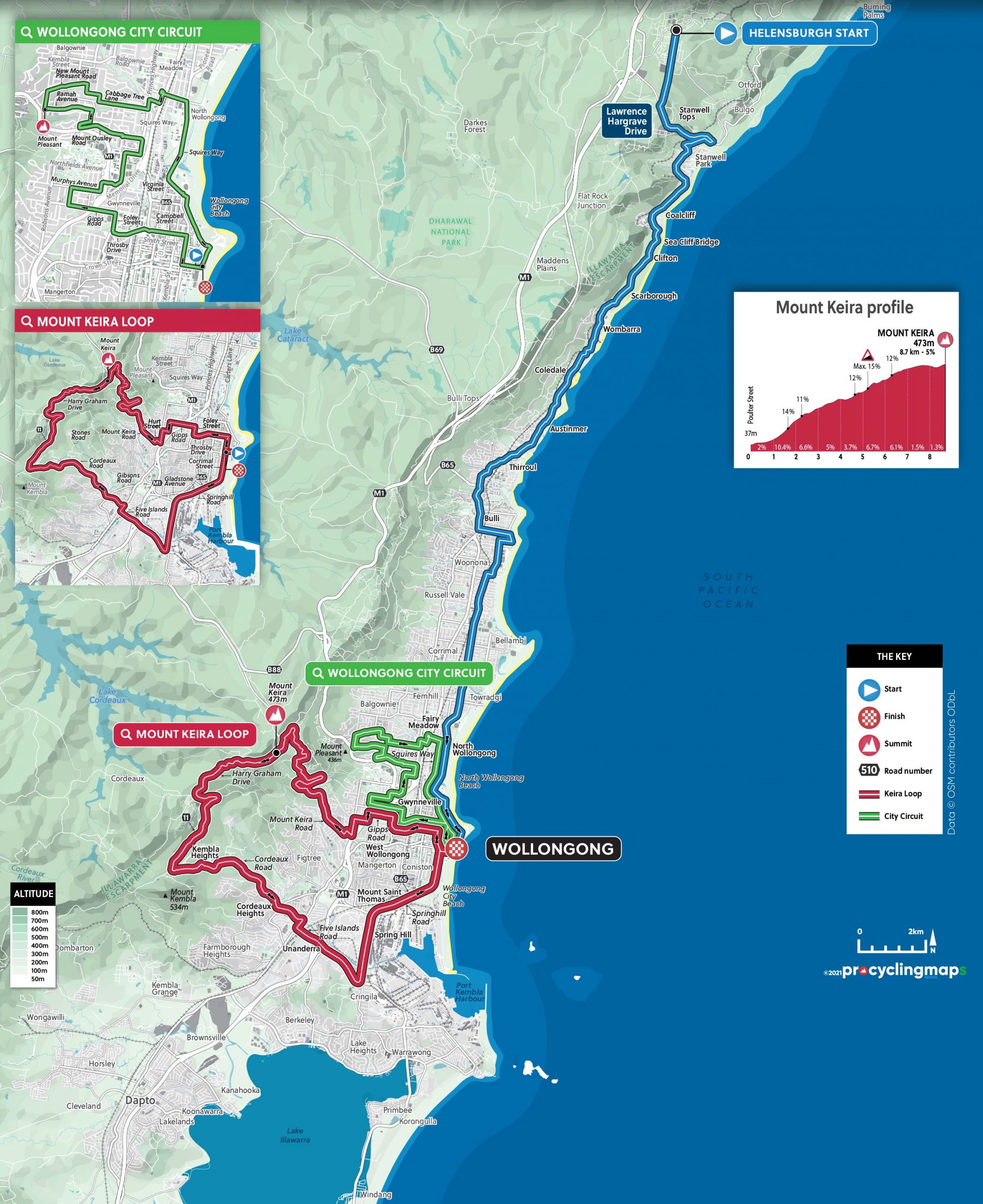 It is not uncommon for smooth bitumen to appear before a bike race comes to town and one of the original concerns about the proposed Mt Keira / Kembla Heights circuits is the condition of the road for the rapid descent to Unanderra before turning north towards the city.

With less than six months to go, if this stretch of road is to be repaved in time for the worlds, then work will need to commence almost immediately. 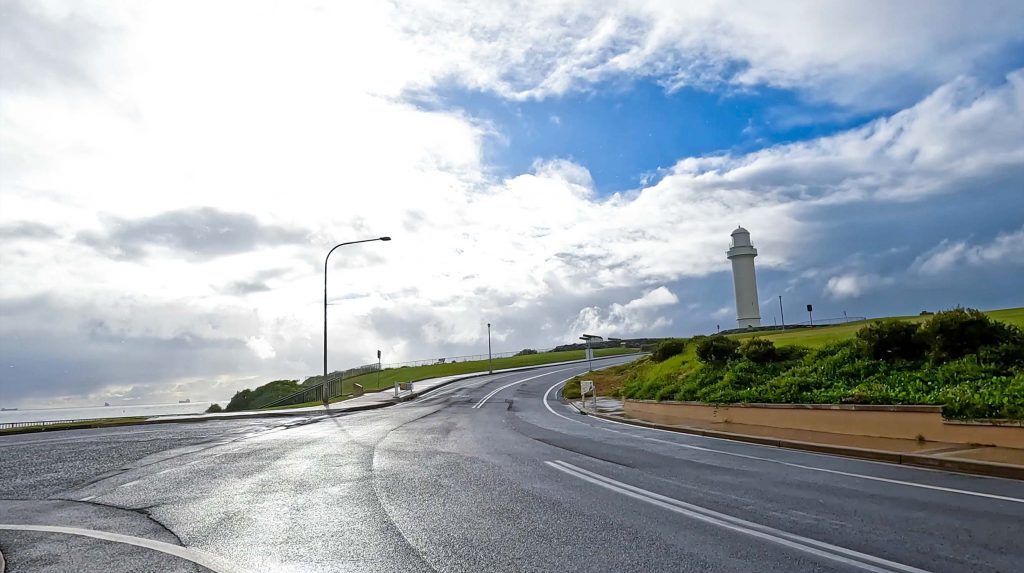 The premise of the ‘virtual press conference’ is to “hear the full details of the UCI road world championship courses for 2022, and discover more about the Wollongong coastline and escarpment that will determine the 2022 UCI world champions”.

Will it be a mere formality, a signing off on what was presented in December? Or could it be that the UCI will ask for significant changes? That remains to be seen but it should at least prompt a bit of a buzz for the Australian media which has plenty of other sports news to report on.

With Australian riders doing well in WorldTour races this month, cycling deserves a bit more mainstream coverage but it’s not always easy when there’s news like Ash Barty retiring from tennis, or test cricket being played in Lahore, and footy season underway.

The worlds, however, do tend to attract attention so let’s see if the Aussie media will embrace the championships and make cycling a headline act, or if it’ll just hide in the background while other sports hold momentum. This is an event that should raise the profile of our sport; let’s hope that all the stars align and we get a memorable championships without any of the interruptions that we have become so accustomed to in recent years. 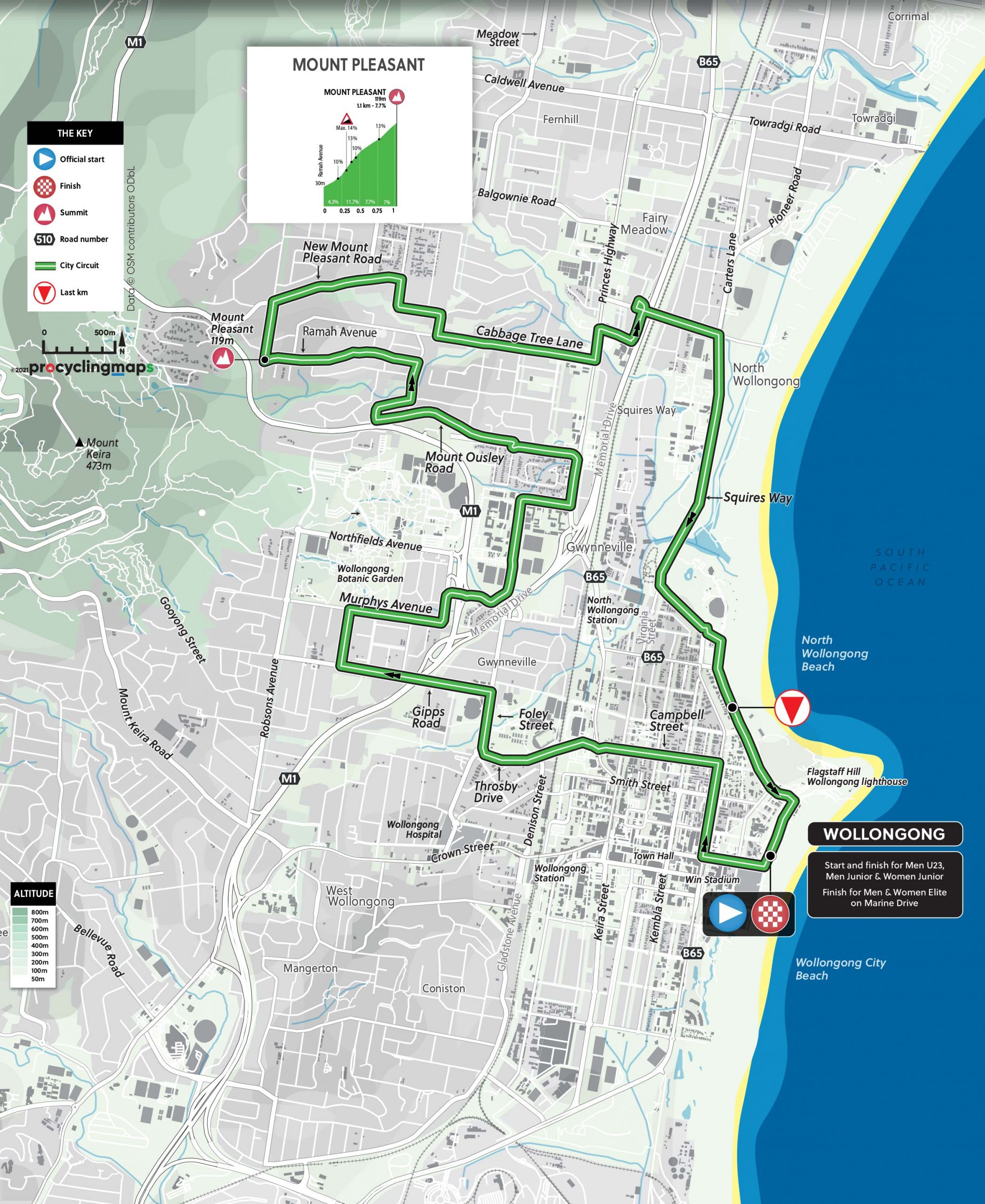 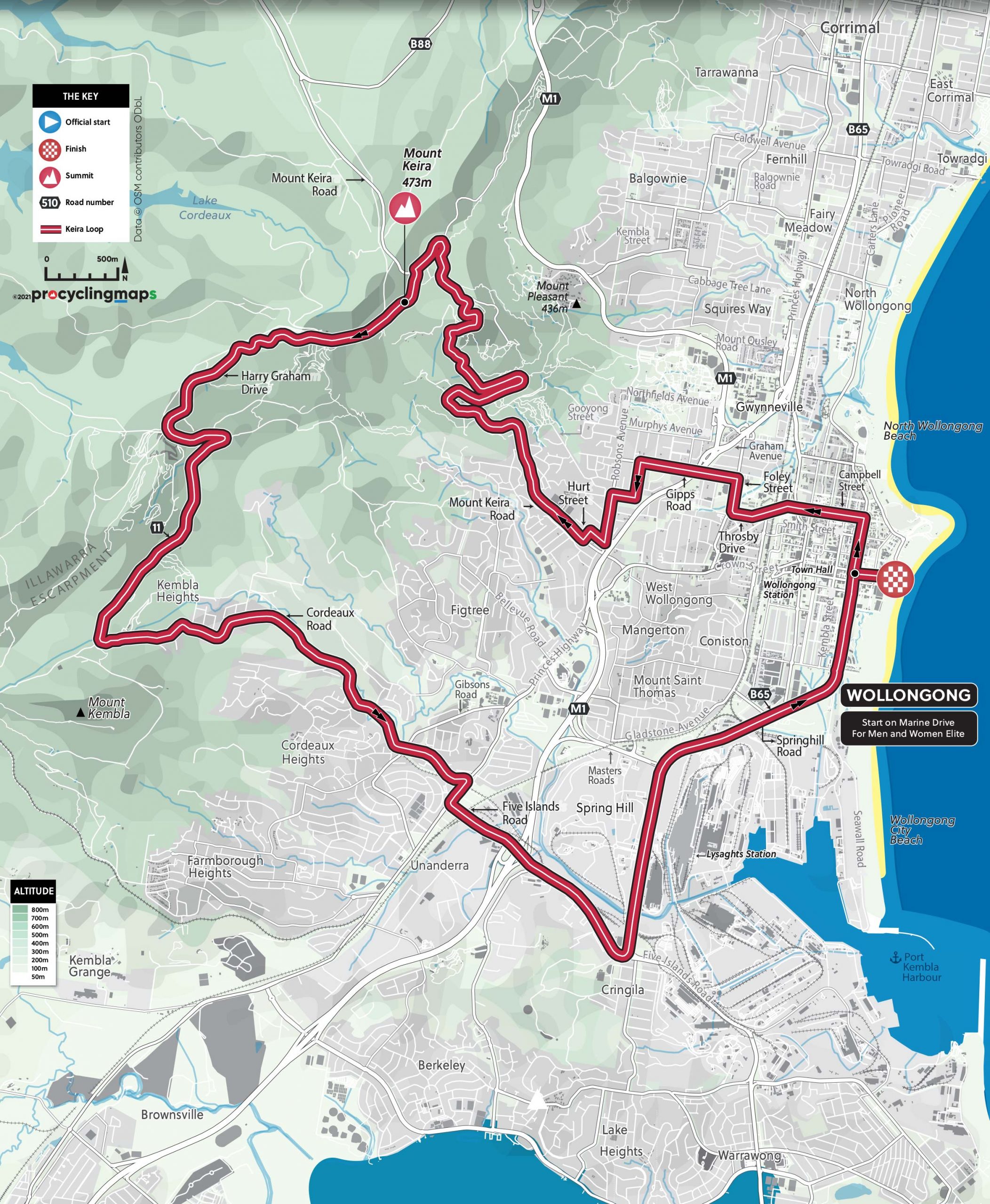 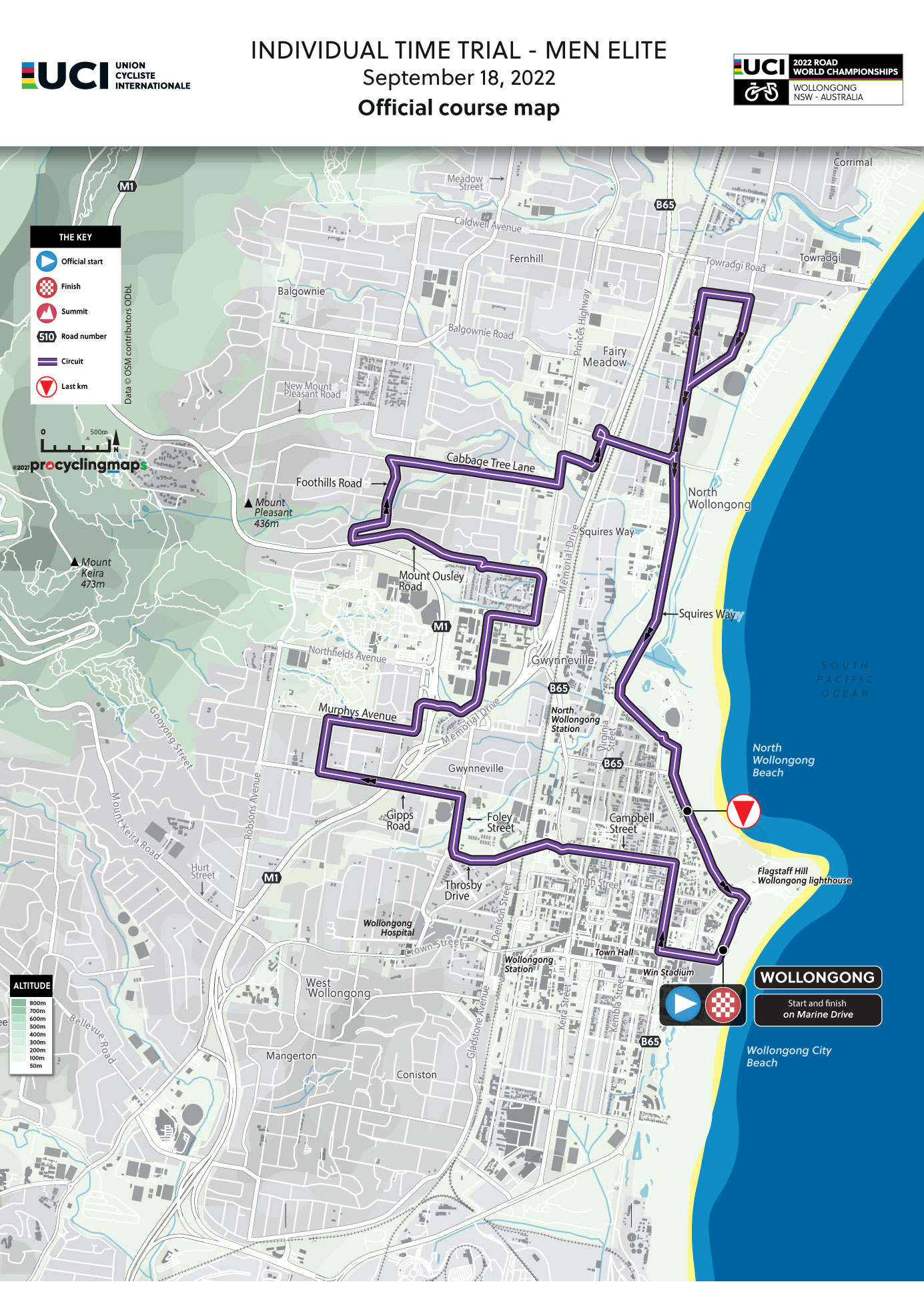