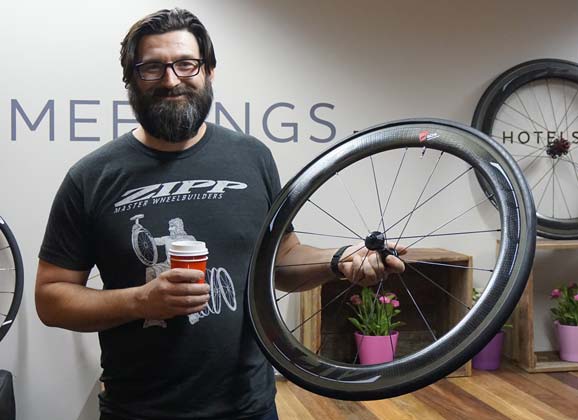 Zipp Firestrike: product of the week

Zipp is a brand synonymous with quality and innovation. Its latest top range wheel range is called Firestrike and aims to improve on the exceptionally popular and game changing Firecrest. With the disc brake evolution cantering toward us and much effort getting put into improvements there, could the Firecrest be looked back on and seen as Zipp’s finest ever? Jack Lynch met with Zipp’s advanced development engineer, Michael Hall, to discuss the wheels before riding them for a couple of weeks. Here are his thoughts. 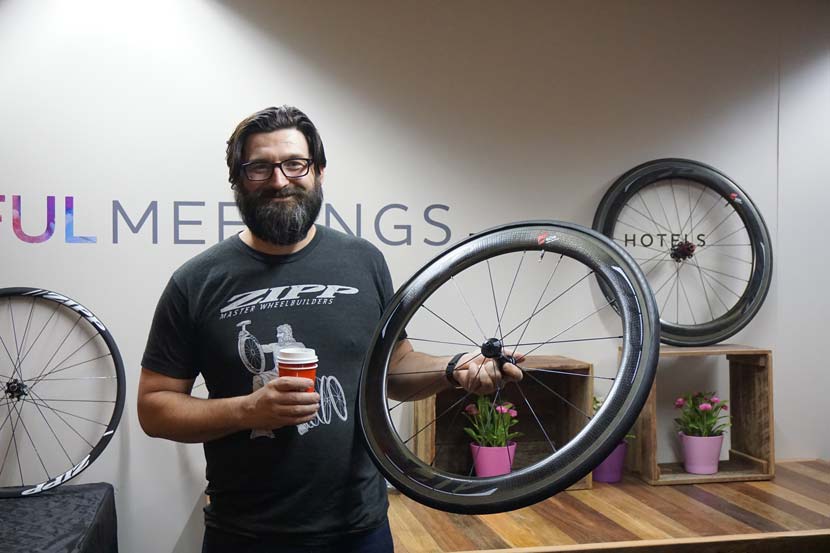 When a wheel is more than a wheel…

Everyone knows Zipp and most have seen its vivid slogan ‘Speed Weaponary’. These Firestrike 404 wheelsets go further than any other Zipp wheel to strengthen the ‘weapon’ concept. ‘ImPress’ razor graphic decals are printed directly onto the rim to save weight and improves aesthetics. There are CeramicSpeed bearings in the hubs which are said to offer reduced rolling resistance (although it is always difficult to notice the difference between bearings which are the best and bearings which are a close second). Zipp believes that it is the one percentres which enable it to stand above the competition.

As an example of these ‘one percentres’, one only need to look at the most spoken about trademark from Zipp – the dimples. Michael Hall, Zipp’s advanced development engineers told RIDE that, “if we didn’t think the dimples did anything than we would stop producing them immediately – it’s a lot harder to create a dimpled rim than a smooth surface.” That is a visible example of why Zipp is considered such a premium brand but there are plenty of unseen advantages to riding with these products.

“One of the big things added with the Firestrike is the braking surface,” said Hall who then explained that these rims have silicon carbide as well as faint toothing in them to ensure maximum brake grip in wet and dry conditions. He then spoke of Zipp using different resin systems for different applications. For carbon clinchers, “one of the biggest problems – and a lot of rim companies have suffered – is brake heat damage… If you don’t have a resin system that’s formulated to absorb that heat and not delaminate then you’re asking for trouble.” It is fascinating to find out that carbon clincher and tubular rims use different resin systems to hold the carbon in place. 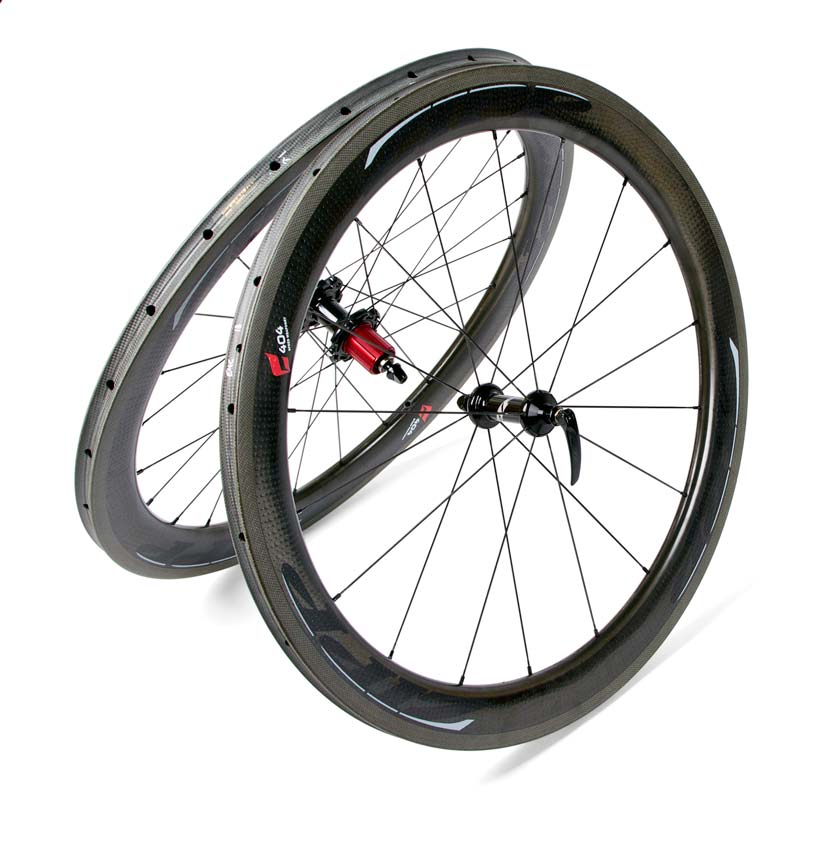 Zipps tubulars and clinchers are stitched together at the spoke bed with kevlar for increased strength and durability at what is, traditionally, a rim’s weakest point. Over time, both carbon and alloy rims of any brand have had a predisposition to pulling spokes through the rim and this failure must be eradicated to give a wheel some creditability. Zipp had the idea to use something stronger than standard resin to bond the carbon so the engineers set out working out how to act on its idea. “We started talking to people about this in the composites industry and they were like, ‘this is impossible.’ But we had an idea and we went about trying to figure out how to do it,” said Hall about weaving the carbon together. “So we got a bunch of industrial grade sewing machines and then we took them apart and retro fitted them to be able to sew composite… that’s some of the secret sauce.” It is unconventional and unique but it is continual innovation which allows Zipp to stay at the top of the wheel market.

There was barely any mention of aero improvements with the Firestrikes. These seem to be a given when talking about this brand but, rest assured, the Firestrike shape is slightly different to the Firecrest to allow the air to stick to the rim a bit longer and therefore reduce turbulence. 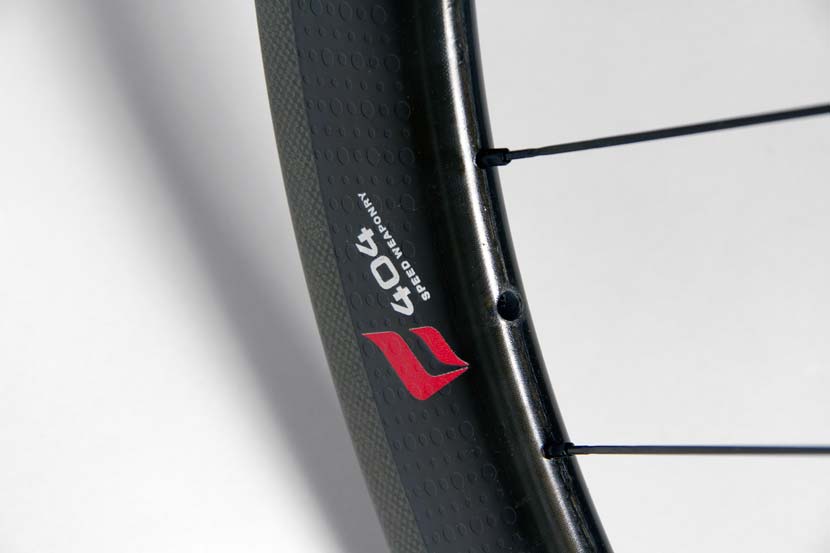 Testing the tubular model was not only fast but extremely enjoyable. There is no doubt that tubulars are faster and more comfortable than clinchers but the drawbacks are obvious and widely discussed. Armed with a can of Effetto Mariposa Espresso (the best way to seal and inflate a punctured tubular), I was able to confidently and happily pedal away from home on these top class wheels.

Hearing a constant hum of tubulars on tarmac is a sensation which will never dull and it really encouraged me to push and see what a $5,200 wheelset can do. My initial impressions were that the wheels held speed and accelerated incredibly well, but were a little bit sketchy on the bends and, to be honest, I was pretty disappointed. Things would soon improve…!

After two rides of around two hours each in the suburbs I hadn’t really found them to be everything I expected. Sure they were super fast but I really wanted to sail through the corners with utmost confidence. Quality handling is the difference between the best and the worst carbon wheels and these were not matching my expectations. 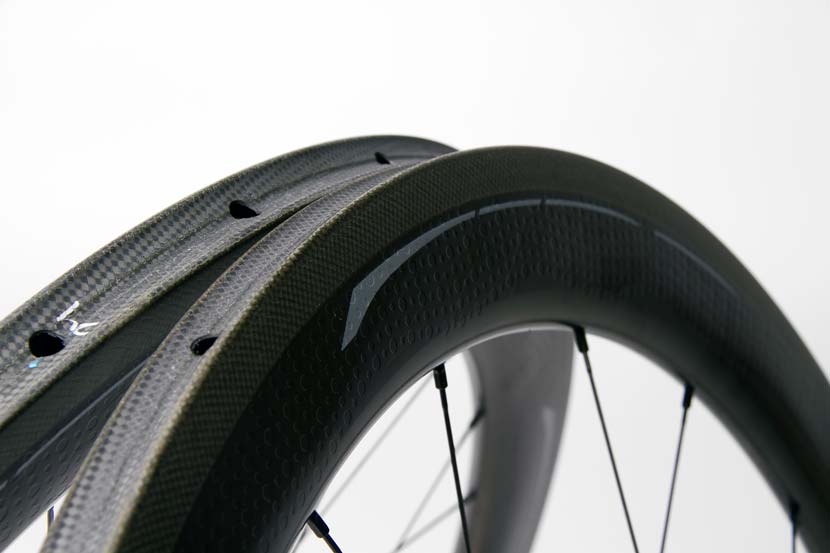 It was not until the weekend when I was able to spend some more time on the Firestrikes that I became comfortable with them. Spending several hours in some twisty rural terrain really gave me a chance to practise my skills with these wheels. There were two revelations here: firstly, the Firestrikes have the best performing brake surface on the market. Secondly, this braking confidence enables seriously fast and sticky cornering. Being able to reduce speed late into a bend and kick out of it quickly is the aim of a fast wheel and these did that better than any. It took a few corners for me to be confident and really throw the bike around but when I got off the brakes and on the gas, the wheels only encouraged more. They were also incredibly stable. 60km/h felt like 45 – a super feeling and testament to Zipp.

Naturally, they are stiff when out of the saddle and gave me a chance to test myself up and down hills. But these Firestrikes tested my bike too. I was testing a 105 spec’d alloy bike and with its stock wheels it felt nice (if not a bit uninspiring) but when fitted with this speed weaponary, the foibles of aluminium were revealed. A wheelset which can alter a bike this much says something about the wheels and the fact that it was the best rim-braking I had ever had (even with 105 calipers) says even more. 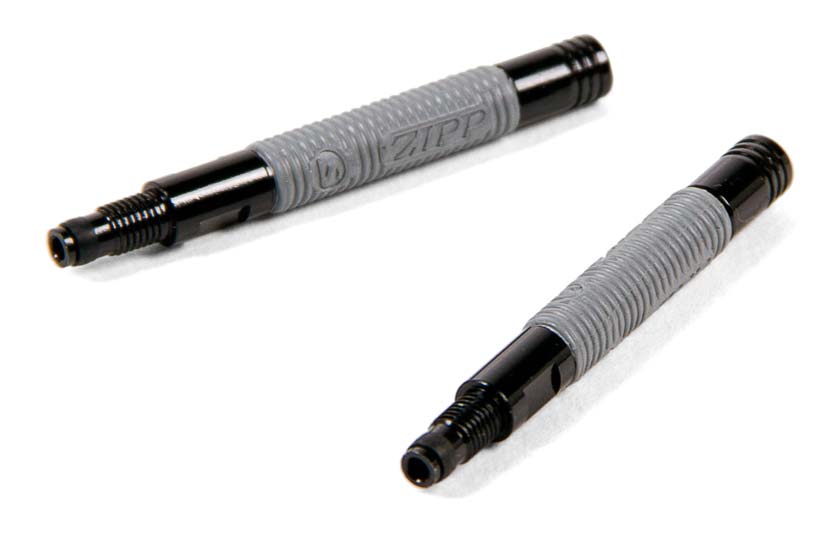 Zipp has recently partnered up with Silca pumps, also based in Indianapolis… valve extenders which are no longer just an after-thought of the wheel package.
Photo: Shane Lovejoy

The Firestrike 404s are light wheels for people with heavy pockets but if you want to make your bike standout above all others in both appearance and performance than these Zipps are a great place to start. There were no negatives during the few weeks I borrowed the Firestrikes except that they forced me to work a little too hard at times and left my legs shattered! They will provide extra speed, stability, and motivation so I honestly think they are worth the extra dollars over Zipp’s Firecrest (which are also a class-leading pair of wheels).