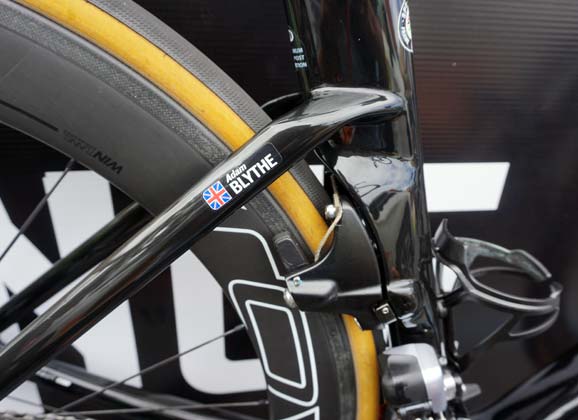 Adam Blythe on the ViAS Venge

The team of the Tour Down Under leader after two stages in 2016, Tinkoff, has a range of bikes at its disposal. The majority of the riders are opting for Specialized’s S-Works Tarmac frames but there are a couple of S-Works ViAS Venge bikes on offer.

For the third stage, that includes a steep climb at the finish, Adam Blythe had opted for the more aerodynamic of the two frames. 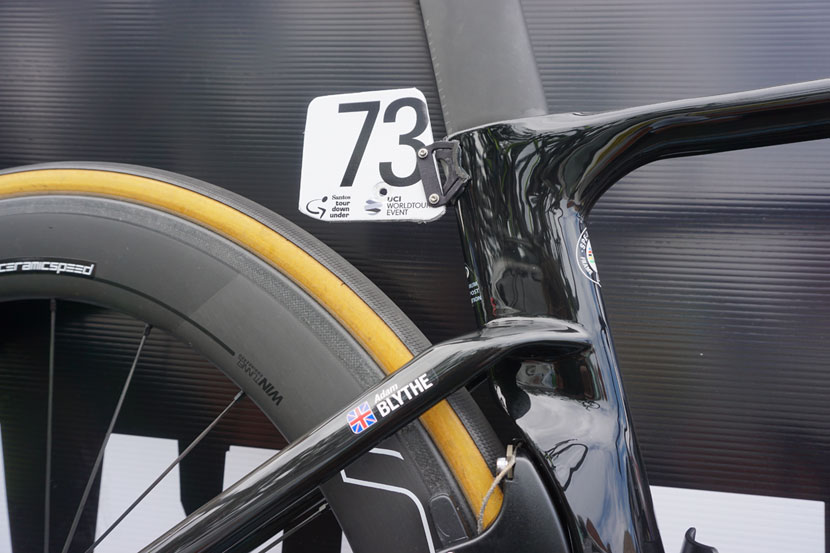 RIDE: I’m with Adam Blythe [from the Tinkoff team] and I’ve noted that he’s going to ride the Venge in a hilly stage. We haven’t had a lot of guys racing these bikes. What’s your experience of it?

Adam Blythe: “I did the criterium on it and that was mega then, it was real fun! I did the first stage on it, and I changed after the climb – so the first little climb, I changed after that onto the Venge. And today I have to ride on the front quite a bit hence why I’m riding that thing.

“I don’t think I’ll be too worried about the extra weight going up that climb, so I’ll get the advantage today on the flat with that bike.” 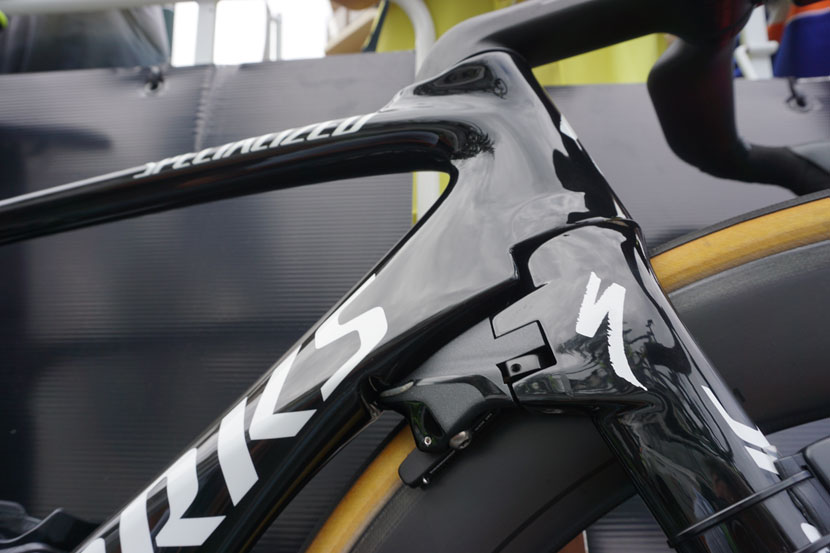 If we’re talking about aerodynamics on a bike, really [rider] position makes a bigger difference but you feel – you notice the difference – when you have a ‘smooth’ bike?

“Yeah definitely. I think your position is the main thing but if you can get your position on a more aero bike then why not use it, you know?

“Every little bit of difference makes a difference.

“Every watt of energy you can save is going to make a difference somewhere along the line. So yeah, why not?” 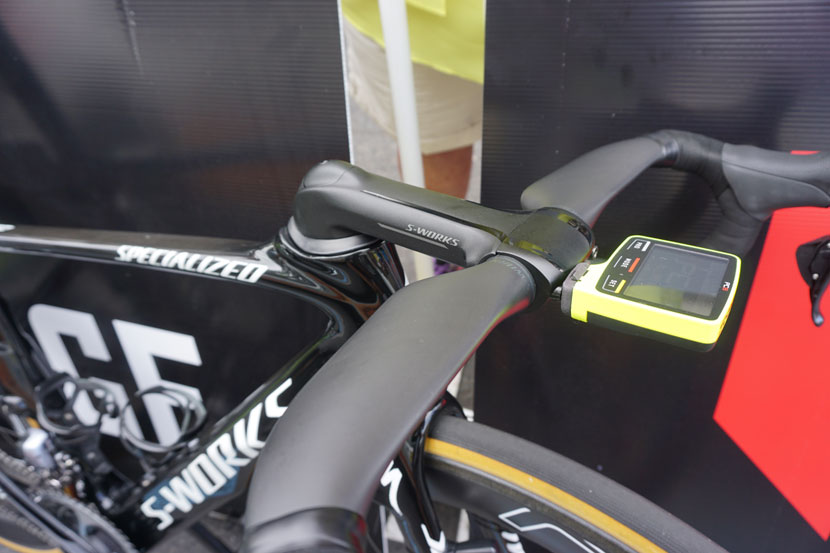 For me it’s a most intriguing bike. I’ve ridden one and I know what it’s like. What do you make of the braking, for example?

“It’s just the odd touch of brakes; you have brake hard every now and then but I’ve never gone, ‘Oh shit, I can’t stop.’” 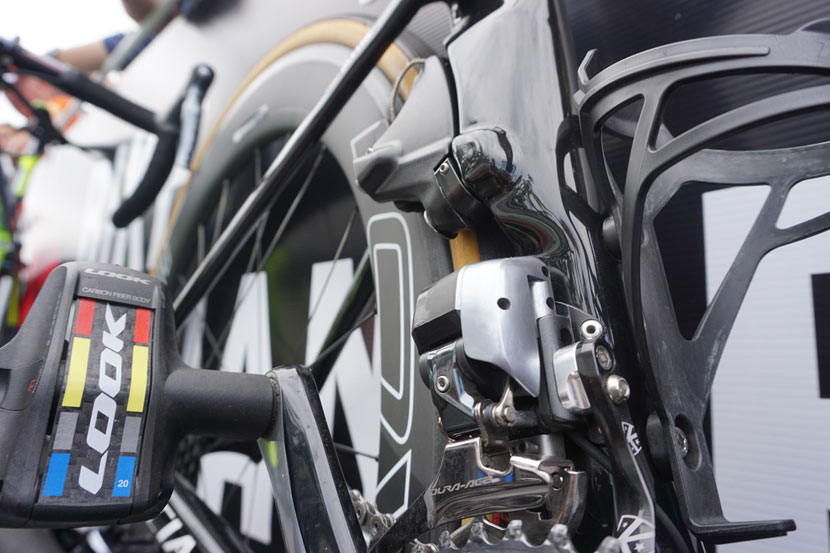 There is less resistance than when you’re braking with normal caliper brakes – in your opinion?

“Err, a tiny bit but it just depends how hard you brake I guess.

“I never thought about it; I never got on that bike and gone, ‘Shit these brakes don’t work as well as the others…’

“It’s just the same basically, for me. But I’ve never had to anchor on and go: ‘Aaargh!’” 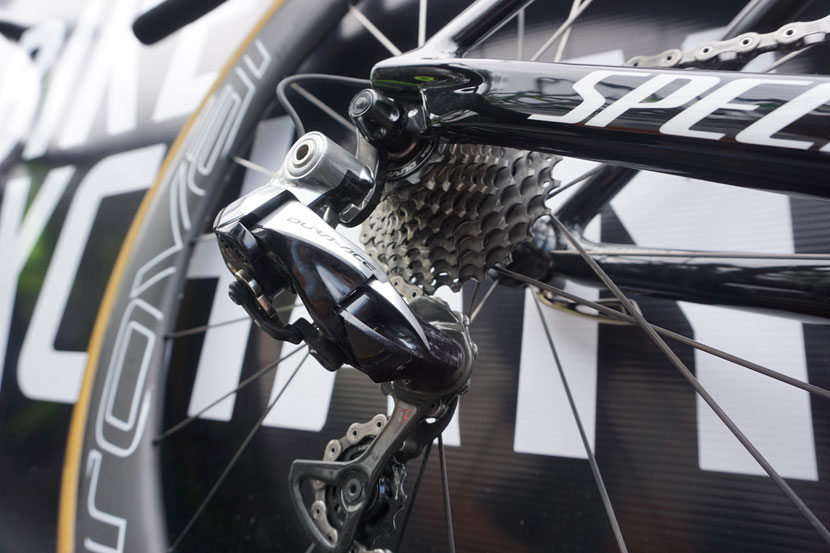 What about the idea of switching bikes mid-race. Is that a little bit dangerous…

“I guess it’s when you do it. The other day when I stopped at the top of the climb it wasn’t such a bad thing. I had quite a bit of descent to go and it was quite early on in the stage and I still felt alright.

“I think later on in the race it can be quite difficult… so, for me, it’s just when you do it and picking the right day to do it.

“As long as you pick the timing right, then you should be fine. If not I think you can be in a world of trouble if you choose the wrong time.”

I wasn’t even talking about the actual exchange of the bike, I meant stepping from one type of bike to another type of bike. Do you notice the difference?

“Stiffer, faster… the position is a little bit different because the handlebars – I haven’t got the same handlebars on but apart from that it’s basically exactly the same.” 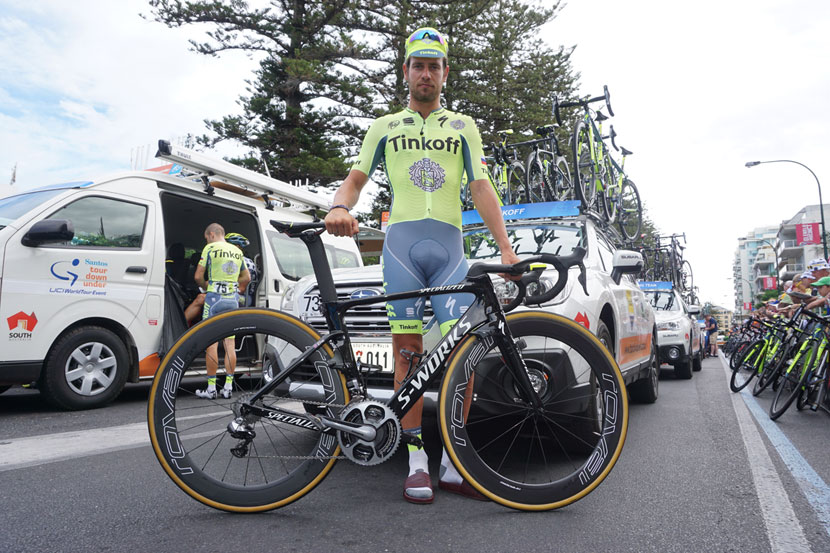 I guess that’s the perfect test isn’t it. Everyone talks about ‘stiffer’ and ‘more aerodynamic’ and everything but unless you step off one bike which isn’t so much that to another… then that’s when the differences are really obvious.

“Yeah, yeah, yeah. If I didn’t feel that obvious I probably wouldn’t use it. But I can tell the difference between going on that bike and my Tarmac, so yeah… why not use it?”

Do you carry a power meter on both when you do do the switch?

And do you notice? Is there a wattage influence? They talk about it in the text – when they’re talking the bike up in promos. Can you see it in the numbers?

“I’ve not really done that test to be honest.

“The only reason that I have used that bike is in sprinting is because it’s faster but the rest of the time… I guess the testing that they do on it is when the wind is in front – whereas, apart from today, I’m generally never [in that position]. I try to stay out of the wind as much as I can so it doesn’t really affect it that much.