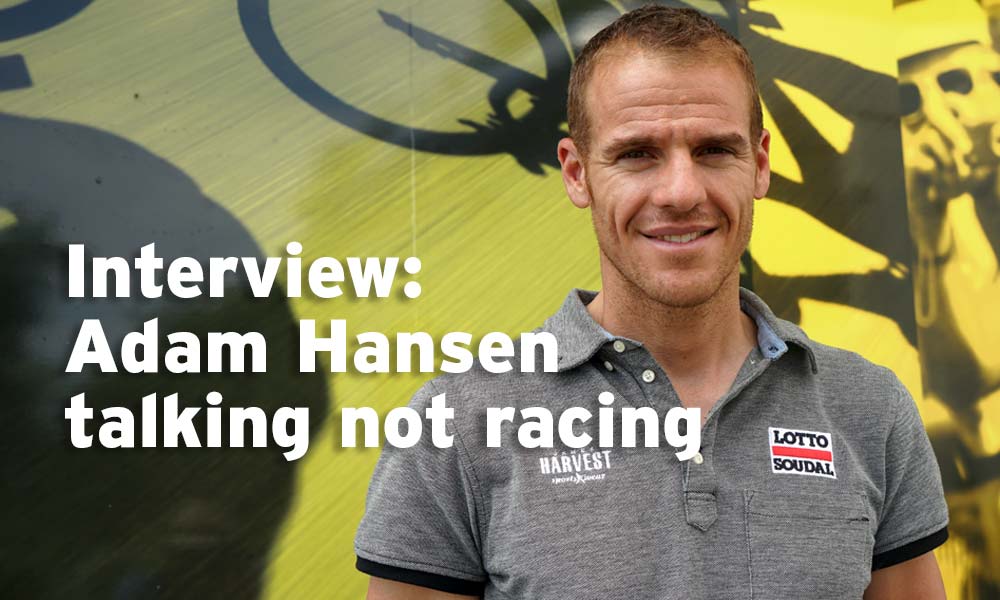 Adam Hansen: “I didn’t appreciate how big this event is”

He’s a record holder: more Grand Tours in succession than any other rider… but Adam Hansen is not racing the Tour in 2018, instead he’s talking about it.

Something – or, rather, someone – was missing at the start of the 2018 Tour de France. Adam Hansen was not there, not in the peloton at least. For six successive seasons he has been a feature of the race: leading out riders, chasing down escapes, even going on the attack himself. He has been a regular figure in all Grand Tours since the Vuelta a España in 2011 but in 2018, his record run has come to an end.

Then it stopped. It had to at some point.

He had planned for a holiday in July, to take an off-season in the middle of the racing season. But it’s a concept he’s unfamiliar with and when Eurosport asked if he’d like to help call the action at the Tour instead of racing it, he said: “Ah, let me think about it.”

Then he said, “Yes.” And that’s what he’s been doing for four days now.

– Click the SoundCloud file below to listen to the interview. –

Listen to RIDE Media’s interview with Adam Hansen: click the SoundCloud file above.

He has a new appreciation of the job done by many: covering the Tour is different to almost every other sporting event and the randomness and confusion of it all adds a degree of difficulty that he and other riders aren’t aware of when they’re racing.

“[As a rider] we don’t even need to know where we are.

“We just jump in the bus and the bus takes us to the start – we don’t need to know where the start is. The only thing we have to remember to do is sign on before, do the race, and straight after we’re in the bus and go directly to the hotel.

“We get to the hotel, sit on our bed and wait for a massage. After the massage we have dinner…

“You forget how privileged we are as cyclists.” 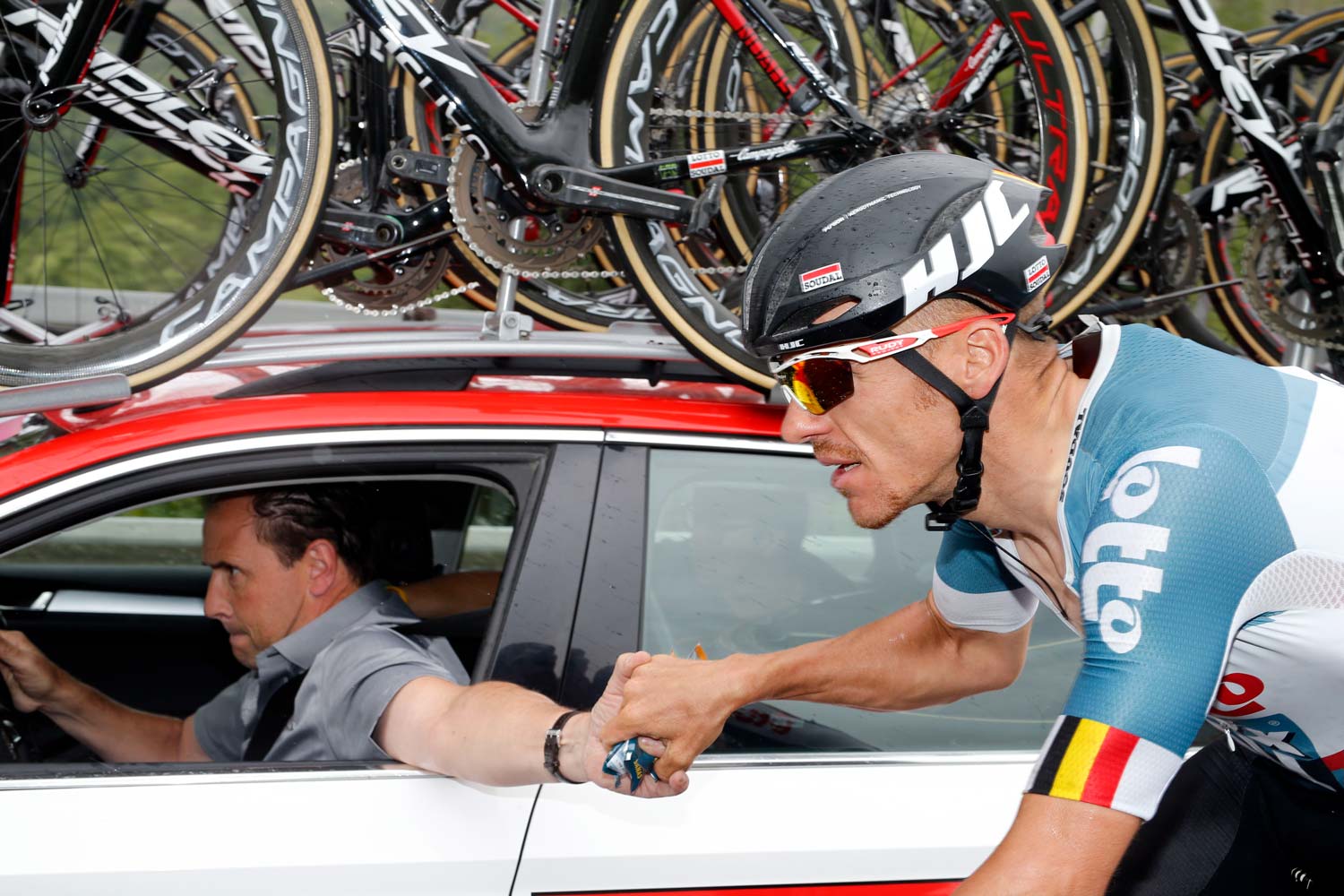 He is seeing things differently and doing things differently. He talks about taking a break but then explains a long list of racing that comes in the second half of the year, some events he’s done before, others that will almost seem new to him again. Either way, he’s not the kind of bloke who is idle for long.

Australians won’t hear him during the Tour, his commentary job is for Eurosport and, as SBS has the rights for the race Hansen’s work in July will only be heard by viewers in Britain (or other European countries where the English-language commentary can be heard).

“Technically I can have more time off than I go in the off-season,” he said. I can really take a good rest and build up again and have a good end of season.

“I haven’t been able to do this [have a great in July] for seven years so I’m really looking forward to the second part of my season, different racing… I’ve got new motivation now.”

Plans to return to triathlon… eventually

What about the Ironman rumours? I asked. What’s going on there?

He looked surprised and then replied: “Ironman rumours? Who have you been talking to?”

Cameron Wurf, I told him, the record holder for the bike leg on Kona. He smiled and understood how the (reliable) rumour began but then explained that it won’t be for some time even if, yes, he would like to race in Hawaii some time in the future.

“Cam Wurf!? Oh yeah. I just got an email from him actually.”

It’s possible that it was a reminder of how hard Ironman racing could be. Or perhaps it was advice on how to prepare for such a challenge. Wurf is, after all, helping other guys from the pro peloton with their training, including that guy called Froome… but Adam didn’t expand on what the contact with the former pro cyclist was about. Rather, he explained the attraction of Ironman – something he has to resist while he’s still focussed on his current job.

“Well, I’m still racing my bike, so one day I will [do Ironman], that’s for sure but at the moment I’m going to do cycling for a [few] more years to come.”

He explained that his exercise this July is running, not riding. So, I joked, his training before the broadcasts begin isn’t really going to prepare him for the marathon run leg on Kona.

“No, no. I definitely do not do enough running at the moment for Hawaii.”

I like the rumour though, I told him, I look forward to seeing how you fare.

“Yeah, yeah… the funny thing is, how I got into cycling is: cycling was my worst leg [in triathlon] I was a really good swimmer and a really good runner and I joined a cycling club to improve my cycling.

“So, I do look forward to getting back into triathlons.”

Listen to the full interview to hear from the rider himself.