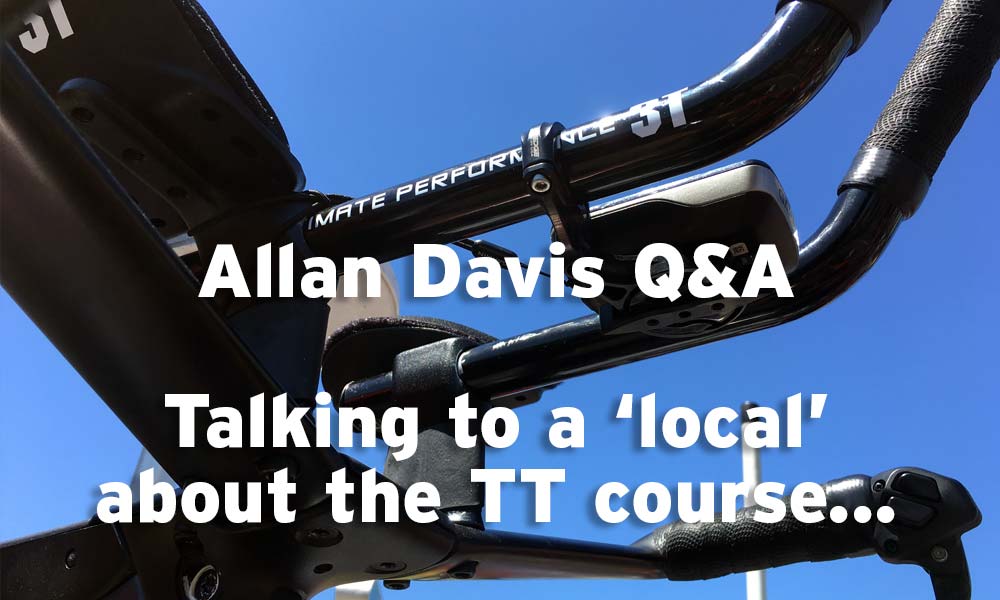 Allan Davis: “The TT is on my old training ground”

Since the route for the 2018 was unveiled there has been talk about how tough the time trial from Saint-Pée-sur-Nivelle to Espelette is. We asked a Basque local for some insight…

Allan Davis is universally known as the ‘Bundy Boy’ who, because of his ability on the bike, expanded his horizons and became a multi-lingual vagabond who has seen much of the world because of cycling. He set off from Bundaberg in Queensland when he was just 17 and went to see how far cycling could take him.

He has experienced highs and lows because of bike racing and ultimately his career came to an early end because of an injury.

We met when he was just 18 and throughout his long career, we stayed in touch as he raced for teams like Mapei, ONCE-Eroski, Liberty Seguros/Astana, US Postal before seeing out his competitive years with GreenEdge.

In January, we spoke about his rapid weight gain – jumping from a racing weight of around 68kg up to a maximum of 114kg. And he explained that the diet of cycling had served him well through his teenage years, through his 20s and into his 30s… then, when he was forced to be idle, he stacked it on – quickly!

The good news is that ‘Alby’ has never lost the love of cycling and he’s back on the bike and enjoying himself in 2018, living in the Basque Country with a young family and a couple of jobs to keep him busy.

We bumped into each other again in Millau before the start of stage 15 and, knowing he lives nearby the course that’s to be used for the time trial in stage 20 on Saturday, I asked if he could describe the kind terrain it is on and what he believes will be required to win.

Listen to a quick chat with Allan Davis. He talks about the ITT of the 2018 Tour and explains a little about the Basque language and culture…

RIDE: The people that you meet when you’re walking down the street. I’ve just bumped into Allan Davis who is [in Millau] with Allan Davis Cycling. You’ve been to the Giro Rosa a couple of weeks ago but now you’re back [at the Tour de France]. You can’t help yourself, can you?

Allan Davis: “Well, you know what it’s like Rob, it’s part of our lives mate.

“I just finished the Giro Rosa with Wiggle-High5 (which earlier this week announced that it would not be registered as a team in 2019), where I’m a sports director. That was really good.

“We had a pretty good result there with a stage win and a couple of second places. We walked away with a few good results and now we’re here putting my business hat on with Allan Davis Cycling, and Pro Cycling Tours. We’ve got a good group – a mixture of Canadian and American and Australia cycling enthusiasts and we’re showing them the pinnacle of cycling, the Tour de France.”

I decided I’d talk to you because you’re a proud Basque resident now and the last time trial is in French Basque country but you’d know the area pretty well. All accounts is that it’s a really hard course. Have you been out and seen the time trial course?

Allan Davis: “Yeah, you know I’ve lived there for 17 years now, in the Basque Country, and that particular course has been one of my training routes for quite some time so I know it really well.

“It’s mostly up and down, like anyone who has been to the Basque Country knows, the terrain has not got much flat. So, I think the GC options at the Tour de France could be definitely unfolded on that day.

“So, the good time triallers will be following and trying to make up time – or put time into – some rivals on that day in the time trial.

“It’s pretty good for the Basque Country as well with its mad, passionate supporters of cycling. It’s good to have another stage [of the Tour] back in the country. Now that we don’t see Euskaltel in the bunch so it’s good to have a stage [for the fans].”

Note: Listen to the interview to hear Alby speak a few sentences in Basque… but there will be no attempt to transcribe what he says…

It’s a little bit of Spanish but I’ve also heard that the closest language it’s married to is Mongolian. Have you heard that rumour?

Allan Davis: “Well, I’ve been saying this to my [holiday] clients, actually last night over dinner. In fact, they can’t find another language that’s really similar to it.

“It’s the oldest language they have on file so it’s an unknown fact, where it has come from – the Basque language. There are no similarities with Spanish at all, even though we’re in Spain and France. It’s very unique and the culture is very strong and the Basque people are very passionate.

“That’s what I really like to see, as well – really passionate people [who are] vibrant and have a lot of heritage and a lot of respect for their heritage as well. It’s really nice to be a part of and live there.”

As a cycling man through and through, it’s good to be in a cycling heartland, isn’t it?

Allan Davis: “Yeah. I mean that was one of the main reasons why I stayed living there. When I first went there, when I signed with ONCE-Eroski, the whole Girona scene wasn’t what it is today. And I could have moved over that side of the world if I wanted to but the whole cycling passion you feel living there – probably [in line with] Belgium – that’s what made it really enjoyable, to be in that heartland of the Basque Country where cycling is very much a respected.

“It made it easier for training. Being a cyclist you’re respected off the bike as well. It’s a really nice part of the world to be especially if you’re a cyclist.”