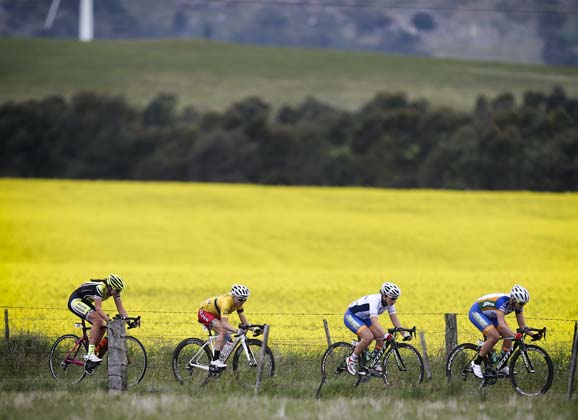 Another NRS race “deferred”: no men’s Battle on the Border in 2016

The men’s NRS continues to shrink and it will soon be announced that another event has been “deferred” for 2016. Following in the wake of the recent announcement from the Tour of Toowoomba that it’ll skip a season, is news that the Battle on the Border is also off the National Road Series calendar this year. 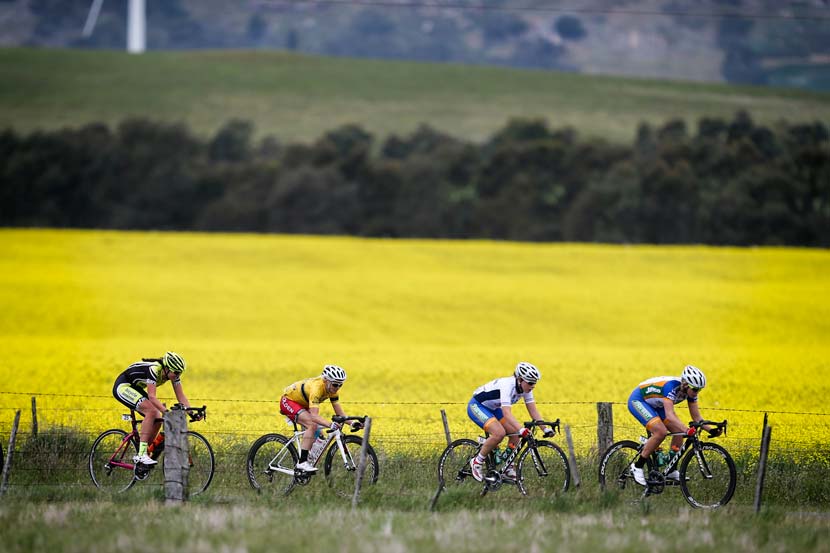 The women’s round of Battle on the Border will remain on the NRS calendar in 2016… but not the men’s event.
Photo: Mark Gunter

Event organiser Michael Crawley confirmed that the 2016 men’s Battle on the Border would not go ahead earlier today but reiterated that he’s a great supporter of the series and that he’s uncertain who should be held responsible for the demise of the men’s NRS round in 2016.

“We had two NRS products on the calendar this year,” said Crawley on 1 March, “the men’s race, which is now deferred, and the women’s which was to be held on 3-5 June.

“Our focus now is working with Cycling Australia to get the women’s event up. We had 76 women riders last year and we want to get 80.

“The men might be missing out but for the women’s race, I’m hoping for – and expecting – a huge field for the next battle. The NRS men isn’t the whole world.”

There were discussions with teams and other stakeholders to find a solution but it’s all become too much for this season and the racing days have dwindled even further for what is Cycling Australia’s local showcase series of road racing.

CA president, Nick Green, has promised a “review” of the NRS but there’s little reference of this with some of the key stakeholders.

“To be honest, I’ve never met the man, never spoken to the man,” Crawley said earlier today. “I couldn’t even form a view.

“We’re not involved in the review. We haven’t been asked to be part of the review, so I’m not even up to date with where that’s up to.”

So, for now, it’s onward for the women’s round and apologies to the men.

But it’s not all pessimism from this event promoter as Crawley admits that the NRS plays an important role in the betterment of cycling in Australia.

“That the NRS contributes to the development of emerging talent in this nation and it’s vital to be strong, to have numerous teams and race all over the country. It triggers – through its nexus points when it goes to the various locations – interest, motivation, inspiration for younger riders, clubs and teams. It’s more than just the riders who have a race, it’s actually a very major carrier of enthusiasm and passion for the sport.

“In my opinion, it’s got to keep going.”

The men’s Battle of the Border’s demise in 2016 is the result of a sequence that Crawley believes is simply “down to the state of the nation – it’s a bit messy in a way”.

He even admits that he should take some of the blame. “We’ve been responsible for some aspect of the deferment,” continued Crawley. “Maybe we hadn’t communicated early enough with the teams, maybe they misunderstood what we wanted to do… I don’t really know but some of those teams are ones that we’ve known for three or four years and we have a pretty good relationship with them.”

He hopes that the event will return in 2017 and there’s a vested interest in seeing the NRS succeed even though it’s not a money-making exercise for Crawley and his company QSM Sports Events.

“For us, at best, the men’s event was only ever going to be break-even. It wouldn’t make a cent but we were running it because we believe in the NRS program and because we could.

“From our point of view, there’s no financial loss or impact on our company.

“Our team is pretty disappointed with the level of support we’ve got, to be honest. That’s fair enough, we know things change but we thought we were going to run a pretty good race and offer a really great program with 100 percent of our attention and management time dedicated to the NRS.”

Now is the time for Cycling Australia to proceed with it’s review, to find out why what had once been a successful platform for competition is falling to pieces despite the passionate support it receives from a range of parties.

Crawley may have opted to pass on the event in 2016 but he believes in the fundamentals of the NRS.

“We’re a competition and events company,” he explained.

“We’ve been in the game over 20 years. We also run events and have done so for a fixed period of time. We just so happen to have a big interest personally in cycling – we have our own race team and we support cycling junior programs in the past and everything. We like cycling.

“The reason for our interest in the NRS is certainly not commercial, but it’s because we like it. The racing is exciting and it’s good for the sport.

“The NRS is the best thing for the national sport’s development, in my opinion.”