With four world titles and a wealth of experience, ‘Ash’ Ankudinoff is one of Australian cycling’s stalwarts. She won another national championship recently – the madison, along with Alexandra Manly – and is quietly optimistic about getting another chance to race at the Olympics.

– Watch the interview with Ashlee Ankudinoff, click the link below. –

Consistent and versatile, Ash Ankudinoff probably deserves a little more coverage in the broader Australian sporting media. The trouble is, her pet events are on the velodrome… and, frankly, track cycling doesn’t exactly attract much attention in 2021.

It might have been different. If Tokyo 2020 happened, it’s possible that track cycling would have enjoyed the resurgence that (sometimes) comes in an Olympic year. As it is, Ankudinoff – and many others like her – has to patiently wait to see if all she’s been working on will be worthwhile.

She was there in Rio back in 2016, part of an impressive troupe from the Australian Cycling Team that was in Brazil to race the team pursuit. A year earlier, Ankudinoff and her team-mates (Nettie Edmondson, Mel Hoskins and Amy Cure) won the world championship crown by beating the Brits in the 16-lap, 4,000 metre event.

That was 2015. And although it was a memorable ride in Paris, it seems like a lifetime ago. A lot of timber has passed under the wheels of pursuit specialists since… and it’s almost five years since they gathered in Rio to find out who would become Olympic champions. 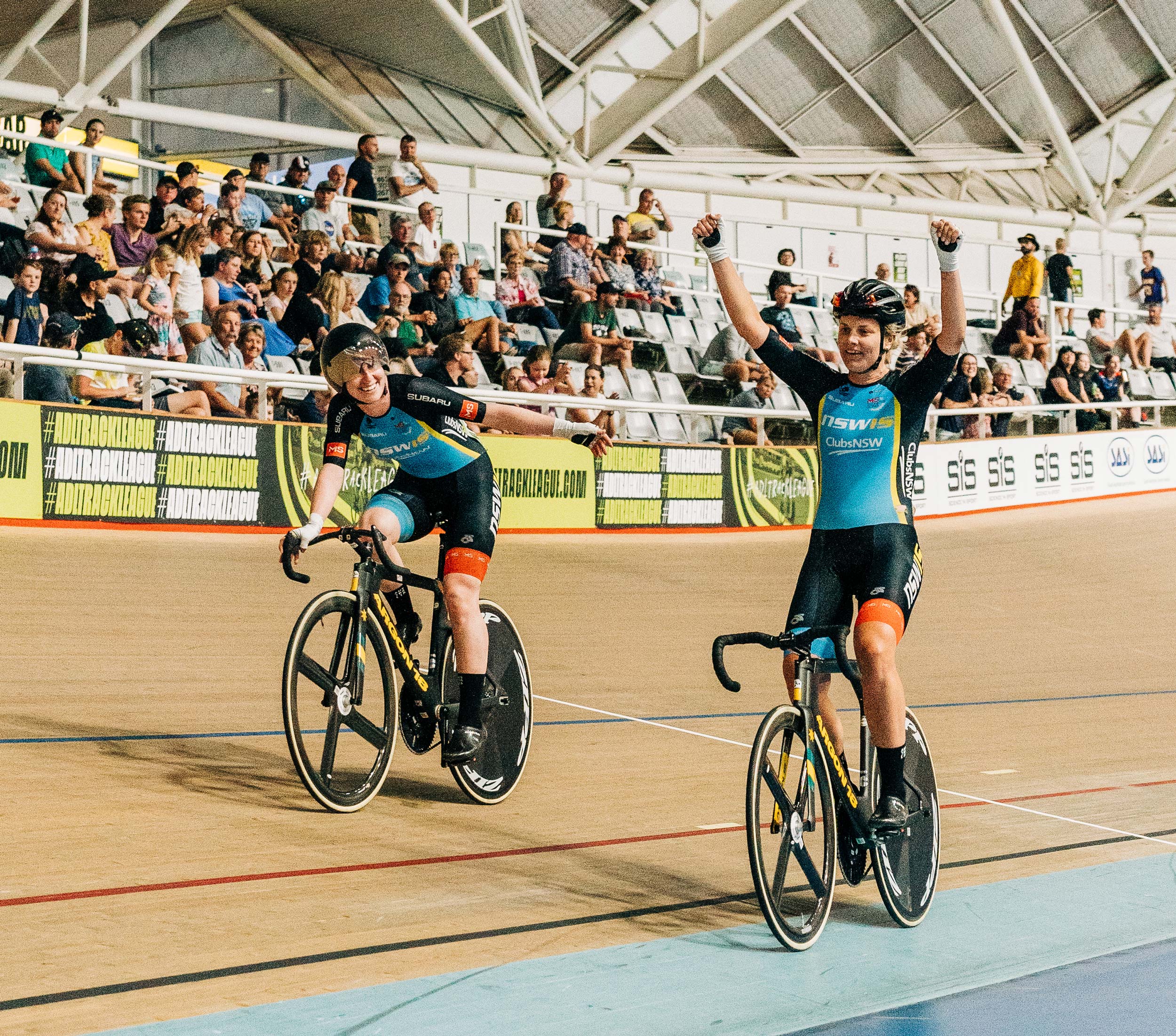 Ankudinoff remembers all her world titles: four of them (in the elite ranks), all on the track, and all worthy of greater attention. But, in 2021, track cyclists seem to have accepted that they are no longer the headline act. Bike racing has evolved and although the team pursuit is one of the fine traditions of our sport, it doesn’t always garner a great deal of coverage.

Still, those who know cycling understand that winning a world title and breaking a prestigious world record is indeed a big deal.

The world record did fall in Rio. Team GB did win gold (again), and the Aussies – heavily impacted by a crash in training days before the competition – were left wondering what might have been. 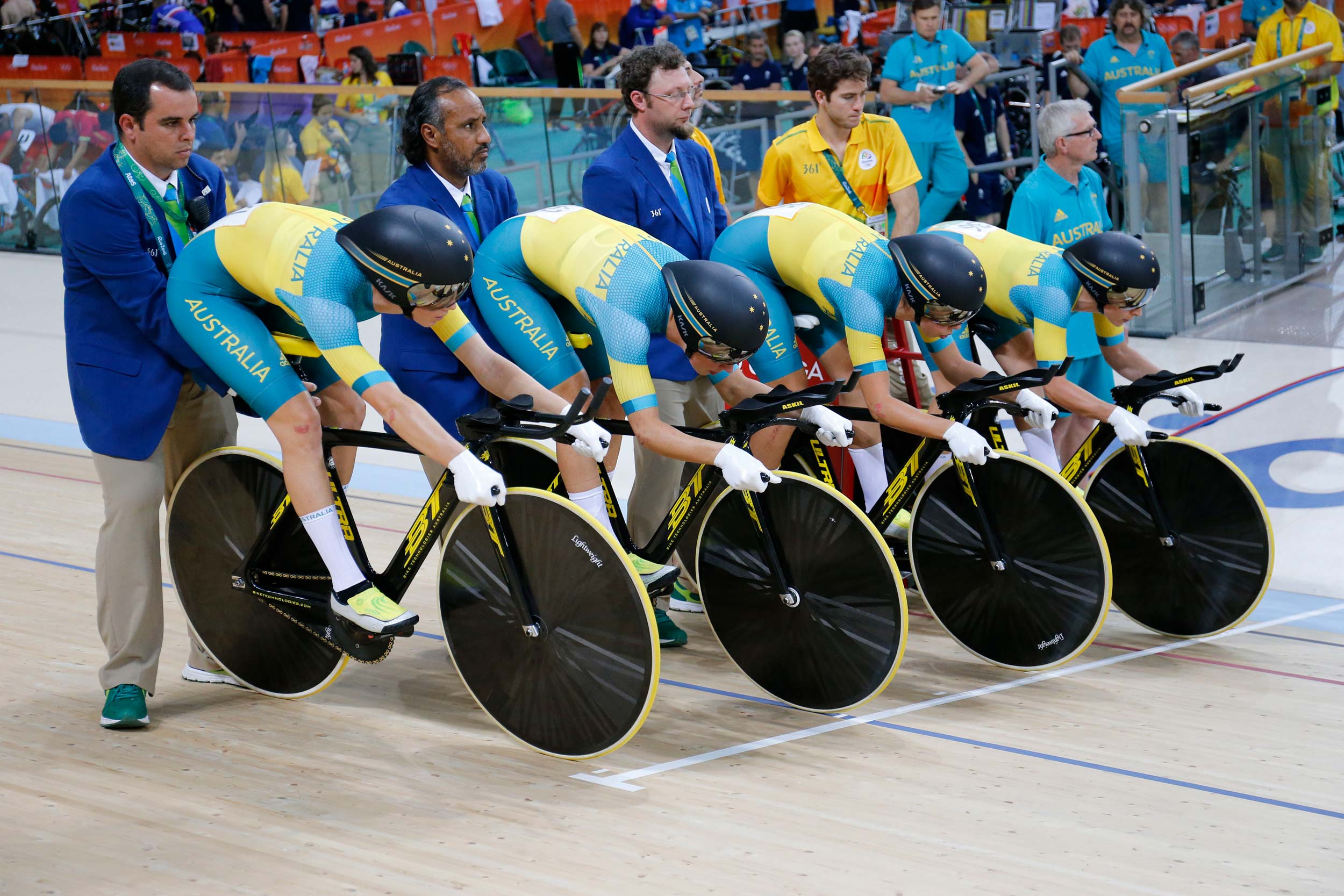 In the last women’s team pursuit contested at Olympic level, the Brits posted a time of 4:10.236 – the fastest even ridden on a velodrome. Ankudinoff says that, in 2021, the Aussies aren’t far off that world record.

As fast as it was (ie. enough to beat the US quartet by over two seconds in the Olympic final), Ankudinoff believes the time will fall to around 4:06 or even 4:05 if the Tokyo Games do go ahead later this year. And, she adds, it could be the Aussie team that is setting that standard.

It has been a long wait already and the months ahead will be filled with anxiety from the uncertainty of not knowing exactly what will become of the Olympics in 2021, but for track riders it provides motivation and inspiration just the same. Ankudinoff believes she’ll get to Tokyo, and she expects to be part of the team pursuit line-up when racing gets underway.

Will another world record be required to win a gold medal? That’s the expectation. Will it be an Australian success story? That’s also the expectation. We wait. We will watch when they do get their chance to race. And we hope that, one day in the near future, we get a chance to see what Ankudinoff and others like her are capable of doing on the 250 metre track in Tokyo.

Find out more about the team pursuit preparations, the recent national madison championships, and what Ashlee Ankudinoff has learned from her years in the national track cycling program, watch her interview and get to know her. She is one of Australian sport’s true stars and she deserves a chance to race for gold.