Ben O’Connor interview (part 1): “The Tour gives another level of taxation – it really hurts your mind”

After finishing fourth in his debut Tour de France, Ben O’Connor stayed in Paris for a couple of nights before catching a train back to his home in Andorra. RIDE Media caught up with the AG2R Citroën Team rider to discuss the race and how he saw it…

– Click the link below to watch part one of the Ben O’Connor Tour de France interview. –

“It’s different,” says Ben O’Connor about what it was like to race the Tour de France for the first time. “I remember after one of the Giros, I was completely destroyed but I actually feel okay after the Tour.

“I think the Tour gives another level of, I guess, taxation. It really hurts your mind, the mental fortitude you need – the mental strength… as a GC guy, when you find yourself in that spot, it’s hard to fight every single day.”

O’Connor dealt with the challenge in his own special way, but after winning the ninth stage to Tignes and moving up to second place in the overall rankings, he knew the Tour would be no ordinary race. If you’re in contention for a good GC result, there’s no time to rest – physically or mentally. 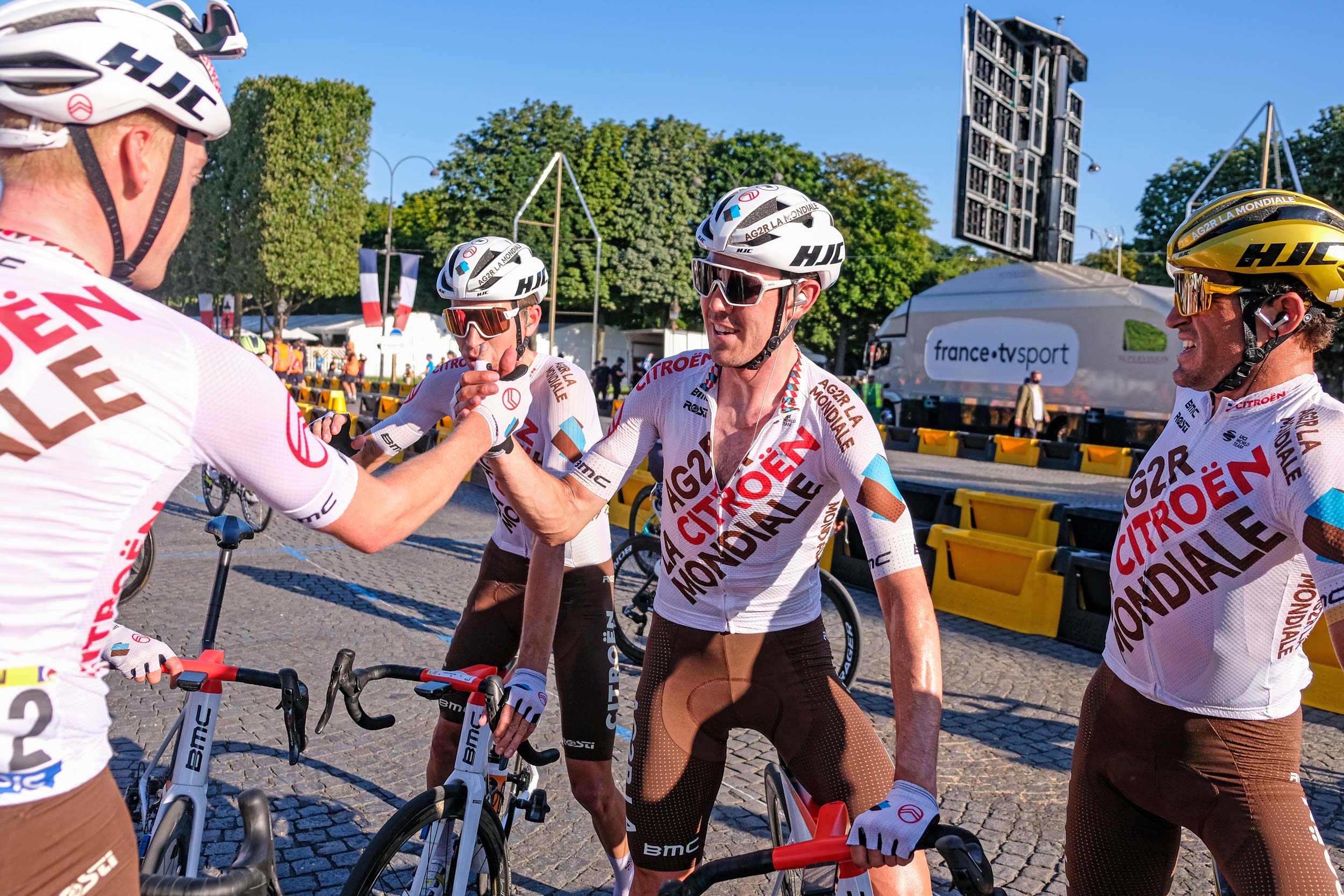 “I think I almost cried actually on stage 19,” he says of what was meant to be a ‘transitional day’ before the final true challenge, the time trial of stage 20.

“People probably turned on the TV and thought it was an easy day when the breakaway won by 15 minutes, but it was 120 kilometres of super-hard racing before that.

“Eventually, ‘Basta’ – that was it,” he continues of the opening stanza of racing on the final Friday. “The break eventually went and then we were just cruising up towards Bordeaux and the vineyards and there were so people.

“It was actually the first moment for me in the Tour de France when I was able to switch off and enjoy everything around [me], because every other time before then you had to think… there was always this nagging feeling of, ‘Okay, I have to be in position…!’

“We were, the whole race, together as a team – with ‘Ollie’ [Naesen], Greg [Van Avermaet], Micky [Schär]… I hope it showed on the TV but we were always there. And I think that one moment when we got towards Bordeaux, it was really special for me.

“It was nice to have this feeling of, ‘Okay, we’re fourth overall, in the Tour de France and I’m allowed to sit here, right at the front, whilst we cruise in.’ It felt like I had earned that in the world’s biggest bike race.”