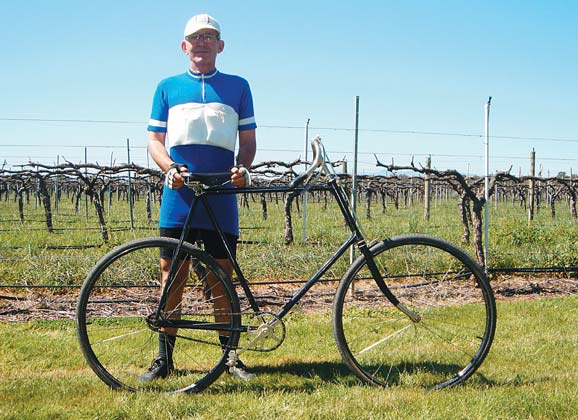 Bikes from the bunch – the online collection

Since 2002 ‘Caffeine Culture’ has been a regular feature of RIDE Cycling Review. [You can find the full list of destinations here.] It is essentially a narrative of bunch rides in different locations: where, when and how they ride in various parts of the world. Part of that section are the very popular ‘Bikes from the Bunch’ interviews where a number of riders from each bunch pose for a photo with their bikes and discuss various elements about their equipment, their riding background and why they ride.

There is a collection of hundreds of such interviews and as they have only ever been published in print, we thought it was a good time to share some of the commentary from over the years in an online format.

We have had a vast and eclectic range of riders and bikes, an array of opinions and appraisals, and some interesting commentary about cycling from these quick chats. With the exception of a few issues, the line of questioning has remained the same since 2002: six topics are raised and commentary flows from there. The points we encourage the riders to talk about are:

Inevitably we find out something interesting about the bike and its rider. Often comments echo sentiment raised in previous issues. “Cycling is a great equaliser” – that’s one point that gets repeated regularly. Despite the fact that there is some repetition, it is still fun to look back through the archives and consider the evolution of the bikes, the riders, the bunch riding culture, and the general uptake of cycling over the years.

To begin our online catalogue of ‘Bikes from the Bunch’, we visit Beechworth – a regional Victorian town that has a long history with cycling, a large riding community, as well as an annual ride organised by John Hennessy that requires participants to use equipment from a bygone era. We visited this place in RIDE #34 (published in September 2006).

We’ll update this page with new instalments as they are added to ridemedia.com.au. 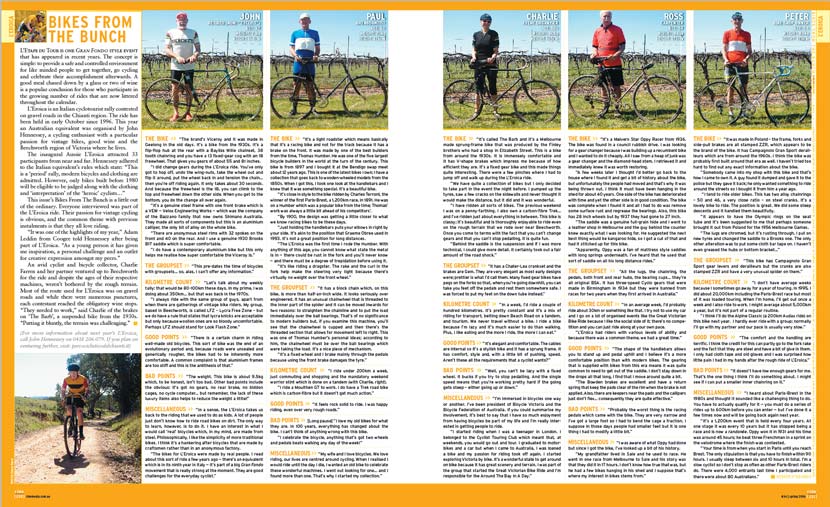