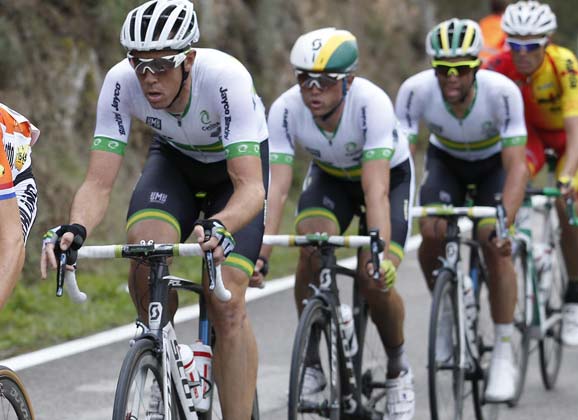 Bradley McGee – selections for the Worlds

The UCI Road Cycling World Championships in Richmond, Virginia are less than a month away. There’s a lot of planning that goes into the races for the rainbow jersey and RIDE recently caught up with one of the Australian team’s selectors, Bradley McGee, to find out what the selection might be.

Michael Matthews, Simon Gerrans and Simon Clarke are obvious candidates while the presence of some others who might seem logical for the selection – like Richie Porte and even Caleb Ewan – is yet to be decided. 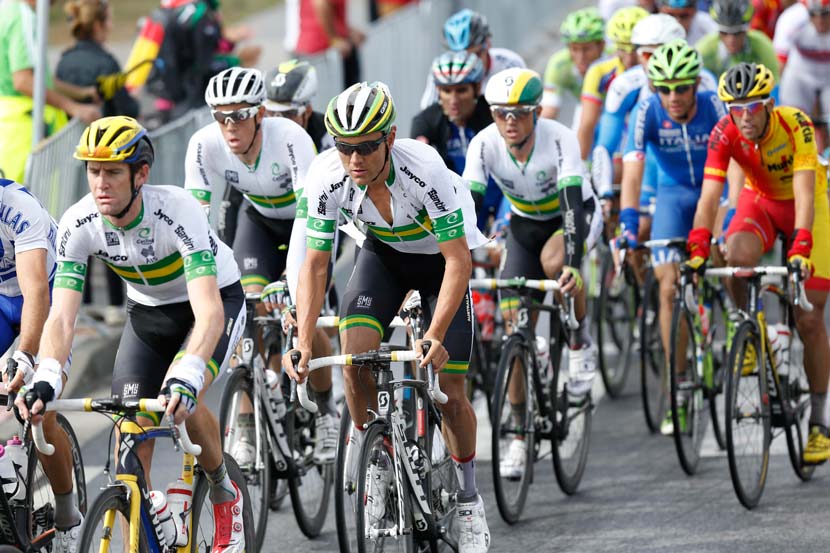 RIDE: Let’s start with the up-coming World Championships in Richmond. You’re making [the team] selection – or have you already made the selection?

Bradley McGee: “We will pretty much make the selection after this weekend. It’s a different timeline this year, because of the considerations we’ve got to make around getting to America – logistically it’s a nightmare… so we put out quite a while ago now that there won’t be that typical long team and then, a few weeks later, the short team selection. It’ll just be pretty much straight into the final team.”

And based on what we saw this week, do you imagine that Caleb is going to get a start?

“Ahhh, look, Caleb has been part of the conversation for a while, not so much looking at this year but just anticipating what’s coming up in future years. You’ve got to already start to consider these things.

“I don’t know really where it’s going to land but don’t be surprised if his name is not in there somewhere because we just want to keep that long-term consideration there.

“If there’s an opportunity because things can work out – that a rider might put his hand down [for a nominated place in the team], or they’re injured, or they crash out… we do have quite a long list of reserves to call on.

“Currently with the rider lists, it might not be much of a surprise that he’s on there on that long reserve list.”

But otherwise, the leader would be Michael Matthews – is my understanding of that correct?

“Um, that’s yet to be determined. Of the protected riders, it would be between Matthews and [Simon] Gerrans, all things tracking well, and Simon Clarke – the usual suspects. 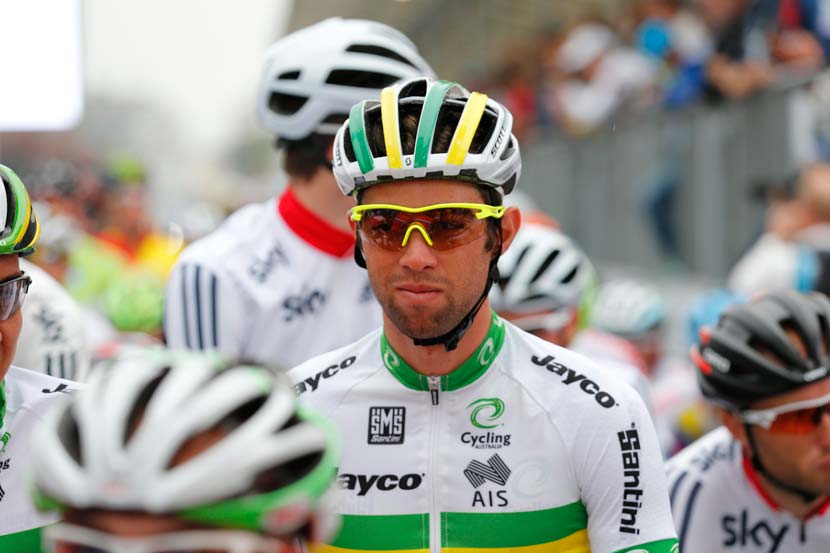 Michael Matthews is looking forward to the World Championships being held on a course he believes suits him well.
Photo: Yuzuru Sunada

Have you seen the course in Richmond?

“Only GPS fly-overs, videos, maps… I haven’t actually physically been to Richmond.”

They always tend to talk “sprinters’ courses” up and then the World Championships do come around and they do tend to be quite difficult. What’s this one like?

“It is going to be brutal. It’s quite unforgiving, particularly the way the final challenges accumulate leading into that final ‘sprint’.

“You could predict a sprint but it’s going to be a bloody tough one that will take a top bike rider to win on that set of recurring challenges – the loading coming in to that final sprint is going to be extreme.”

Can you give us a rough outline of the nine that you’ll pick?

“Yeah, normally we’ve got a selection of nine riders [for the men’s road race]. I don’t think things have changed too much – Australia is amongst the top teams in the world so we get nine and we’ll have another five or six reserves that we can name in the potential line-up.”

“These guys are on track and have been part of the considerations from day one, yes.”

And what about Adam Hansen? Do you bring in someone like that just because of his experience?

“I always like to go in with some strong back-house types – I call them my ‘Henchmen’. The leg work, the soldiers, the brute force! And there’s not too many better than Adam Hansen. And he’s got his hand up, so that’s a good thing.”

We’ve seen an extremely good Mitch Docker this week in the Vuelta. Have you been paying attention to him?

“Mitch has also been part of our discussions. I’m getting an understanding of that important role that he plays in the Orica-GreenEdge team. That’s been quite a revelation for me this year; it’s been pretty hard to pick up on that being on this side of the planet, but all the character references that I can get from anyone, the appraisal for Mitch Docker has been very positive.

“He’s someone that I’m now quite interested in and am seriously considering.”

And Richie Porte? We haven’t heard much of him since the Tour. Have you been in touch with him?

“Yeah, I’ve been in touch with Richie, not just for this year but obviously looking towards next year and the Rio campaign.

“Not to get too far into it, but I’d say it’s quite unlikely we’ll see him put his hand up for this year’s Worlds.

And who is on the selection panel? You, Kevin Tabotta and…?

“Dave has been a really welcome inclusion this year, just having a man on the ground, in the thick of it, and able to see things first-hand and have a lot more in-depth insight than what you can pick up from email, Skype calls and websites.” 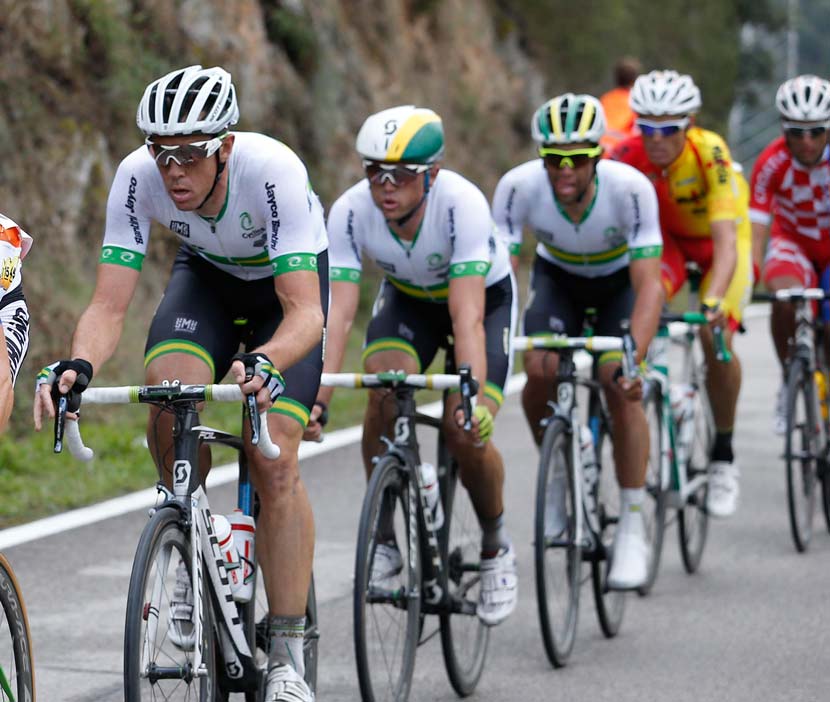 Hayman, Gerrans and Matthews during the race in Ponferrada last September… Gerrans was the runner-up.
Photo: Yuzuru Sunada