Caleb Ewan interview: “I don’t sprint so aero anymore, not as much as I used to”

“I don’t sprint so aero anymore, not as much as I used to. I don’t know why. Maybe as I’m getting old, I’m not as flexible. When I look at photos or videos of me sprinting, I just don’t seem that I get as low as what I did a few years ago.”

Everyone knows the sequence at the end of Milan-Sanremo. There’s the fast ride along the coastline, followed by the climbs of the Cipressa, then the Poggio, then the descent into town and the sprint on the Via Roma.

Another classic edition of the race was contested on the weekend and, for the second time in four years, Caleb Ewan led the sprinters to the line and finished runner-up in the first Monument of the season.

Only metres ahead was a rider who had attacked at the base of the Poggio descent, Jasper Stuyven.

It’s likely that you know that story, that you’ve seen that exciting finish, that you understand what happened in the race.

You probably know that the 299km race was fast this year, an average speed of over 45km/h.

And anyone who knows cycling would understand that it’s hectic and quick, especially once the peloton hits the coast and knows the Cipressa is nearby.

But not everyone knows that Caleb Ewan took a toilet break between the Cipressa and the Poggio last Saturday.

He explains this, and a whole lot more, in a long interview in which we speak almost exclusively about the race on the weekend. 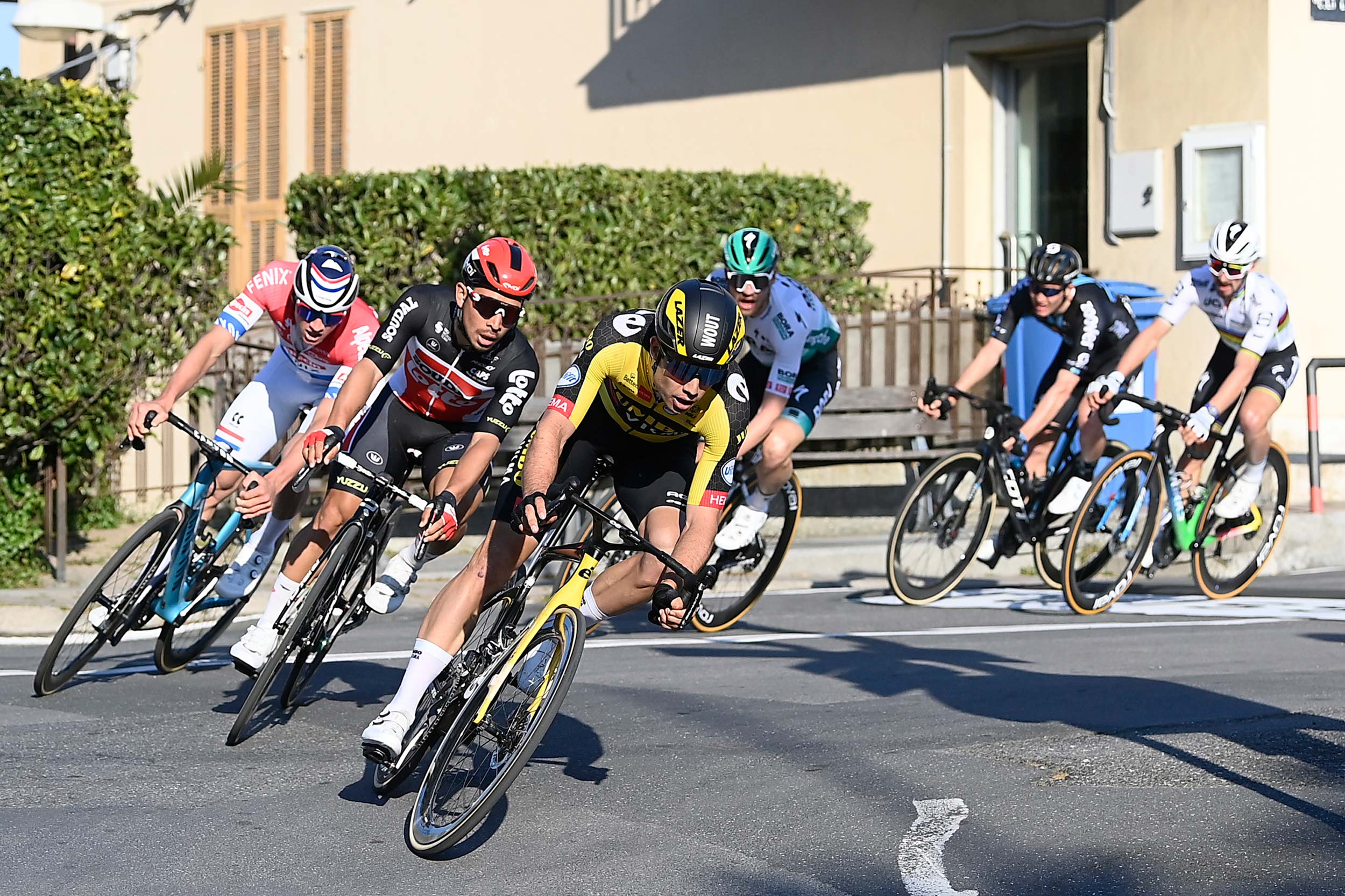 “I started [the Cipressa] way further back than I wanted to,” he says of the finale.

“Going up the climb, I was fine, but coming down the descent, I think it split.

“I was in the bunch over the top and then someone must have lost the wheel on the descent and it’s super quick once we get off the climb, and then that gap just opened up.

“But I had team-mates there with me, so I was pretty relaxed.

“I even had a toilet break when the gap was there, so I wasn’t too stressed.

“I never had to go in the wind or anything like that… I knew there was always going to be guys in that group that wanted to be in the front. So, you need to take that gamble.” 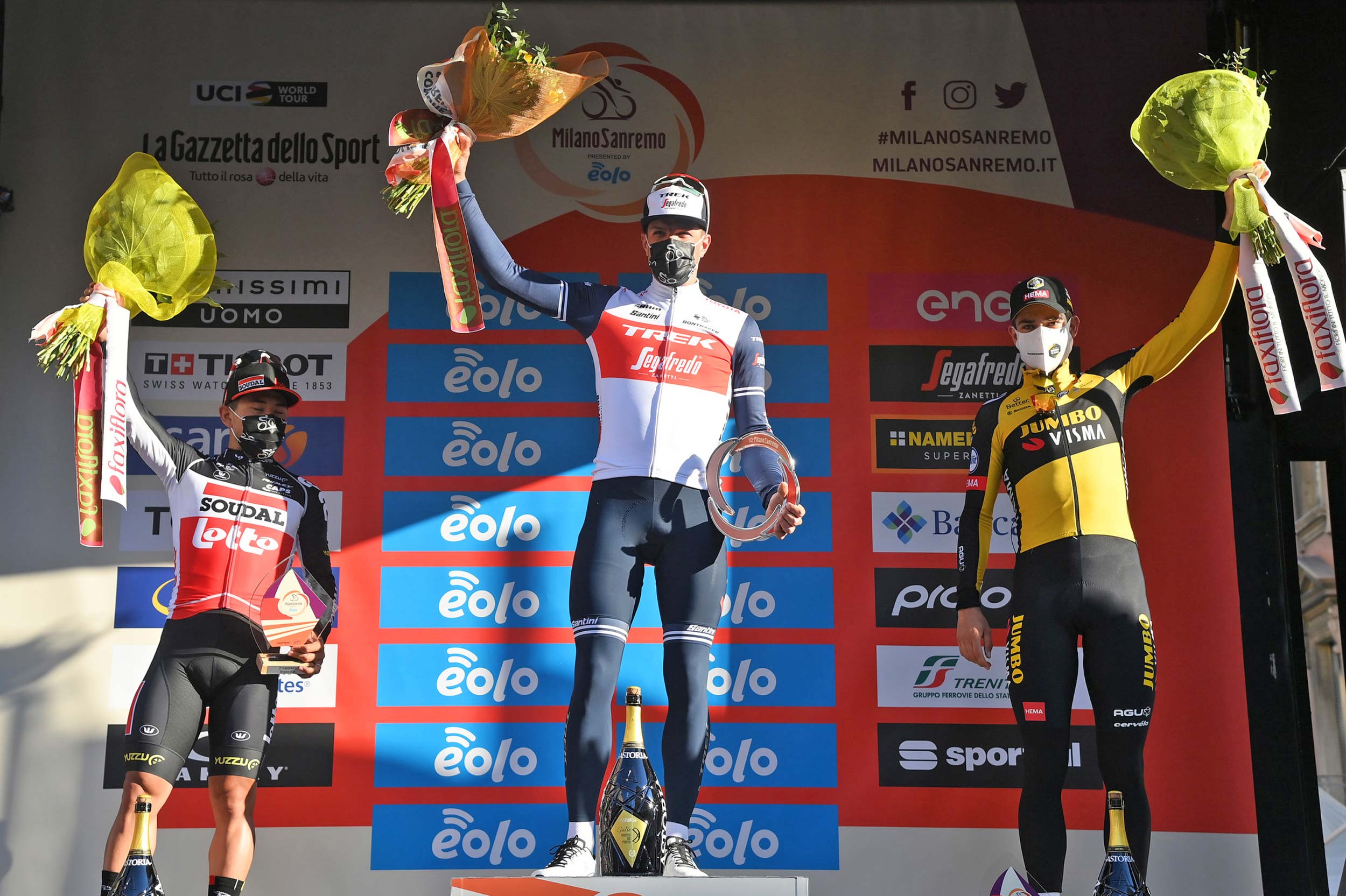 He says it so casually that I felt the need to clarify the point: you had a toilet break between the Cipressa and the Poggio? I asked.

That’s one little bit of insight Caleb Ewan offers in his interview with RIDE Media. Watch the full exchange and you will probably learn a few more things about the rider, the race, and the nature of sprinting in 2021. There’s always a lot to talk about with Caleb, but this time we hold focus and consider the details of Milan-Sanremo and a second place that he should be proud of… even if he is a little disappointed.

It’s a race he knows he can win… but for now he’s a two-time runner-up.