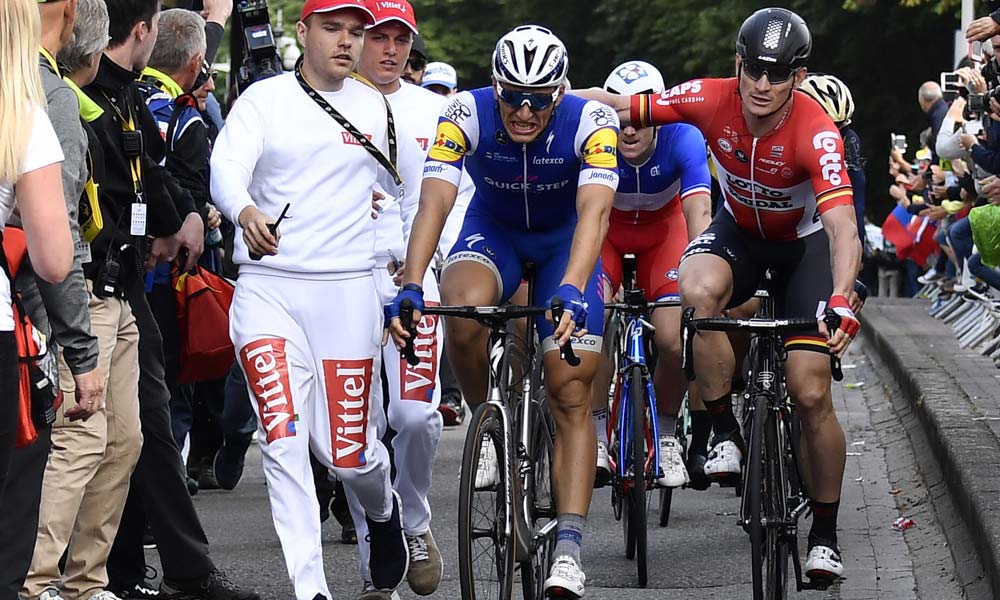 Disc brakes at the Tour de France: a mechanic’s perspective

Another flat stage, another chance for the sprinters. Another opportunity to see disc brakes in use in the Tour de France. We talk to the mechanic from Quickstep who works on Marcel Kittel’s bike…

As we well know, the second stage of the Tour in 2017 was the first ever won on a bike with disc brakes. Although Specialized launched a new iteration of its Tarmac frame on the day the race began, Marcel Kittel used a Venge frame on the day of his victory ahead of Arnaud Démare in Liège. The new bike is aero and light and is said to boast many improvements on the previous version, but the sprinter opted for the fully aerodynamic Venge – fitted with Shimano’s latest disc brakes – on Sunday.

For the hillier stage on Monday, he was back on a Tarmac which had been wrapped with green handlebar tape to compliment the green jersey he wore on the road to Longwy.

The Venge used by Kittel in stage two is 1.5kg heavier than the Tarmac of stage three.

But it’s the braking system not the weight that got most of the attention. It was, after all, a precedent win. We can only imagine what kind of bonus clauses were drafted into the contract; if that’s not the case Specialized earned a marketing coup from Kittel’s triumph. 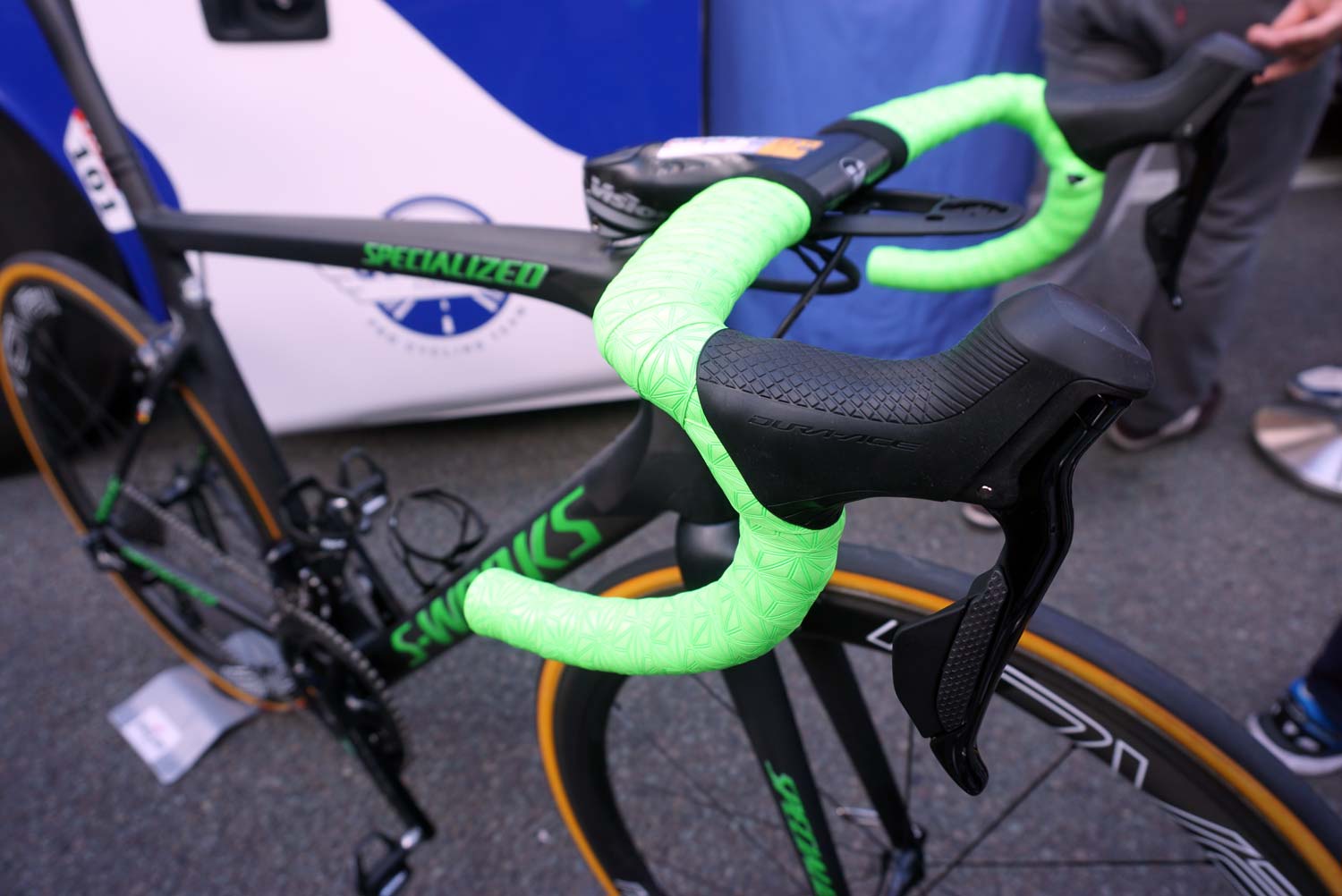 Kittel and others who raced disc bikes in stage two, switched bikes for stage three which was hillier… and raced in dry conditions. For more of Kittel’s Specialized Tarmac scroll down and see our gallery…

Disc brakes aren’t new but here they are being used in the Tour de France. And winning!

To add even more credibility to the story, Kittel changed a front wheel during the stage and so the full drill was put to the test.

How is it changing a wheel with a thru-axle in a stressful race environment?

Rune Kristensen is the mechanic from the Quickstep team who fulfilled that duty on Sunday. We spoke to him about the bike, the brakes, the wheel change and the differences of working on the Venge versus the Tarmac. 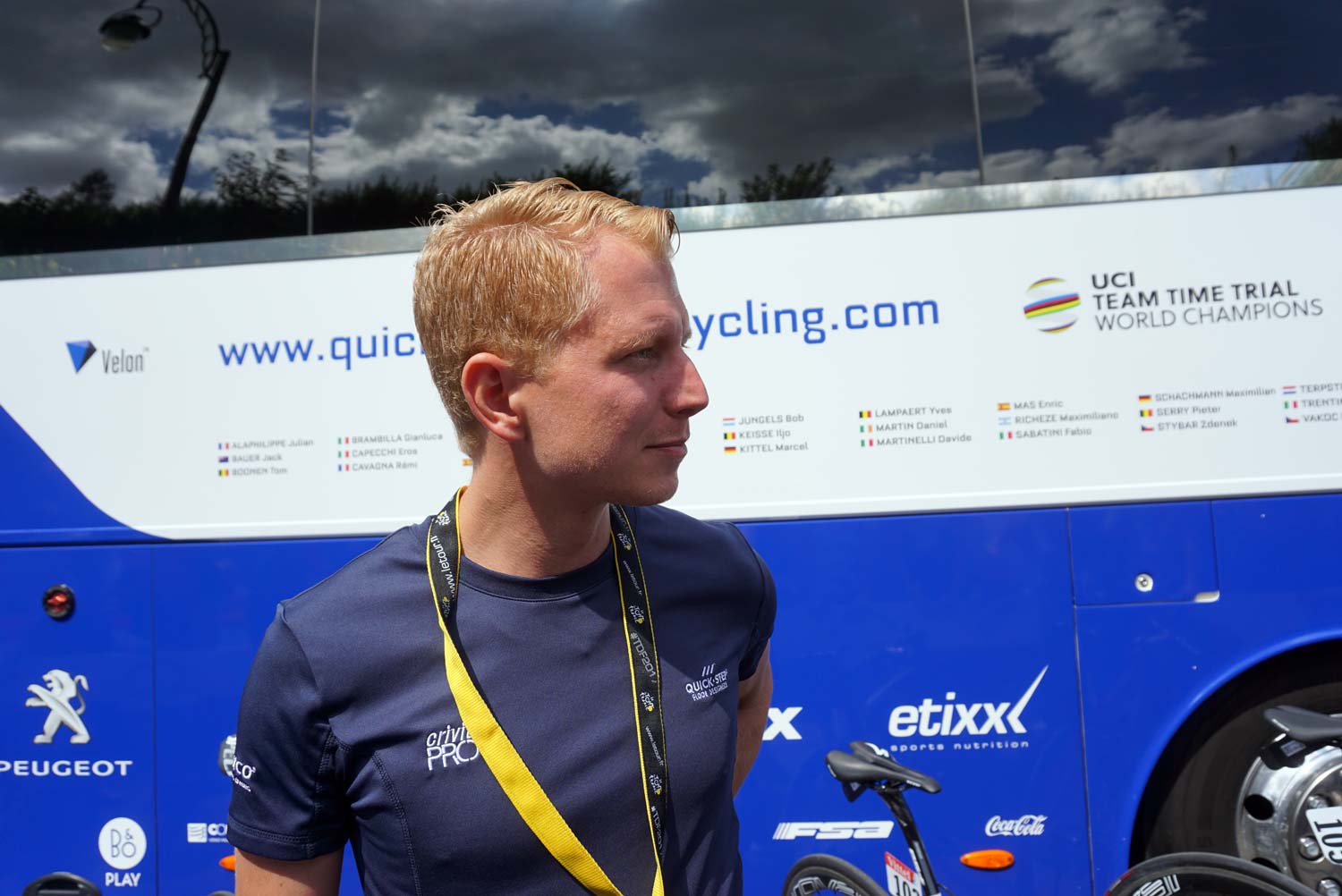 Rune Kristensen, the mechanic who did the first disc brake wheel change in the Tour de France…

RIDE: So, a bit of history with a disc brake bike winning a stage of the Tour de France. I’m with the mechanic from Quickstep, Rune Kristensen, to ask a few questions about it.

Was [Marcel] the only rider on the team with disc brakes?

Rune Kristensen: “Yesterday he was the only rider. We had one rider who asked to swap during the race because of the rain but we didn’t bring the bike so we didn’t swap.”

He had a flat tyre, is that right?

And an easy change? No problem with the thru-axle?

“Yeah, it’s okay. We have a few things that would be nice to modify but it’s the first time and I think it went okay.”

Compared with a traditional wheel change, what would you give yourself out of 10?

“Ah, it’s the first time, so probably not that high. I don’t know.

“It went well and it’s something we have to get used to – and when we’re used to it, I actually think we can start to swap it more often instead of swapping the bike.”

It wasn’t a big hinderance for him at all?

“If it was in the final, then that would be too much stress but otherwise it’d be okay. If you have time, it’s always better that the rider stays on the bike.”

Today (stage three), with it being more of a hilly stage, we see some green handlebar tape on a new Tarmac. Anything special about it?

And Marcel is sprinting on what gear?

“Yeah, it’s cool huh? Hopefully he can get a few more.”

Mechanical wise, do you feel like there is any hindrance with the disc brake concept?

“No, especially with the new groupset. It’s really easy.

“It’s mostly during the race we have to get used to differences: if we have to swap bikes or change a wheel…”

We can safely assume that Kittel will be back on the Venge for stage four. And going on his display from the other day, we can also assume he’ll be in with a chance of turning “10” to “11”. 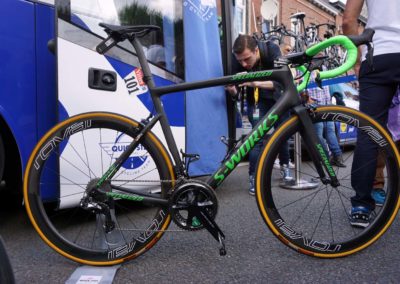 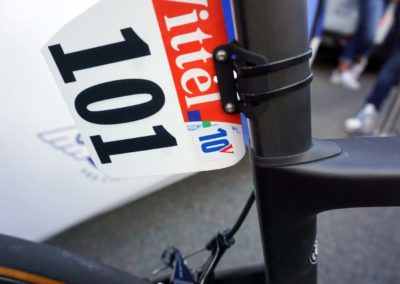 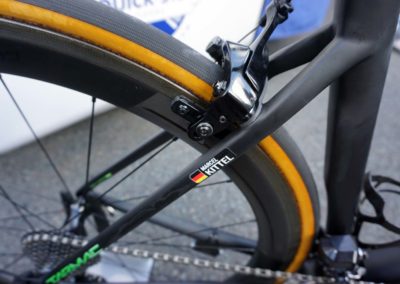 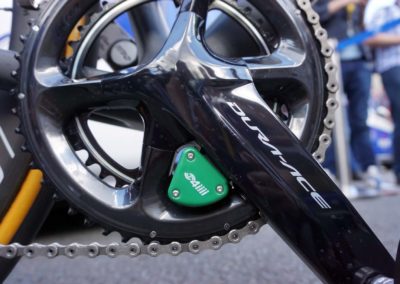 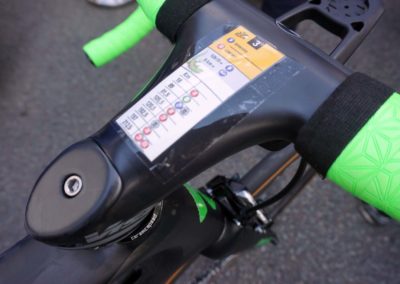 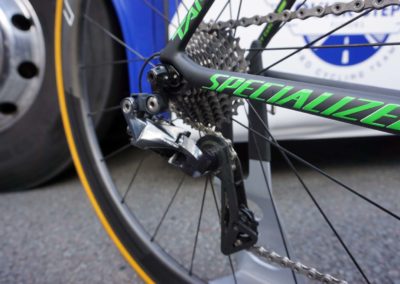 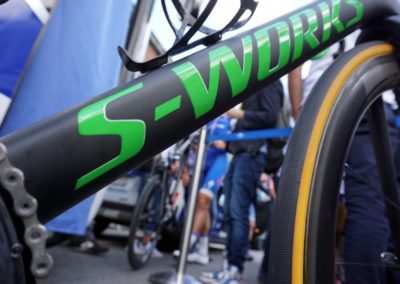