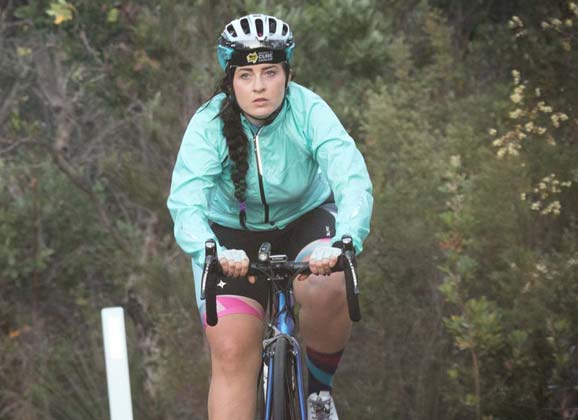 It’s not a new concept but there are many reasons why cyclists are taking to ‘Everesting’ – the challenge of riding the equivalent of 8,848 vertical metres. Find a hill, ride up (and down) long enough to get that sum total required… and then collapse in a heap.

Exhaustion and satisfaction all rolled into an unforgettable experience. Who’s keen on having a go?

Sheyleigh Walsh’s mother died of cancer four years ago and she decided to join the so-called ‘Tour de Cure’ ride and raise funds for cancer research. Rather than just undertake part of that challenge she created an additional one for herself. 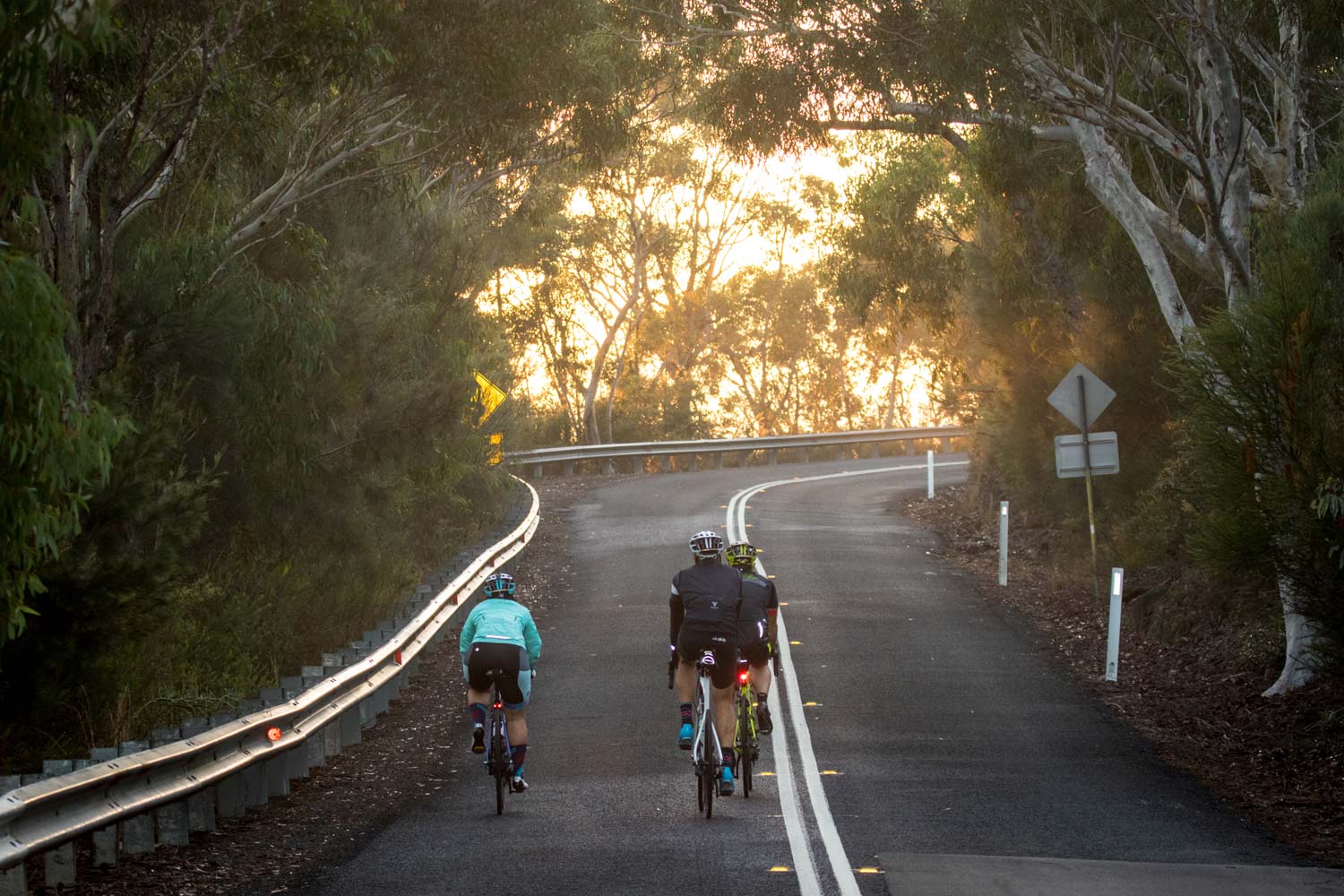 We caught up with Sheyleigh two weeks after her Everesting ride to ask about the experience.

According to Everesting.cc, she one of 994 people to have completed the challenge. Are you tempted to join that club?

Click the Soundcloud file to listen to the interview and/or read the transcript below.

RIDE: I’m speaking with Sheyleigh Walsh who, a couple of weeks ago, did a little bit of ‘Everesting’ – or not a little bit. You were riding for over 40 hours, is that right?

That’s a big effort. What inspired it and how did you find the whole experience?

“Tiring, to say the least.

“I was driven to do it for the Tour de Cure. I’m fundraising at the moment [for] the fight against cancer and basically I wanted to do something that was a bit crazy, that made everyone’s jaws drop a little bit so that they would have that incentive to donate to the cause.

“I’m only doing two days on the Tour [de Cure] myself, which is 260 kilometres in that time but a lot of people would say that that’s a weekend for me, so it wouldn’t be that much for me to [do].

“I wanted to show that I was willing to suffer for the cause, because it is such a great cause.

“I thought, ‘Alright, well what can I do?’ And ‘Everesting’ caught my attention and I was like, ‘Okay, now where do I do it?’

“And that was the search for The Perfect Hill.” 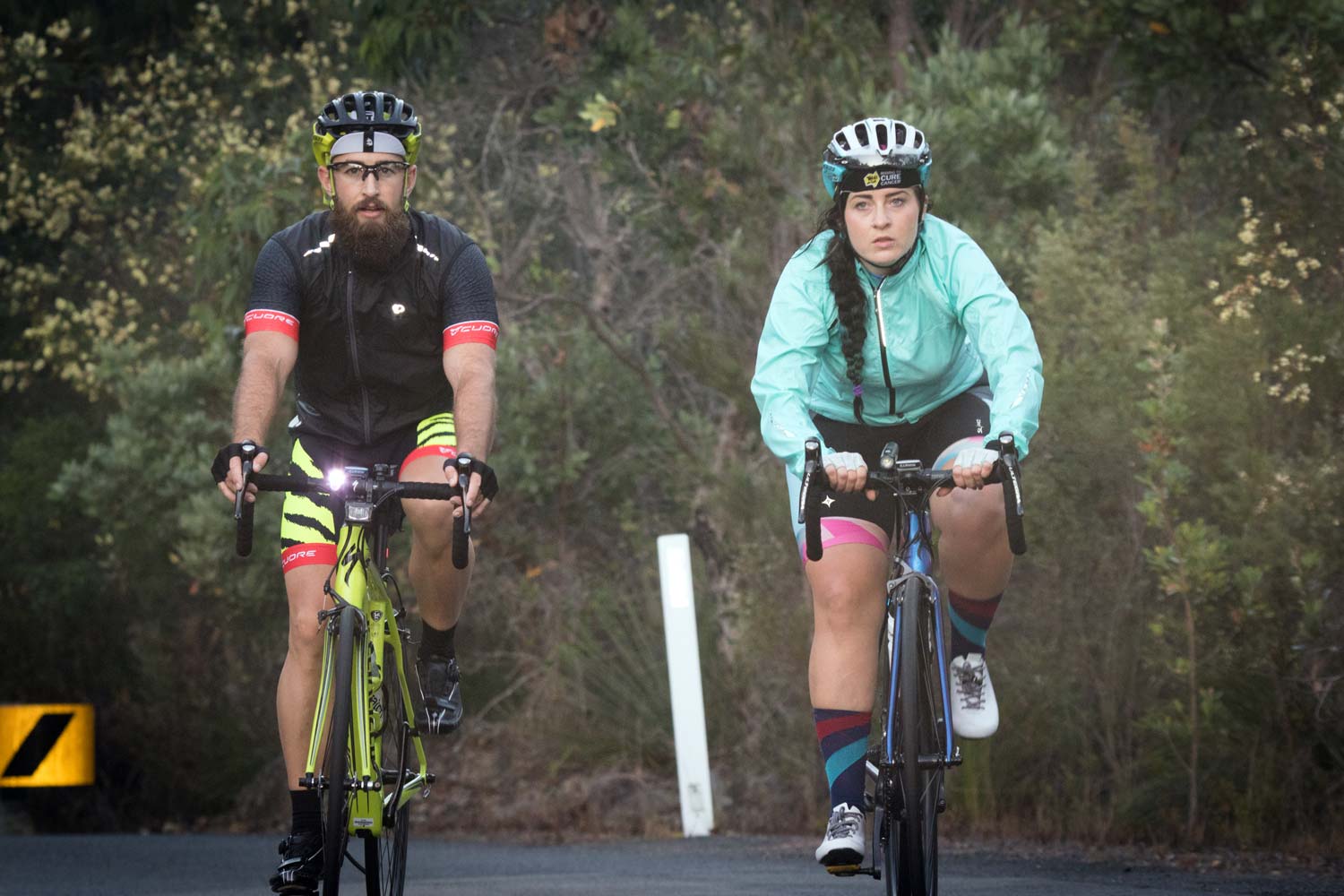 So you’d know that hill very well. Where was it and how many ascents did you do?

“Luckily, I picked that out in January and no one else had done it before then. I actually managed to keep it a bit of a secret for a long time, not telling anyone where I was doing it. And someone actually did the west side on February 28… another Sydney-sider. So I’m lucky that they didn’t do my side.”

Why is that? You want to be the first to do that particular hill?

“The idea is you claim your own mountain.

“It would still count if you do [a climb someone else has done] but it’s not ‘Yours’. That east side, is mine.”

Did you plant a Sheyleigh Walsh flag at the top when you finished?

“Ah, I believe there’s a sign that says ‘summit’ at the top, with a smiley face. I might also add to that ‘Shey’s Mountain’ or something like that.”

You ended up covering over 400km. How far was it in total?

“It turns out it was 471km, there was one devastating lap where I realised my Garmin was still paused so when I finished actually doing the event it was 465 but by the end of it was actually 471.” 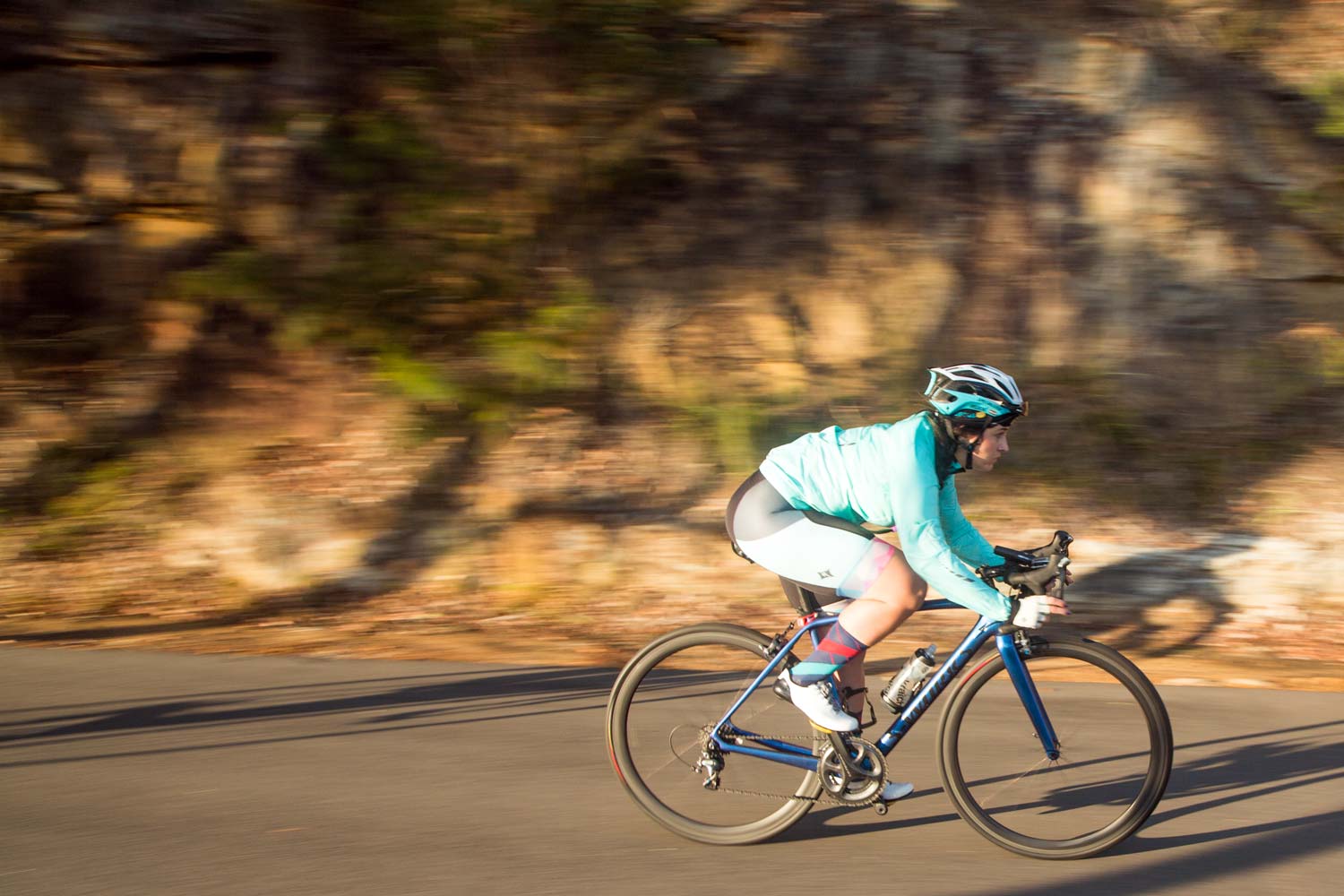 And you are counting everything, so let’s go through the numbers. What other stats can you give us from that experience?

“I know that it was somewhere around 8,900 metres [of climbing] because I got halfway up the hill when I hit 8,848 (the height of Mount Everest).

“I started at 4.00am on Friday morning and finished around 6.30-ish on Saturday: no sleep.”

Did you take a break? You had to eat or did you just do that on the bike?

“Well, you do take breaks, obviously. I actually managed to eat too fast at one point and was crippled by a really bad cramp and had to stay still, which was very infuriating!

“Basically it’s a really fine balance: you don’t actually want to take breaks because that adds time – the more breaks you take, it’ll delay the finish and you’ll have to stay awake longer… so it’s not ideal to do that.

“My support person, I had a wonderful girl called Kath stay awake the whole time with me, and she was basically filling up bidons, getting food out to me, everything like that… finding my stuff when I came back down the hill, say if I wanted armwarmers or stuff like that. She was great but I actually had to keep parking for the first 13 hours, we had a little campsite.

“So that freaked me out.

“I didn’t end up parking again after that.”

So you did 26 hours straight?

“Oh, no… I stopped but I didn’t actually have to go and park in at the camp to refuel again.” 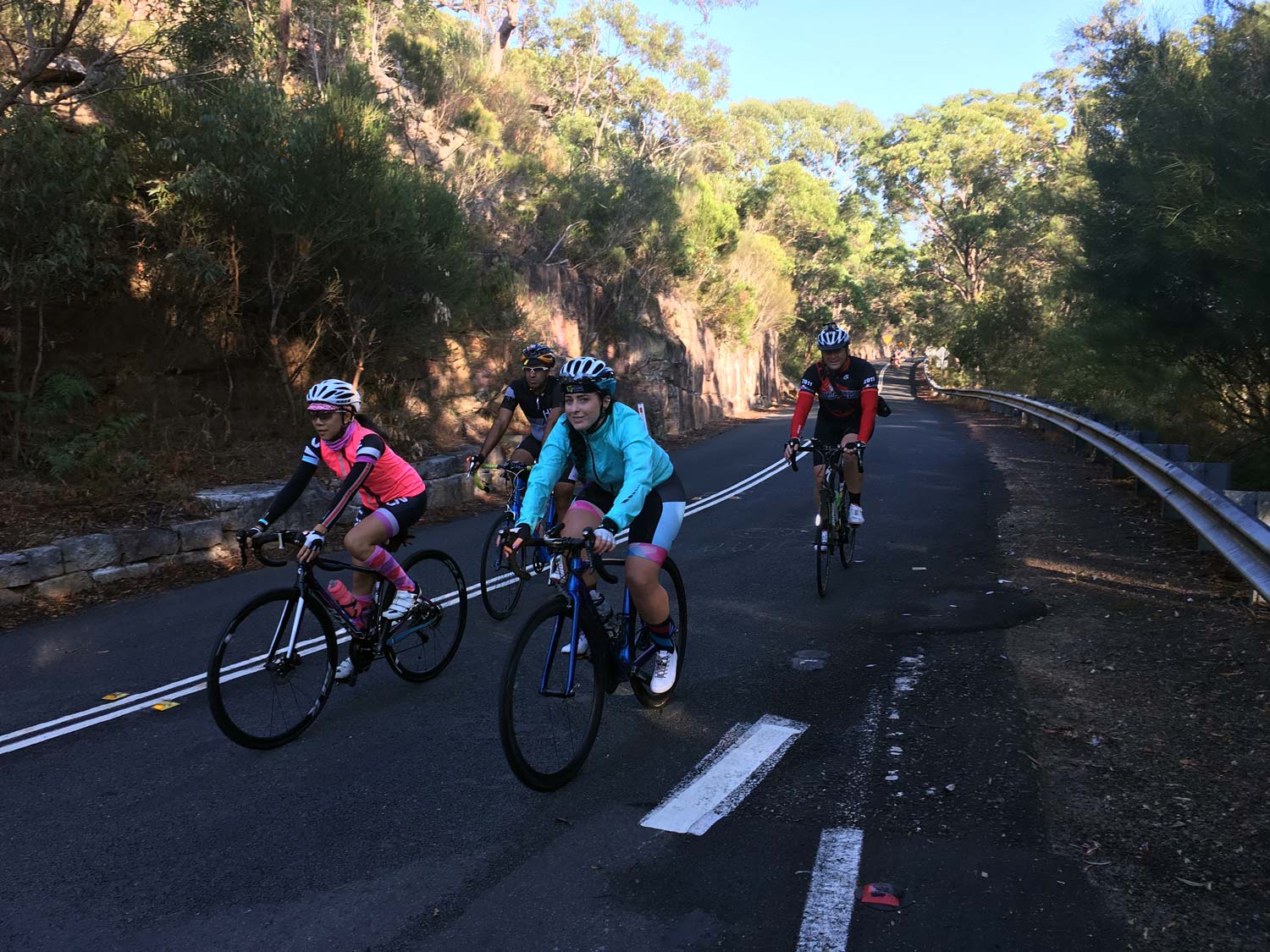 Was it worth it?

“Definitely. I thought I would actually get really sick of Akuna Bay… but it’s kind of really a magical experience because you see it in such different lighting throughout the different times.

“The first day it was actually raining the whole day. It was all grey and I saw it in the morning when it was dark and grey but also absolutely pitch black… then to just grey and then it goes through to night time and the next day it was sunshine.

“It was just incredible seeing it at all these different times. It was indescribable.

“But, the descent: insane! Every single time down, it is a lot of fun. You hit the same bumps, you get the same little bit of air over that little bump in the road where you can jump off it…”

Was it not tempting to find, perhaps, a longer climb so you didn’t have to do it quite so many times?

“There’s a fine balance when you’re picking a hill, for that reason.

“Another person I know tried to attempt an Everesting and got to 7,600m and gave up just because he was too exhausted. So, close but not quite… but for that one he did Parriwi Road, near Manly. With that one he was looking at 141 reps. It’s a much shorter hill, it’s a 1.9km climb… but the thing is, when you do that, the recovery is not so great.

“Then, when you do really long ones it’s less reps but it’s very, very tough.

“I think I found a really good medium actually. I was very happy with my choice.”

You ride a Specialized bike, is that right?

So tell me about that. What equipment decisions did you make?

“I definitely made sure that I had nothing extra on the bike that I didn’t need. But the bike itself is incredibly light; it totals to seven kilos without [lighting] equipment on it.

“It’s an S-Works Tarmac. It’s a bit mean of me actually because it’s the only 52cm frame that came into Australia, so I [took] the only ‘boys’ bike that came in of that model and that size… but I love it so much, and it’s in good hands.

“It’s got a [Specialized] Power saddle.

“It’s an incredibly light bike and I got a BodyFit to it as well so I never had… like, of course I had discomfort by the end but it took me a long time to get to the point where I was actually uncomfortable.

“It was only really fatigue that made me that sore, not the fit.”

And what gearing did you opt for?

“I’m on [Shimano] Ultegra at the moment.”

“I’m not sure to be honest. I’d have to double check.”

Okay, it’s neither here nor there…

“I bought the groupset and we put that on the bike. It was just a standard groupset and it came with a 25 cassette at the back.” 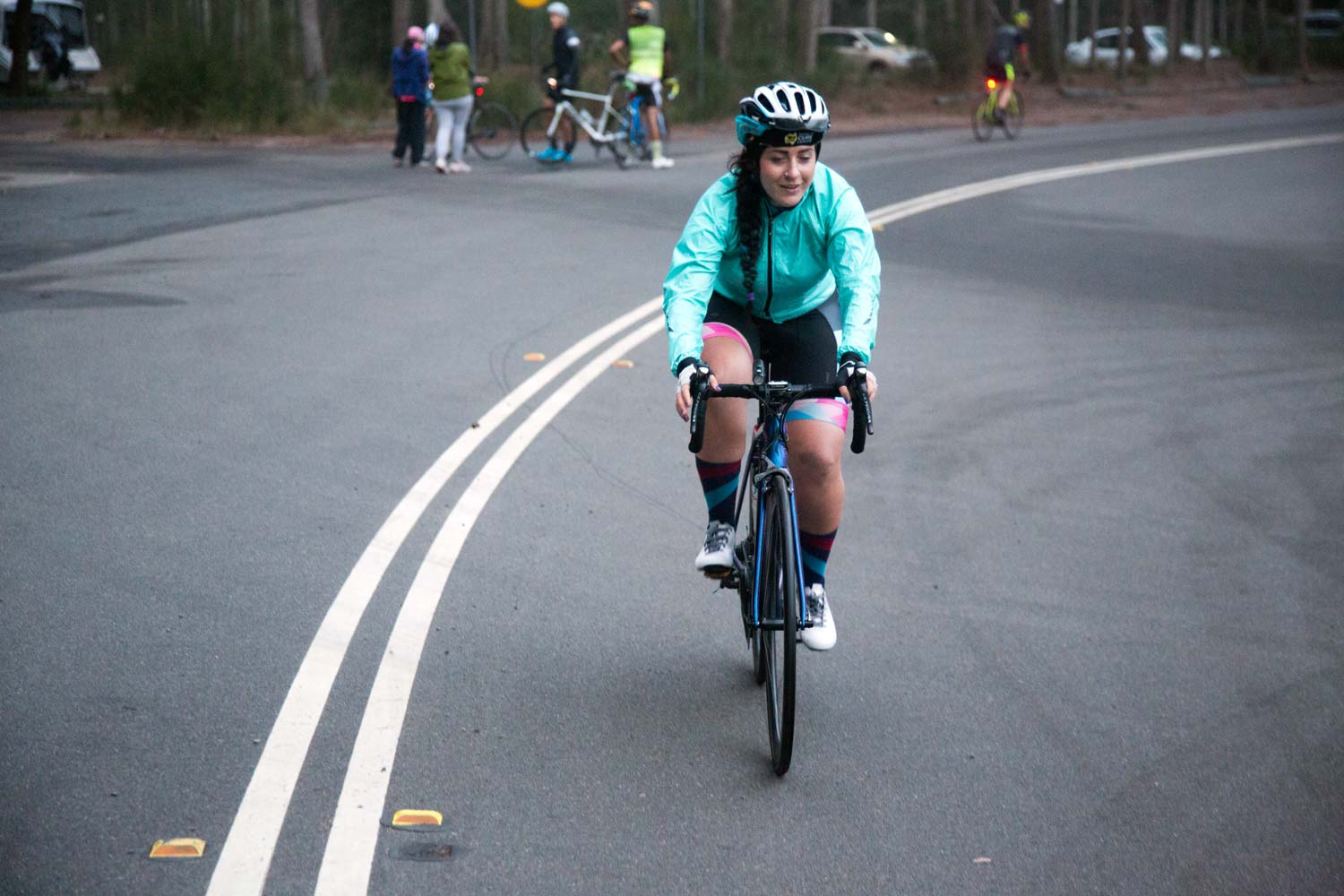 And so your pedalling style? Did you hold a high cadence most of the time when you were climbing or did you try and grind a few?

“No, I’m definitely a spinner.

“You don’t want to really suffer. It’s down to each individual really but I didn’t really want to put the power down because I was trying to be conservative as well.

“I probably held an average cadence – I don’t know what my Strava will say – but when I was looking up on the hill, probably around 80-ish…”

Wow, what an experience it was for you. And what money did you raise for Tour de Cure or does that sort of go into a larger sponsorship pool? [What] is the structure for that?

“It’s definitely been worth it in that sense.

“I wouldn’t say I’m done in that sense either.”

And just a bit of history: your mother passed away with bowel cancer four or five years ago is that right?

And were there thoughts of her? Or they never escape you?

“There are a few reasons why I never actually thought of quitting the whole way through and one is, you don’t want to be that person who says they’re ‘going to do it for cancer’ and then gives up because that doesn’t look too good.

“But apart from that I actually had a picture of my mum printed out and put on my stem, or rather on my top tube… and I looked at that the whole way and if I was ever in any pain I just thought, ‘Well, it doesn’t compare to the pain that people with cancer have every single day’. ‘Is my pain temporary?’ ‘Can I push through?’ Okay, keep going!

“There was never ‘no’ in my heart, I guess. I was always going to finish!” 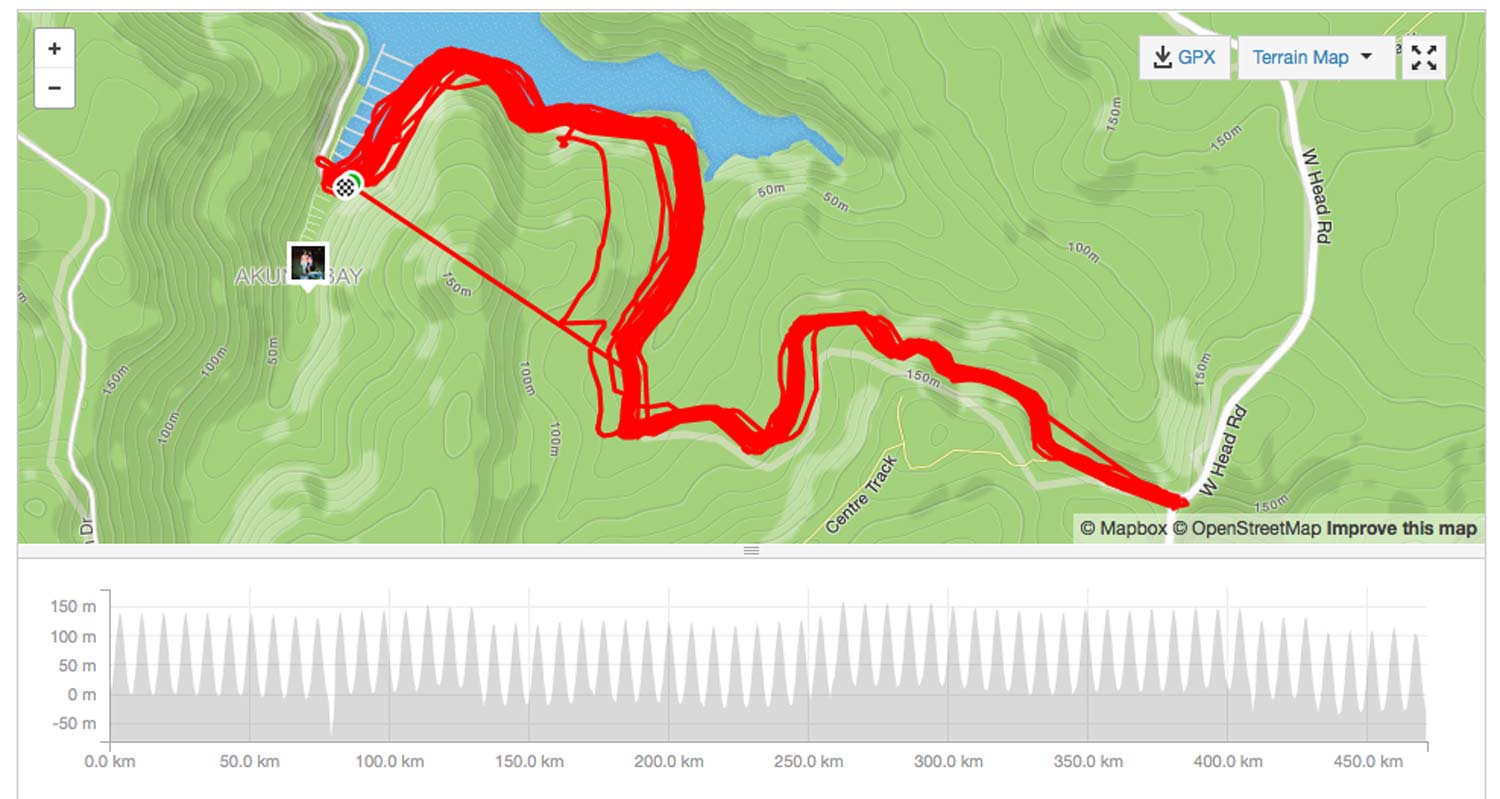 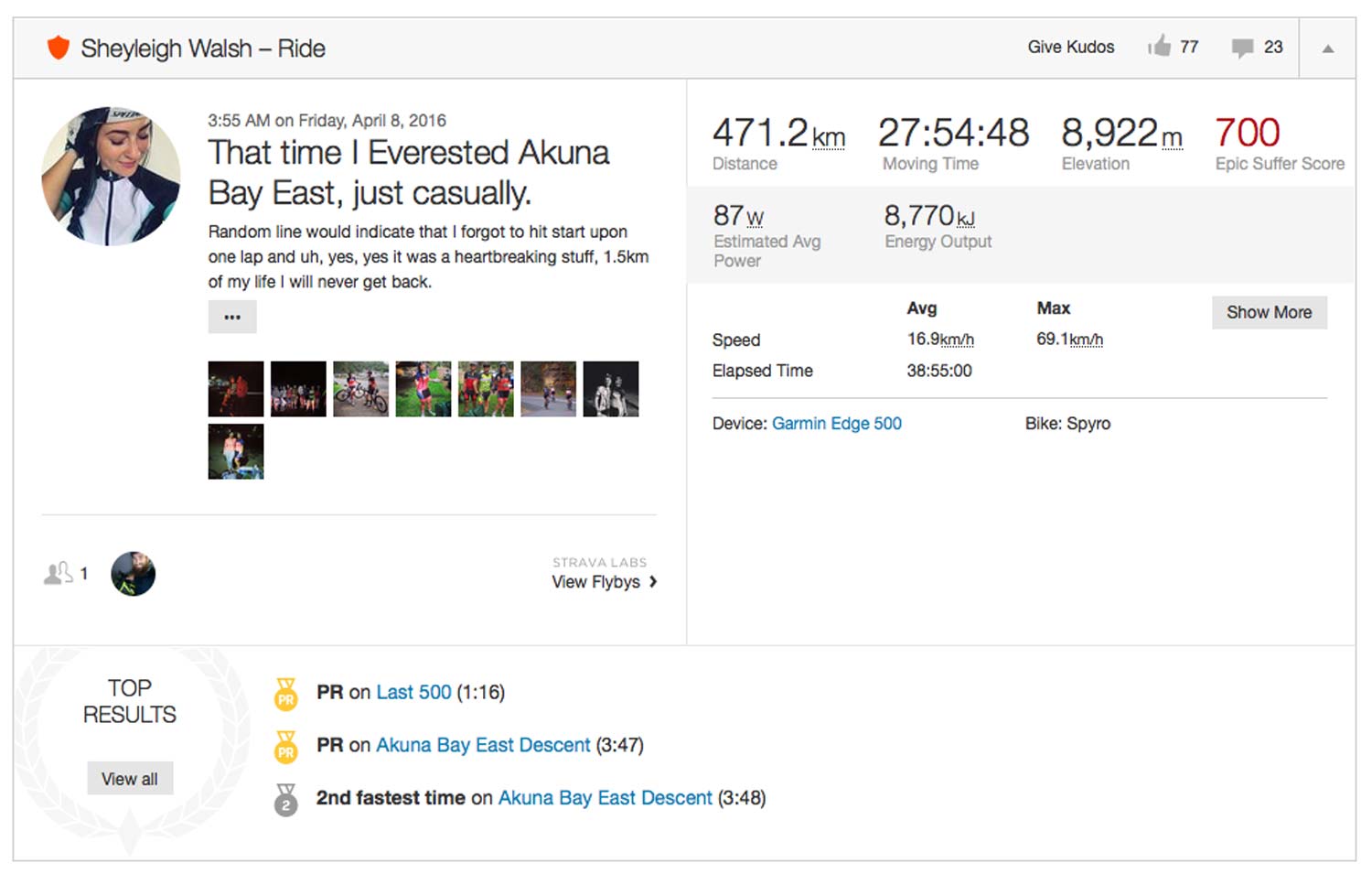