Gerrans on Bobridge (Nationals 2016): “I didn’t think it was physically possible to do what he did”

Simon Gerrans is a two-time national road race champion. He knows how to find form in January… but first he’s coming to terms with what he saw Jack Bobridge do in the nationals on Sunday. 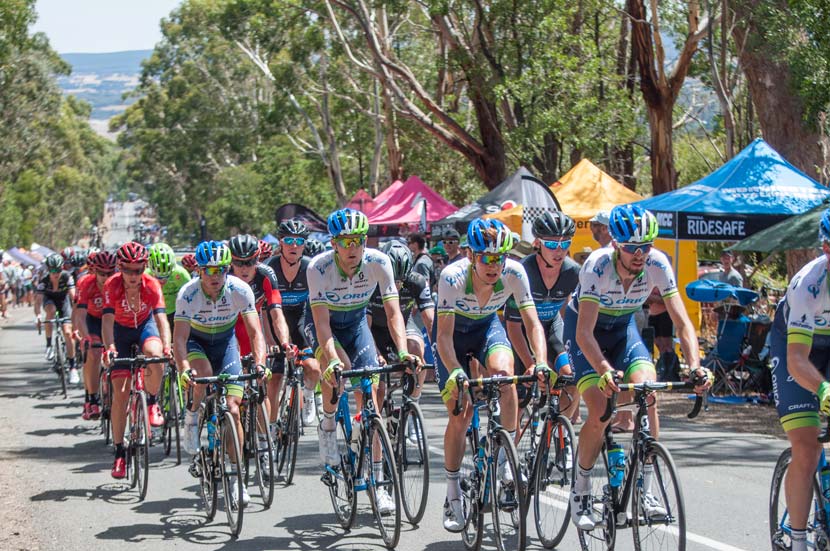 RIDE Media: Thanks, Simon, for having a chat the day after the nationals. Another top 10 but I don’t think you’d be super delighted with that one.

Simon Gerrans: “No, definitely not. I’ve won the race a couple of times in the past… and when you’ve won an event and you go back with big aspirations then anything but a win is kind of a little bit disappointing. So, sixth place is a solid result but definitely not the one I was hoping for.”

RIDE Media: The talking point for GreenEdge is that you probably waited a little too long for the chase. Is that how you see it? Can you give me the insider’s perspective?

Simon Gerrans: “I think not only GreenEdge made a mistake yesterday but the entire peloton.

“There were 135 guys or thereabouts on the start line and 134 underestimated one guy and what he was able to do out there.

“We had our race plan and we had our tactics; the plan was to put a couple of guys in the early break, which we did, and obviously we knew Jack [Bobridge] was in there – and we didn’t see that as a huge problem.

“But then when he went and got a gap we didn’t realise that it was turning into a bit of a difficult situation. So we did what we could to try and rectify that and that still wasn’t enough.

“I think the real story of the day is Jack’s ride and how phenomenal it was. You can’t take anything away from that.”

RIDE Media: I’ve been asking people if they can give us their appraisal on Jack… He is a freak and people are coming out with different words to describe him. We saw Cam Meyer do something similar last year and he had a fair whack of advantage but he just blew… is it fair to say you guys expected that to happen to Jack?

Simon Gerrans: “Yeah. Like I said, I didn’t think it was physically possible to do what he did yesterday.

“When he went, we were like, ‘All right, that’s a gutsy move – he’s laying it all out there and having a go…’ and then, as we’ve seen before, we thought he’d blow up spectacularly.

“It’s safe to say that that’s what everyone was expecting when he took off that far from the finish.

“He just rode so strong and so consistently right until the last lap so he caught everyone by surprise.

“A year out of the WorldTour definitely hasn’t affected Jack Bobridge.

“Yesterday he performed the most impressive ride I’ve ever seen on that circuit.”

RIDE Media: You’ve spent a lot of time training and a lot of time on your own out on the roads. Do you ever imagine doing something as sustained as the effort that he did yesterday?

“To put it into perspective a little bit, at one point when we called in all our troops to try and chase Jack back – and I think at one point we had four or five guys all rolling though – and they could pull about 20 seconds a lap out of him.

“That’s all they were capable of doing.

“For one guy on his own to maintain that pace and do it consistently for so long is phenomenal and something that realistically I know I’m not capable of.”

RIDE Media: Is it a January showing or do you think this is the Jack Bobridge that was hyped up when he was a 16-year-old… how can you describe it? You’ve talked about it in detail – and I’m grateful for that – but do you think that he is some kind of physiological freak?

Simon Gerrans: “Jack has showed his enormous potential from quite a young age. I don’t think we’ve quite seen him fulfil what was talked up when he was in the under-23 ranks.

“Yesterday’s ride was a bit of a reminder of what Jack is capable of.

“If he can keep building on performances like what he did yesterday, he’s going to be back at the very top in no time at all.”