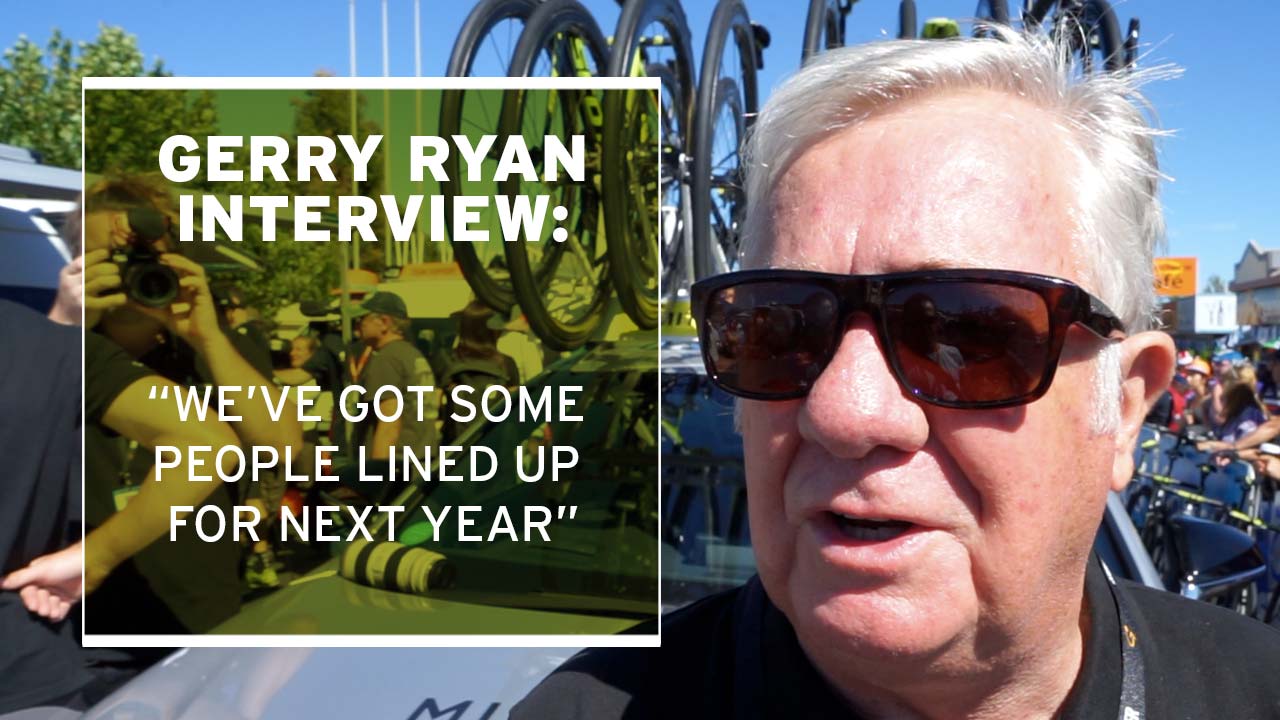 Gerry Ryan: “We’ve got some people lined up for next year”

Before the start of the sixth stage, RIDE Media caught up with Gerry Ryan a long-time supporter of cycling. Here is a transcript of the discussion…

RIDE Media: Gerry, another Tour Down Under and Daryl [Impey] is there, within shot of the win. We saw an amazing ride from him on Old Willunga Hill last year, what are you expecting today?

Gerry Ryan (Mitchelton-Scott owner): “I think there’s an opportunity for another good ride. He’s certainly surrounded by a great team, I think a better team than last year.

“Lucas Hamilton will be there to help him. But you look at Richie [Porte], [Michael] Woods, they’re the danger men.”

You always enjoy this race. When are you going to get tired of? Or are you just going to keep on trying to win it?

“We’ll keep trying to win it. Every second year, we do.

“Our track record is pretty good over here – a 50 percent strike rate. In fact, it’ll be higher if we win this one. If Daryl can go back to back, it will be the first time in history.

“Hopefully today we can create history.” 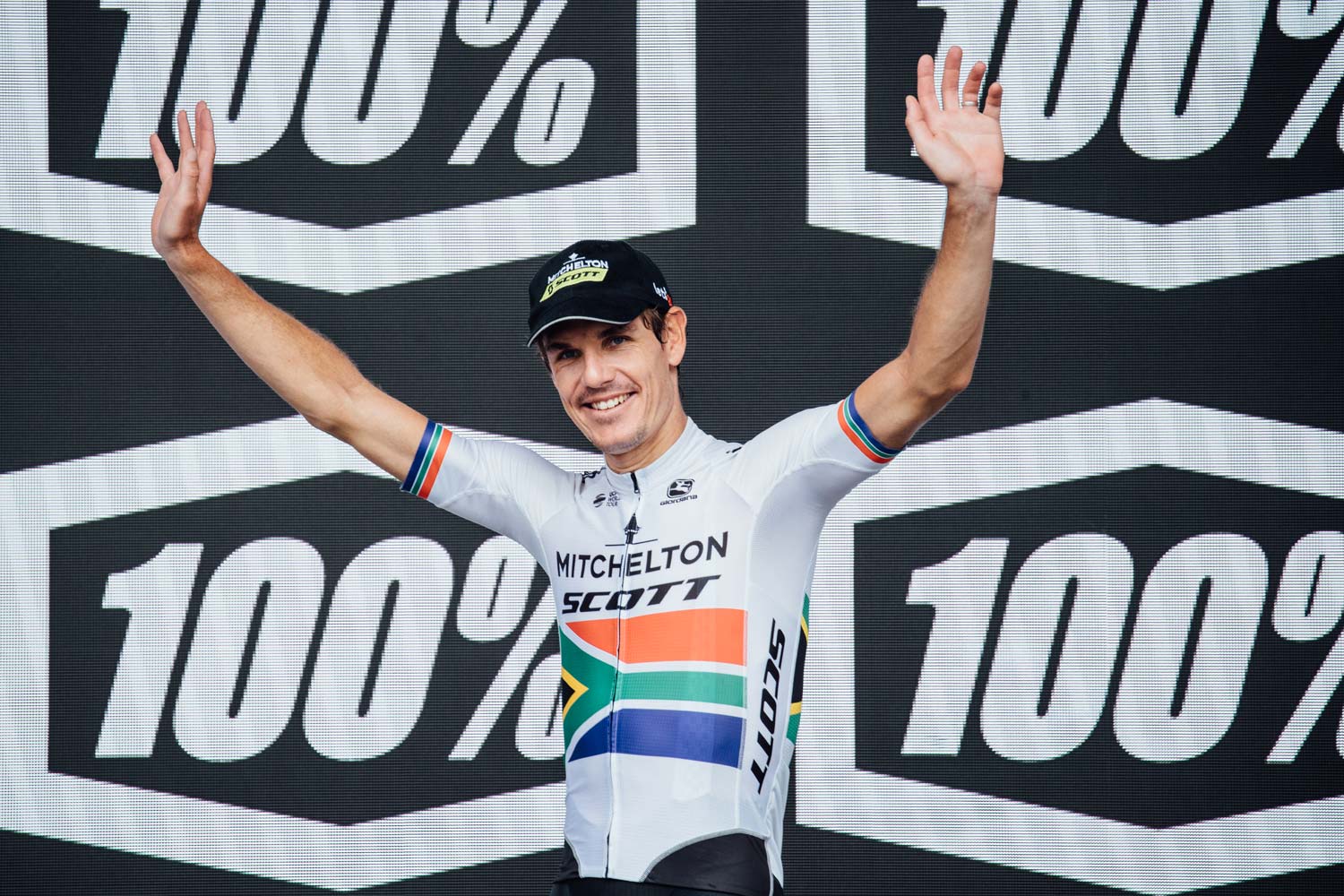 We heard overnight that Santos has come back as a sponsor of this race through to 2022. Any news on a title sponsor for your team? Or is it going to continue as Mitchelton-Scott for the rest of the season?

“It’ll be Mitchelton-Scott this year and we’ve already got some people lined up for next year which is pretty exciting. And it may at the Tour de France [in 2019] that they sponsor us for that particular event.

“Lots is happening in that area and we’re very positive about this year. And going into 2020 we’ll be back here trying to win [the Tour Down Under] again.”

It can get stressful when you’re pouring your money in. We’ve called you a ‘benefactor’ for years, even if you’re getting exposure for your brands. I knew that you wanted to get an Australian flag on a WorldTour team; you did that years ago. Are you going to keep on being a benefactor of cycling?

“I am. I was going to retire but I can’t afford to when I’m sponsoring cycling and this team, but I love it and if I can make a difference to the sport, then that’s what I’m proud of.”

Last year you pulled off an enormous coup; an Australian team winning the title of the Vuelta a España. It’s quite an amazing accomplishment. I think you’d still be buzzing from what Simon [Yates] did.

“We certainly are but that was last year. This year, he’s got unfinished business at the Giro d’Italia, that’s certainly his priority.

“Esteban [Chaves], who we have seem much of in 12 months, is in better form than he ever has been. He’ll be trying to win in Spain and you’ve got Simon trying to be competitive at the Tour de France.”

And then, of course, today is the last race for Mathew Hayman. It’s kind of a bizarre concept, isn’t it?

“It is. If any young rider wants a roll model, then look at Mathew and his attitude.

“On and off the bike he’s a great ambassador for the sport, for our team and I know that we’ve been very proud of what he’s achieved. His family is over here and it’s pretty exciting.

“But he’s not going to leave us; he’s going to work and help develop the younger riders…

“What he’s done with Lucas Hamilton – who he has shared a room with over here – is impressive. If you look at what Lucas has done, it’s amazing. He’s maturing and having a wise head that he can go to, in Mathew, to get advice is a pretty good leg-up.”

Well, we look forward to hearing about this new sponsor. We’ll watch the season with interest. And we’ll continue to cheer on the ‘GreenEdge team’, which is what we know it as.