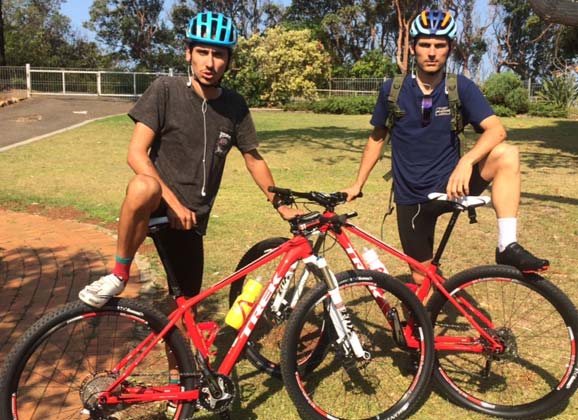 Gus and Lach Morton – the band is back together

This afternoon, on the final day of October 2014, two brothers are going riding together again. One has recently returned to Australia from a season of racing around the world. The other is enjoying the anniversary of his return to the bike after a three-and-a-half year hiatus. The Halloween ride not far from Port Macquarie on the mid-north coast of NSW marks the moment that the Morton brothers are back together as competitors.

Angus and Lachlan Morton will be professional bike riders in 2015. They will be both be part of the Jelly Belly team in the US.

RIDE caught up with the pair only moments before they clicked in and asked about what prompted the return to racing for ’Gus and what Lach’ will take with him after several years as part of the Slipstream team’s program. 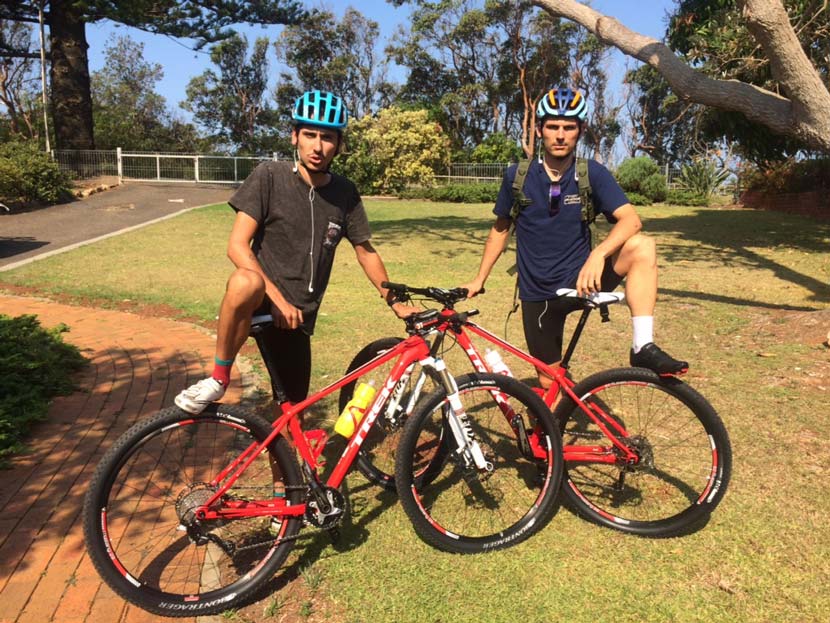 Let the ride begin (again)… Lachlan and Angus Morton just before they set off on their first ride as senior “team-mates”.

RIDE: I’m talking to Lachlan and Angus Morton and they’ve got a little bit of news about the 2015 season and it’s sort of come about because their ‘Thereabouts’ film. It’s inspired the elder of the brothers, Angus, to race his bike again. Tell us what’s happening next year…

Angus Morton: “Well, Lachy and I have both signed contracts to race for Jelly Belly for 2015. It’s great. It means that, for the first time since we were juniors, we’ll be racing on the same team which is pretty cool.”

I had the impression, Gus, that you had pretty had enough of cycling and that you didn’t want to have much to do with the scene anymore. You’ve gone off and become a media professional but now you’re going back to racing…

Angus: “Yeah, that’s exactly right. When I stopped cycling competitively about four years ago, I had completely had enough, I suppose as anyone who tends to retire prematurely does. And I went on and sought other things and as part of that had a bit of a catharsis and I have since returned to cycling and been able to obtain a level of joy that I was almost never able to obtain from cycling. And that made it an absolute pleasure and it’s something that I had hoped I could potentially do again as a job.

“Through some lucky events, and happening to have a very talented younger brother, I’ve been able to find myself back on a pro team.”

Lachy, a lot of people are going to see it that you’re jumping out of the WorldTour and a vast opportunity with the Slipstream team. Does it feel like a backward step or a unification with Gus?

Lachlan Morton: “I definitely don’t see it as a backward step at all. In about September, when I was really seriously thinking about what I was going to do next year, the idea dawned on me that maybe it’d be worth looking for a team for Gus. He always wanted to race.

“I also wanted to take a step back from the WorldTour so it made sense that maybe we look for a team together.

“I had made the decision but it was going to take a pretty special offer – or pretty special circumstances – to stay in the WorldTour. And, in the end, it wasn’t for me… well, at least not next year.

“I don’t see it as a backward step. I’m sure a lot of people will but I think that, for my development as a bike rider purely from a physical point it’s going to be a good thing – getting back into races and racing for the win, not just fulfilling a job and rolling to the finish line. And secondly, I think it’s going to be huge to have a change of environment and to be around my family and friends and getting back to basics with it and what I love about it.

“To be able to do all that with Gus is pretty special. I wouldn’t trade it.

“I’m more motivated for next year than I have been since my initial step to go into the WorldTour. I don’t see it as a bad move even if a lot of people will.”

We’ve documented the ride of the Morton brothers over the years in RIDE. It’s been quite enjoyable to see the development, from the Real Aussie Kids program to Slipstream and now together to Jelly Belly. Does it feel like a coming together of your father’s plans?

Lachlan: “I don’t know. Initially when I spoke to Dad about leaving the WorldTour he was a bit sceptical. It’s hard to convince someone who is not in it that maybe it’s not the right place to be. From the outside it seems a lot different.

“After a couple of weeks, he warmed up to the idea and now he loves it. He does see it as a coming back together.

“I think he’s super excited about Gus being back on the bike.

“If you look at it, this is a step back in a way that we’re just taking control of everything again. We’re going back to the point where we sort of lost track of it all. And we’re picking up from there again.

“Dad is excited about it, for sure, and it is kind of a natural progression from the Real Aussie Kids model… I guess. I hadn’t even thought about it like that but it is right out of that mould.”

Gus, can you explain some things about your physical traits now? You had over three years off and that was pretty much dormant, especially when compared with what it was like for you beforehand.

Angus: “I was pretty idle, yes. I did a little bit of running and some other stuff but I almost didn’t touch my bike until October last year. Since then I’ve been training pretty consistently and doing a few races here and there. Then, really in particular, I’ve been training seriously since August with the eye on next year.

“It was not like I was immediately in a position to race but I was just getting the feel for it again, getting used to training, trying to get a bit of strength back in the legs, the condition, the technique and all of that.

“I was kind of starting from scratch.”

Angus: “No. That was the strange thing. When we started training 12 months ago to do the ride over to Uluru (for Thereabouts) I got back on the bike having not ridden too much prior to that and was straight back into the swing of things. It was a very familiar sensation and a very familiar kind of place to be in.

“That surprised me. I thought it would have all gone. But as the training progressed all the feelings were still there and my body reacted really well to it.

“Then when I started racing again even that came back; it was like, ‘Oh yeah, I know exactly what to do…’ it all felt natural, almost even easier than it once was because all of a sudden I was able to think about it objectively and be quite relaxed.

“It’s been a very bizarre kind of experience stepping back into it. It’s like a new shirt that you swear you’ve worn before.

“I put on a fair bit of fat and lost a fair bit of muscle condition, that’s for sure. But over time that has come back, the weight has started to fall off, and I think I’ll probably be a similar sort of bike rider to what I was before. But we’ll see.

“I think there were a lot of ways that I went about bike riding before that I think were probably not the right way to do it so I feel like this time I’ll be a little more mature about it and perhaps I’ll be an even better bike rider than I could have been.” 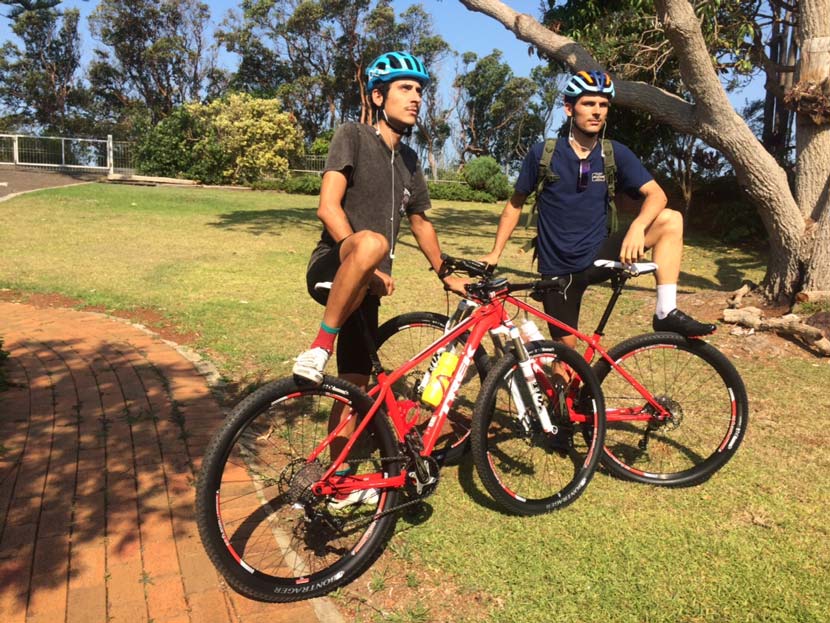