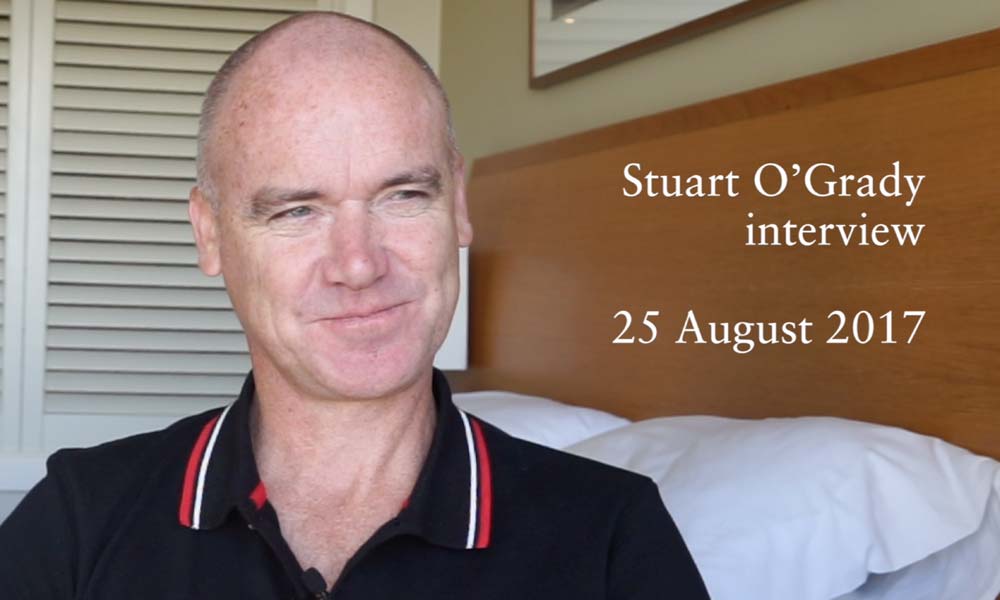 We find 25 minutes to talk to Stuart O’Grady about a range of topics long after he retired from racing.

On 25 August 2017 we caught up with six-time Olympian Stuart O’Grady and talked about a range of topics, including the value of the Olympics, the battle for athletes to ‘transition’ into ‘normal’ life, and what he has learned during the early years of his retirement.

We cover the topic of his scandal without going into detail on it – this has been covered over the years and deserves further exploration, but for this interview it is one of several themes.

There’s much more to add to the topics raised in this discussion but, at over 25 minutes, it’s already a long interview.

It was recorded on the day of the funeral of Steve Wooldridge who was a team-mate on the Australian team for the Athens Olympics, a fellow gold medallist and a wonderful person who took his own life 11 days earlier.

On the Monday after our discussion was the funeral of long-time coach Gary West.