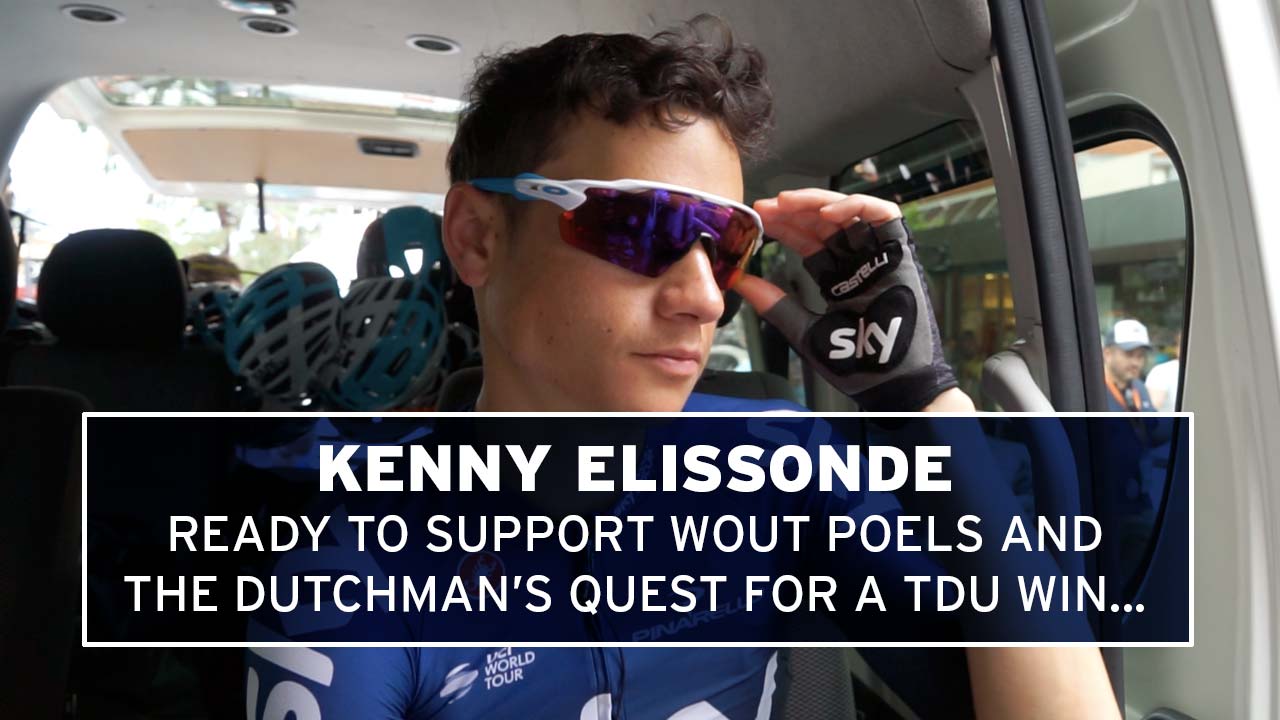 Kenny Elissonde, Team Sky: “We really prepare for this race…”

Don’t be lulled into believing that, just because Team Sky wins Grand Tours, other races in the season don’t matter. The British line-up leaves little to chance and the aim is to gobble up as many victories as possible throughout the season.

During a quick discussion with Kenny Elissonde before the start of stage two of the 2019 Tour Down Under, RIDE Media suggested that the Australian WorldTour race may be something of a “warm-up act” for a team like Sky.

– Click the link below to watch RIDE Media’s brief interview with Kenny Elissonde. –

“Actually it’s not really a warm-up,” replied Elissonde. “We really prepare for this race.

“If you treat this race as a warm-up, you have no chance to really do well because the guys who try to win this race have already prepared and they start their training really early so it’s really serious business every day if you want to be at the pointy end of the race.”

A couple of years ago, Elissonde was brought in as a last-minute replacement for a rider who was on the original TDU start list. Owain Doull got sick between the People’s Choice Classic and the opening race of the 2017 WorldTour season, and the Frenchman was flown down from Queensland in time to be on the start line.

Since then, Kenny has been part of a Grand Tour-winning line-up, at the Giro last May, and he’s looking forward to continuing to “do the same job – riding around”.

In January, Elissonde is in Australia to help Wout Poels try to win the Tour Down Under and by July he hopes to be at the Tour de France in a quest for yet another title for team Sky.

Elissonde has the kind of characteristics to win on Old Willunga Hill on Sunday but, he insists, there’s no temptation for him to try for personal glory – instead, the focus is on Poels and his quest to beat Richie Porte.

“It’s everything towards Wout.

“It has been a good preparation and we’re ready. I’m here to support him and I hope we will do well. We have a really good team around him and I think he can be the guy who can disturb Richie a bit – because beating him will be hard, which we know Richie is always flying at this race but we have a good little team and we will like to do our best.”