Luke Durbridge, the winner of stage one and the overall title of the Festival of Cycling, has been giving interviews to RIDE Media since he won his junior TT world championship back in 2009. He’s interesting, articulate, honest, and provides insights that extend well beyond what it’s like to race a bike quickly…

There was no script to my latest exchange with Luke Durbridge, rather we simply agreed to talk and – as we’ve done plenty of times over the years – just allow the conversation to dictate which topics we delve deeper into. That’s what happened again yesterday evening; it was logical to speak with ‘Durbo’, because he’d just come off a good week of racing in South Australia, and so an interview was organised.

The SMS arrived just as I’d pulled dinner out of the oven. “Free now mate,” he wrote.

And so, the slow-cooked lamb could wait.

Instead of eating, I pushed ‘Record’ and we started to talk. 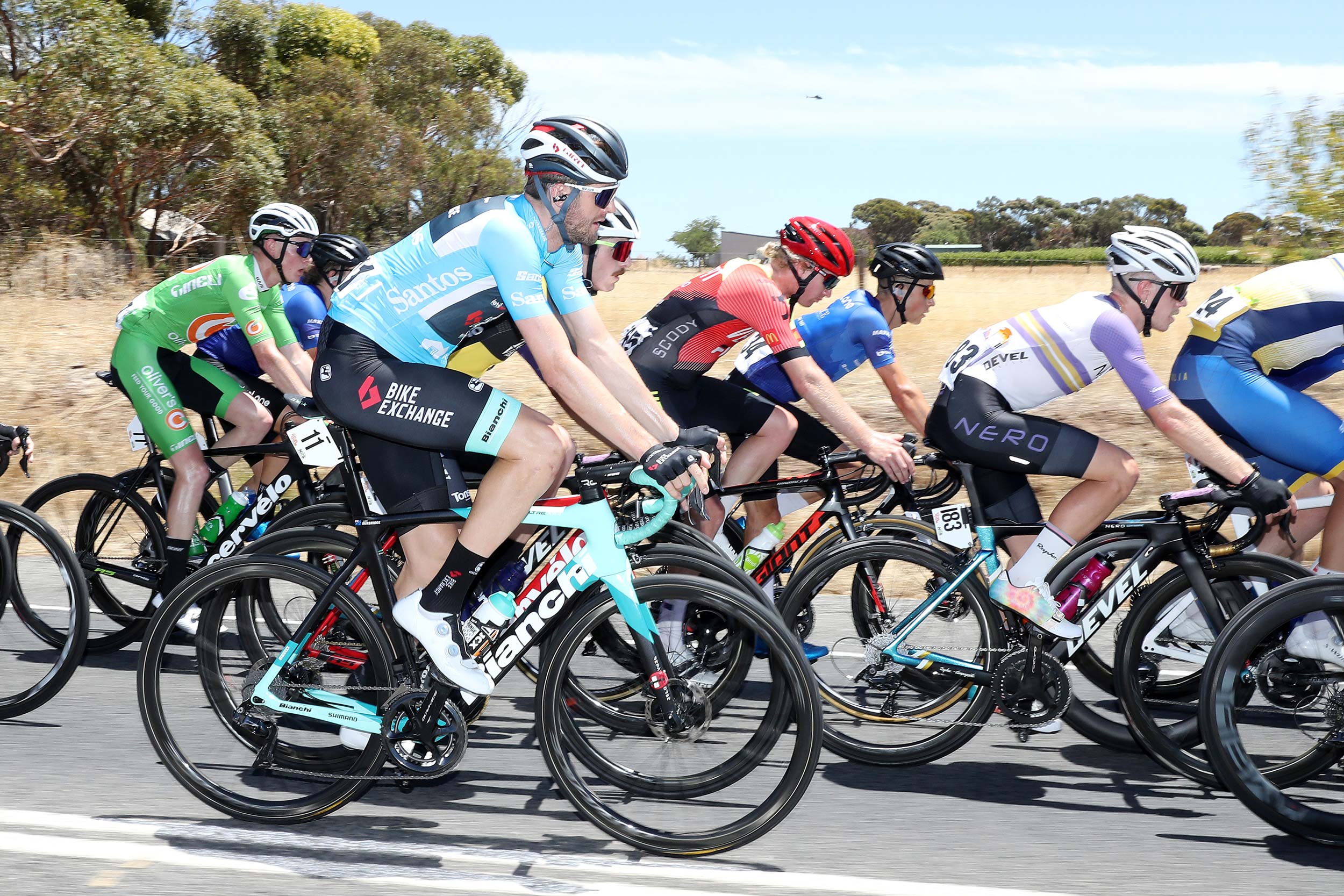 It began like many other cyclist interviews: discussing the tactics, the sensations that come from winning, racing in the heat, or trying to match the pace of Richie Porte up Old Willunga Hill. And then, of course, we considered what turned out to be the winning move… an attack early in stage one of the four-stage ‘Festival of Cycling’.

“I’ve seen a few people trying to hold [his] wheel over the years,” Luke said about trying to match Richie on Old Willunga. He then listed the riders who have been good in January, but incapable of beating Porte on the climb in McLaren Vale that has been made famous by the Tour Down Under.

“You know: Rohan [Dennis] trying to hold the wheel, and Jay [McCarthy]… and Daryl [Impey].

“I couldn’t even move,” laughed Durbo about his aim to match Porte over the final kilometres of stage three. “I didn’t even get out of my saddle.

“I was just going as hard as I could and he was just like… he looked back and accelerated and ‘Ciao, see ya later.’

“I wasn’t that bad. I wasn’t too far off,” confesses the rider who finished the stage in third place, eight seconds behind Porte and the next big thing from the Brunswick Cycling Club, Luke Plapp.

“I was actually pretty happy,” said Durbridge, who has been told his effort on Old Willunga is around the 15th fastest time recorded on the incline. “It’s not too bad… 80kg versus whatever Richie is, 60kg wringing wet.” 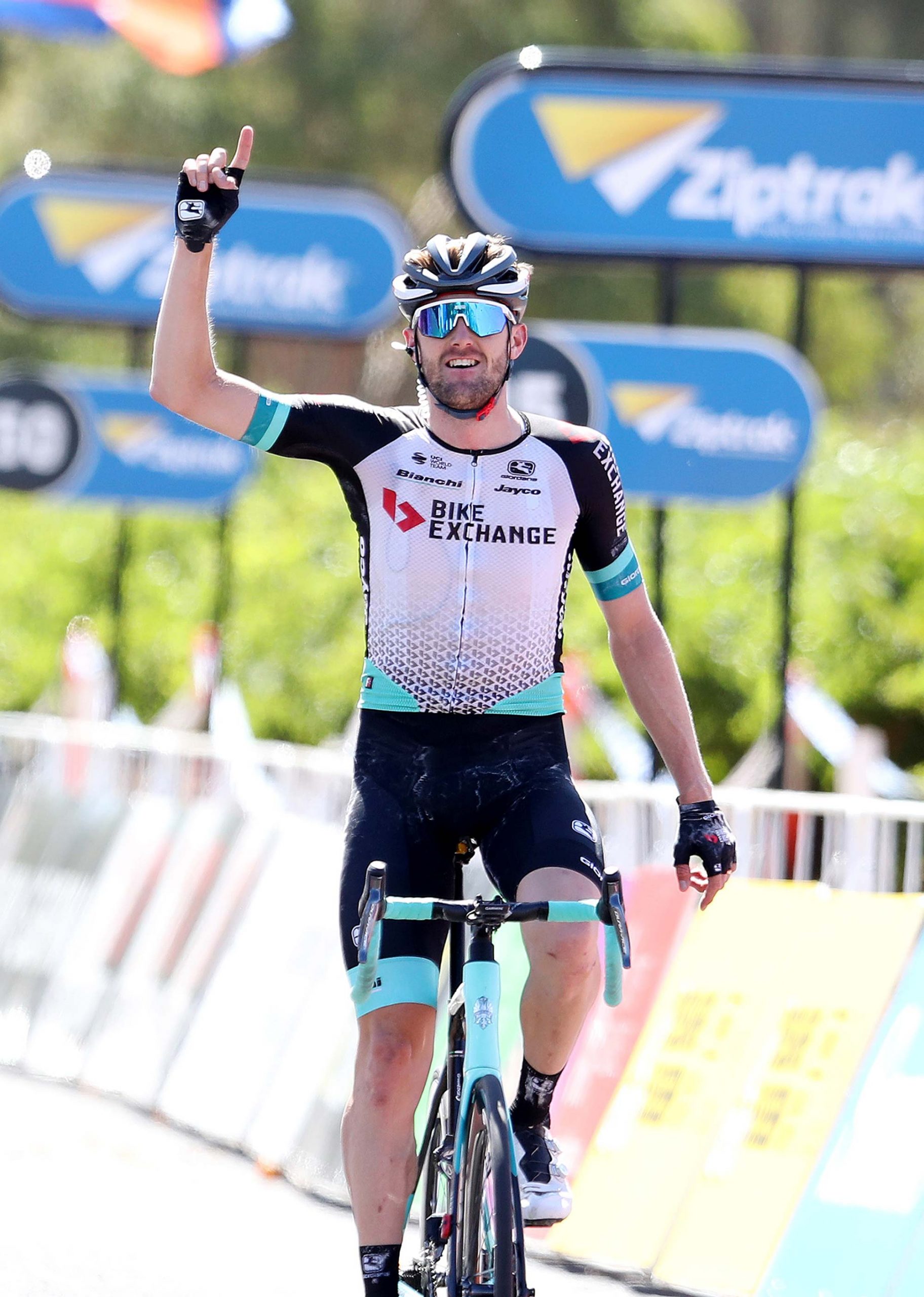 In our interview, after talking about that third stage, we backtrack and consider the move that eventually won him the title. On day one, there was a strategy at play: Durbo had to mark the moves by a range of candidates that Team Bike Exchange’s management had circled as threats.

Before he knew it, Durbridge was at the front of the race… soon he’d be on his own, and so onward he’d pedal, building up a lead of over four minutes, enough to eventually win the title.

He explains it in beautiful detail, and with charisma, but we soon shift to another topic. 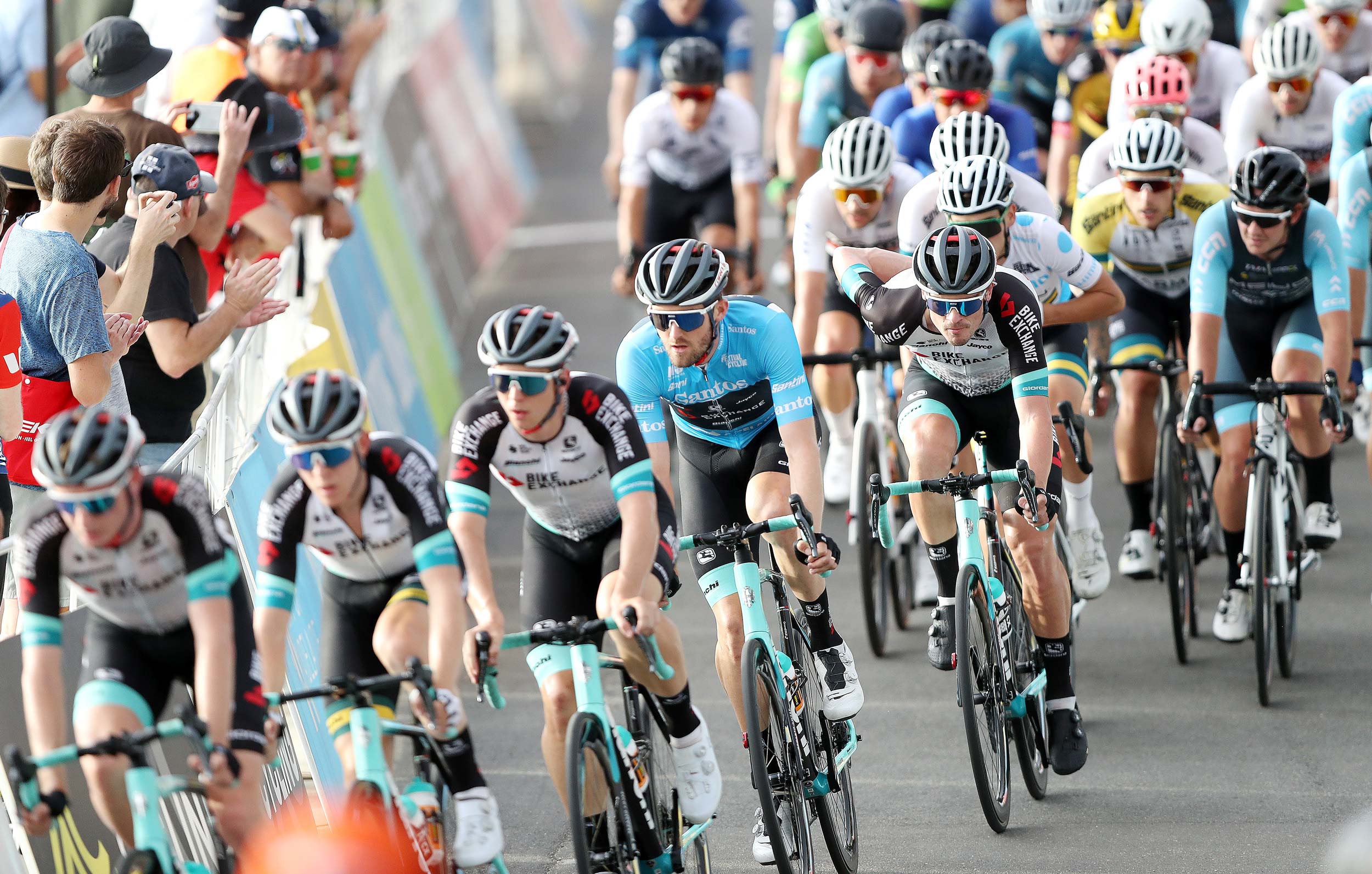 Having been instructed to “back it off a bit” by team director Matt Wilson, Durbo shrugged and ploughed on with his committed attack in stage one. Closing in on the finish in Tanunda, cramp took control of his body and he had to manage the pain.

When a bloke like Luke starts to talk about pain, you know it’s rough. We all understand what a nasty cramp is like and most of us have wrestled with the process of overcoming the agony of locked muscles. So, I wondered, what does a pro bike rider do when his body is screaming at him to stop?

Well, he calls the team car and asks for salt. 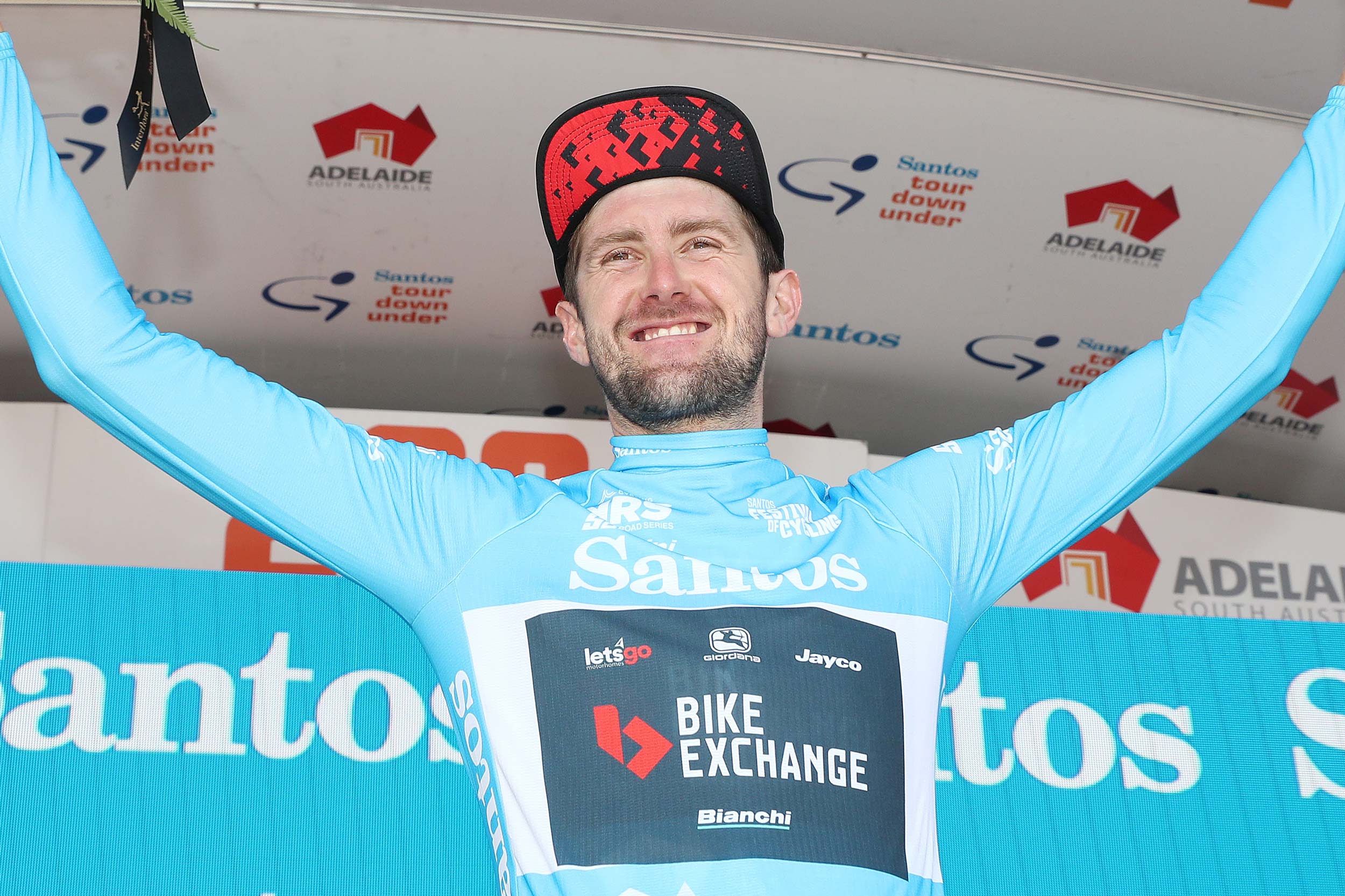 “I’m generally not really good in the heat,” he tells me. “Generally, my jersey is white. Everyone sees me over the years; there’s some famous salty pictures [from the nationals].

“So,” he continues, “what I’ve worked out from the past is to pre-load on salt before the race. I’ll drink a litre and a half, or two litres, in the morning of a mineral salt mix just to make sure I’m fuelled and ready for the effort.

“Generally, in the race, I don’t necessarily have too much. I just keep up the water… especially if it’s a short stage.

“It was only 120km, so it wasn’t that long but with about 30km to go, I started getting twinges which means I’ve used all my minerals and now I need to start getting a few minerals in [to my body] instead of just drinking water because water is just depleting your system. 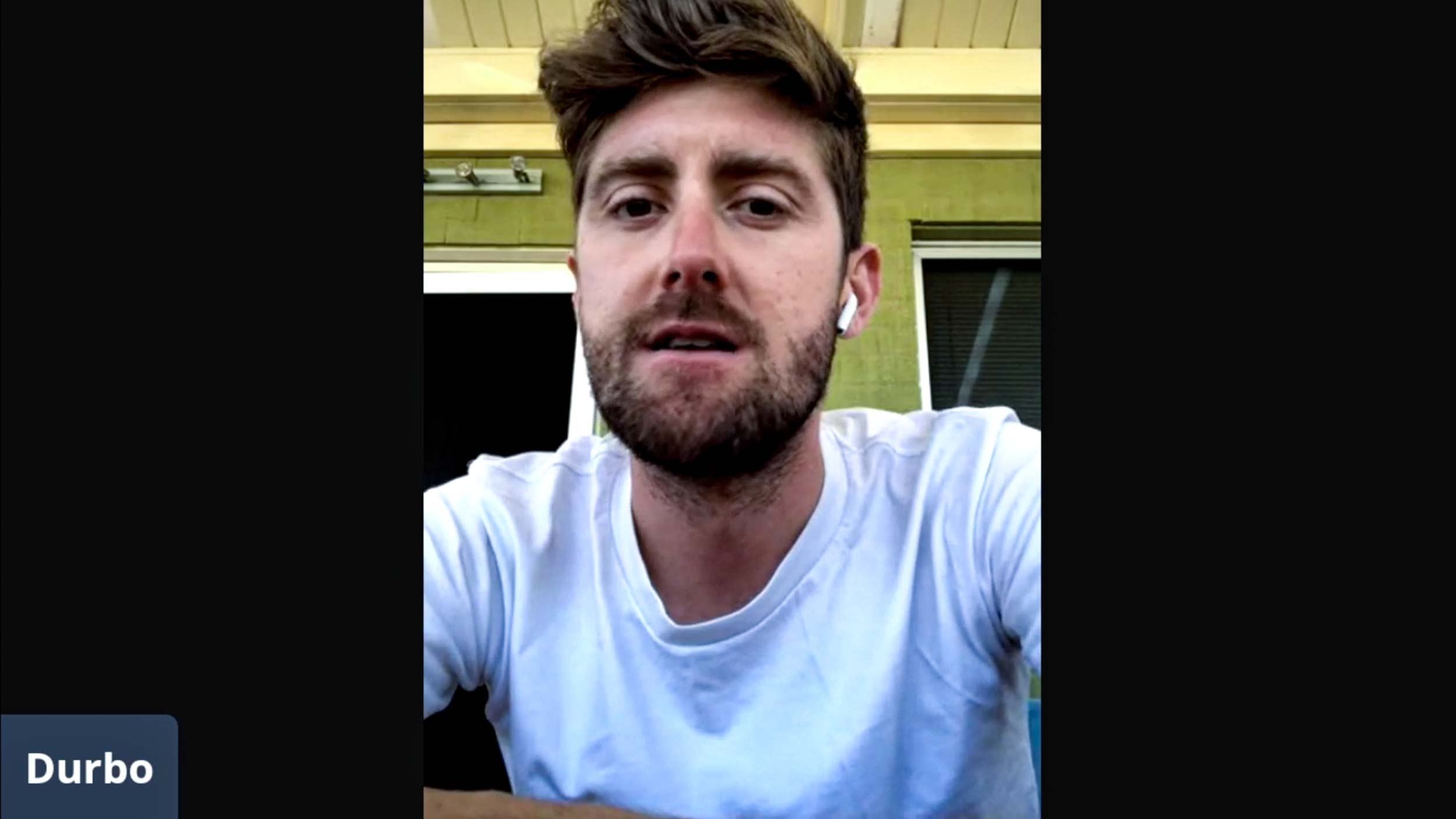 “So, I was on the radio and I said, ‘Wilson, can ya chuck a salt tablet in a bottle for me as soon as possible, please? And come up and give it to me because I’m in dire straights up here…’

“I don’t know if it did anything, but it kept me at bay for a little bit. I drank that and survived to get to the finish.

“The biggest indicators,” he says about the impending cramp, “is my fingers.

“I cramp in my fingers first,” and he illustrates to the camera how his hands go all out of whack, “and I go, ‘I need to start drinking something now!’

“I was riding up the last climb like a little velociraptor.” 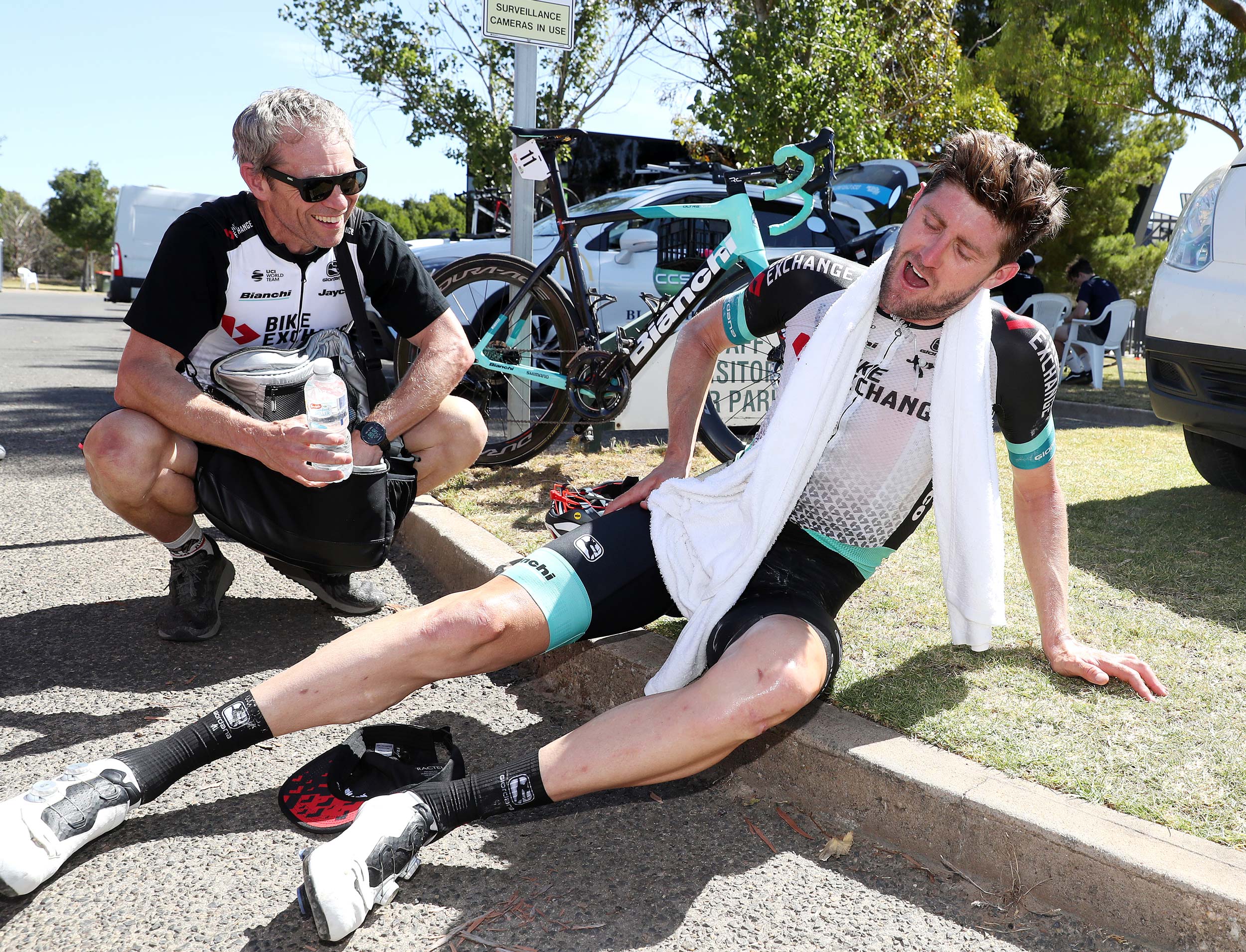 It’s not your typical discussion with a race winner. It’s an interview with Luke Durbridge, and it includes a few observations about cycling – and life – that you don’t ordinarily get out of of pro bike riders.

Watch his latest #TalkingCycling interview and maybe you too will learn a little before the end.