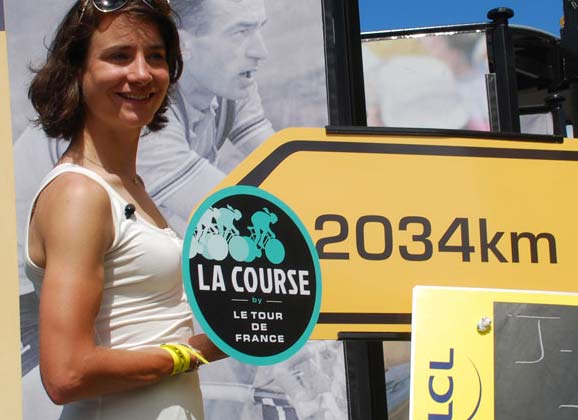 A day after being crowned winner of the 25th edition of the ‘Giro Rosa’, Marianne Vos was at the Tour de France. Rob Arnold caught up with the world champion in Mulhouse… here is a transcript of that exchange. 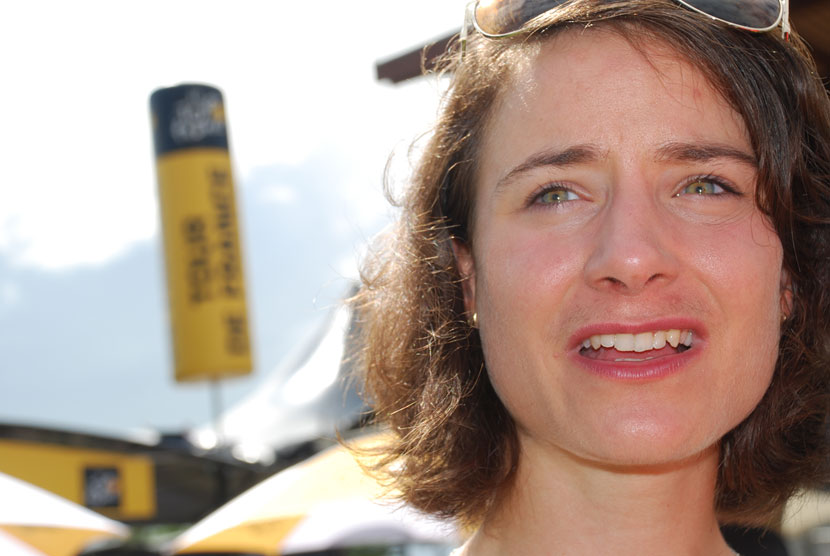 Click the link below to listen to the interview.

RIDE: It’s not every day that we get to talk to such a multiple world champion and someone who is an ambassador for change in cycling. We’re seeing a big movement in women’s cycling. And La Course is a big investment in the future of your sport…

Marianne Vos: “Yeah, well I’ve seen the sport – our side of the sport – growing during the last years and I also feel that people want to see more women’s cycling. And it’s a great opportunity that ASO has put this together and made La Course. Only one we after the petition we’re here in the Tour de France and we’ll be on the Champs-Elysées.”

Are you surprised that the petition had effect?

“Ah, no. But I was happy to sit at the table and I was really pleased that ASO was willing to talk and also come up with an initiative to [create] this race already in 2014 – because it’s difficult. It’s only been one year of planning and it’s a big event on the Champs-Elysées – to get this done in one year is great.”

We see you as a great champion in all sorts of disciplines but now you’re a politician as well.

“Well, I don’t feel like that; I’m just loving my sport.

“It’s great that I can use my name in this way to bring the sport further and to help the sport grown. It’s not that I feel like I’m a politician, but I’m passionate about the sport and I can be a bit of an ambassador in this way.” 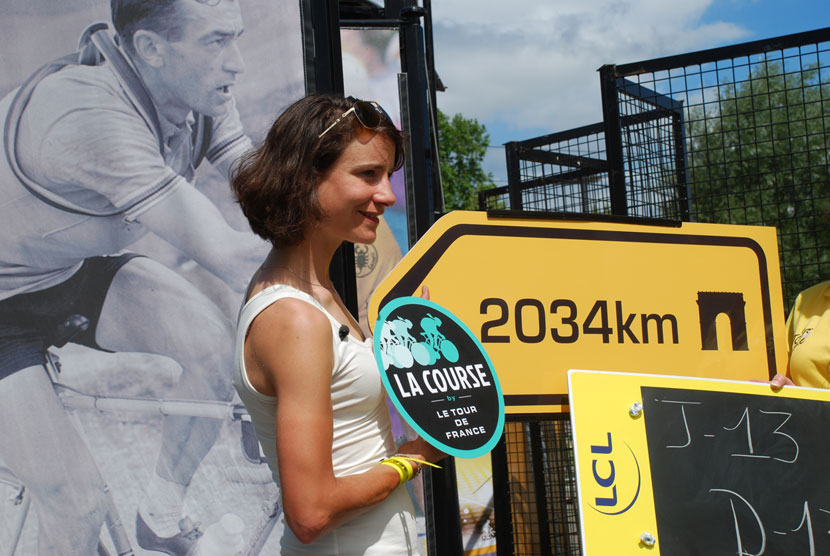 Let’s talk about the race. What are you expecting? It’s really and enormous criterium…

“You have the epic climax on the Champs-Elysées…

“To be part of the Tour de France with the women’s bunch having a race there… that’s great.

“We only race one day so, for sure, it will be attacking and a hard race – an interesting race to watch.”

“As we know from the men’s race, it often ends in a bunch sprint. And if we look at the fast riders in the bunch, there’s Kirsten Wild, Giorgia Bronzini… there are a lot of outsiders because it’s only one day and every team is really motivated to race and show themselves.

And a rainbow jersey at the front?

“Well, we at Rabo-Liv, we really want to show ourselves too so I’m quite confident that we can do well so let’s see if we can end up in front.

“At the Giro Rosa, which we finished yesterday, was good for the team so we’re in a good flow. And we want to take that to Paris.”

It’s non-stop for you. The Giro Rosa finished yesterday and you’re here already…

“We came straight from the Madonna del Ghisallo to Mulhouse. It’s on the way home, so that’s a good thing and it’s nice to be part of the Tour de France now for two days to see some of the racing and also for the press conference of La Course. And then, in two weeks, I’ll be back in France.”

I’m sorry to talk about La Course [when you’ve just won the Giro Rosa] because I’ve been in the Tour bubble… but it was a great race again…?

“We started around Naples and it was a good race. It’s a 10-day race that has everything in it. The Giro Rosa is, for us, what the Tour de France is for men. It’s the biggest stage race. It’s the race that everybody goes for.

“We had a good time with the Dutch team and Rabo-Liv. We had the pink [jersey] from start to finish…”

“Yeah, for us it was really special.

“Yesterday was the finish on Madonna del Ghisallo. The pressure was on: it was the 25th edition, so that made it extra heroic to win. From the second day, I was in the pink and the team has done a really good job to keep me in front because the other teams were giving us a hard time. But that’s racing and it makes it even better to win.”