Matt White interview: “The reason we’re in the yellow jersey is because we’ve gone after it”

With the yellow jersey on the shoulders of a rider from Mitchelton-Scott, we take a moment to catch up with the tactician of the team, Matt White, to find out more about how Adam Yates took the lead in the Tour de France. 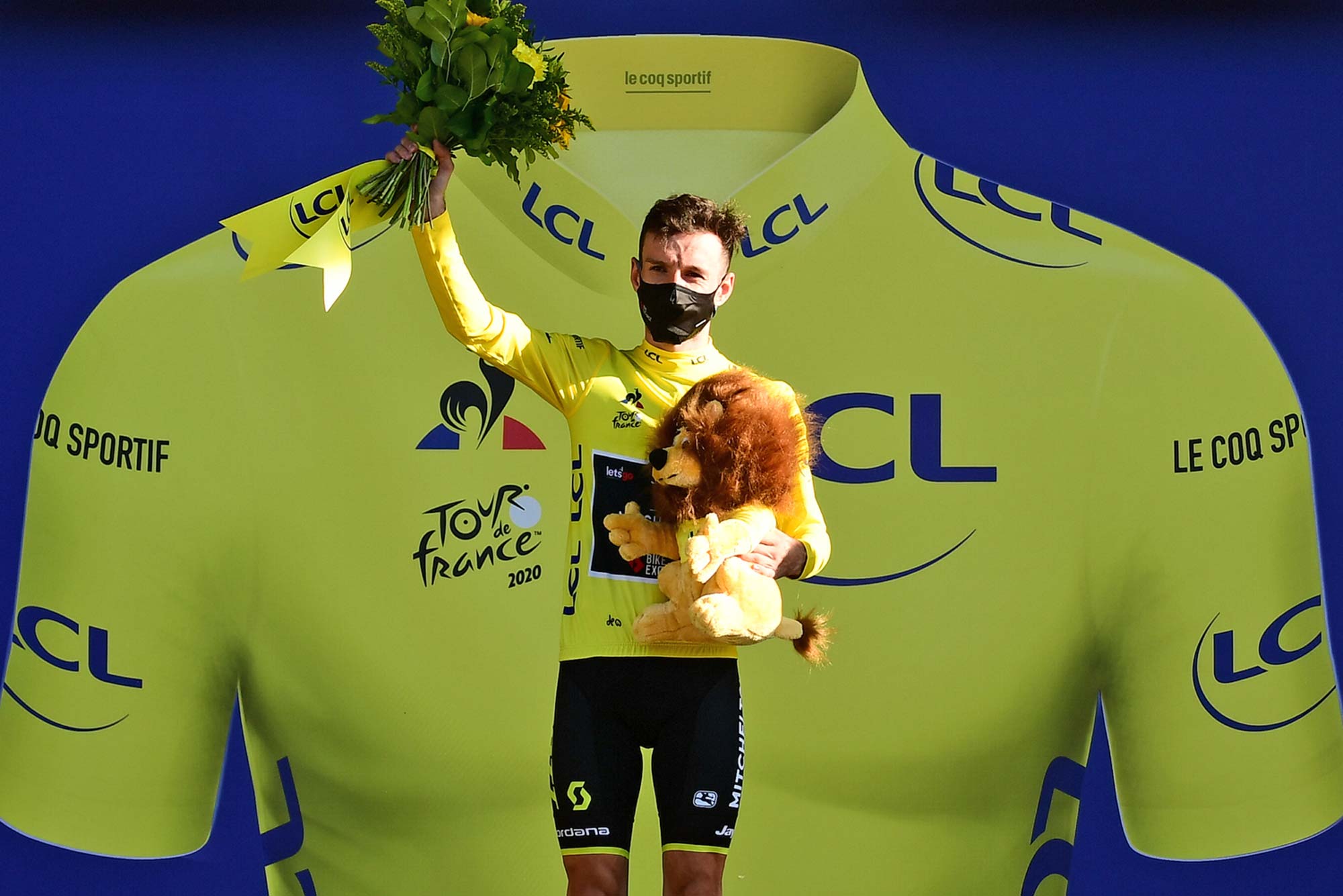 Having arrived late at the team hotel after the fifth stage of the 2020 Tour de France, Matt White was just about to eat dinner and share some stories with his Mitchelton-Scott colleagues about a particularly interesting day. Never mind that the former race leader, Julian Alaphilippe called it a “long and boring stage” – there’s a new yellow jersey and it came with a twist.

A time penalty cost Alaphilippe 20 seconds and, with that, the lead of the 2020 Tour. Meanwhile, Adam Yates becomes the eighth British rider to wear the race’s maillot jaune. 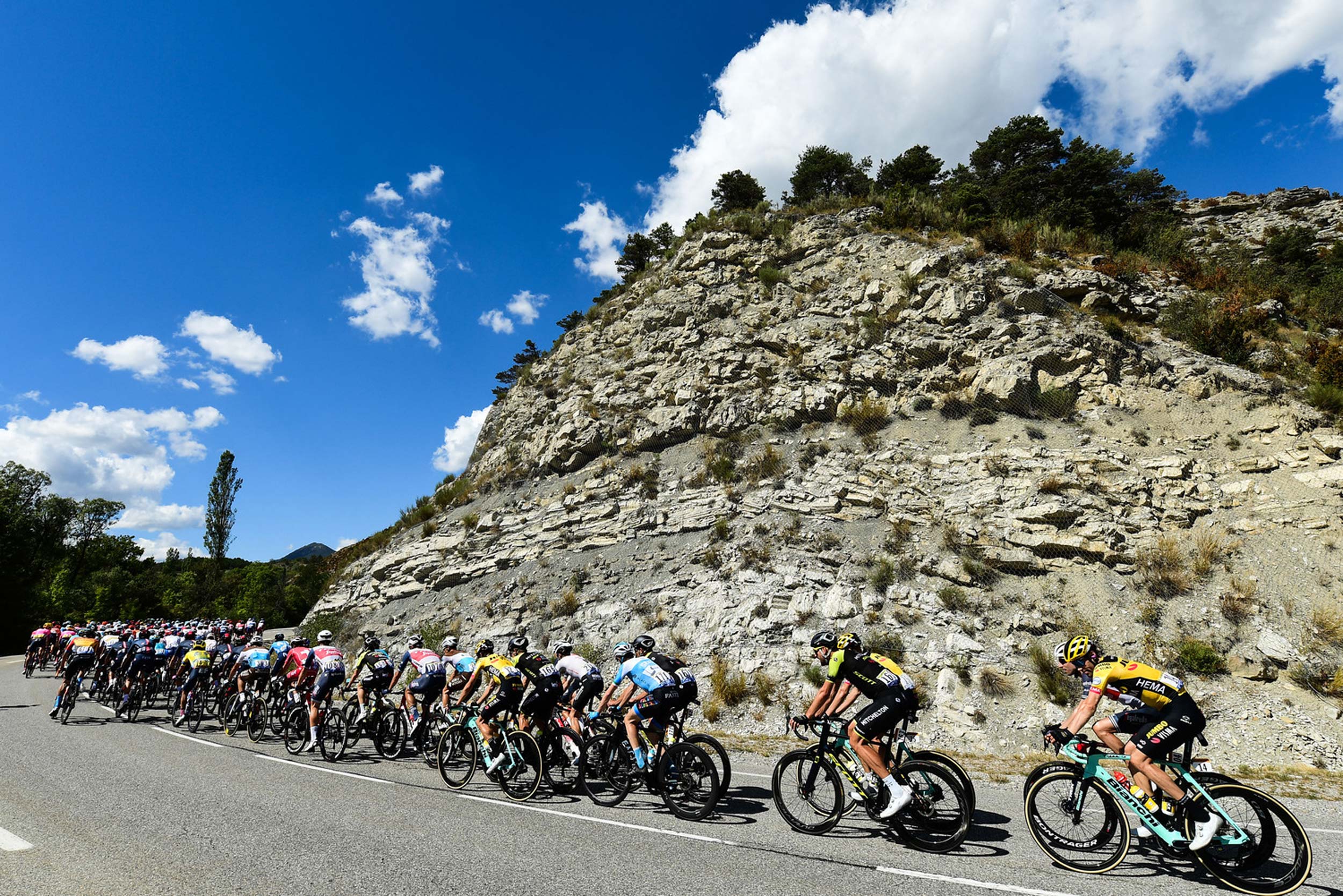 RIDE Media: You’ve got Adam in the yellow jersey but he almost looked like he was shaking his head on the podium like he couldn’t believe what was happening. Can you talk me through that strange little sequence when you found out that he was the new yellow jersey?

Matt White (Mitchelton-Scott): “Yeah, so all the boys had gone back to the bus and had started to shower and get ready for our little trip back to the hotel and then Thierry Gouvenou from the ASO rang me. I managed to take the call and he informed us that Adam needed to go to the podium because he was in the yellow jersey.

“I asked Gouvenou why, and he told me that Alaphilippe had received a time penalty. He didn’t go into too much detail and then within 30 seconds of him saying that, we looked up at the television and there was replay footage of Alaphilippe taking the bottle – which they replayed over and over again.

“By that stage, Adam had already showered, got changed and we were five minutes away from leaving the finish area. It was at least 30 minutes after the race had finished.

“So, Adam had to get changed back into fresh bike clothes and make his way up to the podium.”

RIDE Media: It’s quite remarkable. Congratulations to you and the team and to Adam, of course. What happens now? I mean, he was sitting in a good position already but he didn’t have to defend. Are there now going to be Mitchelton-Scott riders on the front of the bunch for stage six?

“If we’d been conservative, we would have been sitting back somewhere on bunch time.

“But it won’t change our plans too much for tomorrow.

“Tomorrow is a stage where Adam will be in the mix and we’ve got the bonus of defending the yellow jersey with a stage that we like as well.”

RIDE Media: Just because he’s got the yellow jersey – and I know that this is going to counter to everything that you’ve talked about in the lead-up to this year’s Tour… but the racing is different, the nature of the Tour is different, and everything is different in 2020, so are you now tempted to try and stray from your original plan and chase the win? Is Adam at that level this year?

Matt White: “No. Nothing changes at all with our plan.

“I think tomorrow, out of respect for the jersey, we’ll let a break go that works for us and then whatever eventuates after that… whether we had the jersey or not, it’s still a stage in which Adam will be very competitive.

“Nothing too much changes for Thursday, the day after that is a sprint stage and then we go into the Pyrenees. So, we’ll just take one day at a time, but we know that the way Jumbo-Visma has been riding this first week, they want to be in the yellow jersey come tomorrow afternoon.

“You can throw a blanket over the first five or six guys.

“If someone who is in the top 16 at the moment wins the stage with any kind of gap, they can take the jersey. So, it’s not us versus Roglic, there’s still a lot of guys who can take the jersey tomorrow afternoon. The difference is, we’re wearing the yellow jersey and have to defend it.”

Matt White: “Ah, I had my salad earlier. [Laughs]

“Usually in those stages it’s either on for a long time or it’s the first break of the day, with usually the French teams – or the teams that have been invited – but today it was a bit of an anticlimax. All of a sudden, we realised that it wasn’tgoing to happen, that teams were content with not going up the road. Then Lotto Soudal and Deceuninck-Quickstep just started to ride a tempo.

“It could have kicked off again but it didn’t. It was a pretty calm stage – actually, it was one of the most relaxed days you’ll see at the Tour until the last hour of racing when there was a bit of wind.

“In the last 50km of racing it ramped up because it had been such an easy stage.

“The final was just as nervous as ever. It wasn’t a normal sprint stage either.

“There were some climbs coming up with one and a half kilometres to go and you saw that some of the sprinters got dropped and some of the other sprinters were hurt enough that they couldn’t unleash their sprint at the same power as normal.”