We conclude our interview with the third-place finisher in Milan-Sanremo. Michael Matthews talks about what he’ll do when the Tour is on, what’s on his schedule until the Giro… he also provides an overview of how the pandemic is affecting life and racing. 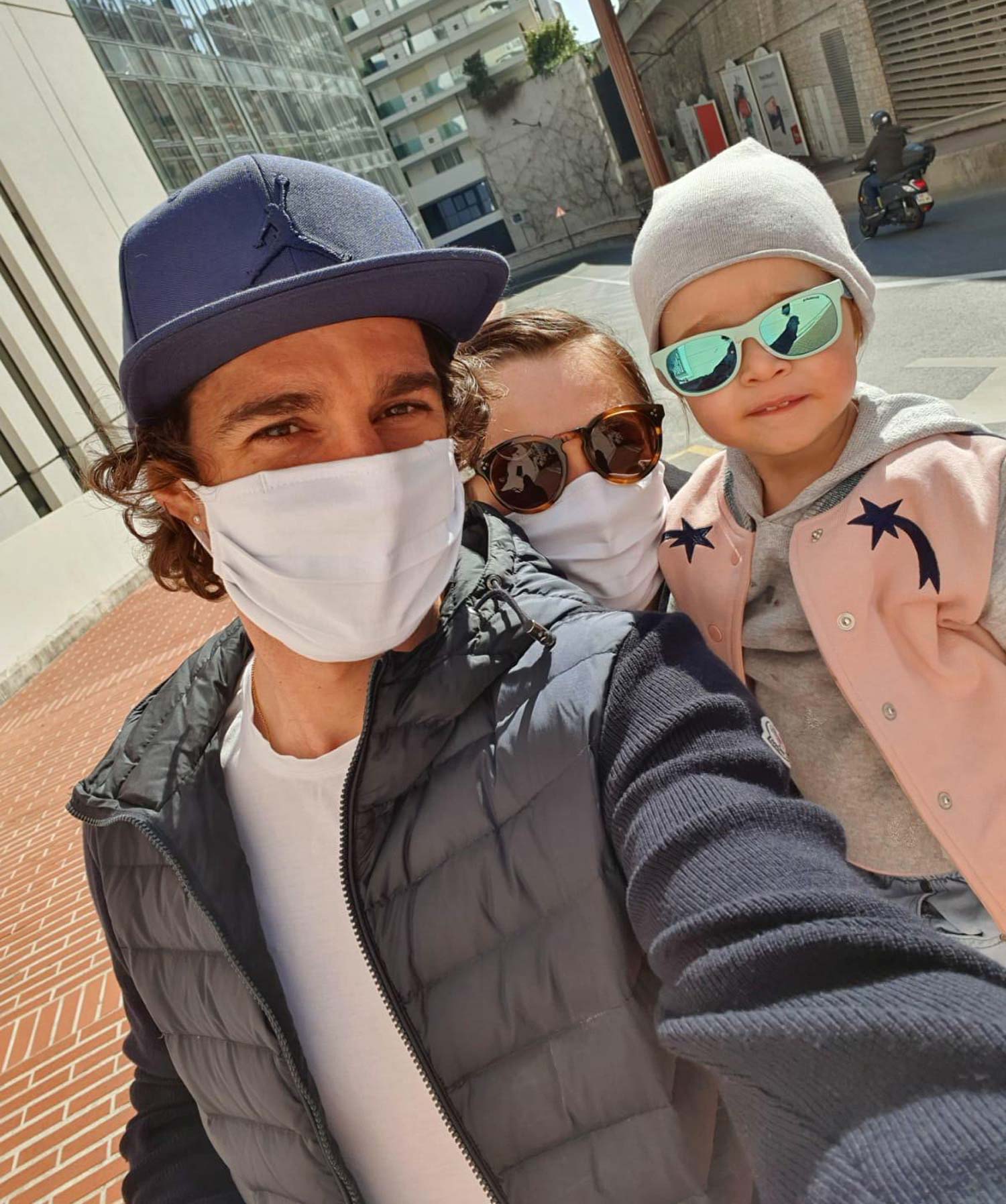 Michael, his wife Katarina and daughter Kaia… out on the streets of Monaco. (Photo: supplied by Michael Matthews)

RIDE Media: Unfortunately, you won’t be doing the Tour de France. Last time we spoke, we had the assumption that you’d be part of the eight-man line-up but that got curtailed a couple of days later [when Team Sunweb announced their rosters for the revised 2020 race calendar]. What are you going to do while the Tour is on? That’s going to be the race that’s on everyone’s minds soon. Are you going to watch some of it?

Michael Matthews: “I haven’t really thought too much about it. I think I may be going up to Livigno for a training camp at that same time, to prepare for the Giro, so I’ll be pretty busy myself preparing myself for my goals.

“Obviously, it’s the Tour de France so we will all hear things about it but I’m probably going to try and switch off from it totally and make sure I focus on myself and get myself into the best shape possible to race with my Team Sunweb boys in the Giro. We have a super-cool team for that race, so it should be fun.”

RIDE Media: The Giro is a little while away, so we can talk about that as it approaches. In between time, do you have racing on the schedule or not?

Michael Matthews: “Yeah, I was meant to have Il Lombardia this weekend. But I have GP Plouay next weekend and then Tirreno-Adriatico two weeks after that, so it’s still a full program but I definitely won’t be sitting at home twiddling my fingers.”

RIDE Media: Does the mood change a little bit in your house when you hear that the world championships have been cancelled in Switzerland and that they could potentially run in Italy… I’ve also heard Austria mentioned, someone even suggested that Nice could be an option for the revised worlds in 2020. Do you know anything about it? And do you have any world championship aspirations this year?

Michael Matthews: “No, I didn’t hear anything about it. I saw that it was cancelled, but that is the extent of my knowledge. I’ll just wait and see what they eventually decide because they can keep saying different countries or different places but in the end it only makes a difference when we know for certain where it’s going to be…”

RIDE Media: So, on that front, it’s not even a matter of being patient, it’s just complete out of mind…

Michael Matthews: “Yeah, there’s no real point to be thinking about it. Before [on the course mapped out for Aigle-Martigny] it was going to be a total climbers’ race. Who know if it’s going to be in a different place but on a similar course…?

“Everyone is in the same boat. No one knows more than anyone else, so as long as it stays like that, I think it’s only fair just to continue what I’m doing and not be thinking about it too much.”

RIDE Media: Last time we spoke you also offered an appraisal of what the mood was like with regards to the pandemic in Monaco. You’re there at the moment and I wonder, can you give us an overview of how it’s affecting life currently…

Michael Matthews: “It’s actually a little sad here in Monaco. No one is really taking the virus as seriously as they should be, I think.

“You look outside and no one is really wearing masks. You see a lot of people in restaurants just being around lots and lots of people.

“For me, I would really appreciate it if people just took it a little more seriously. At least, if you’re going to be outside going on holidays, wear a mask… but no one is really doing that, unfortunately.

“But from today [14 August], in Monaco, you now have to wear a mask outside if you are out in public. Hopefully that rule does get enforced and they really start to crack down on it a bit.

“We’re having between five and 10 cases here each day in Monaco at the moment. I know it’s not a lot but for a small municipality, it’s too much. And you just see the way people are acting – they’re not taking it seriously enough.

“They’re partying all night. There are big tourist boats coming in and out and I think if we want to get back to normal life, we need to do it fast and we need to react to the situation and at least just cover half of our faces with a mask.

“I don’t think it’s that difficult, but I know I’ll do it for myself. As soon as I leave my house to go outside – whatever I’m doing – I’m wearing a mask, other than when I’m on the bike, obviously, because I don’t want to choke myself…”

RIDE Media: And the feeling in the race while you rode 305km at an average of over 41km/h…? Were you taking in what the vibe on the roadside was like? Were there lots of people? How was the atmosphere there?

Michael Matthews: “Milan-Sanremo is always a long race so the peloton is quite isolate for a lot of it. But I think, at the key points of the race, there were still some people watching. To be honest, I didn’t really notice. I was so focussed on what I was trying to do.

“I saw some people on the side of the road, especially on the Cipressa and Poggio – like always, there were crowds.

“It didn’t feel too different to be honest. But in the peloton with the riders it was quite strange.

“I was trying not to go close to too many riders because, with the protocol of the testing, you get a test three days before the race but then you take a flight, go through airports… all this stuff where you could potentially pick up the virus along the way.

“I understand that what the UCI has done with the protocols is good, but I don’t think it really keeps us 100 percent safe.”

RIDE Media: Apart from what you just described about riding in the peloton, where you might be keeping a distance when you’d otherwise be quite close, were people… ah, I’m trying to verbalise a question about how riders deal with nasal secretions and stuff like that. Was it more mannered?

Michael Matthews: “I get what you’re trying to say. To be honest, I actually didn’t see anyone blowing their nose or spitting which was quite good.

“It was also so hot that you didn’t really need to, which was also nice, I guess.

“But it was more just the sweat that was flying everywhere on Saturday that we could all feel in the bunch. From what I saw in the peloton, everyone was being quite careful which is good to see.”

RIDE Media: It’s always a pleasure to catch up. Thanks for answering a few questions and getting us a little bit closer to the life you’re living. Sorry to hear that you miss out on Lombardia but we look forward to seeing you back in action.

Michael Matthews: “Yep. Awesome. Thanks for the call.”